10 Photographers With the Craziest Sets and Costumes

By Alice Yoo on September 4, 2009
Photo by Simon Procter 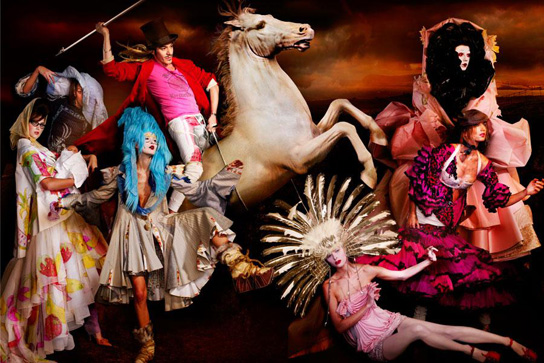 Step into the world of one of these photographers and you may never want to return (well, everyone but Ruvan Afanador and Eugenio Recuenco). What each of these photographers possess is a talent so deep that they can whip together a whimsical wonderland most of us could never imagine. Bordering on theatrical, these photos have everything from elaborate sets to expensive costumes. And though it would seem quite preposterous that hours and days of planning would go into taking a single picture, these snapshots have that everlasting effect of being forever etched in our memory. Ruven Afanador 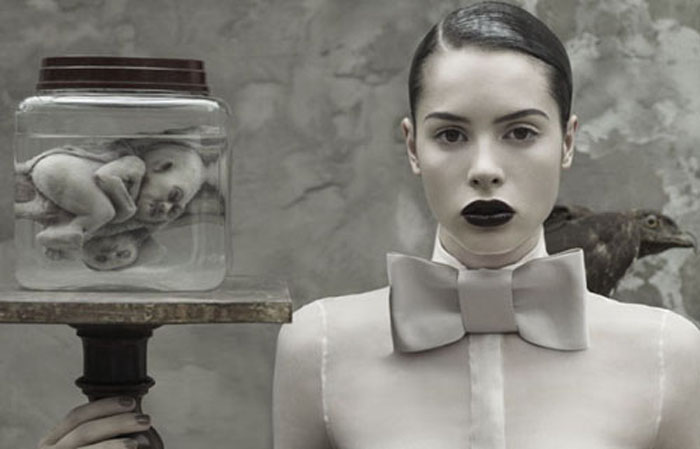 Ruven Afanador is a Columbian photographer who's not only featured in major fashion magazines but who's also created his own books – Torero and Sombra. Here he scares the beJesus out of us by photographing our relationship with death. [Link]Steven Klein 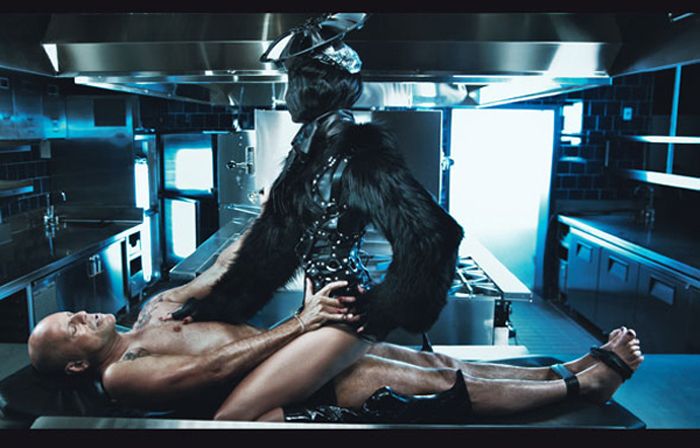 Steven Klein is an American photographer who's worked with everyone from Brad and Angelina to Madonna. He's known for his “seedy glamour,” which NY mag says is “never so out-there as to be alienating.” Recently, he shot a futuristic spread title Extreme Couture featuring Rihanna for Vogue Italia. [Link]Tim Walker 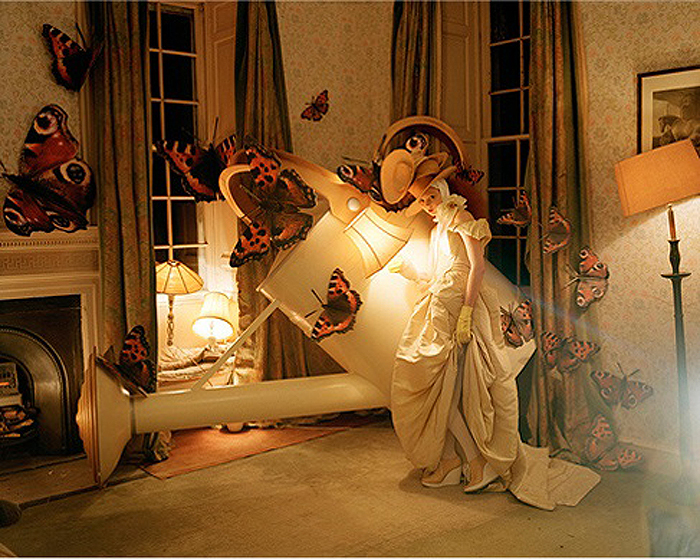 Much like the dreamscapes Annie Leibovitz creates, Tim Walker is one of those people who can create fairy tale worlds and make them come alive. As a fashion photographer for Vogue, he's entranced readers with his romantic characters and his extravagant staging. [Link]Rodney Smith 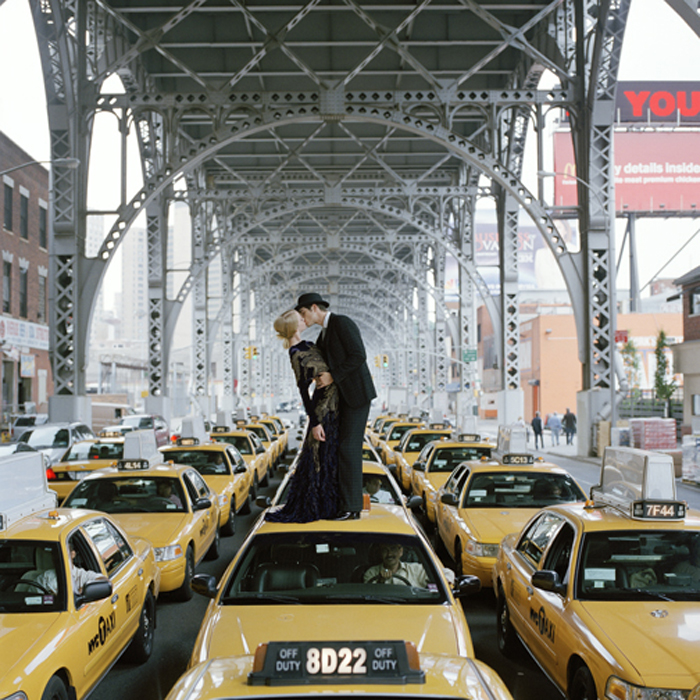 Rodney Smith is one of those gifted photographers who makes you feel like you've been transported into a beautiful movie set. Each picture carries with it a story that only the viewer can interpret but one that conjures up feelings of passion and love, of longing and desire. [Link]Alexia Sinclair 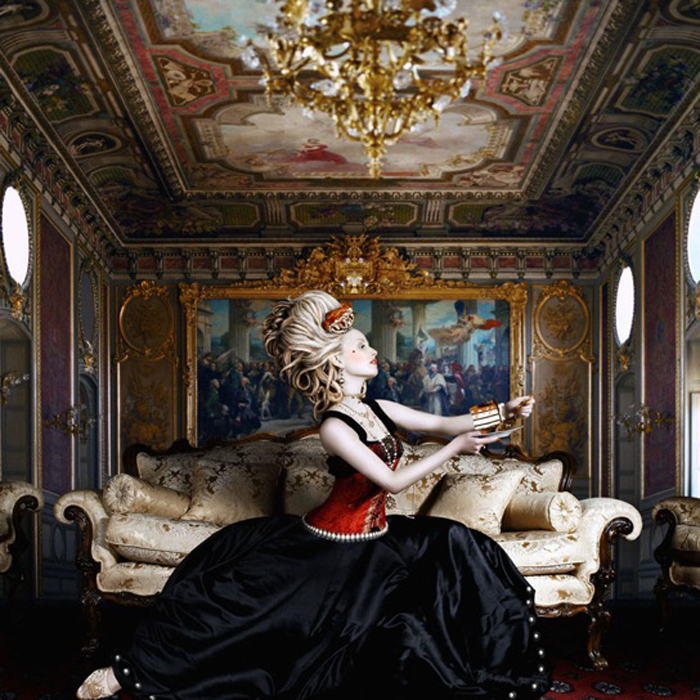 Alexia Sinclair is an award winning photographer and digital artist who's distinct style is easily recognizable. Using a visual narrative to seduce her audience with each photographic feast, Sinclair's art is dark and seductive, baroque and symbolic. [Link]Nathan Schroder 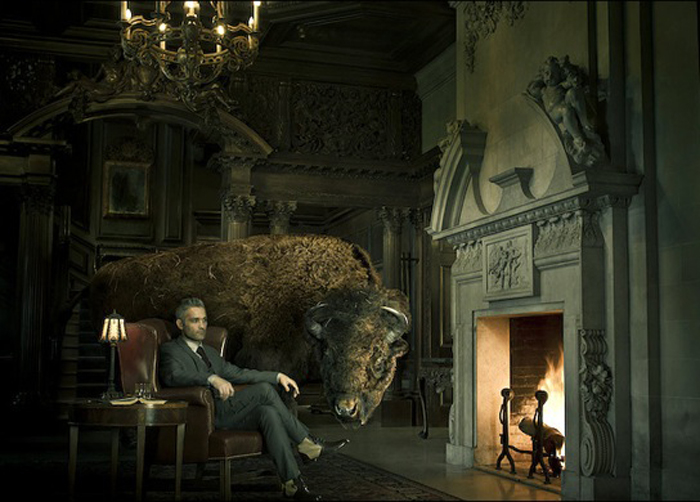 Nathan Schroder's haunted mansion series is like a grown-up version of the Disneyland ride. Like a spread you'd see in Esquire or Vogue, Schroder's work is modern and classy but with a dark, sinister twist. [Link]Steven Meisel 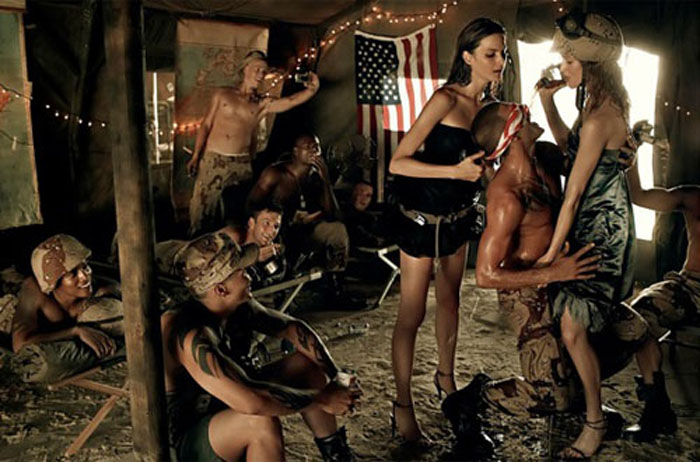 Steven Meisel is an American photographer, who's best known for his photographs of friend Madonna in her 1992 book Sex. He is considered one of the most successful fashion photographers in the industry. Always one to push the limits, Steven always stuns us with his originality. Eugenio Recuenco 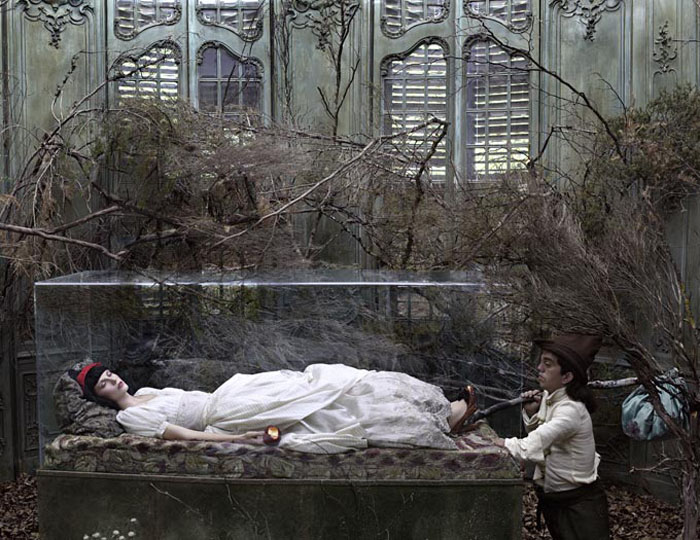 Eugenio Recuenco is a photographer from Madrid, Spain, who's personal style has been referred to as “cinematographic.” He creates dark and mysterious stories that have been featured in magazines like Vogue. [Link]Simon Procter 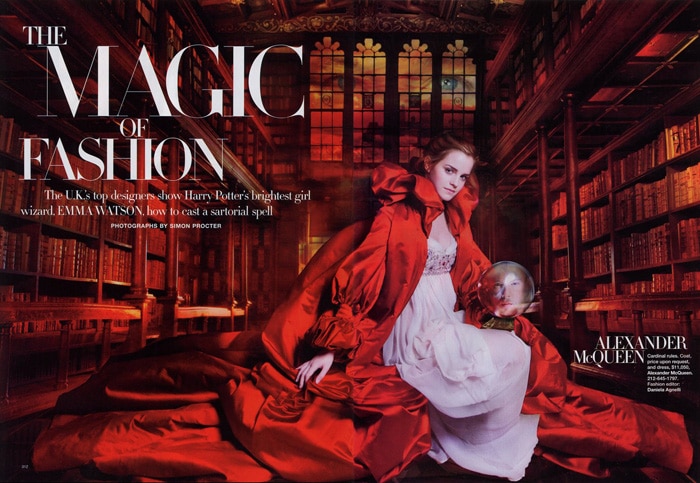 I first came across Simon Procter's photos in October 08 issue of Harper's Bazaar. The editorial, titled The Magic of Fashion, showcased Emma Watson wearing everyone from Alexander McQueen (shown here) to Giles Deacon. The way he creates dreamy scenes is otherworldly. [Link]Annie Leibovitz 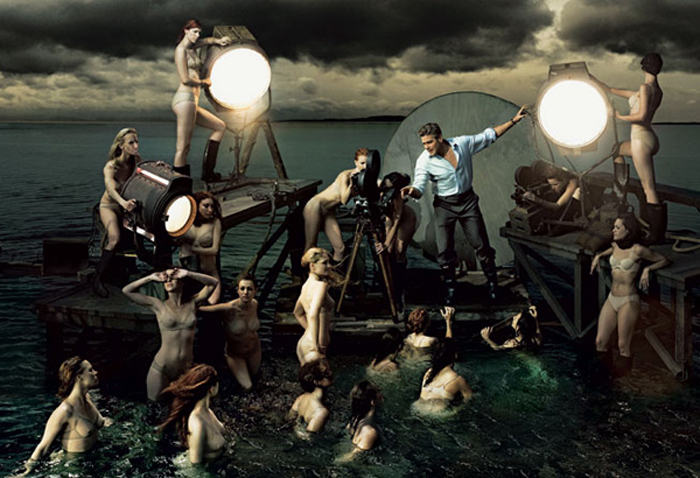 The queen of elaborate set productions, Annie Leibovitz will go down in fame as one of the most talented photographers of our time. Often regarded as a perfectionist, Annie will go to great lengths to nab the perfect shot.

Just an Amazing Eye: Why I Love Photographer, Annie Leibovitz