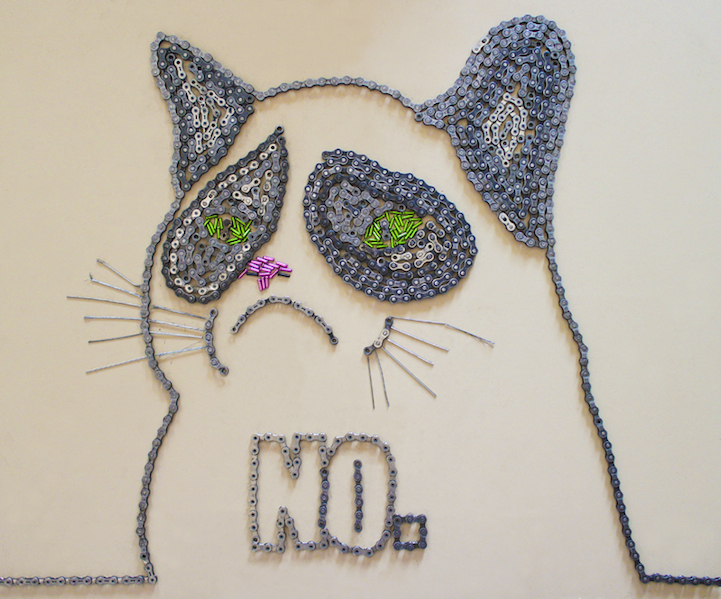 Graphic designer and cyclist Jennifer Beatty has found a way to bridge her two identities in a creatively-challenging way. Her series 100 Hoopties is a design project where every day for 100 days she recreates an iconic poster design with scrapped bicycle parts. The images are a way that the avid cyclist can upcycle her collection of bike-related objects and use her artistic skills to create something that's unusual, engaging, and fun.

Using bike chains, cables, inner tubes, and other parts, Beatty forms the contours of icons in popular culture. The chains seem to be especially helpful for crafting a bold outline, while things like red reflectors add accent color. It's incredible that she's able to use these unconventional items to so accurately depict our favorite Internet memes, classic albums, and famous artworks.

The series began on April 7, 2014, and will wrap up on July 15, 2014. So, there's still time to follow along and enjoy the posters as Beatty creates them. 100 Hoopties is part of 100 Days projects, which was taken on by 2014 Masters in Branding graduate students at the School of Visual Arts in New York City. 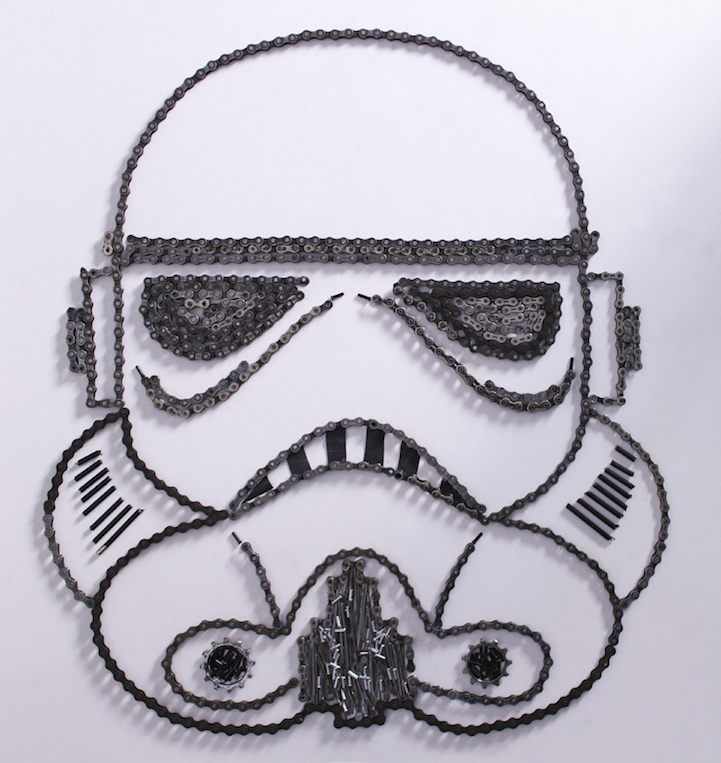 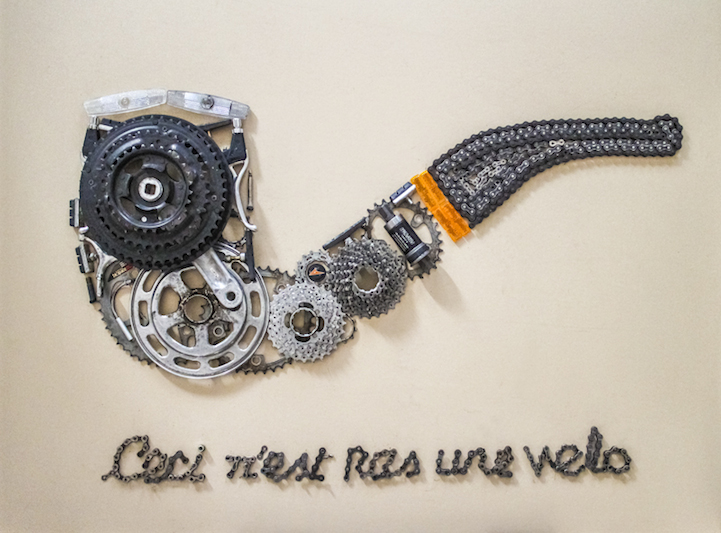 The Treachery of Images by Ren Magritte 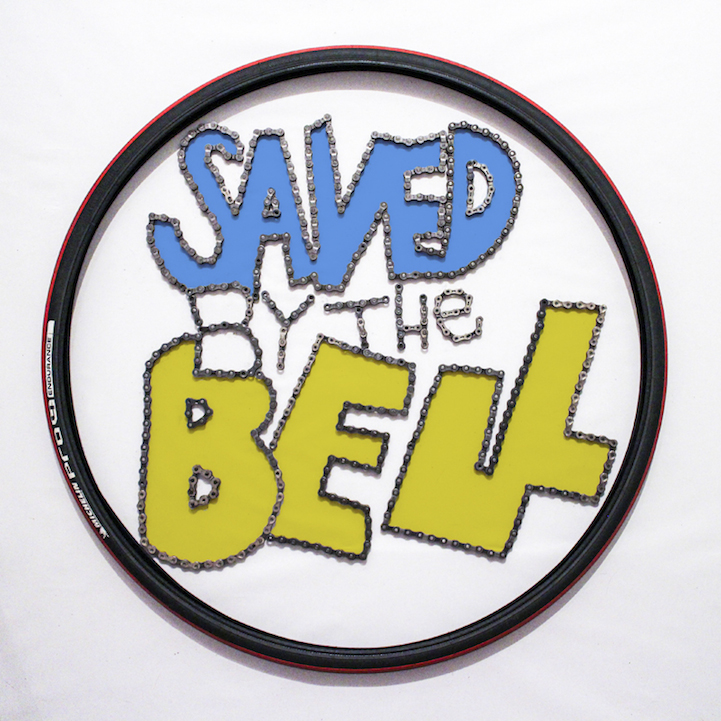 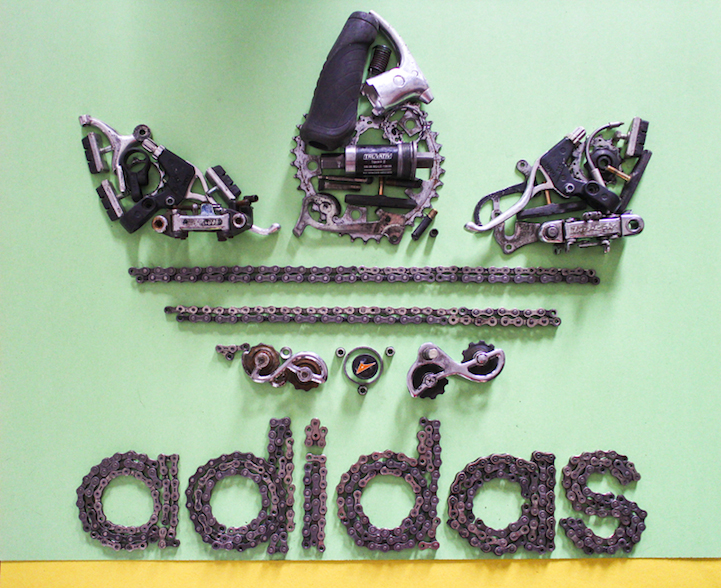 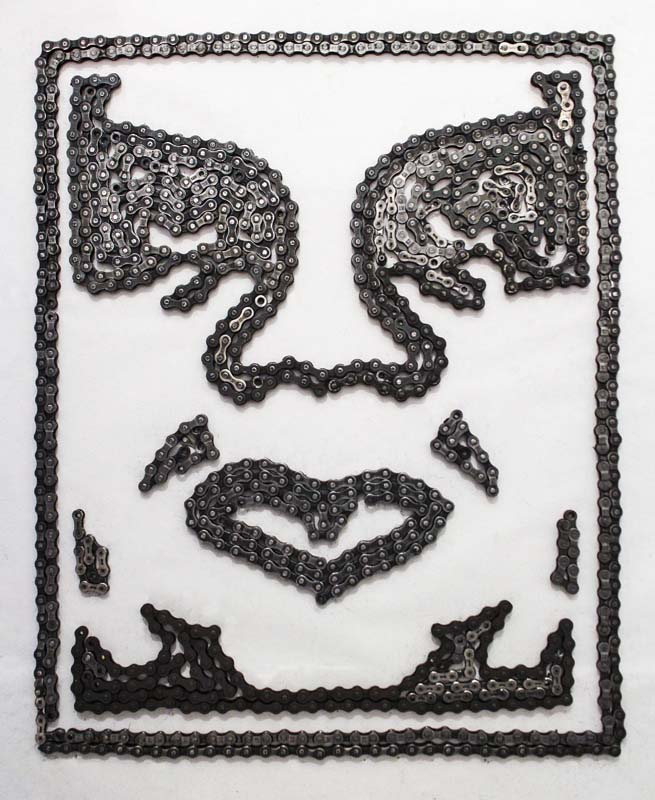 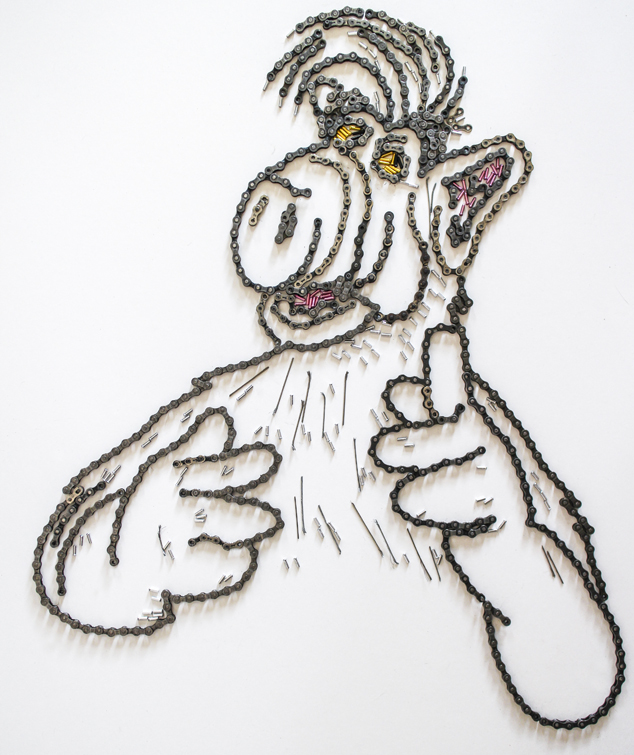 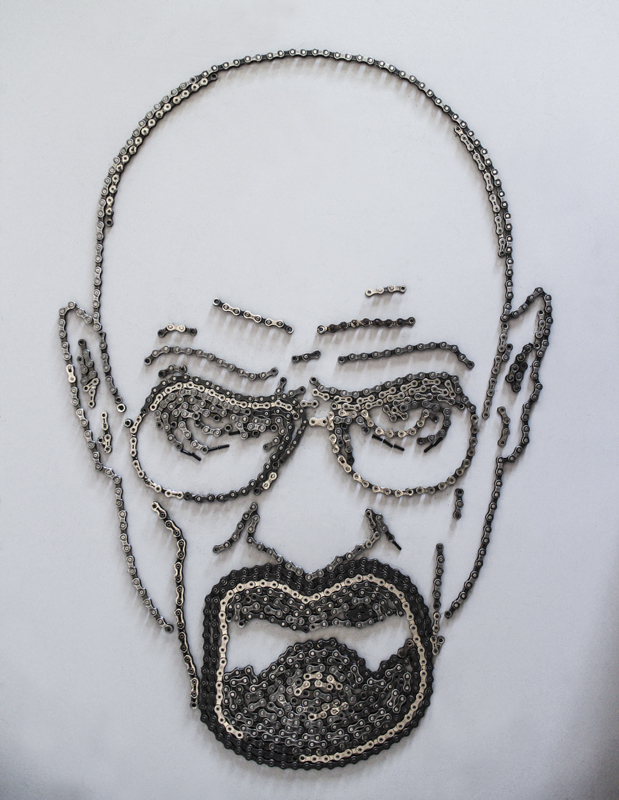 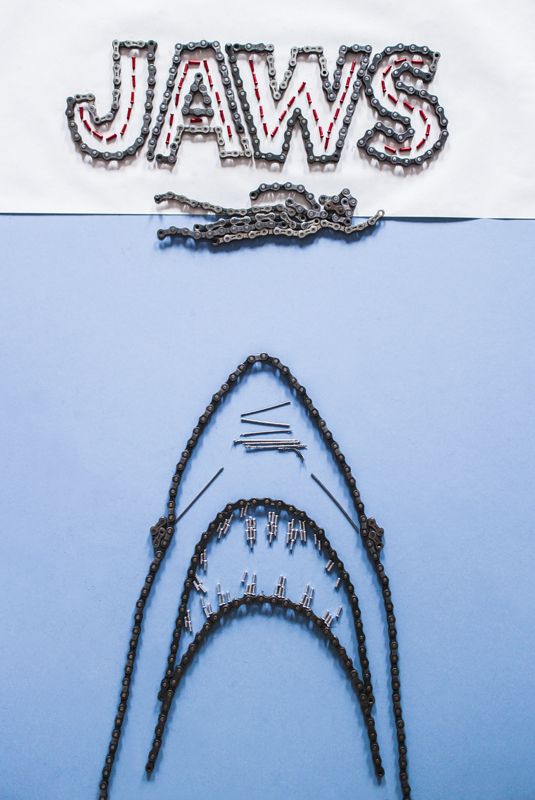 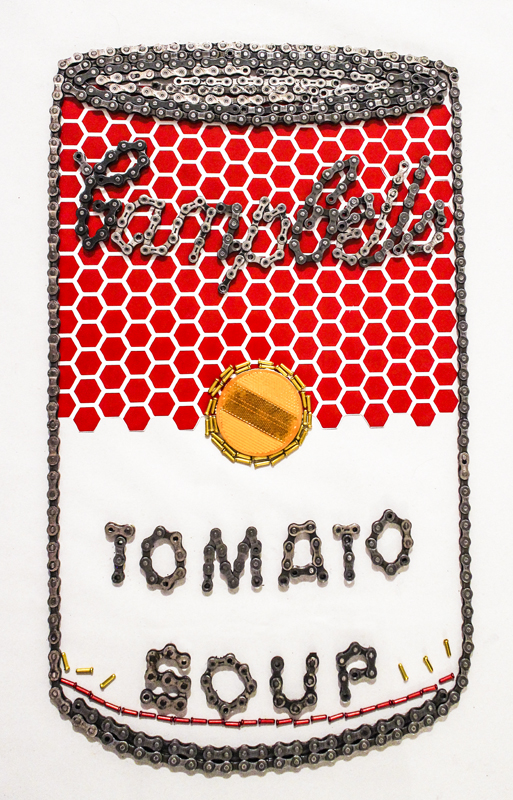 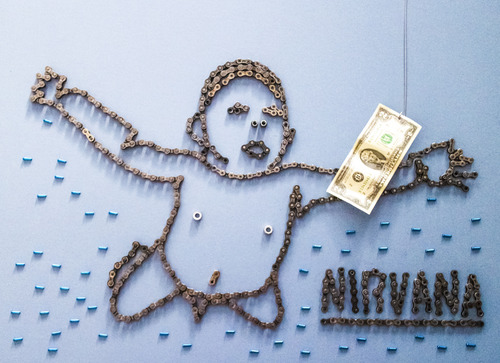