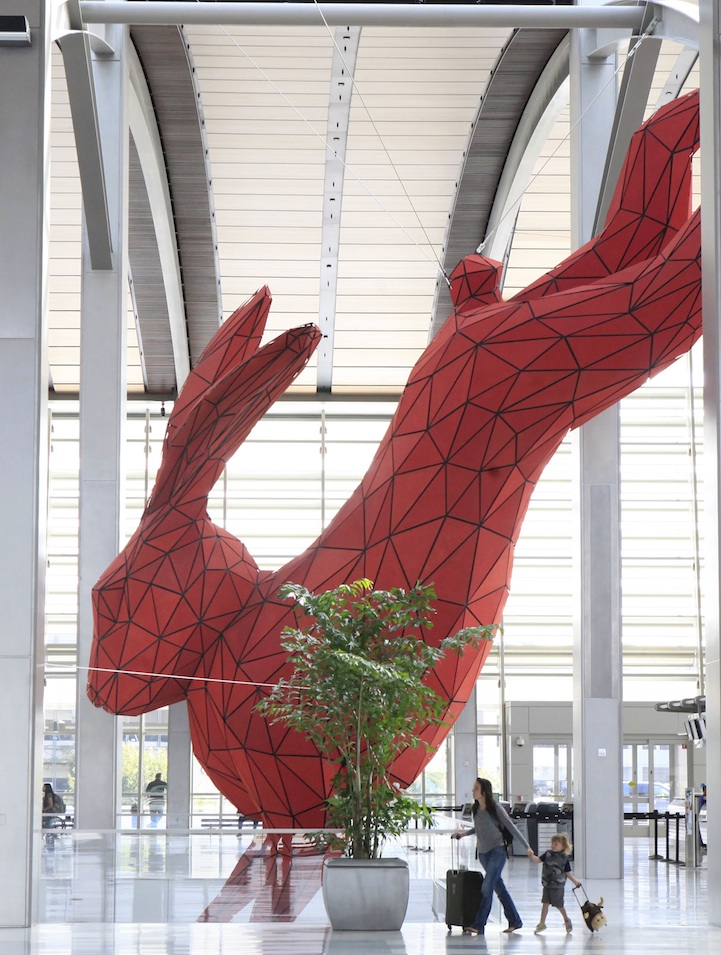 Though this 56-foot-long, 10,000-pound aluminum rabbit may seem like something out of Alice in Wonderland, it's actually the work of Denver artist Lawrence Argent who's known for his gargantuan pieces of art like the 40-foot-tall big blue bear outside the Colorado Convention Center in Denver. Currently “hopping” its way around the Sacramento International Airport's new terminal, the $800,000 sculpture titled “Leap” is causing quite a stir with the community.

“I wanted to play around with the idea that something has come from the outside and leapt into the building,” Argent told The SF Examiner. “Scale, position, all had something to do with becoming one with the architecture and not a separate entity.”

Just how was this gargantuan sculpture created? Through the use of computer 3-D modeling techniques and the manipulation of digital data, files of the rabbit were generated then sent to CAD/CAM equipment for milling and fabrication. The work utilized composite materials with a red finish. It took over three years to complete the project and the biggest challenge, according to Argent, was having “to redesign the rabbit after moving forward with initial design and fabrication out of composite materials to ‘a non flammable' material. Fire martial's request. Then, it was getting the rabbit into the airport through the double doors in baggage claim.” 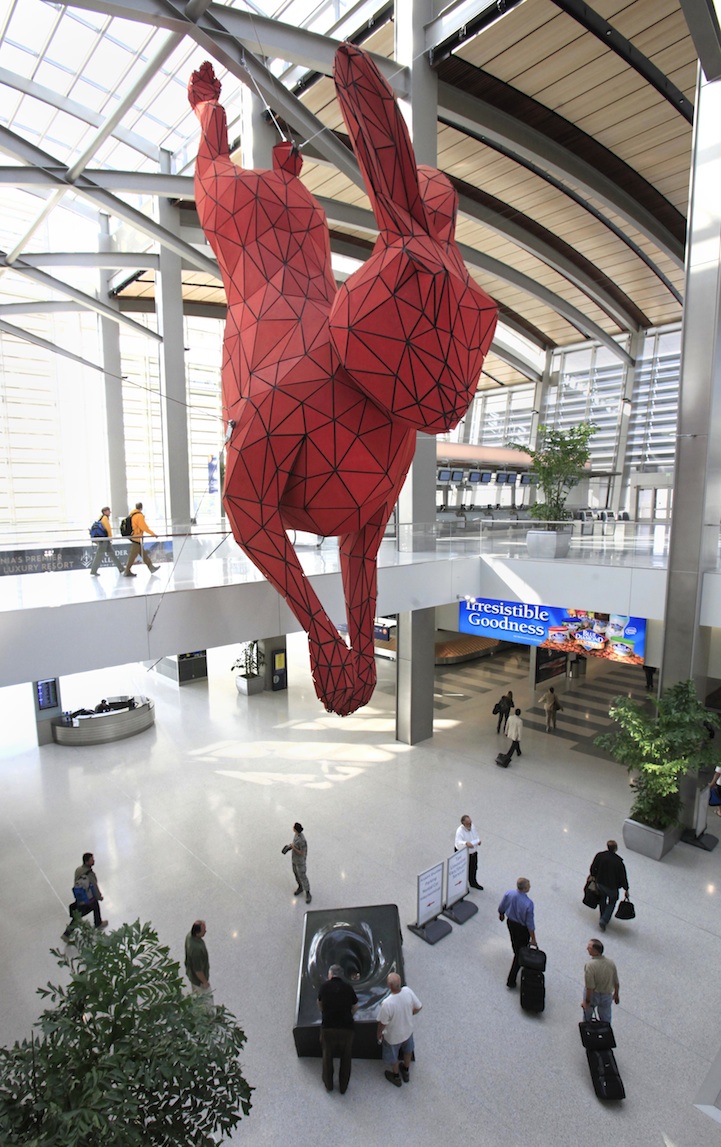 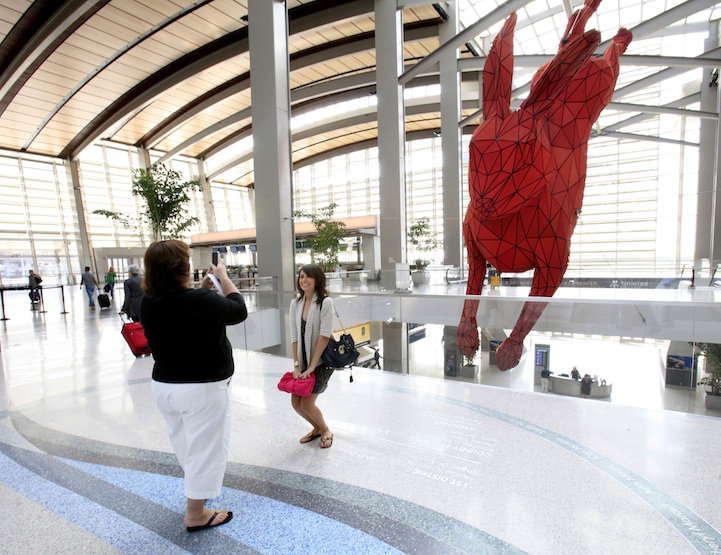