11 Interactive Sculptures Waiting for You 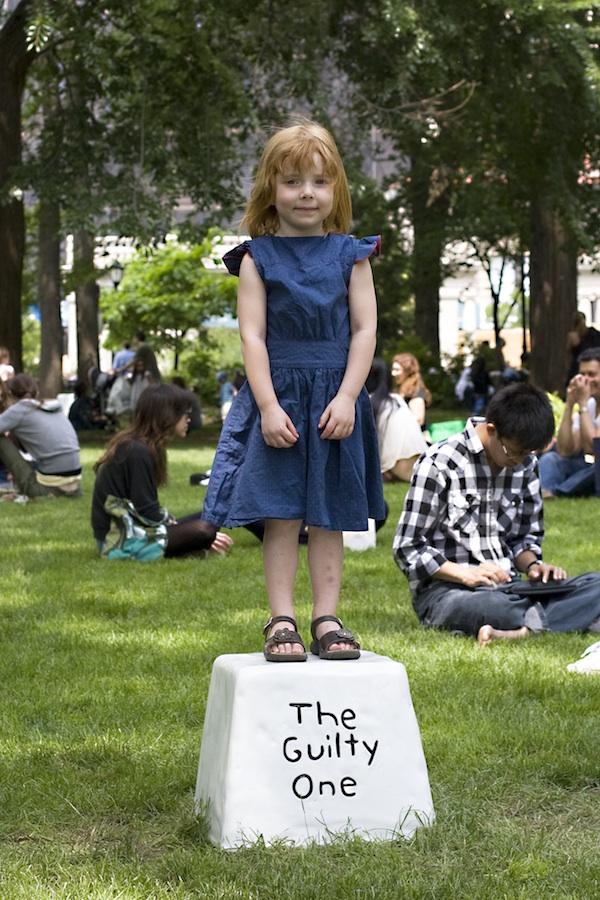 MOCA just sent word about eleven sculptures that will be waiting for you! These art pieces just won't feel complete until a human interacts with them. The show, which is called Eleven Heavy Thing, is the brainchild of Miranda July. The Berkeley, California-raised artist wanted to invite visitors to play with these sculptures, thereby elevating them to performance pieces. As MOCA states, “Through collaboration and dissemination, the audience shifts and the viewer becomes the subject of the work.”

This is the first time this installation has been in Los Angeles.

So, what can you expect? Everything from pedestals to stand on (like three in ascending height that read “The Guilty One,” “The Guiltier One,” “The Guiltiest One”), tablets fashioned with holes for body parts, and freestanding abstract headdresses. There's even a wider pedestal for two people to hug on that hilariously reads, “We don't know each other, we're just hugging for the picture.” 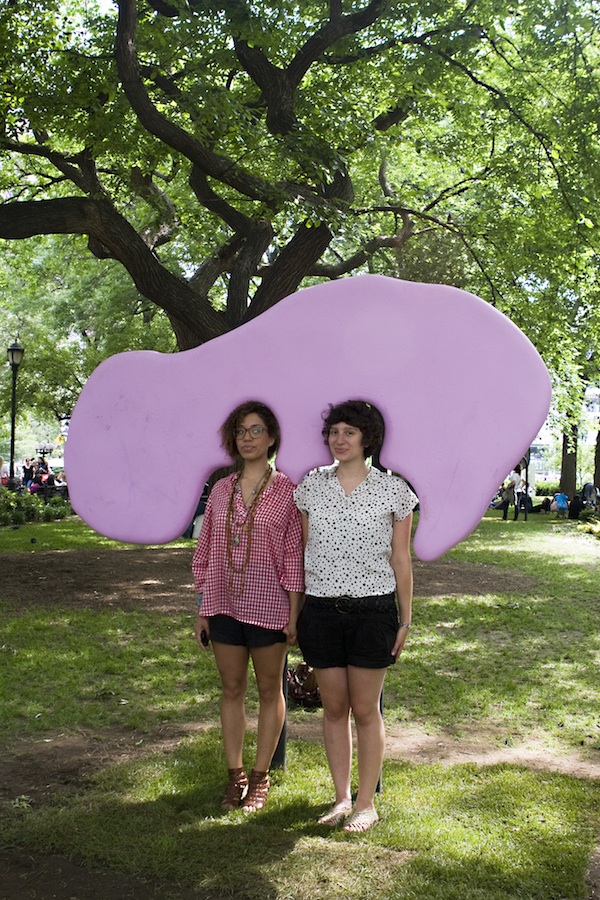 Miranda July: Eleven Heavy Things opens on July 23 at the MOCA Pacific Design Center and will be on view until October 23, 2011. If you're in Los Angeles, or just passing through the city this summer, make sure to check it out!

For more information, head to MOCA.