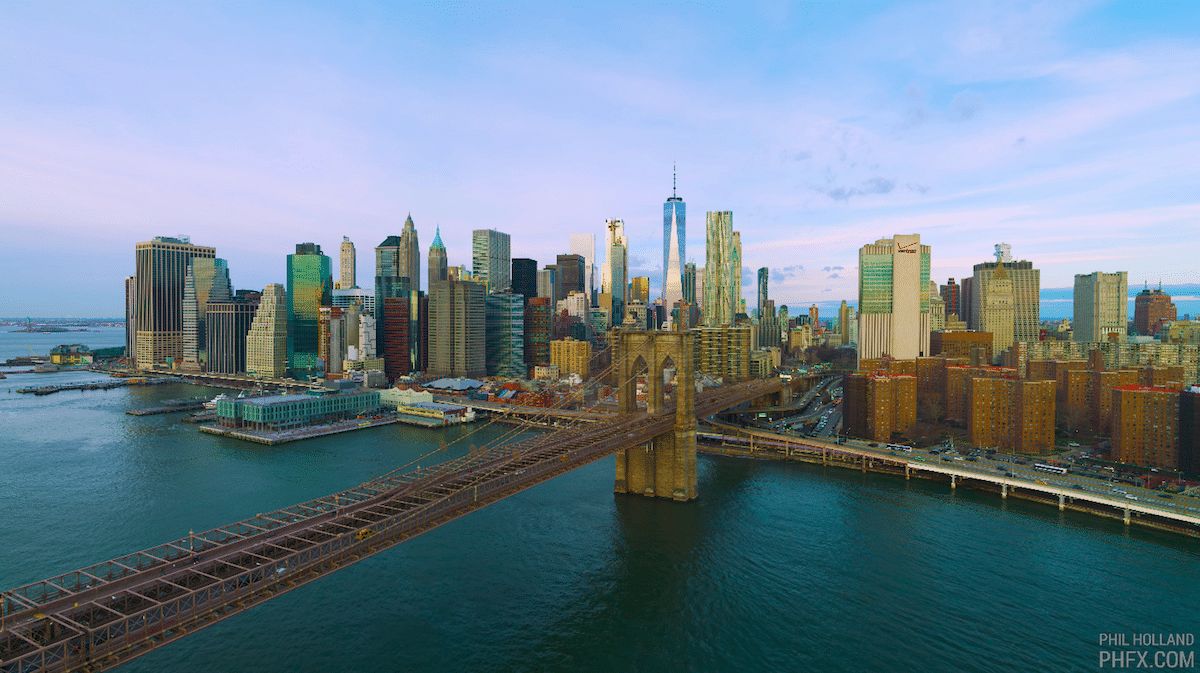 As camera technology continues to develop, today’s photographers and videographers are able to capture the world in ultra-high definition. One creator to demonstrate the most recent advancements is cinematography artist Phil Holland, whose mesmerizing video Above NYC captures a sweeping aerial view of New York City in dazzling, 12K detail.

Shot using three RED Weapon Monstro 8K VistaVision cameras pointed in different directions, Holland mounted them together on a special rig called the Shotover K1 Hammerhead, which was then fastened to a helicopter. The footage from each camera was then stitched together to create the spectacular 12K footage that has 48.5 times the resolution of 1080p and the equivalent of 100 megapixels per frame.

Holland explains, “Putting the video together in post was equally tricky, as everything needed to be aligned, warped, stitched and blended. Because all three cameras were pointed in different directions, shots needed a perspective adjustment to create a perfect rectilinear projection.” The resulting large-format video is so high-res that it’s currently too advanced for current ultra-high definition televisions (UHDTVs) or monitors to display (max. 8K).

The incredible video details the glittering NYC skyline at night from a bird’s-eye view. As the camera moves above, viewers can appreciate the vast cityscape below, featuring colossal skyscrapers and multi-story buildings, with tiny yellow cabs and minuscule pedestrians in between, which can be seen down on street level.

Check out an exported version of the video for yourself below, which is best viewed in full screen at 4K or 8K.

Phil Holland’s cinematography demonstrates the most recent advancements in camera technology with his mesmerizing video Above NYC, shot in 12K. 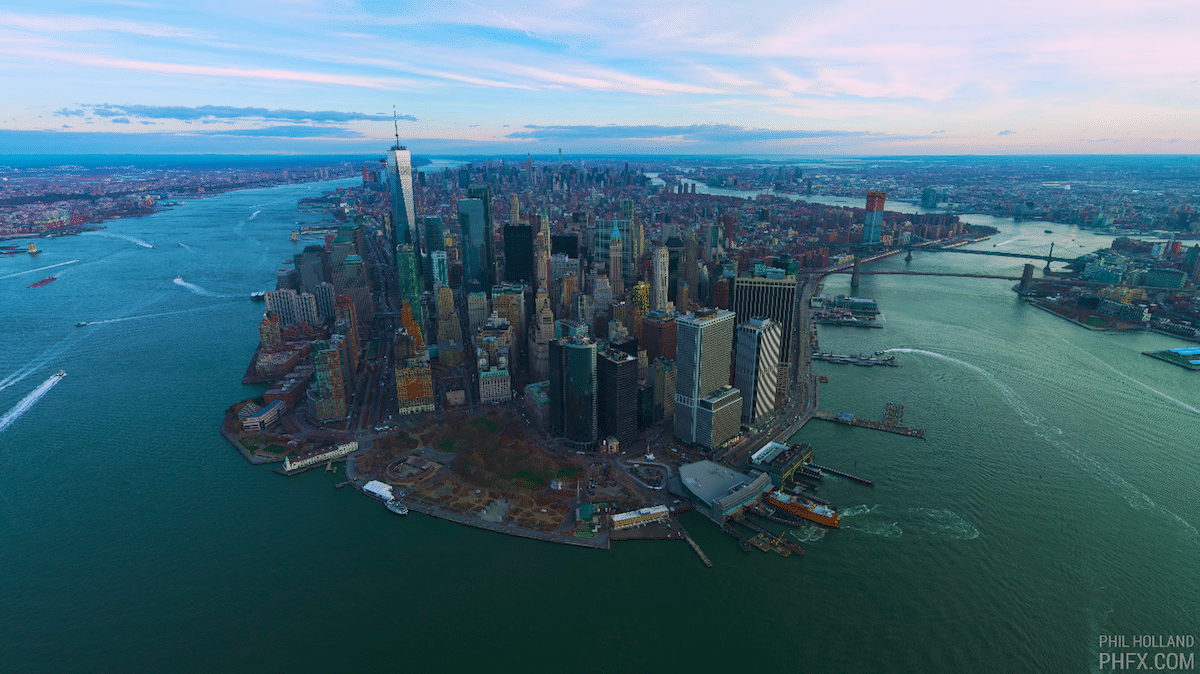 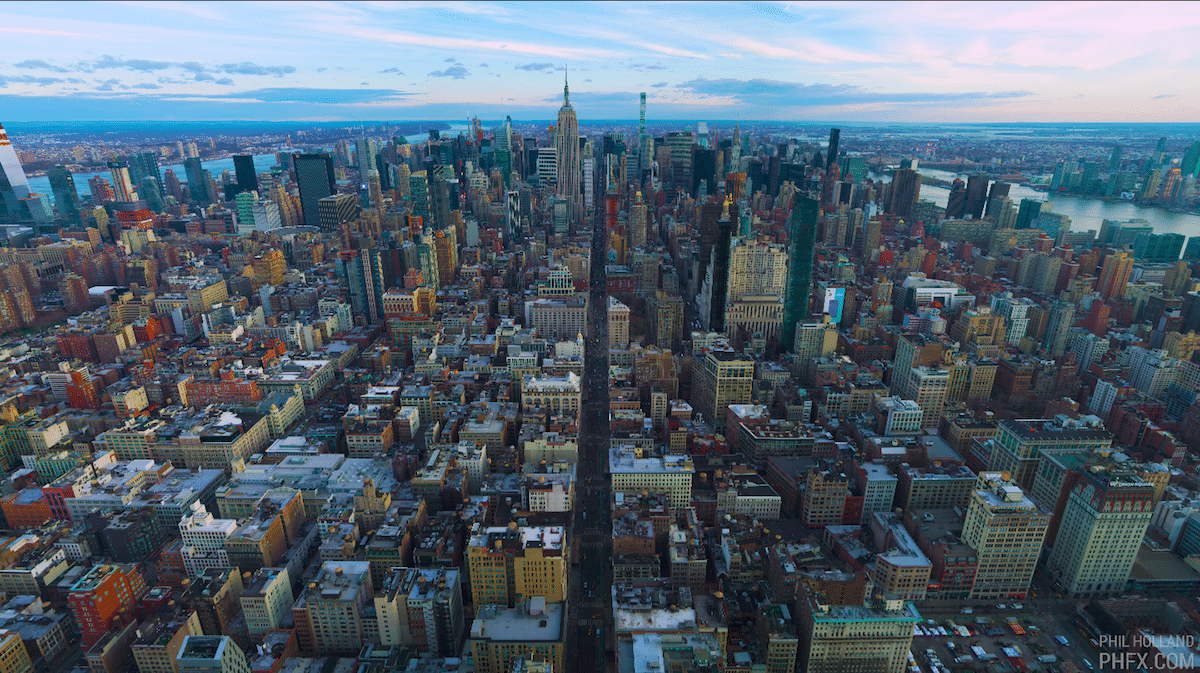 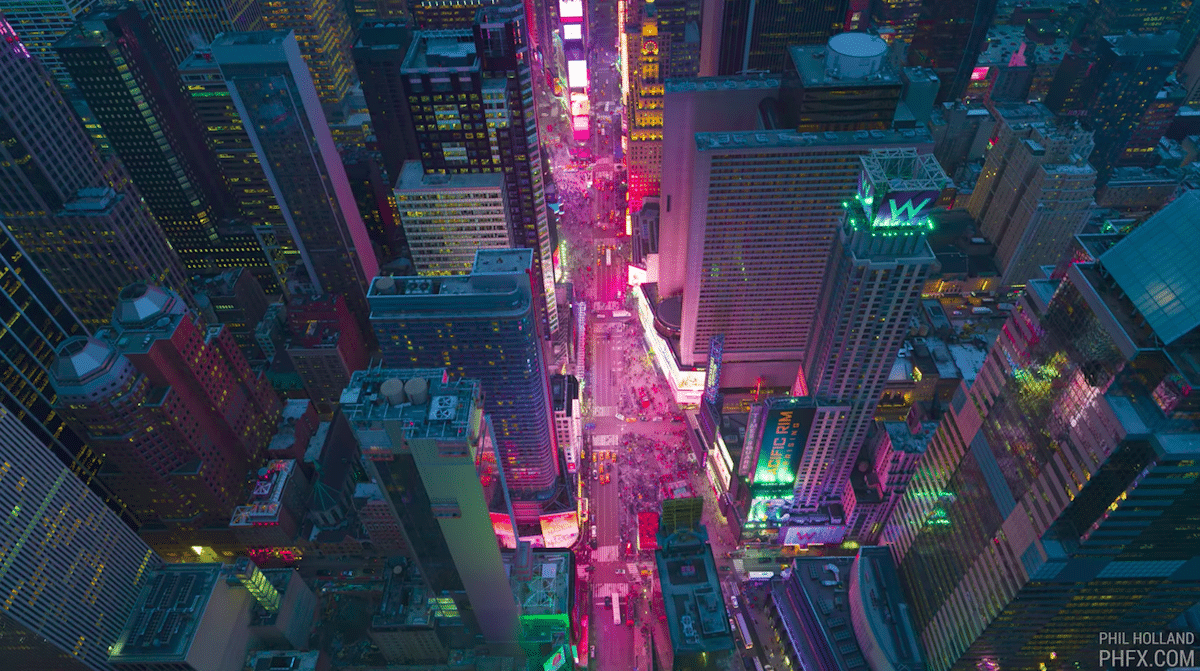 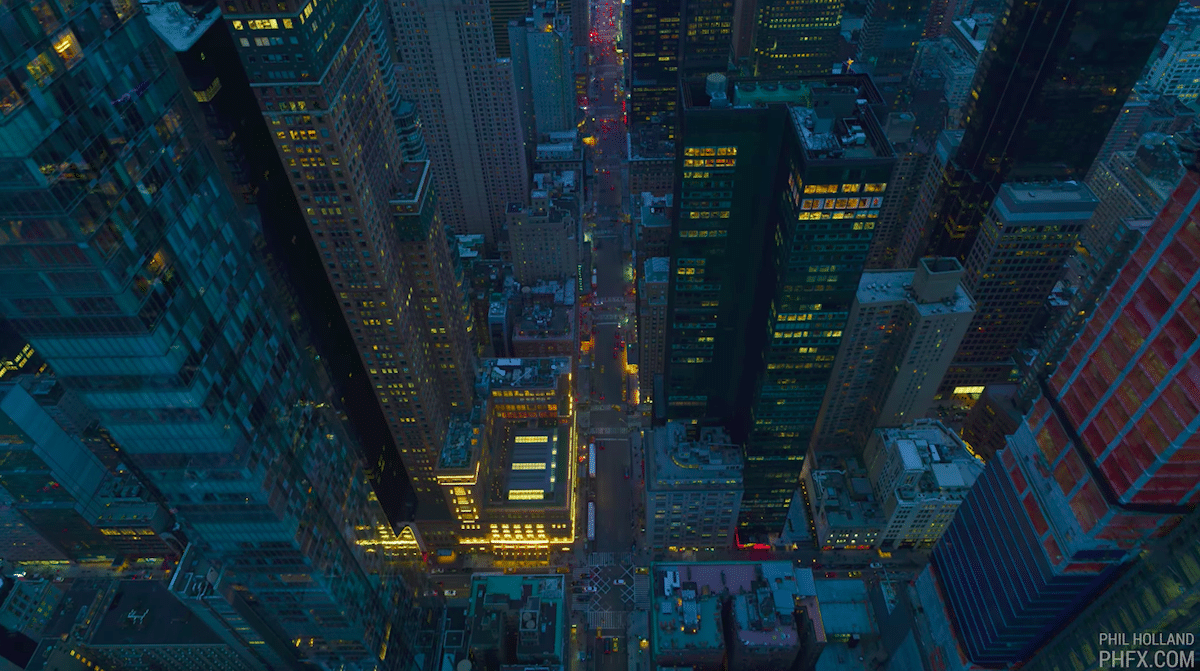 Check out this exported version of the footage, which is best viewed in full screen at 4K or 8K.

All images via Phil Holland.