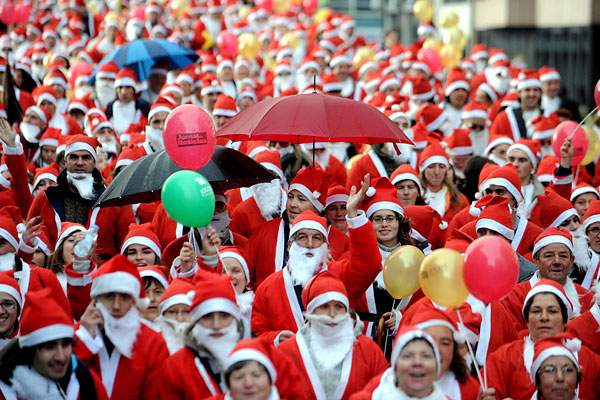 Whoa, Santa! More than 14,000 people dressed as Santa Clauses paraded in Portugal's city of Porto this week to try to set a new world record for the largest gathering of Santas and raise money for charity. Despite cold weather and drizzling rain, the crowd in red-and-white hats and jackets, including scores of women and children with fake white beards, strolled through the city streets singing songs and dancing in the annual parade that started in the afternoon and continued after dark. Every Santa who took part in the parade donated 1 Euro to buy presents for the needy children in Porto, Portugal's second-largest city, Vitor Ferreira, one of the organisers of the event, said. Over 14,200 showed up in the end, which organisers claimed to be record, according to RTP national television channel. According to the Guinness World Records website, the previous world record for the largest gathering of Santas was set last year in Derry City, Northern Ireland, where a total of 12,965 people took part dressed up as Santa or Santa's helpers. 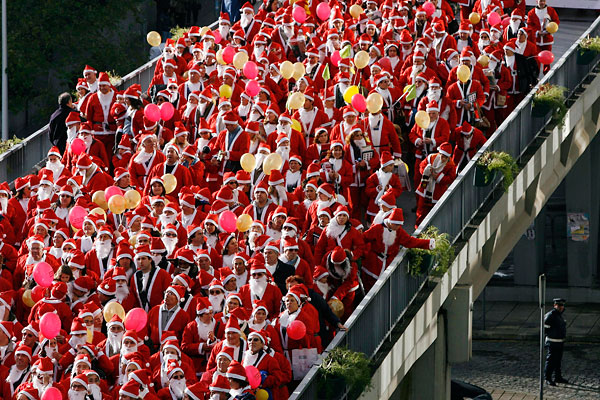 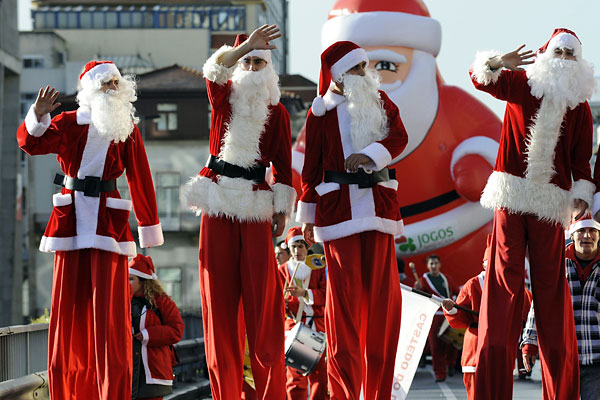 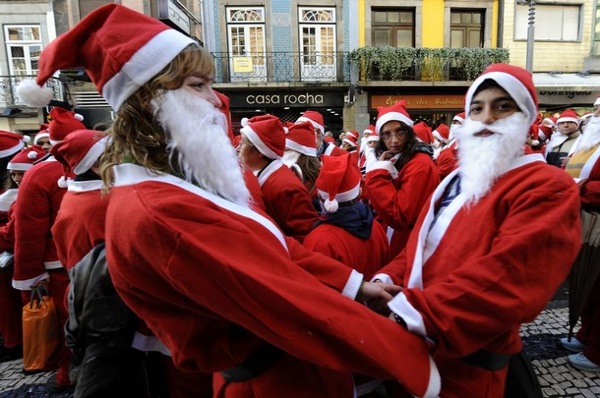 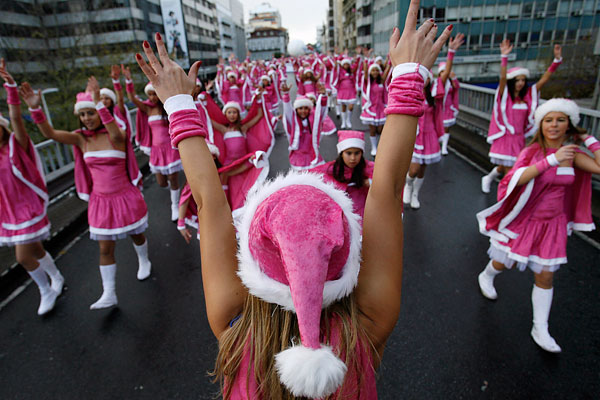 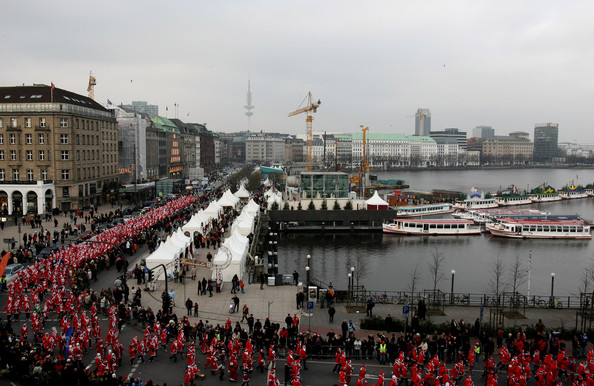 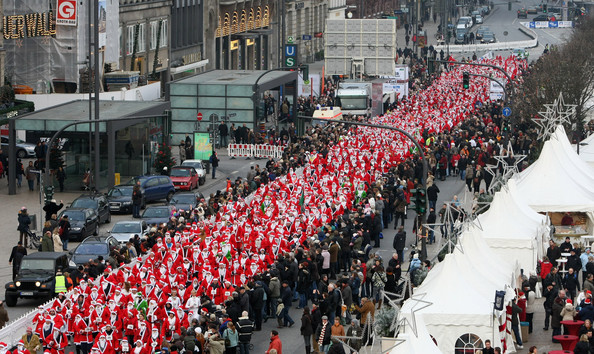 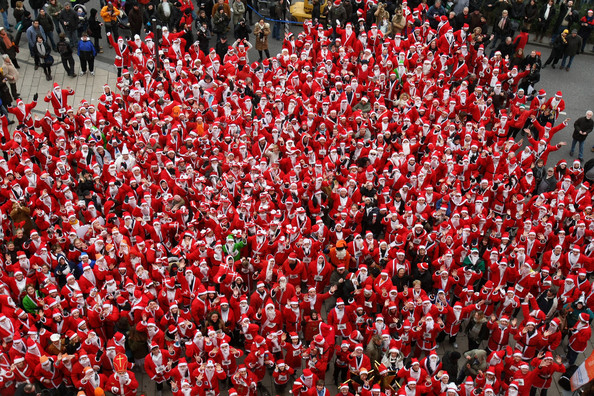