It's not everyday you see a book that can be read in six completely different ways, and this small book from the National Library of Sweden is definitely an anomaly. According to Medieval book historian Erik Kwakkel, this 16th century text has a special sixfold dos–dos (or “back to back”) binding with strategically placed clasps that makes it possible for six books to be neatly bound into one. This particular book contains devotional texts, including Martin Luther's Der kleine Catechismus, which was printed in German between the 1550's and 1570's.

While it could be hard to keep your place in this book, you can't ignore that the engineering of it is quite a feat. In the age of the Kindle, Nook, and iPad, it's a nice reminder of handcrafted ingenuity. 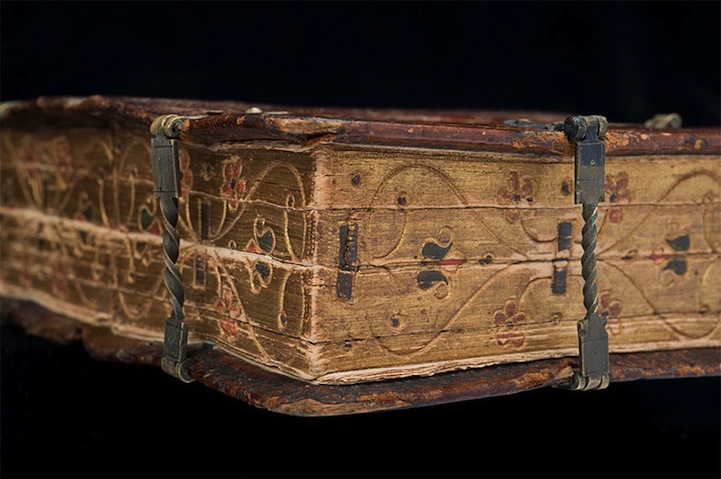 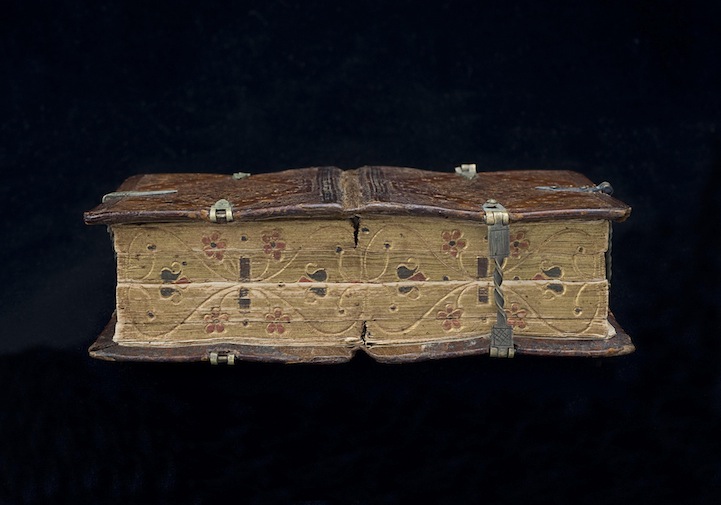 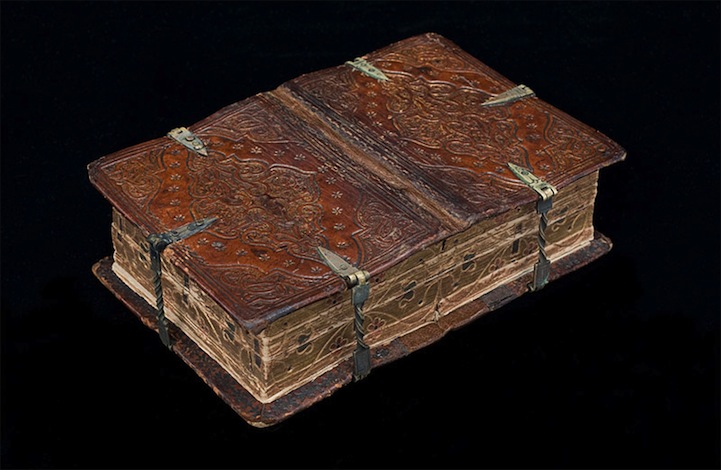