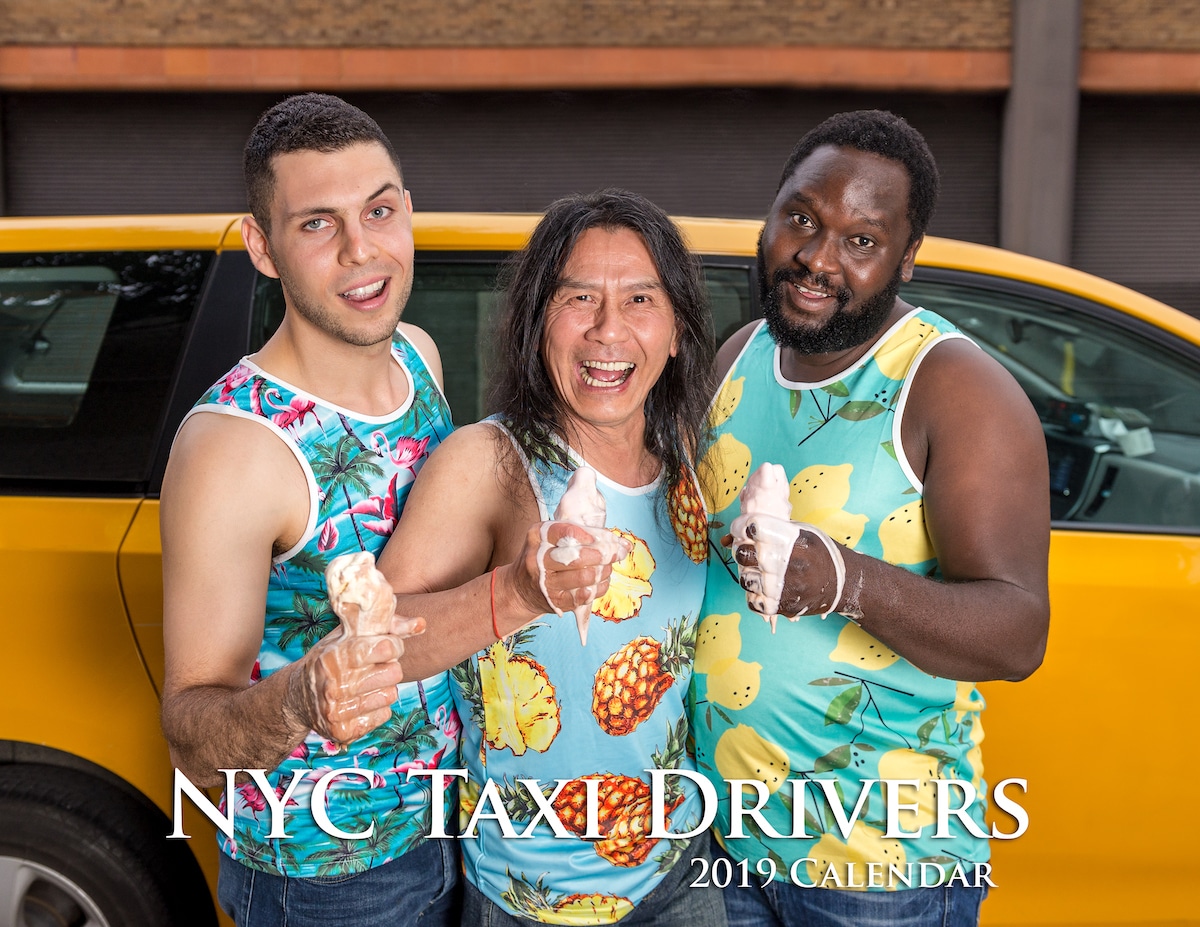 The new year is already looking good thanks to 12 of New York City’s finest taxi drivers. This group of men and women has showcased their playful personalities for the annual 2019 New York City Taxi Drivers Calendar. Now in its fifth year, the annually-released calendar offers an amusing alternative to the traditional pin-up with the yellow cab operators posing in unexpected ways.

The 2019 edition of the calendar has the same sense of humor as in years past. For this upcoming trip around the sun, many of the participants have recreated “sexy” poses in a tongue-in-cheek fashion. The January portrait, featuring a driver named Bamba, evokes a glamorous Marilyn-Monroe moment—complete with flowing white fabric—but amidst the backdrop of a humble taxi minivan. Likewise, June’s photo of a man named Alex is a nod to Britney Spears’s “I'm a Slave 4 U” performance from 2001. He, too, is posing with a large yellow Burmese python wrapped around his body.

Some of the photos aren’t considered sexy but are instead delightfully silly. This is exemplified in the cover shots. The front has three men—Greg, Alex, and Bamba—smiling as they allow ice cream to melt down their arms. And on the back cover, there’s a cabbie being swept away by a runaway car. The reaction, however, is surprising; in the action-packed shot, Golam hangs onto the door handle with a smile across his face.

It s all seems like silly fun, but the 2019 New York City Taxi Drivers Calendar is actually created for a good cause. A portion of each calendar sale benefits NYC’s University Settlement, which is America’s oldest settlement house that assists over 30,000 immigrant and working individuals and families each year. To date, the calendars have accrued nearly $70,000 in donations. You can get your copy in the New York City Taxi Drivers online store.

Every year, a group of New York City taxi drivers poses for a hilarious pin-up calendar to raise money for the non-profit organization University Settlement. Here's a look at 2019. 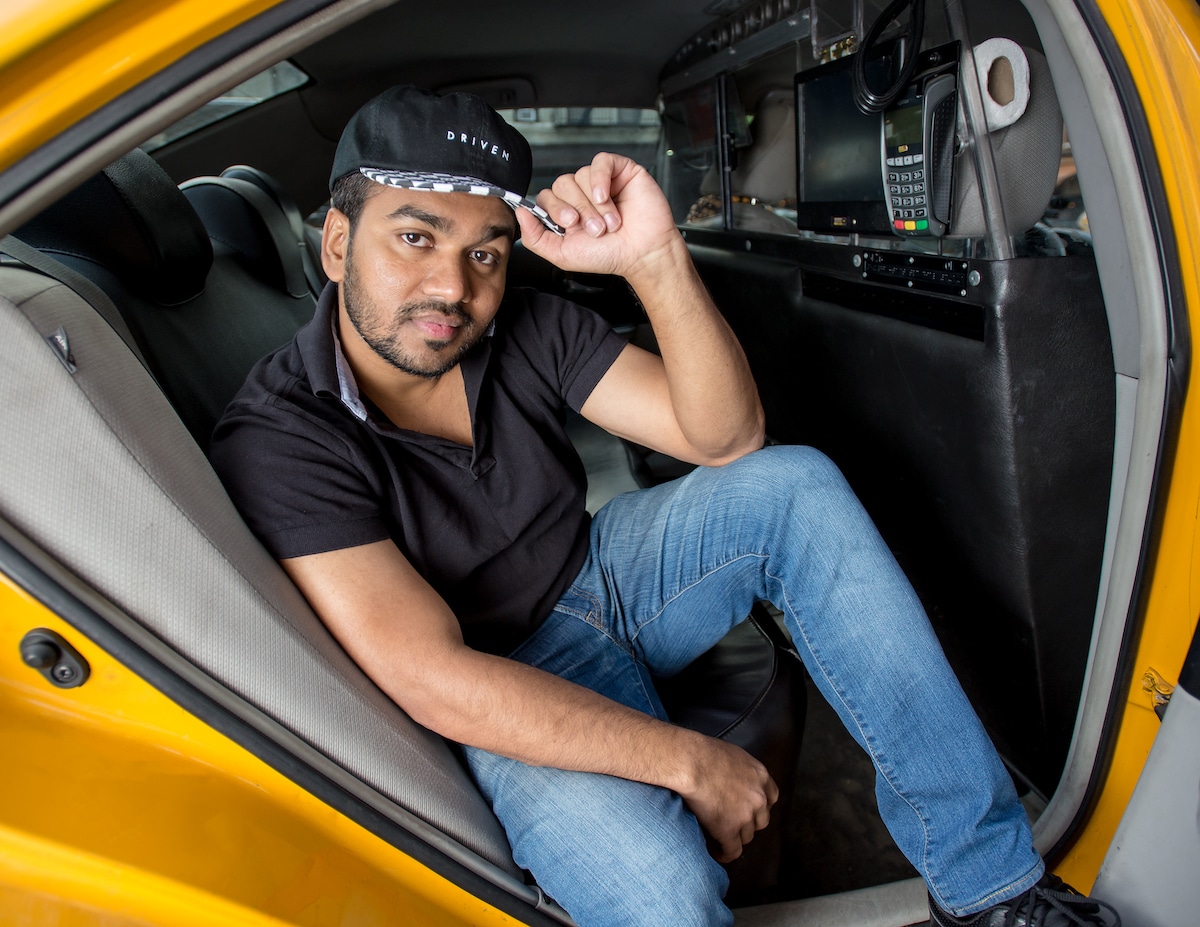 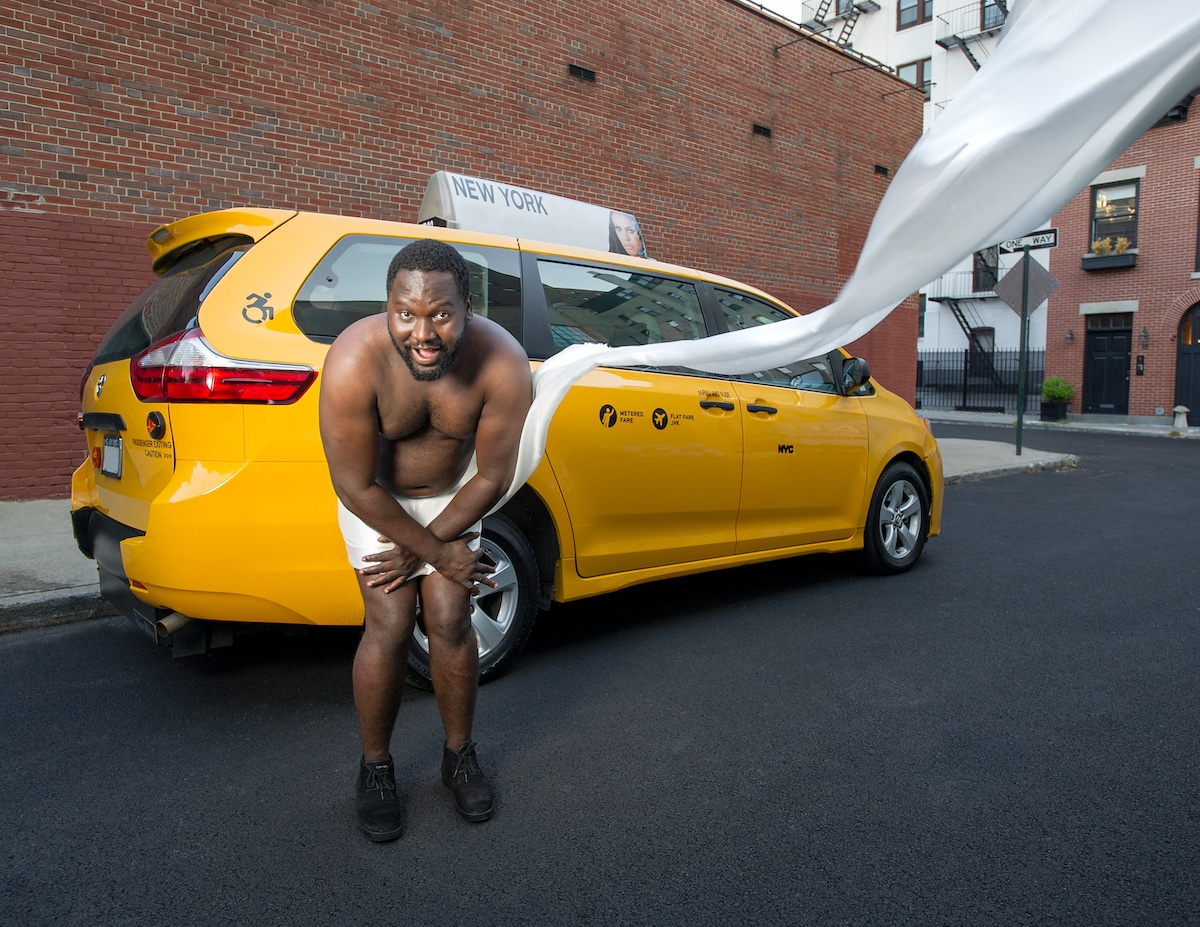 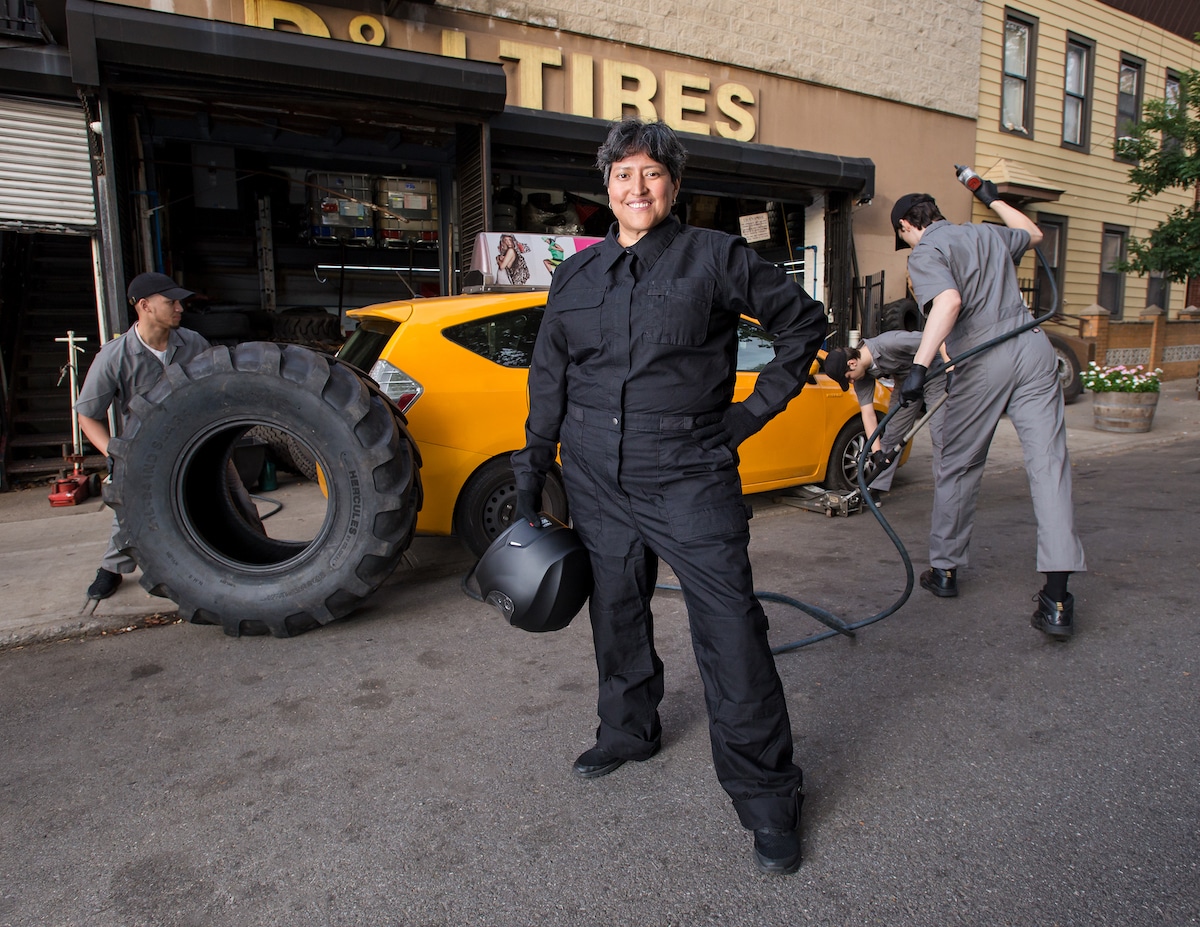 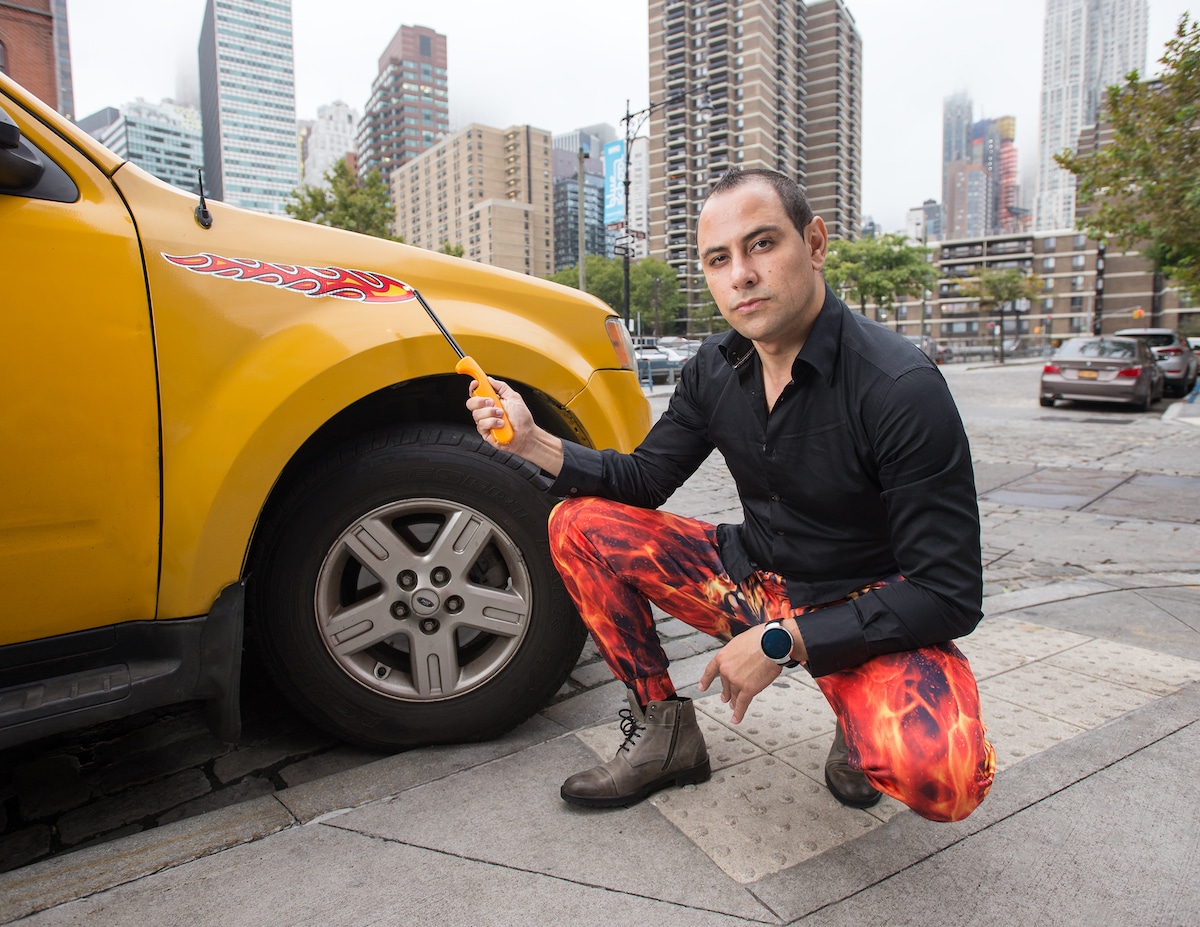 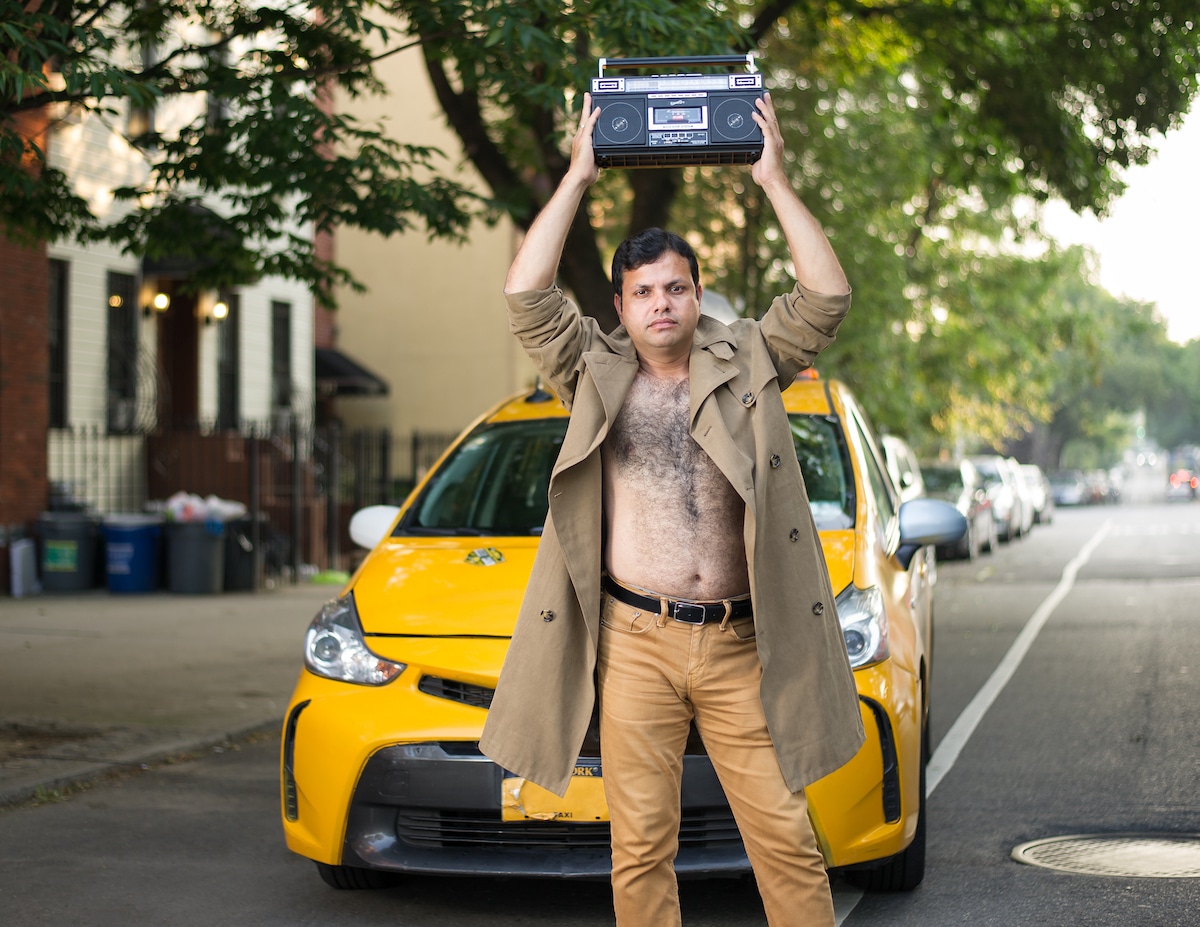 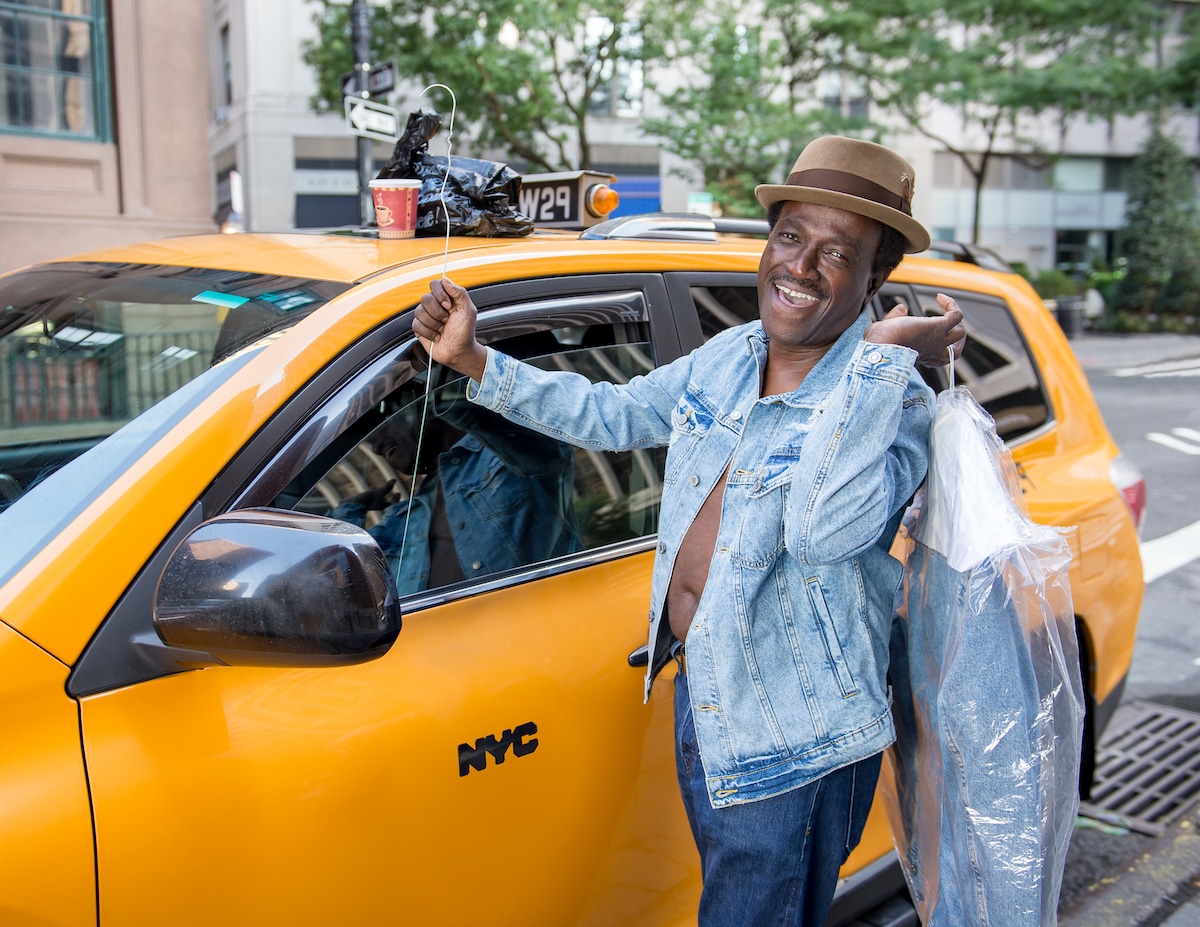 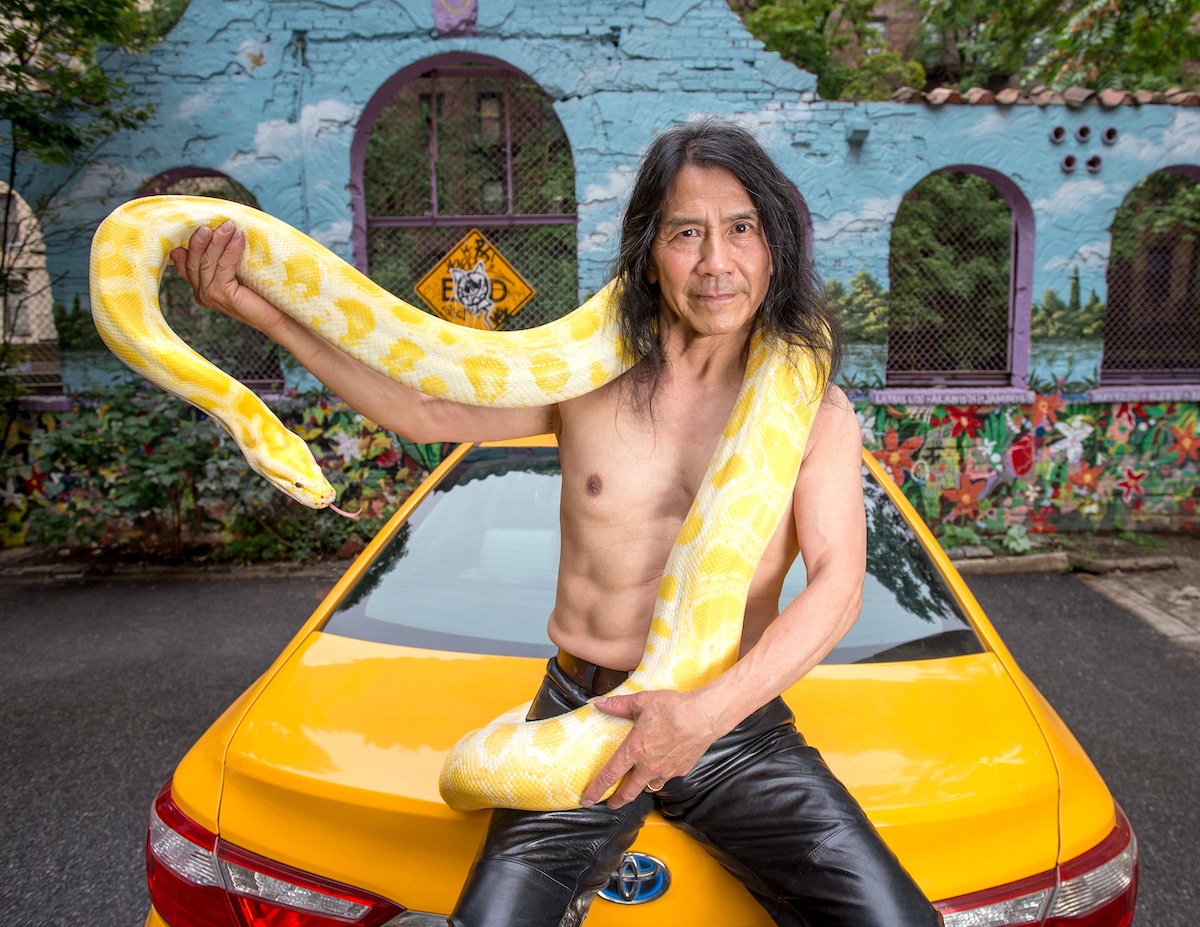 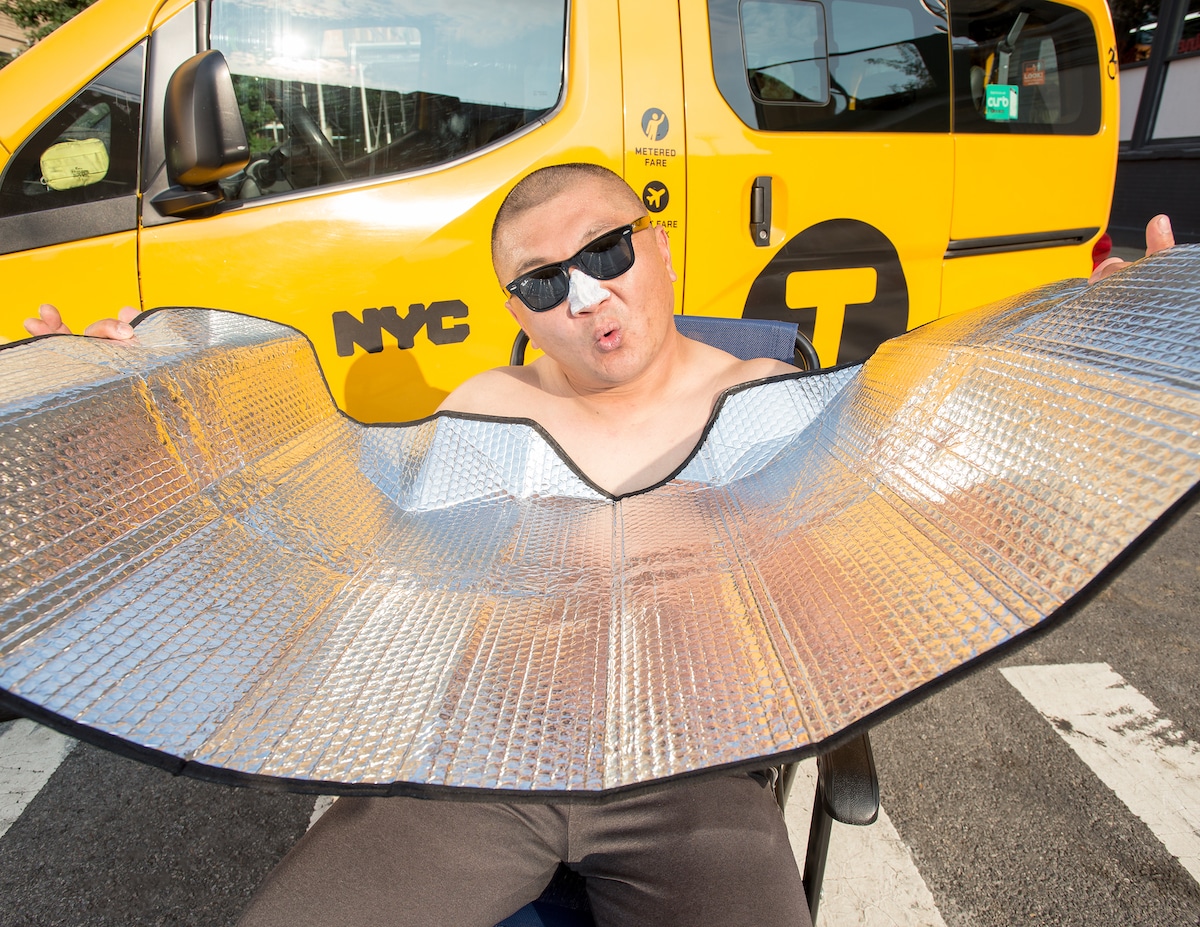 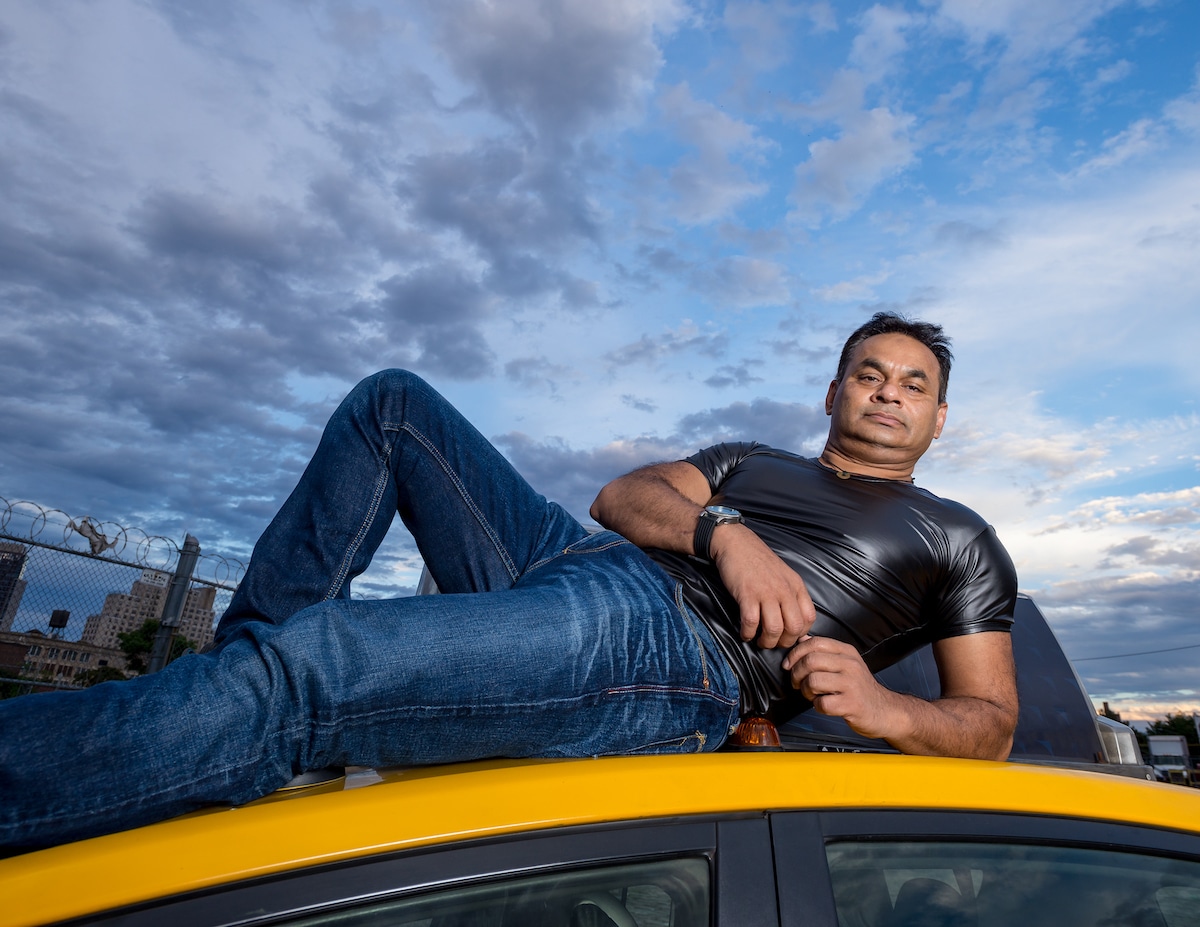 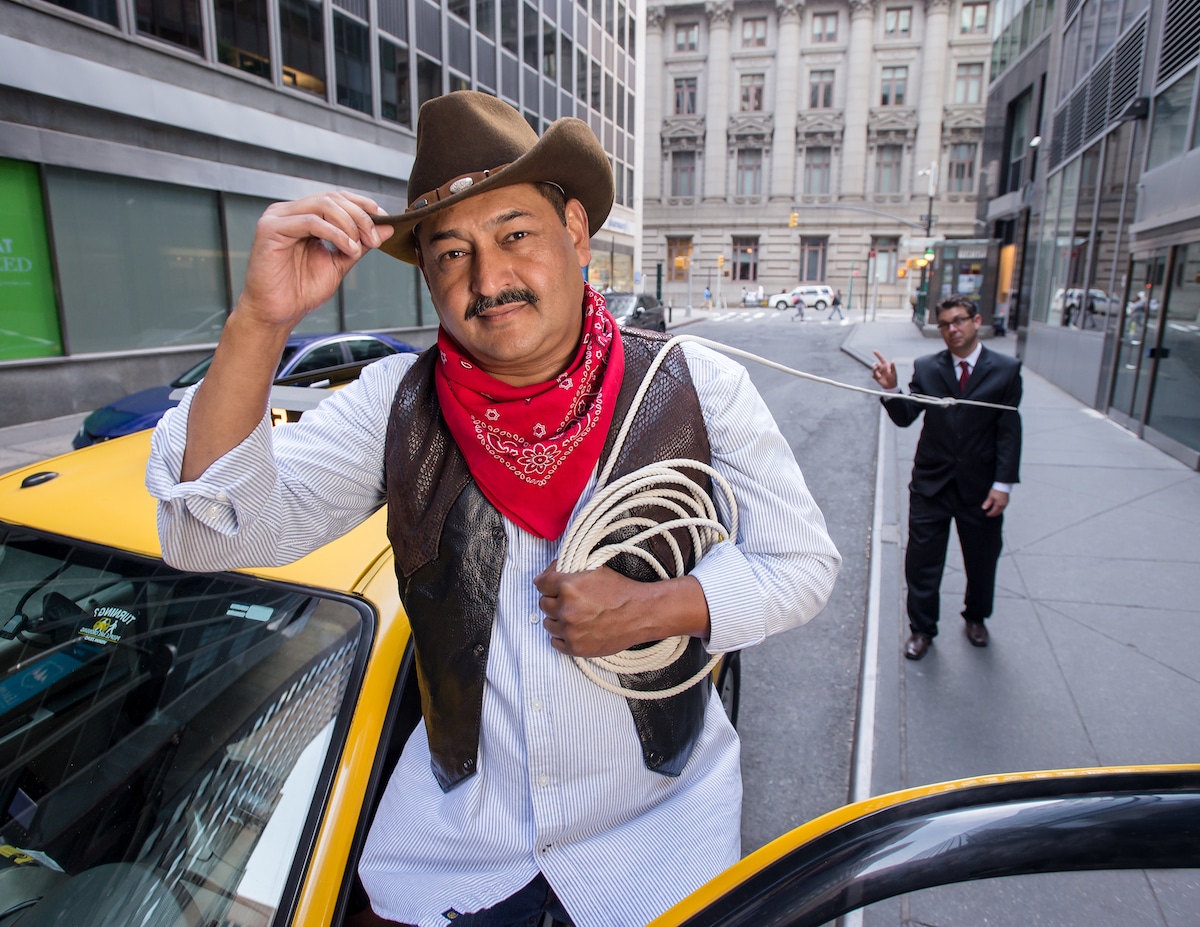 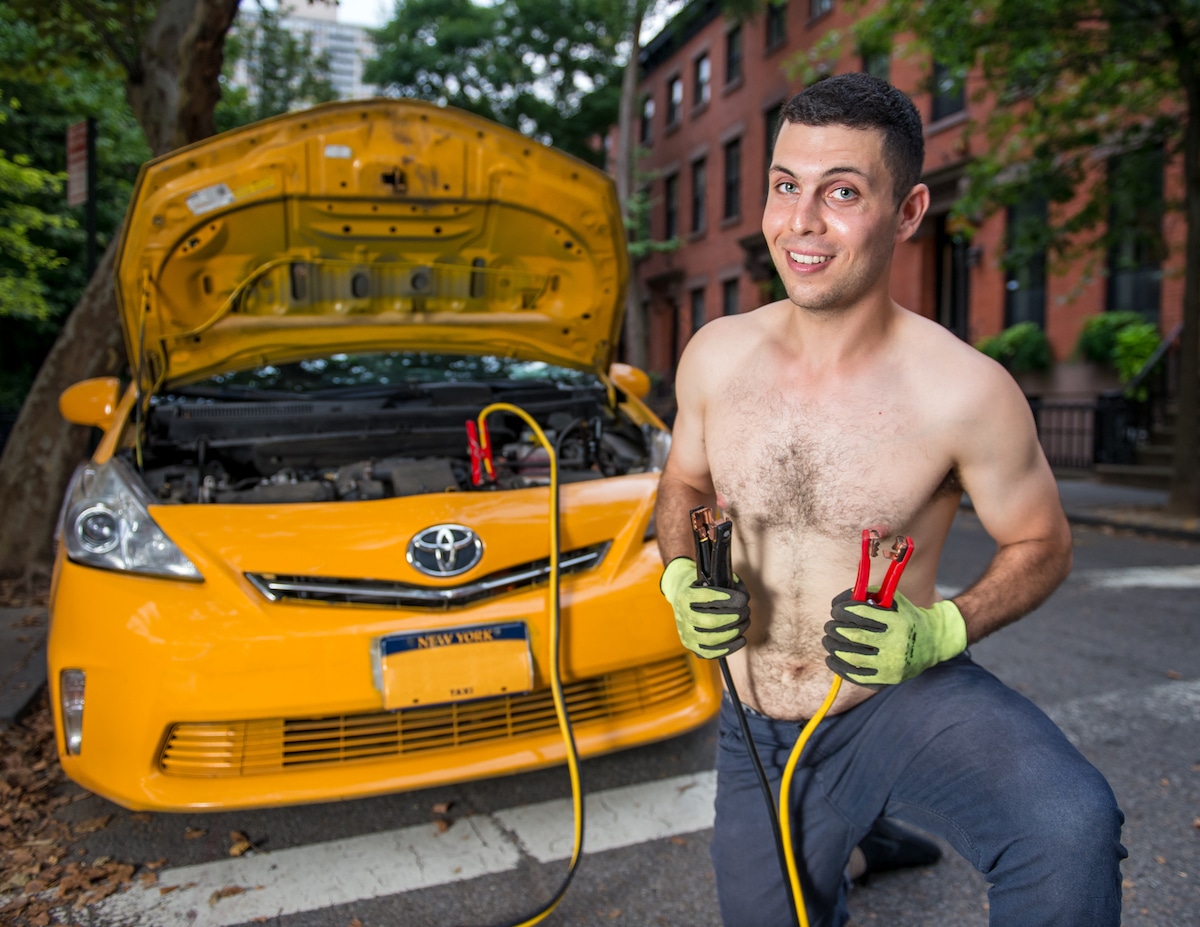 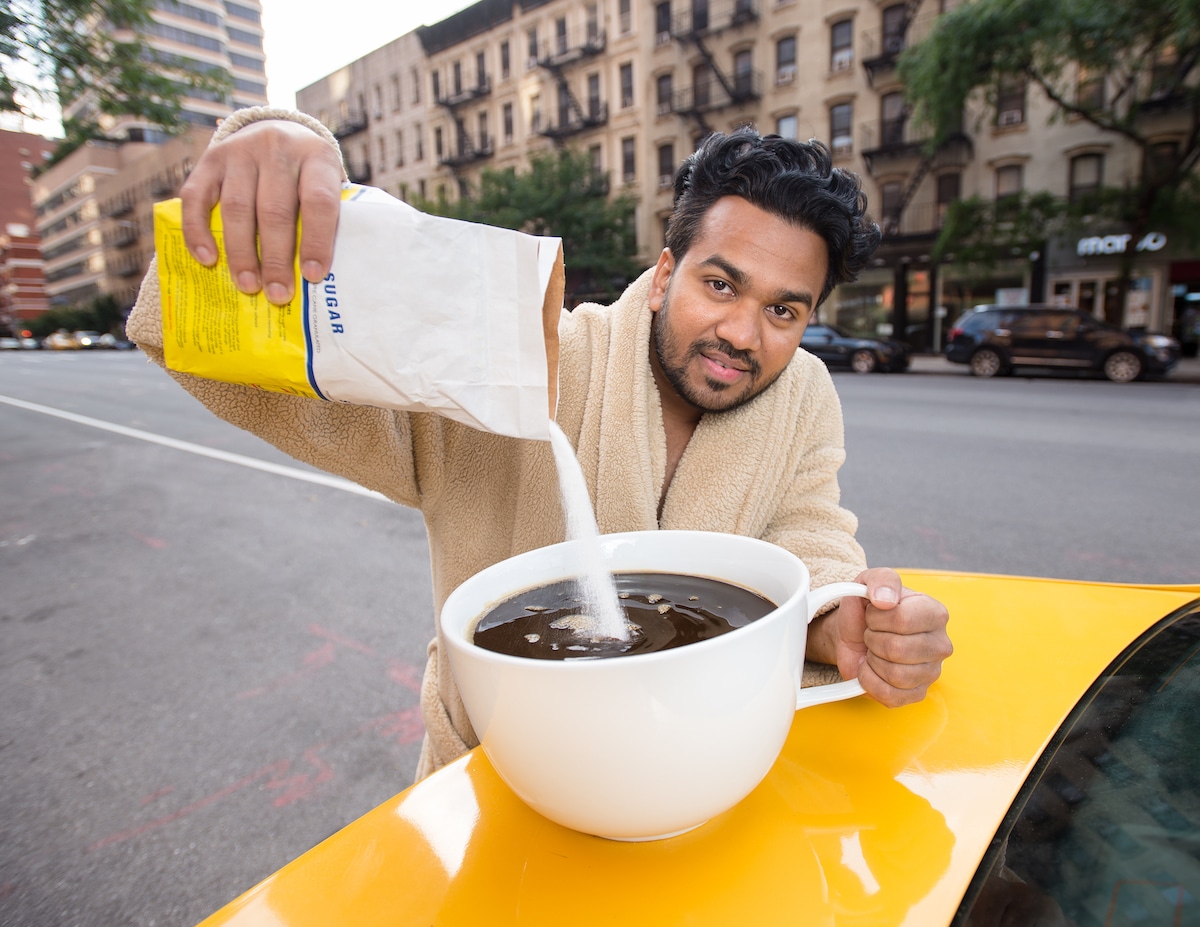 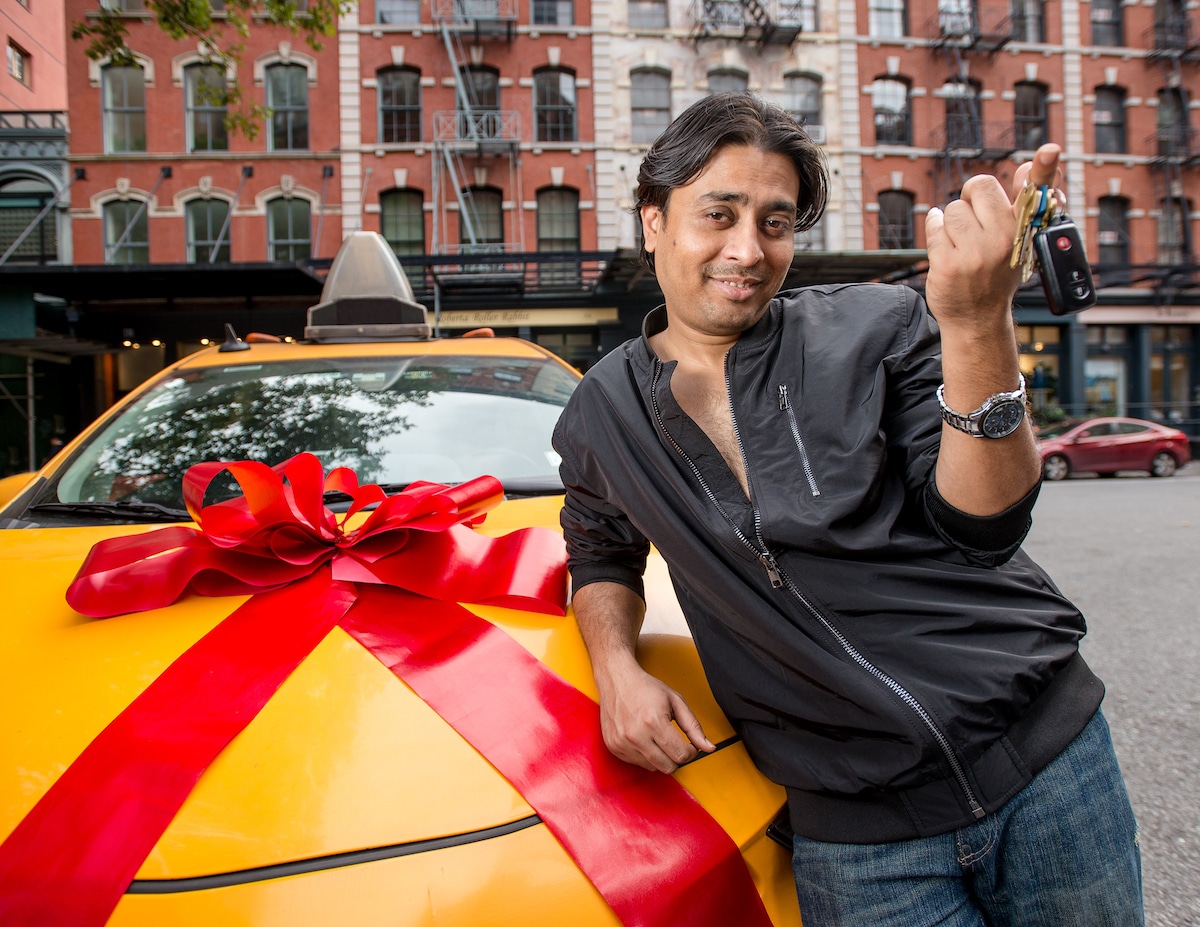 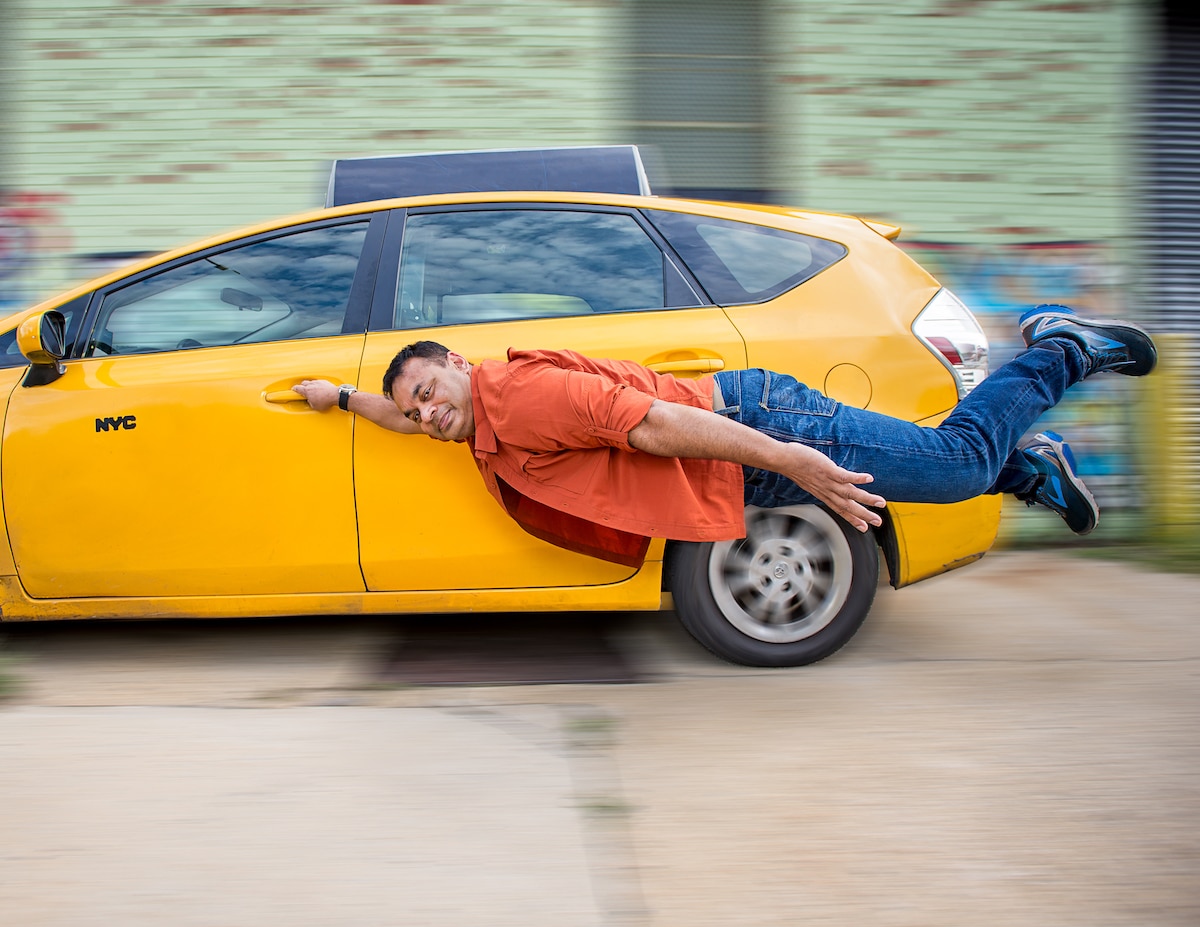 Like these playful pin-ups? Share
Like My Modern Met on Facebook
Get Our Weekly Newsletter
Become a
My Modern Met Member
As a member, you'll join us in our effort to support the arts.
Become a Member
Explore member benefits