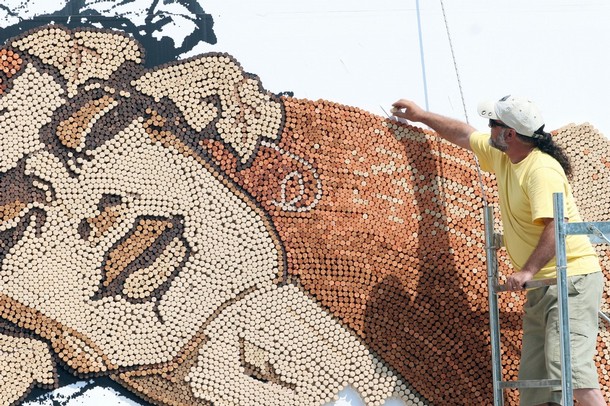 Saimir Strati is an Albanian artist who is regarded as one of the world's most well-known modern mosaic artists. He has used materials including nails, toothpicks, corks, sea glass, eggshells, compact discs, coffee beans, porcelain and mirror glass among other materials. 2008 – In Progress On August 8, 2008 the artist began his most recent quest which will see him create the World's largest cork mosaic. This work consists of 300,000 corks over a surface of 13.5 x7m, or 105m2. 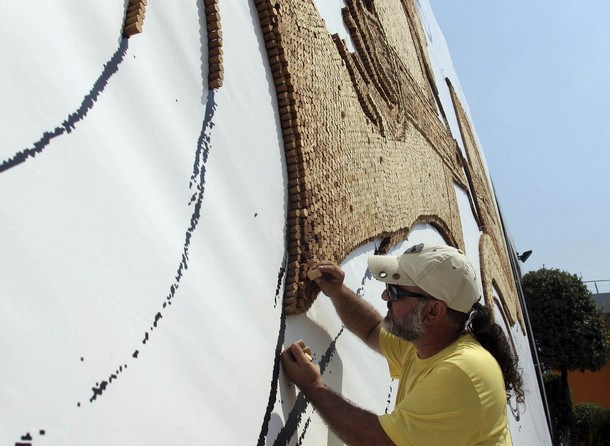 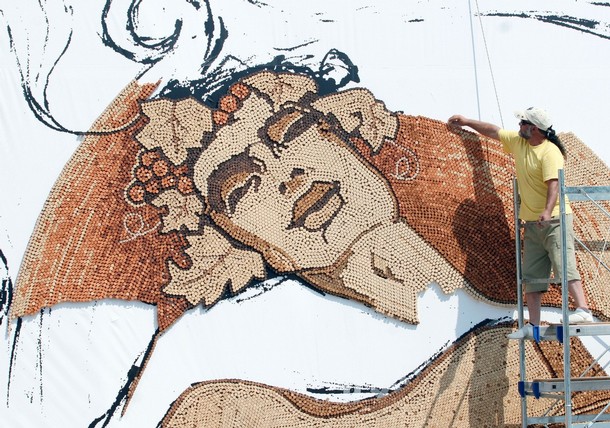 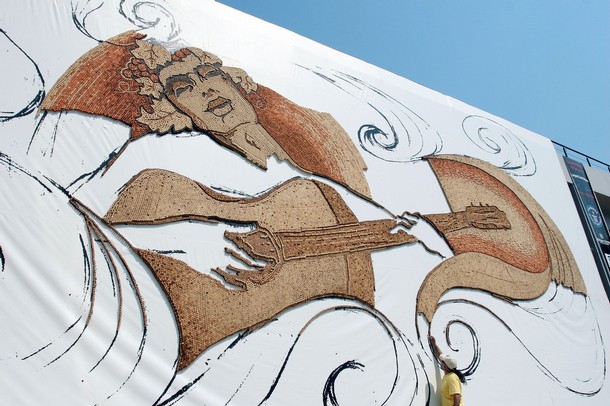 2007 – Reinless Spirit On July 26, 2007, the artist began affixing toothpicks, a total of 1.5 million over a 4x2m surface, to create the image of a horse. The work was dedicated to Antonio Gaudi, and was confirmed on September 4, 2007 as the World's Largest Toothpick Mosaic. 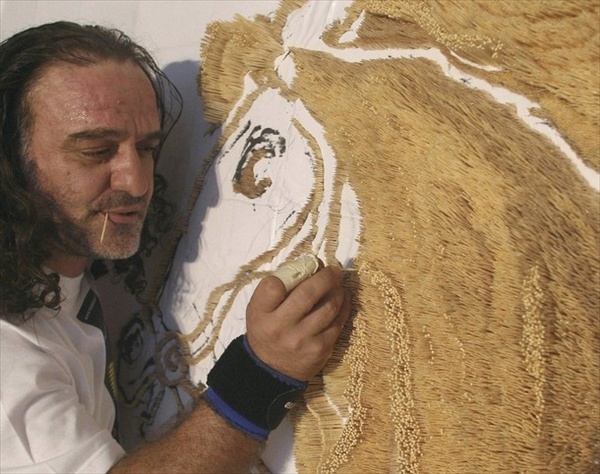 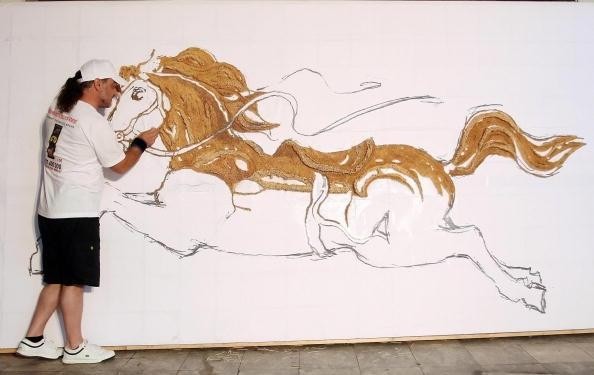 2006 – Leonardo Da Vinci Using industrial nails, the artist re-created the self portrait of Leonardo Da Vinci using nearly 400 kilos of nails over a 2x4m surface. The record was confirmed in Tirana by Guinness World Records on September 4, 2006, as the World's Largest Nail Mosaic. 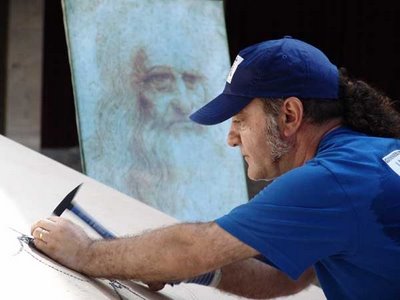 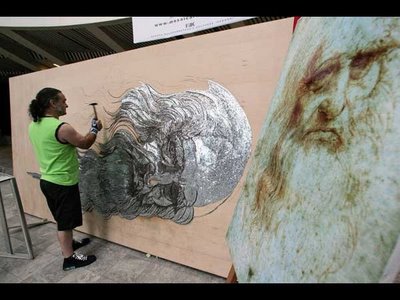 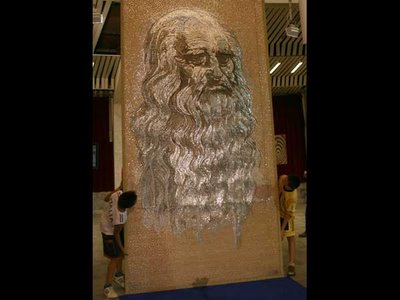 Courtesy of Etoday and Most interesting Blog