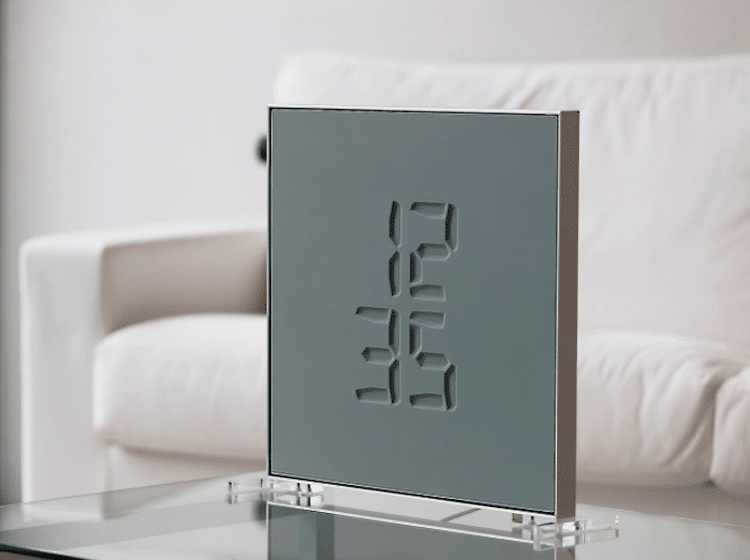 Swiss start-up 42 Foundry has reimagined a traditional timekeeper with their ETCH Clock, a modern marvel that magically depicts the time through ever-changing etchings.

Thanks to a malleable membrane made of elastic, the creative clock is able to depict the time through numbers that appear etched in its face. Although the pseudo-engraved numbers look as if they are set in stone, ETCH instead emphasizes the face's fading display and ephemeral nature. “ETCH gives to time more importance,” the clock's description states. “Some events are happening only once and then are gone for ever… ETCH tries to mimic this reality with the vanishing effect of its display.” The digits appear as literal impressions, altering the topography of the clock's façade with each carving and magically appearing and disappearing every passing minute. Combining a classic, sculptural aesthetic with a digital design and futuristic, “patent pending” technology, each clock offers a timeless yet sleek artistic alternative to today's timepieces.

Each ETCH clock is mounted in either a sleek aluminum or a more conventional wood frame and can be hung on a wall or, with the help of an attachable base, stand alone on tabletops, mantels, and shelves. Through its accompanying app, it can be controlled by a smartphone, enabling the user to experiment with display settings and sync the correct time between devices.

For now, it's only available in a slate-like hue, but you can expect a wider selection of clock colors in the future. Keep in mind, however, that like many masterpieces, the ETCH clock costs a pretty penny: about $1,360. Time is money, after all… 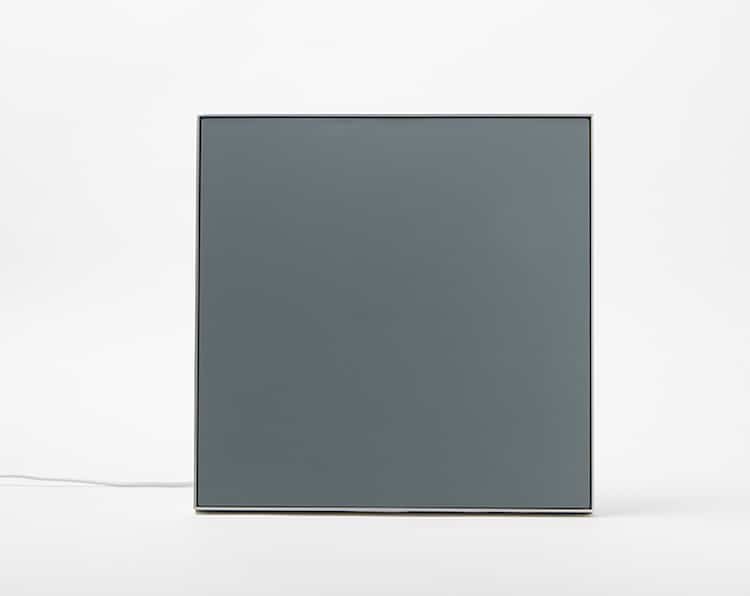 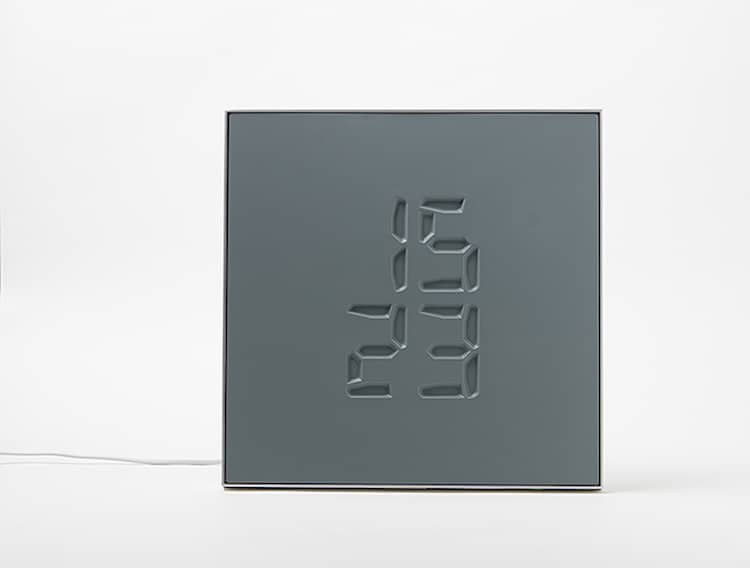 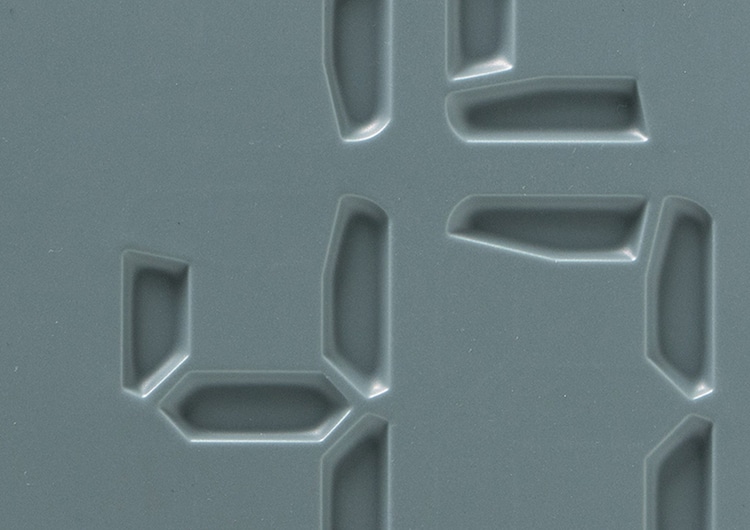 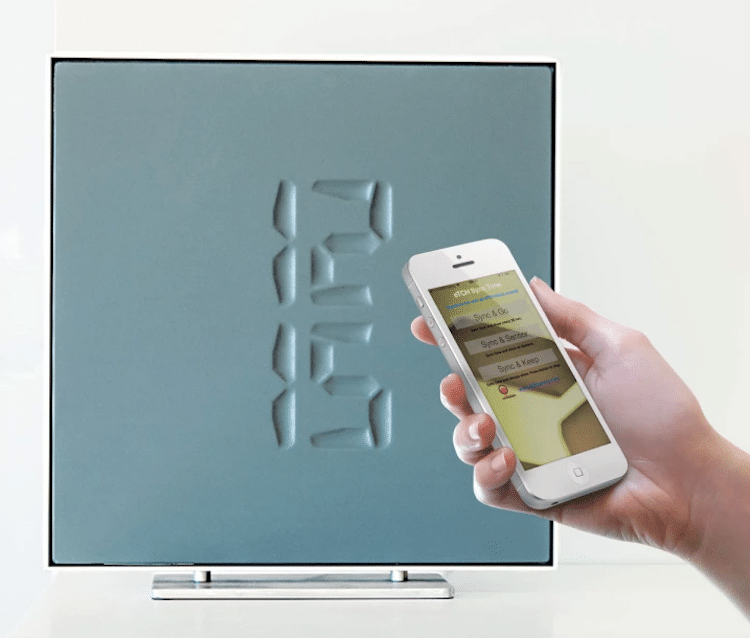 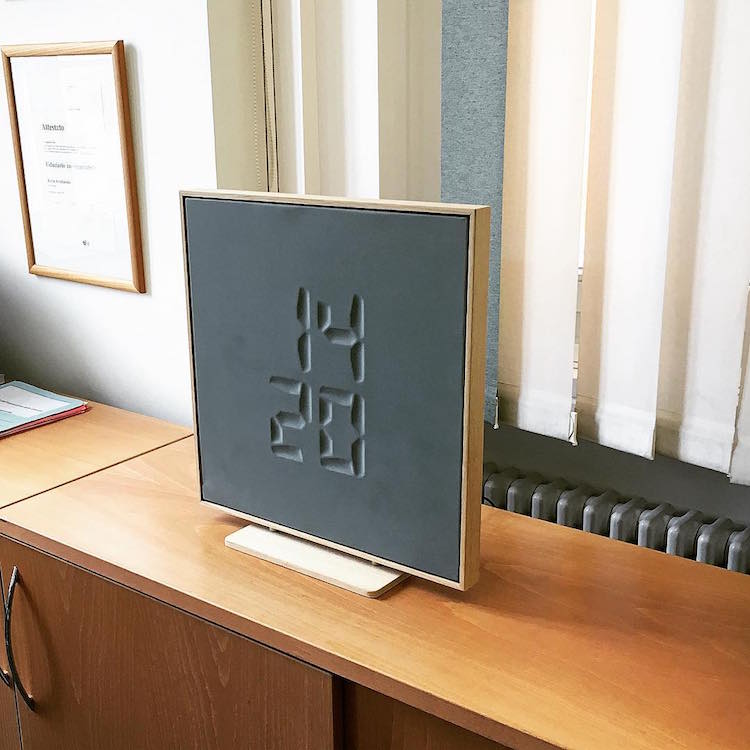 All images via ETCH Clock.