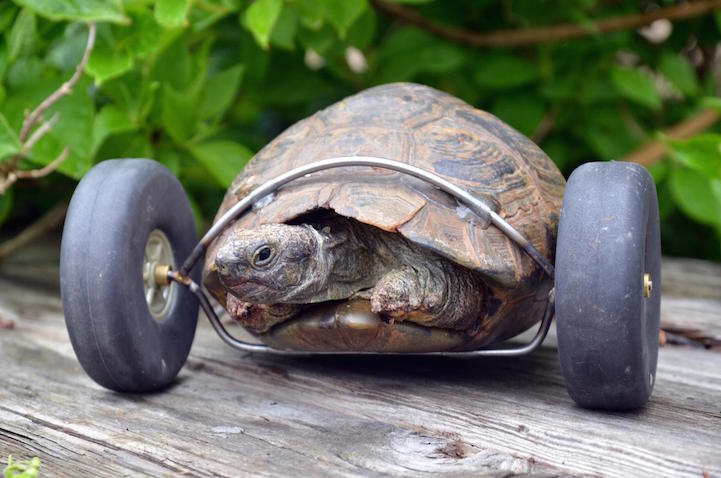 When a pet tortoise named Mrs. T was hibernating for the winter, she ended up losing her front legs. A rat had eaten both legs up to the elbow joint, after breaking in to the garden shed where she was sleeping. “We were afraid she may have to be put down,” stated Mrs. Ryder, the tortoise's owner.

After the vicious attack, a local vet worked to save the 90-year-old tortoise's life, but was afraid she would not be able to survive without her mobility. That is when the Ryder family turned to their mechanical engineer son Dale for help. Using the wheels from a model airplane, Dale attached them to Mrs. T's shell with resin, helping her to move around freely and leave interesting tracks in her wake.

“It was like fitting her with a turbo charger – she's going double the speed she used to,” explains Mrs. Ryder. “She uses her back legs to push herself along. She seems quite happy, but it's difficult to tell with a tortoise.” 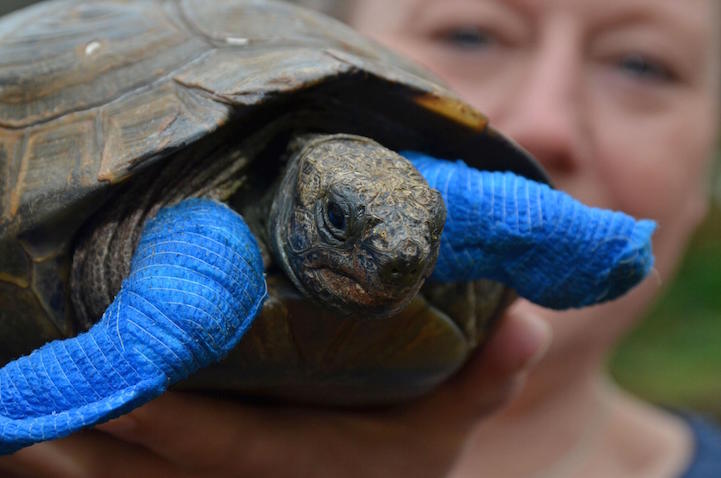 via [The Telegraph, Neatorama]