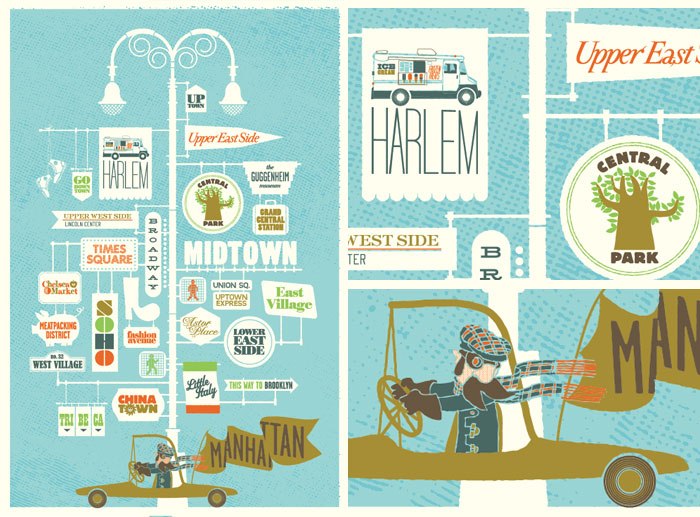 Love this poster of Mahattan (titled ‘Man Hat Tan') that was a collaboration between Three Potato Four and designer Jim Datz. It combines several of their loves (and ours) – New York City, typography, color, 50's inspired illustrations, and urban signage. 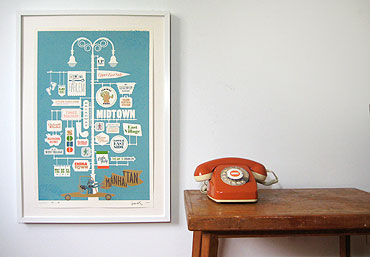 The first edition quickly sold out (in a week and a half) but you can buy the second edition which consists of 500 prints, each individually signed by the artist on the Three Potato Four website. Measures 16″ by 24″.

I'm scooping mine up, now!