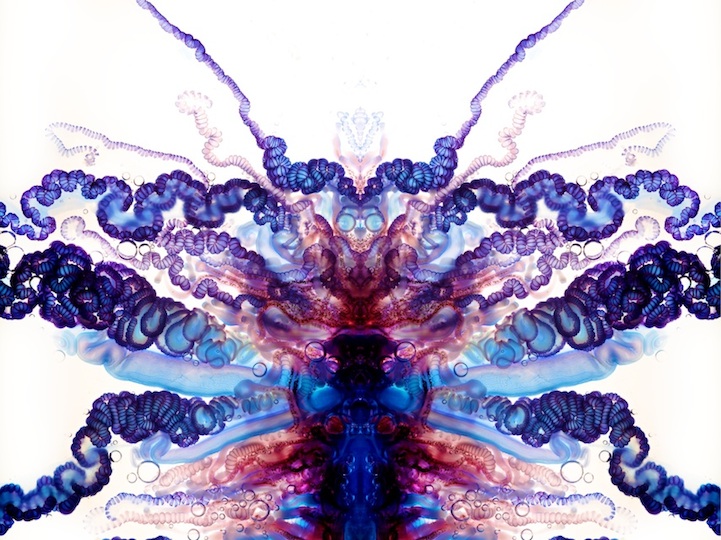 Who doesn't cringe when they first hear the words “Portuguese man o' war? South Florida-based fine art photographer Aaron Ansarov wants to give us a new way of looking at a species most of us avoid in the ocean. Portuguese man o' war are jellyfish-like creatures that sting its prey or even humans, if we come too close. For Ansarov, they're incredible subjects that should be given a second or even third look.

“I began photographing these creatures after seeing how fascinating their colors, shapes and textures were,” he tells us when we ask him how he first got started. “Everyone would see these creatures and look at them in disgust which made me even more fascinated by them.

“This collection is a tangent to my other project titled ‘My Backyard‘ where I find, capture, photograph and release creatures of all types and sizes in the areas surrounding my backyard. From that project, I have photographed over 150 species and it is going to be featured in June's issue of National Geographic (Photo Journal).”

To learn about his process, read our one-on-one interview with Ansarov, below, after enjoying his psychedelic photos of Portuguese man ‘o war. 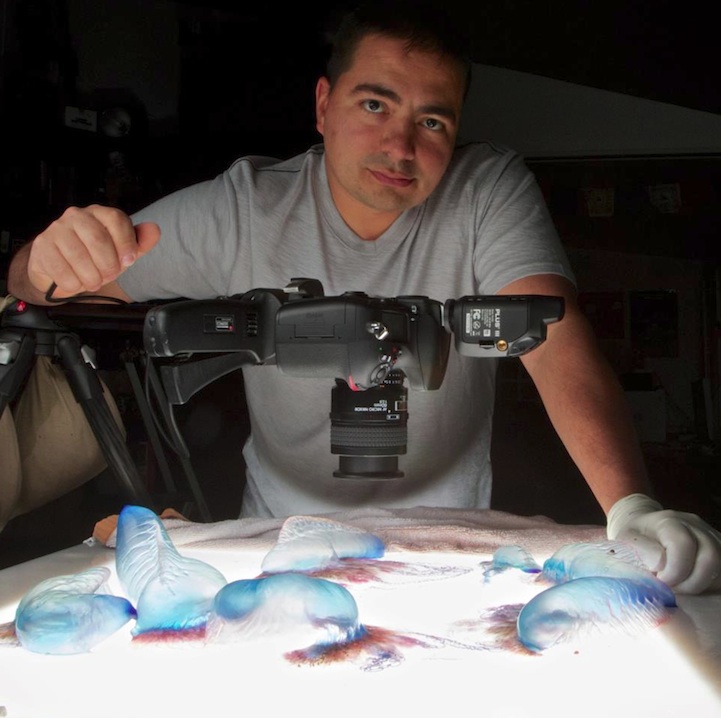 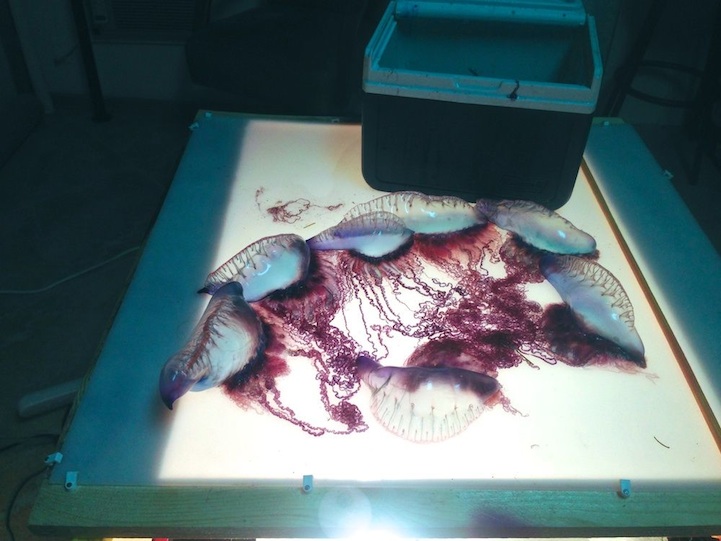 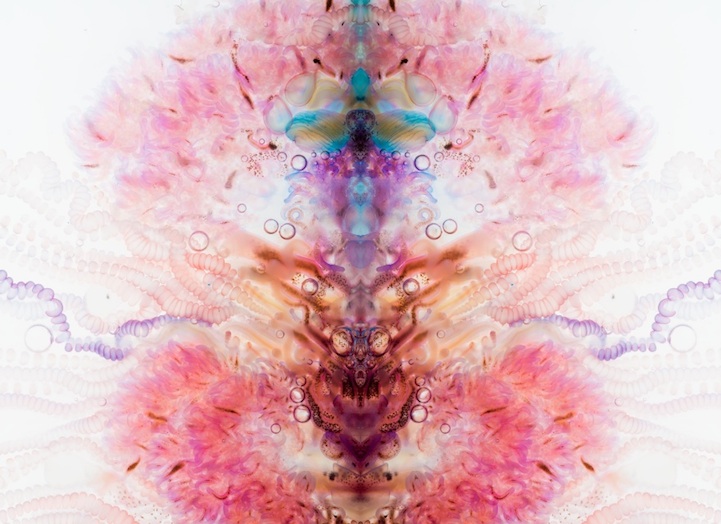 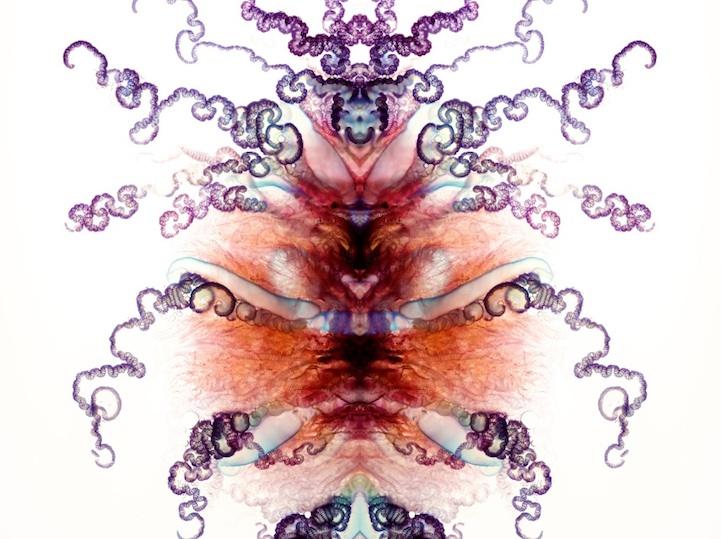 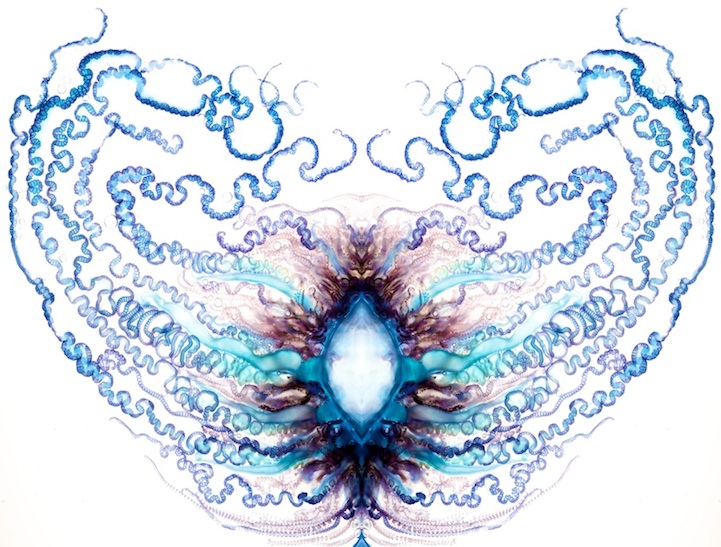 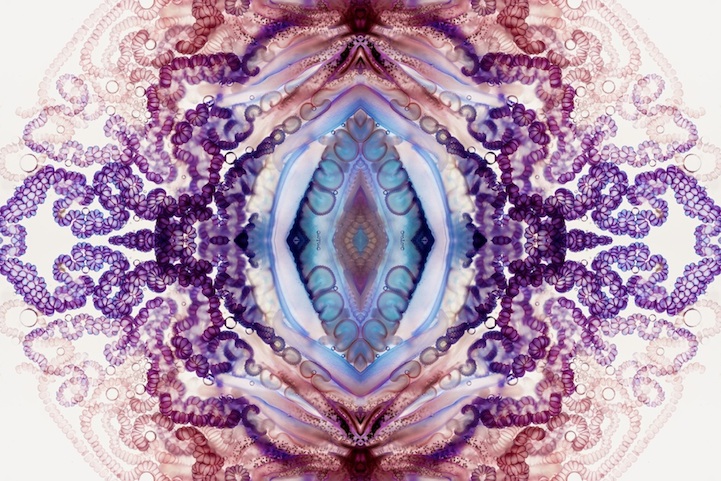 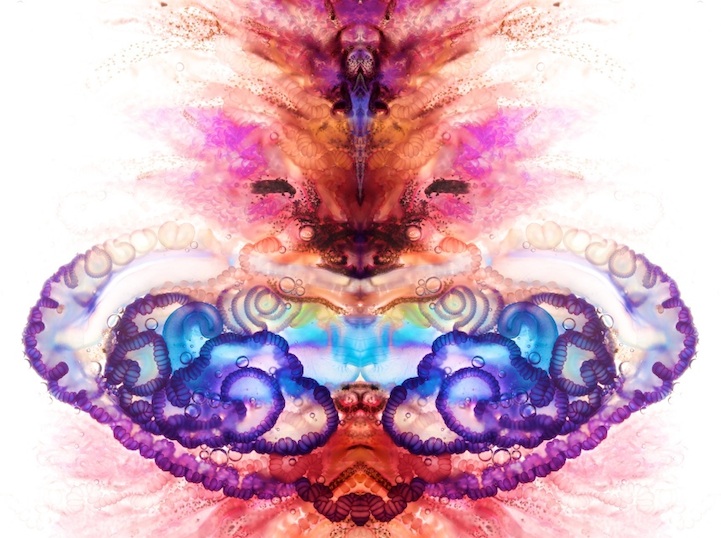 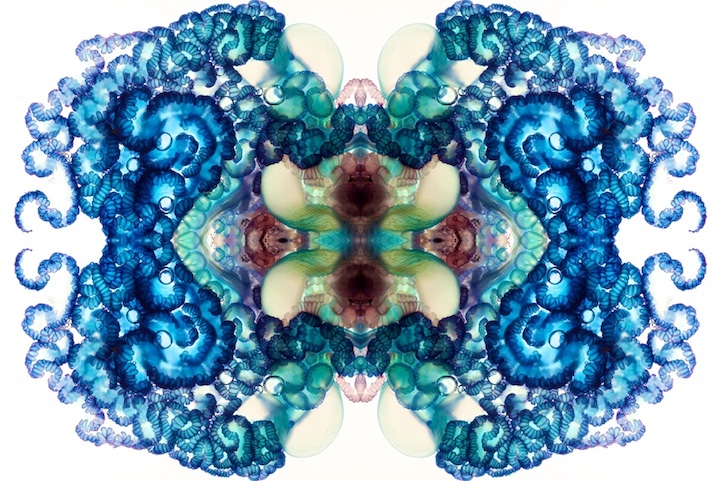 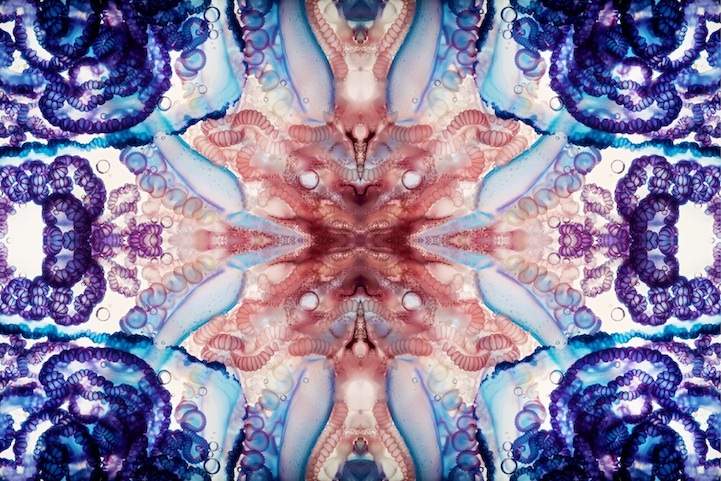 What's the one thing people should know about this series?
Every creature is alive when photographed. My wife and I would go to the beach at certain times of the day, when the winds and tide were right and the chances were greater to finding them. We would make it a family outing. I would play with my two children (2 and 3-years-old) while my wife, Anna, would walk the beach finding the perfect specimens. With a little bit of seawater in a beer cooler, she would find an average of five at a time and we would bring them to our home studio a mile away.

After about an hour of shooting, I would bring them back to the same spot, put them back in and let nature take its course. Sometimes the tide would later come in and carry them back out to sea while other times they would die in the hot sun. It is not my place to save these creatures, but I feel I am doing them a great service by giving them a beautiful voice and legacy that will last.

How much post processing is done in Photoshop or other software?
My process is simple. Each file is imported into Apple's Aperture editing program where minor adjustments in exposure, contrast and vibrancy are made. They are then opened in Adobe's Photoshop program where the only thing that is done is they are copied, pasted and flipped to make the mirrored effect. Some are flipped once to give the face or spider look while others are flipped a second time to create beautiful patterns.

Each image is captured using Nikon's 36 Megapixel D800 body with a 60mm micro lens. So the clarity is amazing, but the file size is tremendous. When mirrored, I am doubling, or in the case of patterns, quadrupling the file size. This allows me to make 40″ x 60″ fine art pieces without enlarging them at all.

What interesting fact did you learn about them in the process?
They are actually a colonial organism which means they are not just one being but four that live harmoniously while sharing a single stomach. It was after discovering this fact that I felt they were showing me faces that I could not recognize until I started mirroring them. Most of us recognize symmetrical objects. It's in our nature. So by mirroring them, I found that magically there appeared recognizable objects. Some people immediately would see faces of aliens, demons, angels while others would see genitalia. It's fun to watch everyone's reaction.