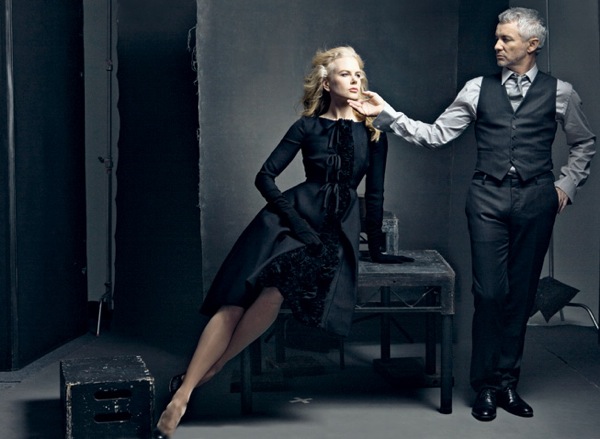 As a big movie fan, I really appreciate dynamic chemistry between great actors and directors. Some of these actor-director teams have a history together while others hooked up just last year. In this set, Annie Leibovitz photographs 10 partnerships that helped generate more than four dozen Oscar nominations this season. “In Australia, Luhrmann steps back, to some extent, from the heightened artifice of what he calls his ‘Red Curtain' style of filmmaking–nothing fizzy or phantasmagoric about those Japanese bombs raining down upon the city of Darwin–but his ambitions remain epic, and no filmmaker seems more able to set Kidman's face alight. It's a serious film, but you get the sense that Luhrmann and Kidman–a conspiratorial partnership between director and actress–had a ball making it. Photographed in New York City.” 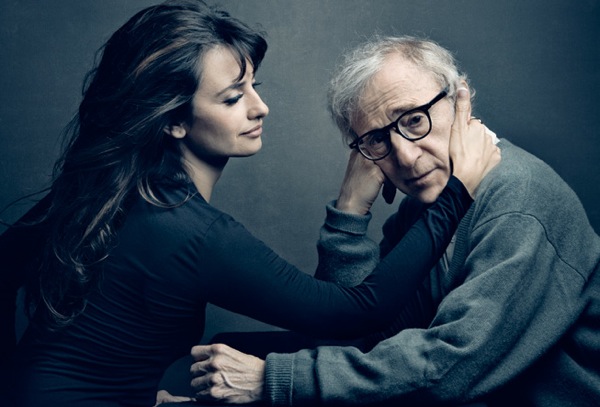 Penelope Cruz and Woody Allen – Vicky Cristina Barcelona “The archetypal Woody woman might be the over-educated, over-therapized yammerer, but another type of woman has also recurred in his work: the smoldering, emotionally volatile knockout. In Vicky Cristina Barcelona, Cruz takes on this assignment and then some. As Mara Elena, the tousled, pouty, impossibly sexy ex-wife of Javier Bardem's painter character, Cruz is a whirlwind of carnality and psychosis. Photographed in the Empire Suite at the Carlyle, a Rosewood Hotel, in New York City.” 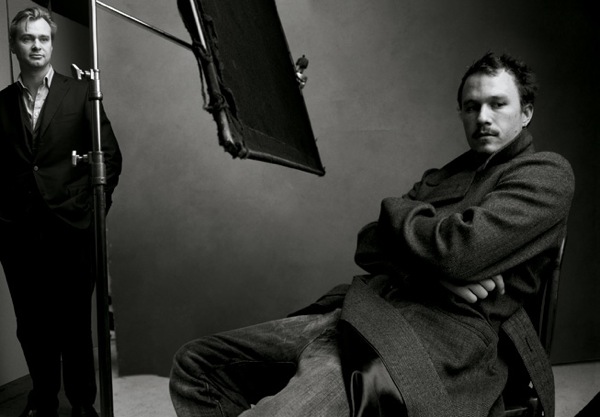 Christopher Nolan and the late Heath Ledger – The Dark Knight “In one of his final TV interviews, Heath Ledger can be found refuting any posthumous speculation that the Joker role somehow got inside his head, contributing to the circumstances surrounding his death. ‘That was the most fun I've ever had–probably ever will have–playing a character,' he says, his future-tense prediction all too heartbreakingly accurate. He found a worthy fun-mate in Christopher Nolan, a mind-warp specialist who broke through in 2000 with Memento and successfully rebooted the Batman franchise in 2005 with Batman Begins. ‘My thoughts [for the Joker] were identical to his,' Ledger said of his director, and the result Ledger is unrecognizable as the handsome, deep-voiced, Australian-accented 28-year-old he was in real life. As the Joker slouches across the screen, Ledger's commitment to Nolan's conception of the role comes off not as some black journey into the depths of the soul but as a hoot. Composite photo: Christopher Nolan photographed in Los Angeles, 2008; Heath Ledger photographed in New York City, 2005.” 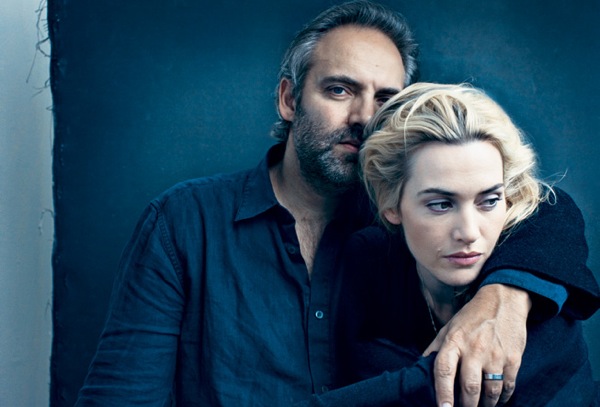 San Mendes and Kate Winslet – Revolutionary Road “Kate burst through with Titanic, Sam moved into feature films with American Beauty and won an Oscar for best director on his first try. And then they found each other. A wedding and a son later, they've finally worked together, on Revolutionary Road, a film based on Richard Yates's troubling 1961 novel, whose very purpose was to indict the concept of ‘the perfect marriage.' Photographed at Northlight 1111 Studio, in New York City.” 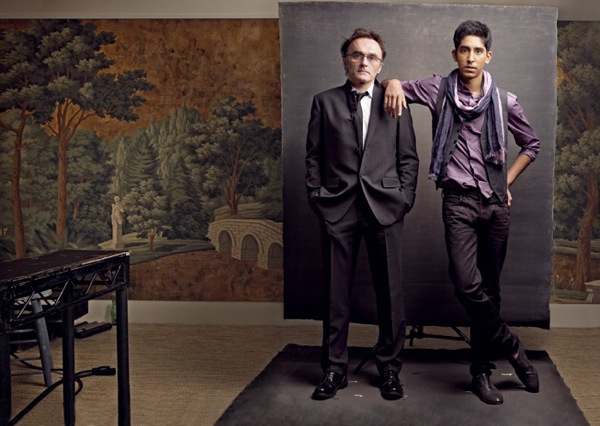 Danny Boyle and Dev Patel – Slumdog Millionaire “Danny Boyle could have cast a more conventionally handsome kid as Jamal, but in shrewdly anointing the sweet, soulful, British-born Patel, he raised the whole enterprise to a higher plane–a decision affirmed by four Golden Globe Awards and possibly more hardware to come. Photographed at Gordon Ramsay at the London, New York City.” 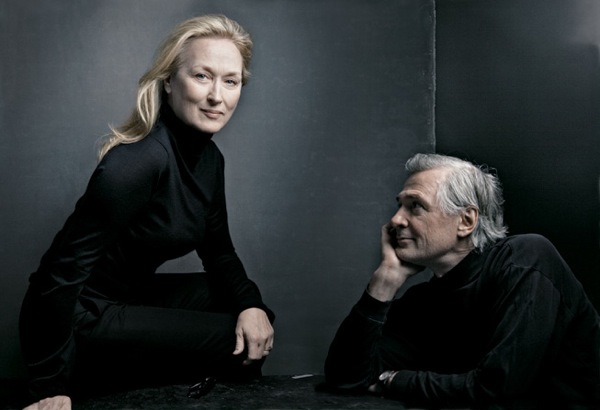 Meryl Streep and John Patrick Shanley – Doubt “Streep, in Doubt, has gone back into what might be called her ‘Meryl being Meryl' mode. Her hair tucked into a bonnet, her face pallid and stony, Streep, as Sister Aloysius Beauvier. A Bronx native, Shanley has traditionally portrayed these milieus as feudal societies where one's loyalties are to family and the church. In Doubt, based on his Pulitzer Prize–winning 2004 play, there is no levity. Drawing upon his own experiences at 1960s Catholic schools, where the nuns were sometimes too harsh and the priests perhaps a tad too friendly, Shanley undermines these feudal loyalties, withholding the comforts of faith and certainty. Photographed in New York City.” 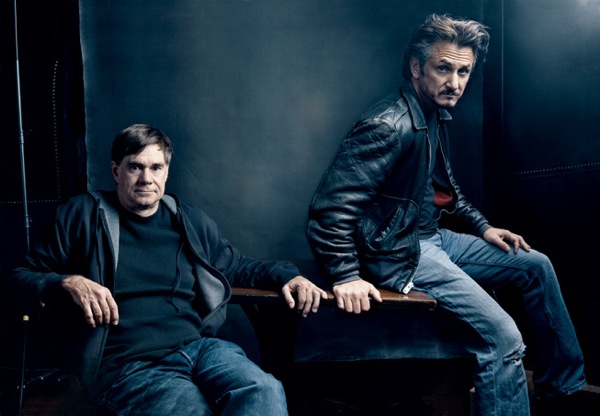 Gus Van Sant and Sean Penn – Milk “As Harvey Milk, the gay activist and politician, Penn is disaffected and alienated, but he's an older and more resolute Van Sant protagonist: his shoulders rolled back, his arms outstretched in welcome, his chin up, his smile unwavering. In his most endearing role since Spicoli in Fast Times at Ridgemont High, Penn captures the phenomenal charisma and inherent warmth that made the real Milk a different kind of outsider: a charmer who charged defiantly into the ‘inside' world rather than stand shivering on the fringes. And so, together, Penn and Van Sant have taken on two very tired genres–the biopic and the triumphant tale of a ragtag band of outsiders–and gently subverted them, with fantastic results. Photographed in Marin County, California.” 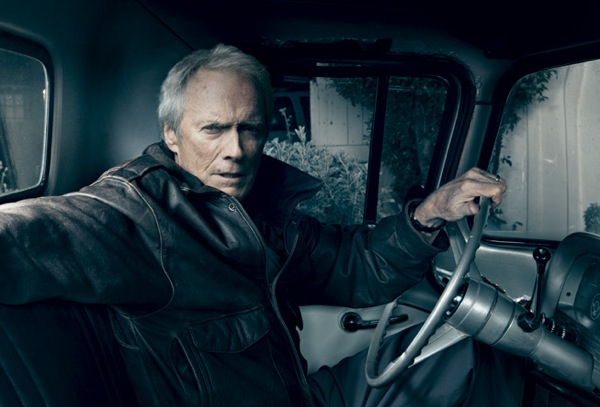 Clint Eastwood – Twenty-two films as director-star, among them two that received Oscars for both best picture and best director: Unforgiven and Million Dollar Baby. “‘But what I really want to do is direct.' Has any actor fulfilled this wish more brilliantly and prolifically than our Clint? In his 29th feature as a director, Gran Torino, he delivers what he has hinted is likely his final film performance, as Walt Kowalski, a white-ethnic remnant of a working-class Detroit neighborhood now given over to Hmong immigrants. But Eastwood-the-director still manages to take Walt to some deep, dark places, as only he can. The performing Eastwood will be missed, if this is indeed his last role, but the filmmaker, 78 years old, marches onward: The Human Factor, starring Morgan Freeman as Nelson Mandela, is due later this year. Photographed outside the Mission Ranch, in Carmel, California.” 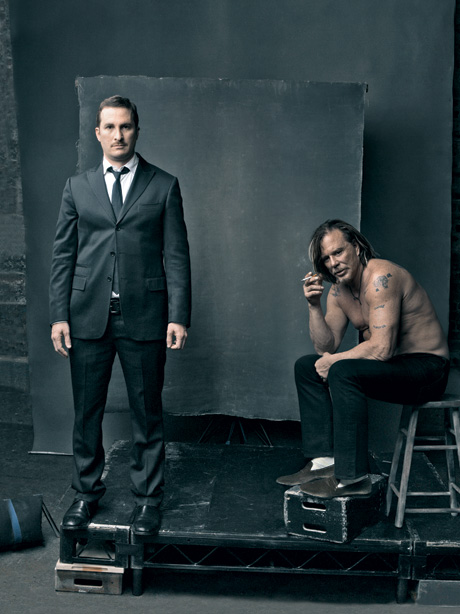 Darren Aronofsky and Mickey Rourke – The Wrestler “The wreck that was the SS Rourke had a perilous journey on its way to Darren Aronofsky's shores. The director was keen on casting the damaged-goods actor in the title role of Randy “The Ram” Robinson in The Wrestler, but when no U.S. studio would finance the film with Rourke attached, Aronofsky turned to Nicolas Cage. Then, at the eleventh hour, an overseas studio agreed to back the picture with Rourke, and Cage graciously bowed out of the project. While the director's original choice made sense–who better to play a preening grappler who's seen better days than a preening, pugilistic actor who's seen better days? Aronofsky has admitted that The Wrestler‘s screenplay essentially turned into a collaborative effort when Rourke became involved, with the actor taking a pen to Randy's lines and rewriting them in ways that would resonate with him personally. The serendipitous actor-director partnership brought out the best in both men; hell, it would make for a good movie in its own right. Photographed in New York City.” 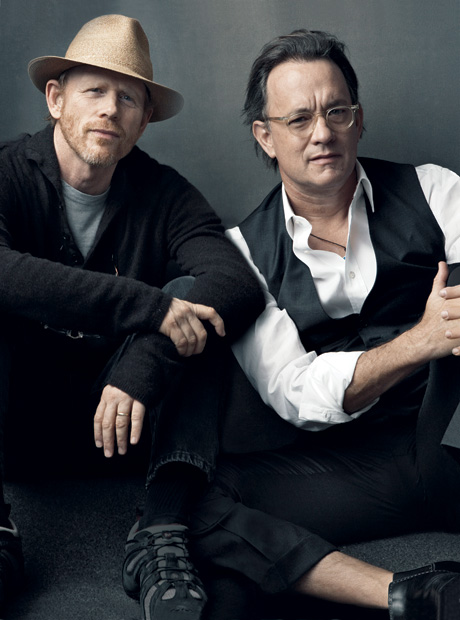 Ron Howard and Tom Hanks – Splash, Apollo 13, The Da Vinci Code, and the upcoming Angels & Demons “It's hard to remember how much we underestimated Howard and Hanks when Splash came out. The wonderful mermaid movie Splash changed everything, establishing the templates for both men's careers: Howard as a mainstream maximalist, making big, bustling movies that don't skimp on heart and humor, and Hanks as an eminently relatable-to leading man who is forever getting thrust, whether he likes it or not, into extraordinary situations. Apollo 13 ratified both reputations, its acutely American story–of how the astronaut Jim Lovell and his crew nobly averted disaster during an aborted NASA mission to the moon–reinforcing the acutely American, down-the-middle appeal of both men. Their Dan Brown diptych, The Da Vinci Code and the forthcoming Angels & Demons, has them wandering farther afield, to the corridors and catacombs of the Vatican and the Louvre. Photographed in Los Angeles.” courtesy of vanity fair