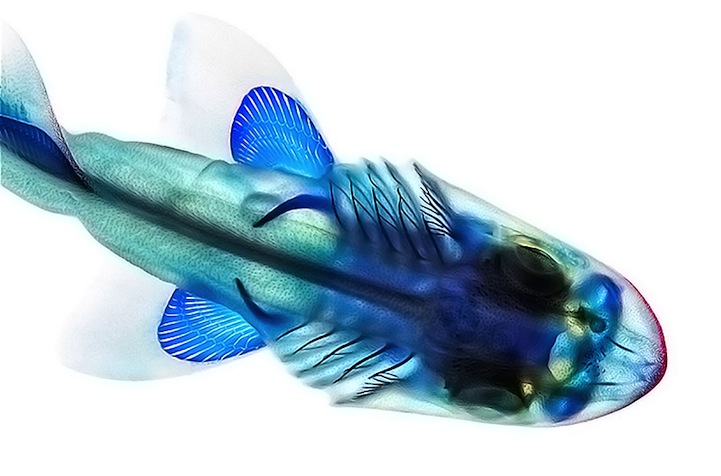 Cleared is a photo series by formally trained engineer and mathematician Adam Summers that offers a new way of viewing marine life. The scientific photographer, who has always been fascinated with biology, took it upon himself to experiment with his specimens by altering the pigments of their bodies with carefully applied bleach and colored dyes. The resulting photos are a collection of images that look like colored x-rays.

As a professor in Seattle at the University of Washington, Summers acquires his aquatic subjects from several sources including scientific collections which have resulted in incidental mortality. Upon receiving the fish, he proceeds to follow a series of important steps that ultimately provide not only an artistic look at the sea creatures but also offer an anatomical model for research and learning. Each part of the featured fish is specially treated to stain it in alternating colors, allowing one to distinguish its various innards from one another.

Summers explains: “The technique uses two vital dyes – Alcian Blue to stain cartilaginous elements a deep blue and Alizarin Red S to turn mineralized tissue crimson. The specimen is then lightly bleached with hydrogen peroxide to remove dark pigments, leaving a snow-white fish. Flesh is dissolved with Trypsin, a digestive enzyme found in your intestine… In order to make the skin and remaining connective tissue invisible the entire specimen is immersed in glycerin. “

Going into greater detail about the staining process in a publicly shared Google Doc, he says “This technique is only effective on specimens that are less than about 1cm in thickness, and takes much longer for thick specimens than thin.  A small fish might take 3 days to process while a larger animal could take several months.” As for the photographing process, Summers shares: “Images are made while the fish is in glycerin on a light table with flash fill lighting.” 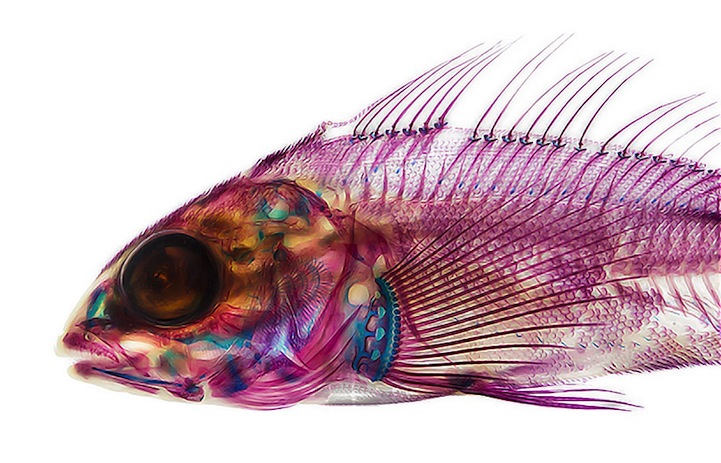 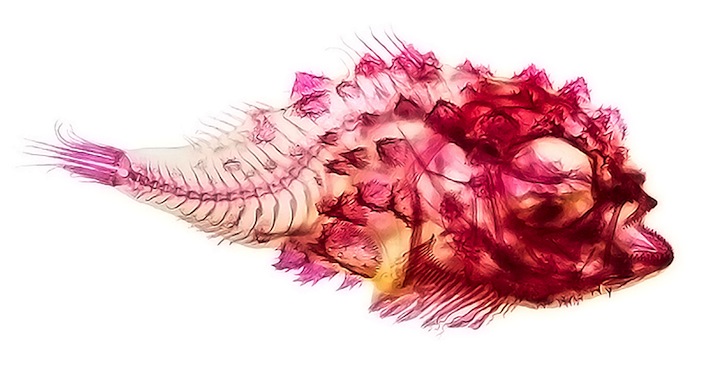 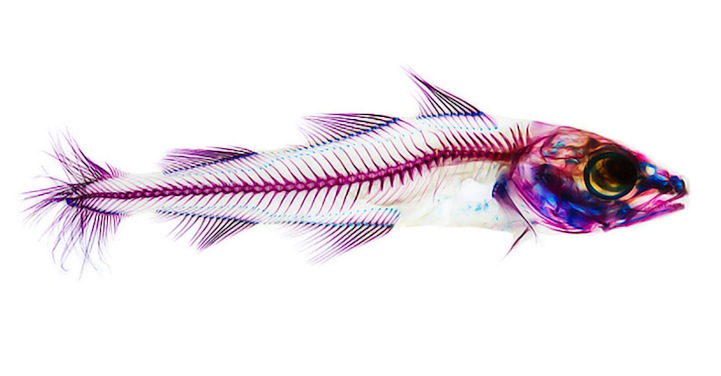 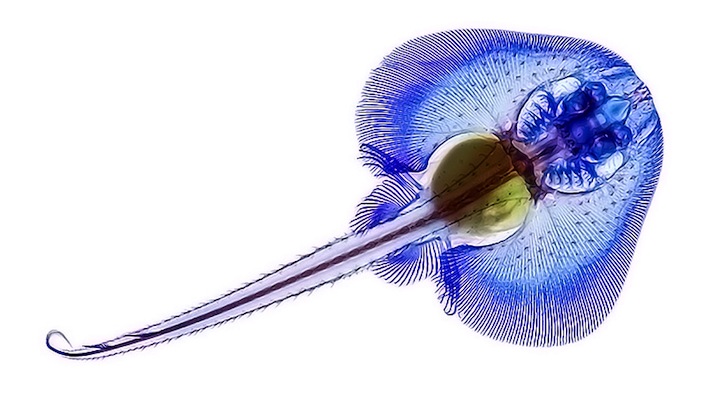 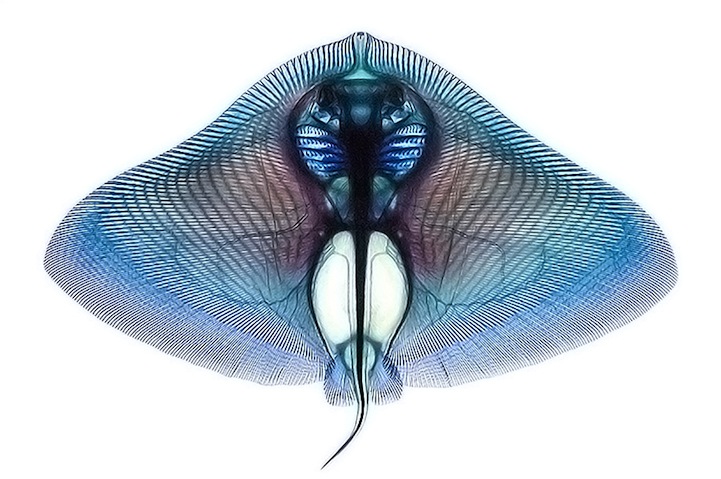 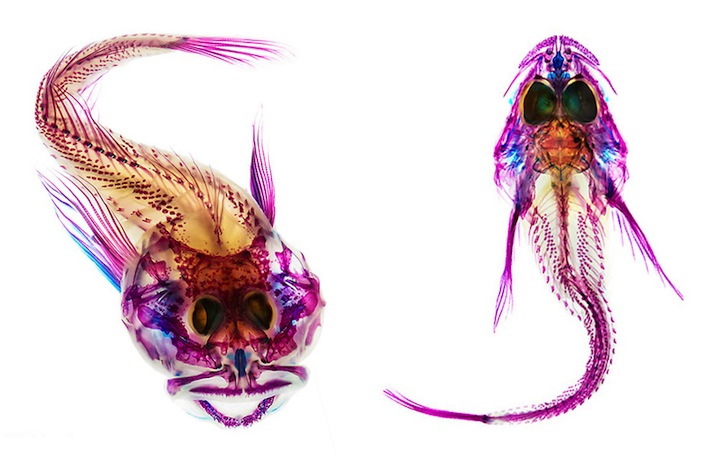 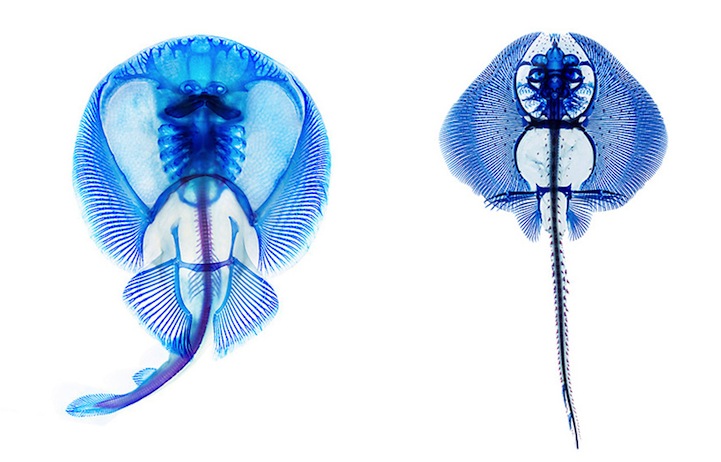