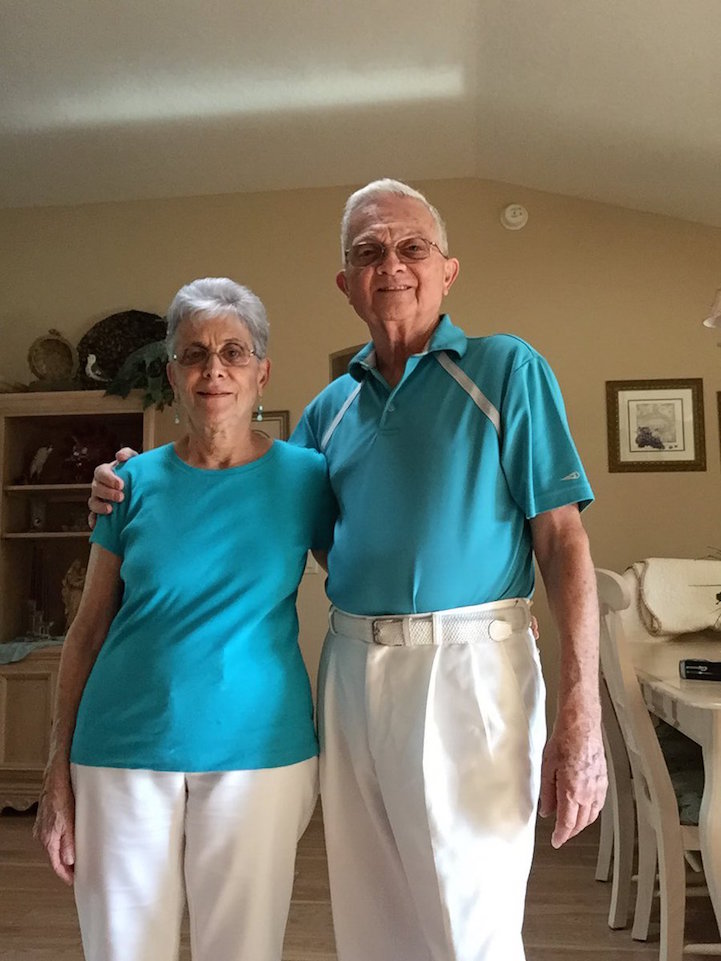 Fran and Ed Gargiula are the personification of what it means to be a couple. Not only have they devoted their lives to one another for 52 happy years of marriage, but now they've also merged their daily style choices by wearing color-coordinated clothes for the past year. It all started when they first attended a square dance class and wore matching outfits for the fun of it. People began to look forward to seeing the Gargiulas' ensemble each week. They provided a consistent source of happiness to all those they encountered. From that point forward, they began to coordinate their outfits every day.

Eventually, the happy couple began documenting their daily ensembles and sending them to a loved one. The recipient of all of these photos is Anthony Gargiula, their 17-year-old grandson. He receives an exclusive preview each morning via his grandfather's text: “I wake up to text messages saying, ‘Good morning! We hope you have a good day!' — along with the ‘outfit of the day,' ” he tells CNN. His personal favorite is the bumblebee costume, where the Gargiulas wore opposing yellow and black pants and shirts. “It's the cutest thing ever,” Anthony states. The Internet agrees, too. The grandson posted a picture on Twitter, which featured a sampling of his matching grandparents—and it was retweeted over 38,000 times.

Over Skype, Anthony told his grandparents about their overnight success, sweetly saying, “I don't really know how to tell you this, but you've gone viral.” His now-famous family members responded with some initial shock, but soon embraced it and sent a matching outfit text to Anthony the next morning that said: “Good morning from your famous grandparents!” Fame doesn't seem to have changed their routine or their boundless love for each other. They're a match made for Twitter. 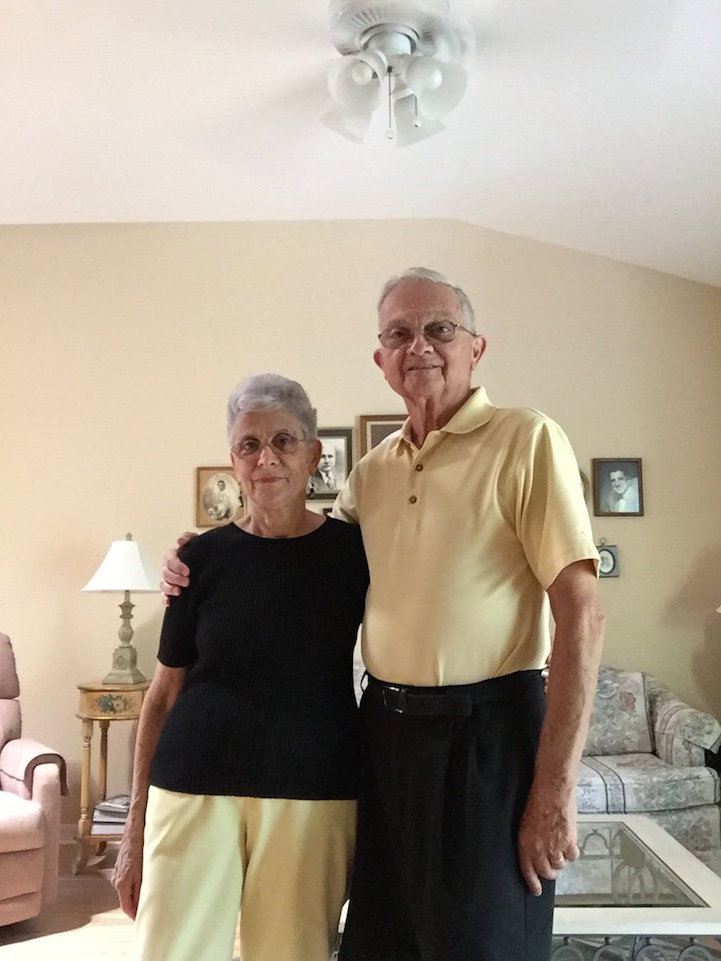 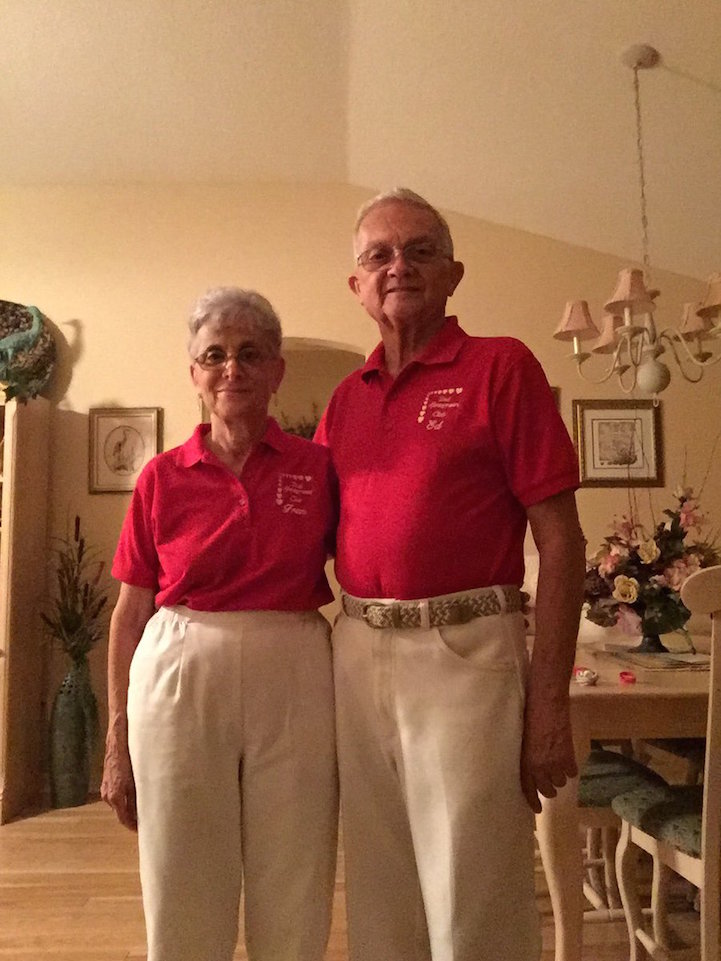 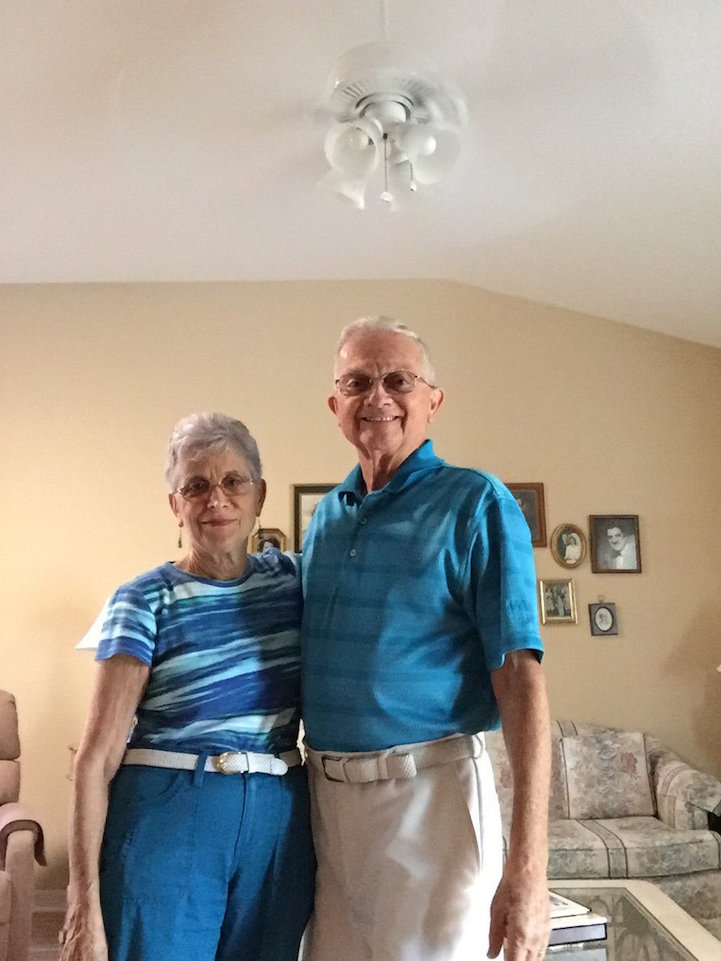 All images via Anthony Gargiula.