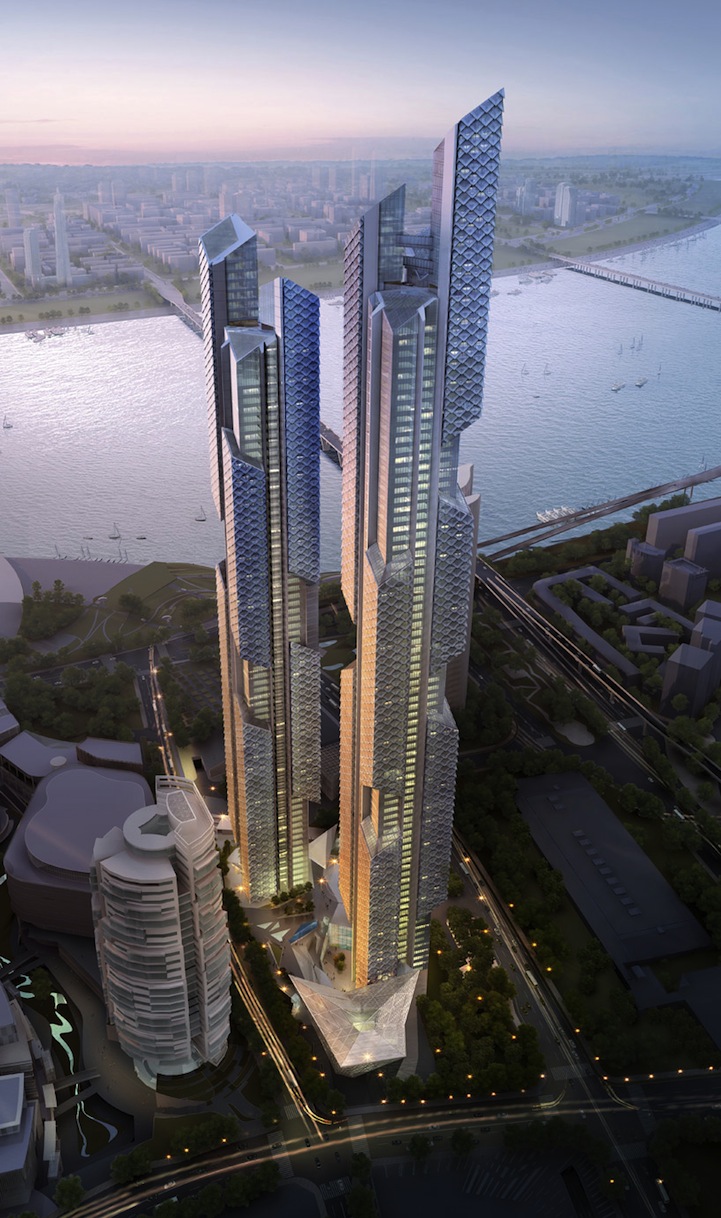 Chicago firm Adrian Smith + Gordon Gill Architecture envision a pair of magnifcent towers shooting up into the sky of Seoul, South Korea. Aptly named Dancing Dragons, the buildings feature glass scales, which are inspired by Korean mythical dragons. Gaps between its overlapping panels feature operable vents through which air can circulate, making the skin “breathable” like that of certain animals.

The two-tower complex will contain offices, apartments, a hotel and shops in Seoul's fast-growing Yongsan International Business District, on the north bank of the Han River. The buildings are similar in height but not exact, measuring 1476 ft and 1280 ft tall, respectively

Adrian Smith + Gordon Gill Architecture was commissioned by South Korean developer DreamHub, along with fifteen other architects to design towers for the Yongsan International Business District. Masterplanned by Daniel Libeskind, it is currently the biggest urban development project in South Korea and is due for completion in 2024.

“There's a sympathetic and complementary relationship between the two masses at the level of the cuts, almost as though they were dancing,”says Adrian Smith. “It's always important for our designs to reflect and interpret the cultures they serve, and the Dancing Dragons complex certainly does that, although in an abstract and highly technological manner. We try to design in a way that is at once beautiful and focused on performance.” 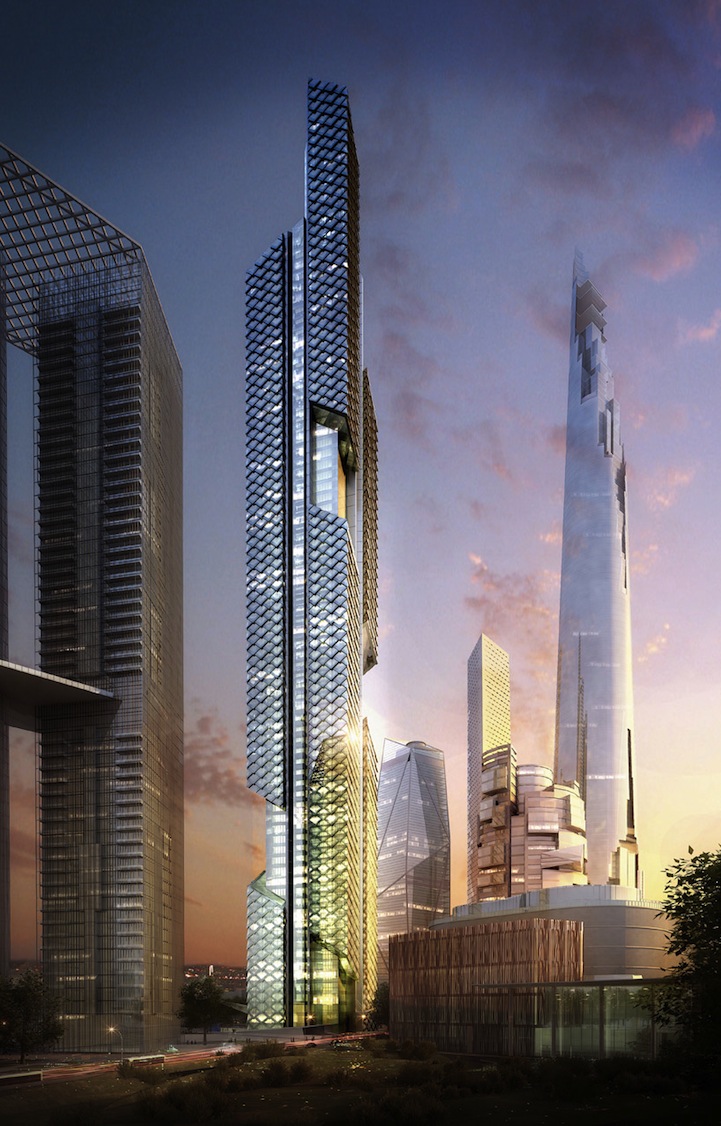 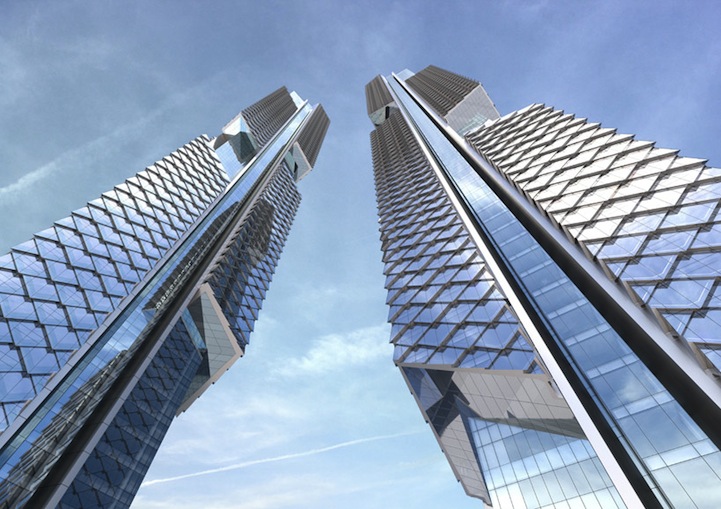 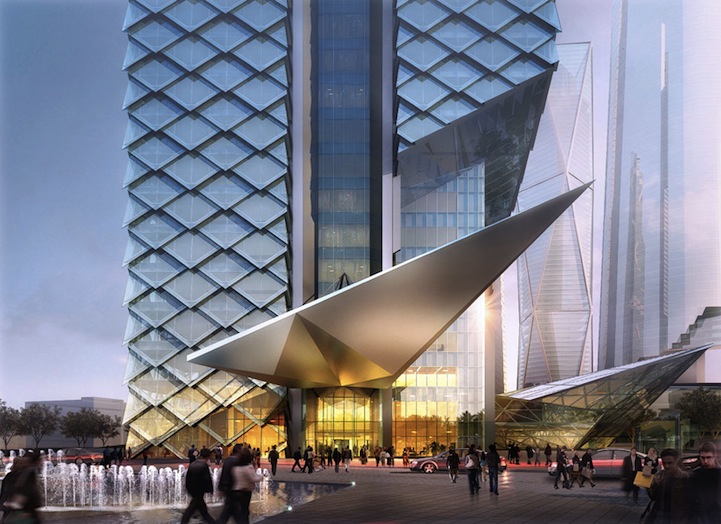 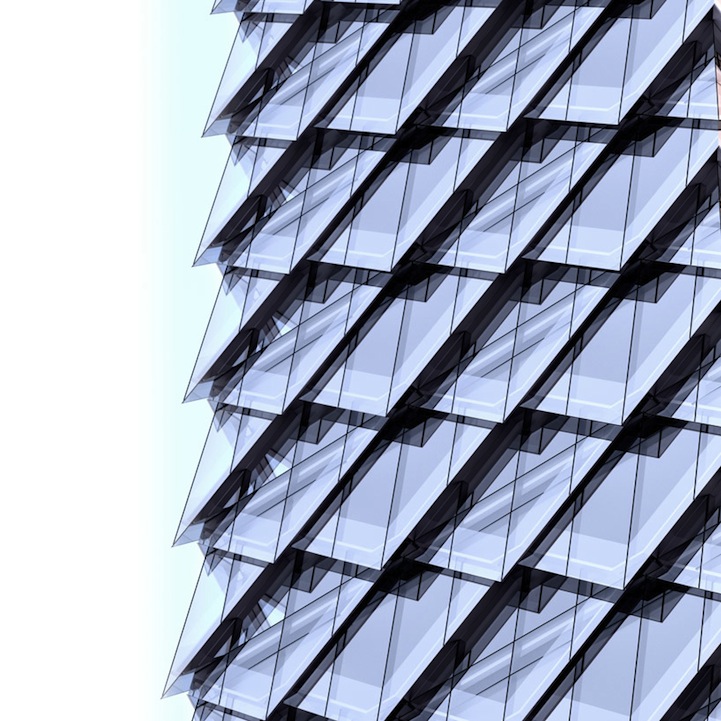 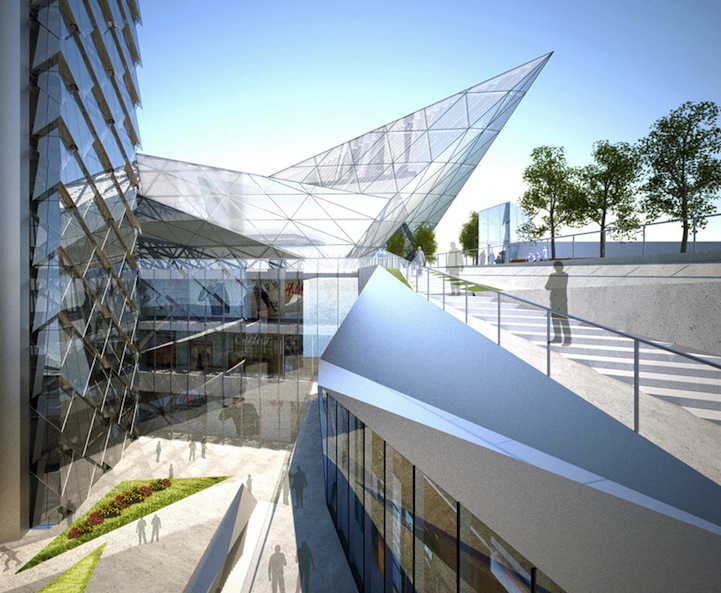 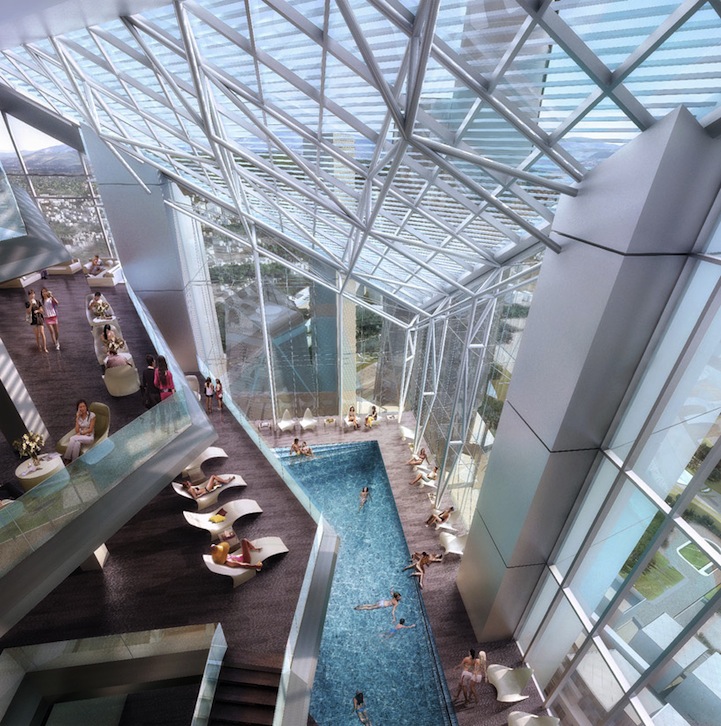 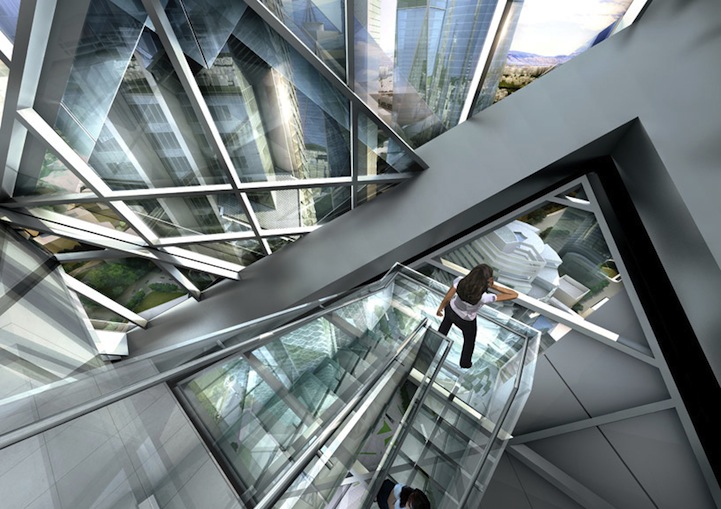