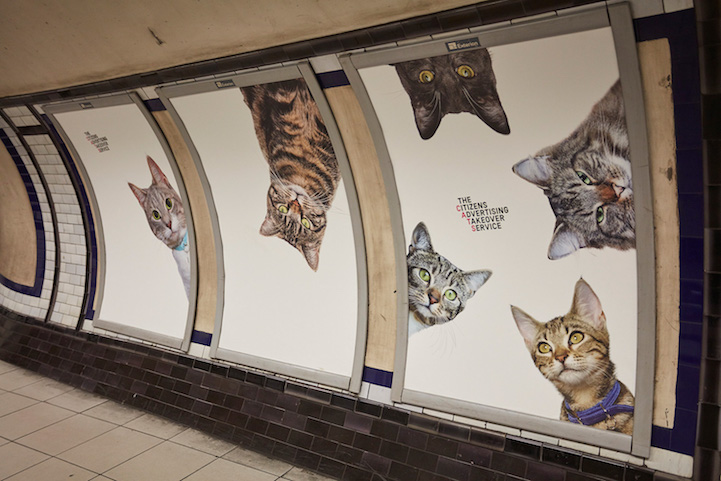 When faced with the option of typical advertisements versus delightful images of cats, passengers of the London Underground knew the choice was clear: fill the Clapham Common station with felines! The Citizens Advertising Takeover Service (cleverly known as CATS) used Kickstarter to bring this furry vision to life, raising more than £23,000 (over $30,000) for the project. They used the money to replace dozens of advertisements with pictures of cute and cuddly cats.

The mastermind behind CATS is a creative collective called Glimpse that describes itself as “a group of friends who want to use creatively for good.” Their three reasons for the advertising takeover were simple. “It would look amazing,” they wrote on Kickstarter. “It’s exhausting being asked to buy stuff all the time.” And most important of all, “We can help lost cats find homes.” They teamed up with Cats Protection and Battersea—charities who help thousands of felines—to feature all of the kitties available for adoption from these organizations in the takeover.

The cat-vertisements will be up for two weeks. In that time, CATS’ ambitions are humble. “We hope people will enjoy being in the station and maybe think a bit different about the world around them.” 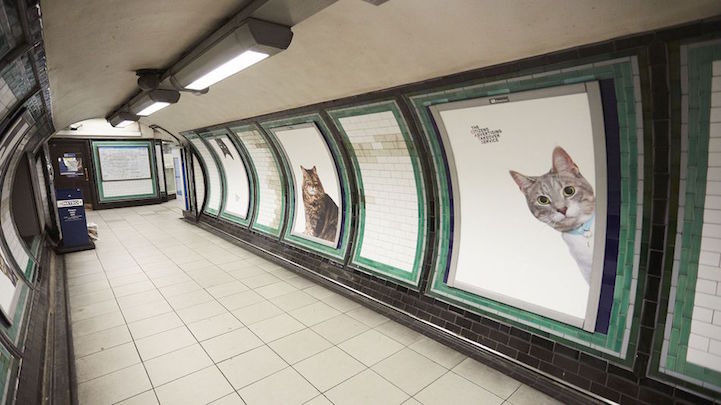 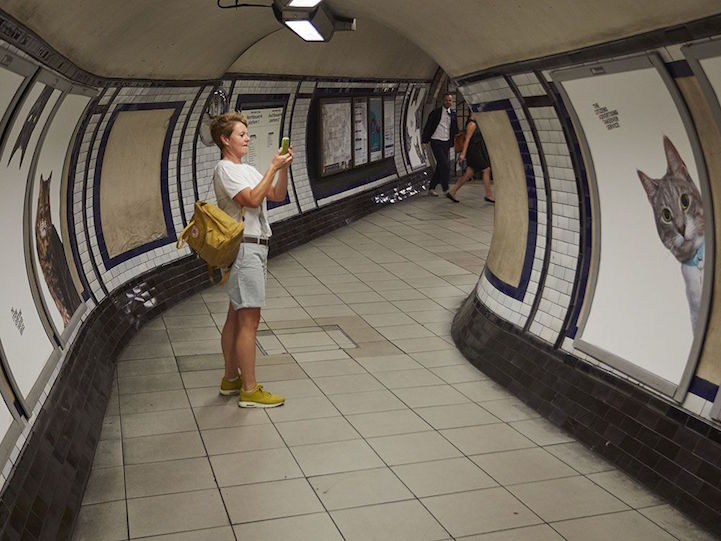 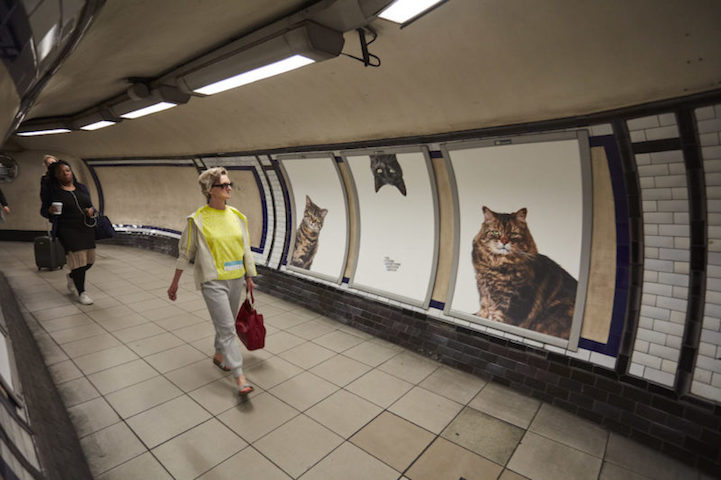 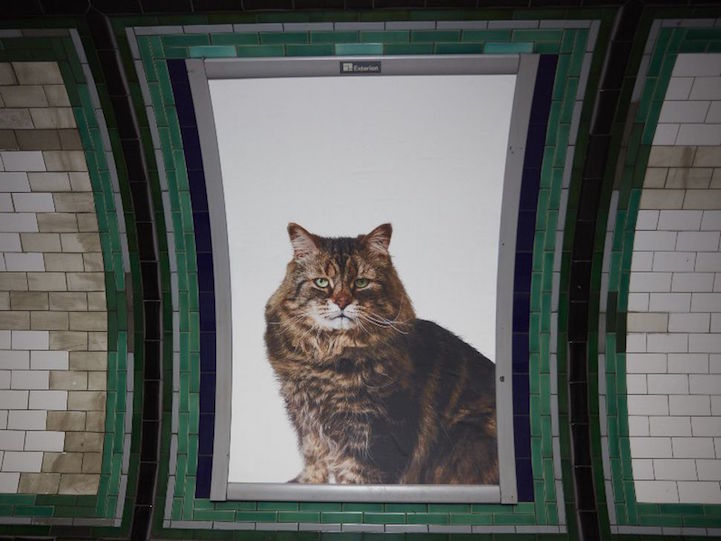 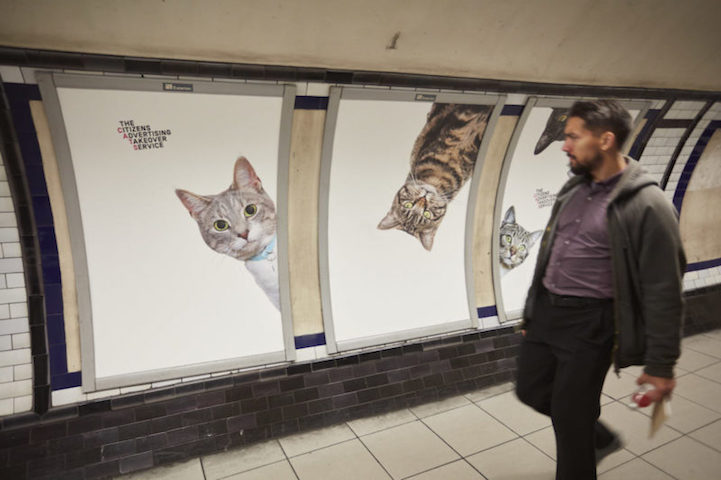 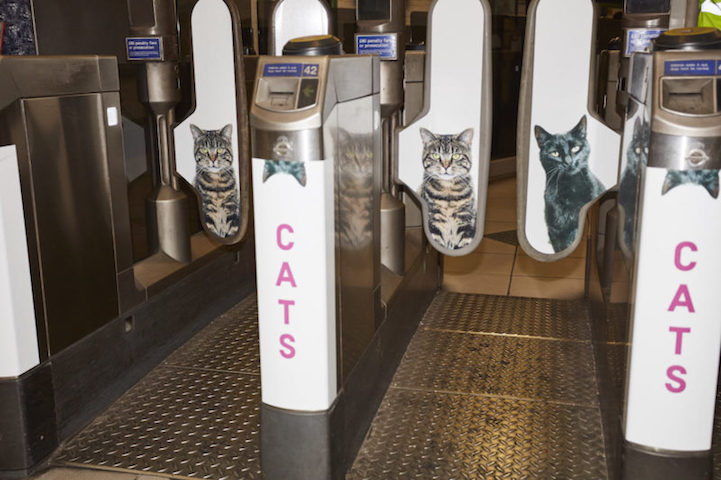 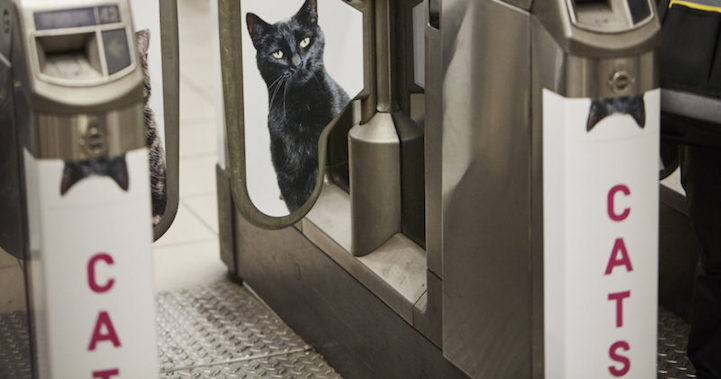 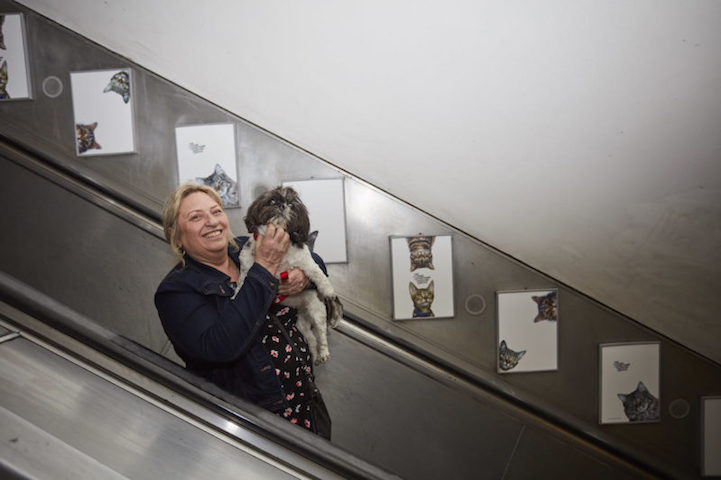 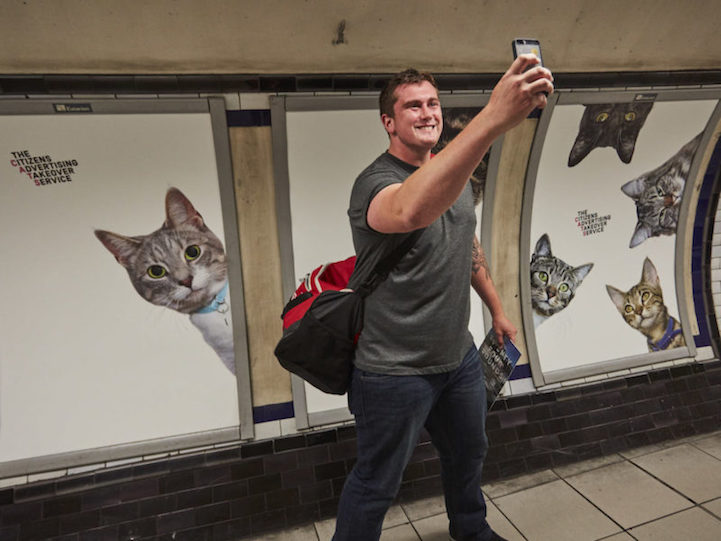 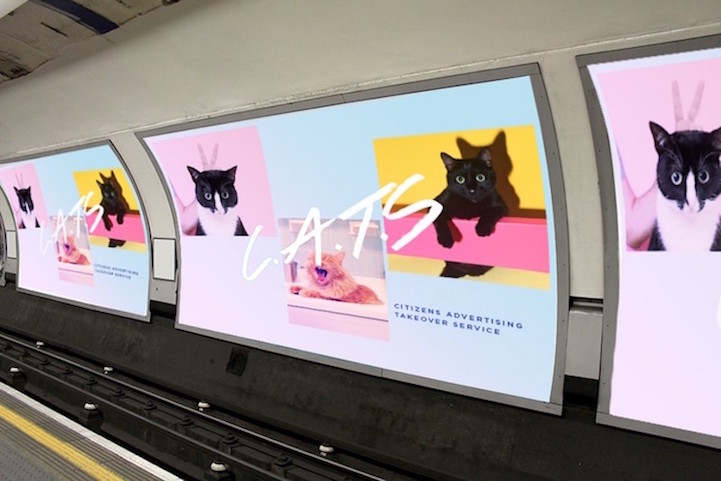