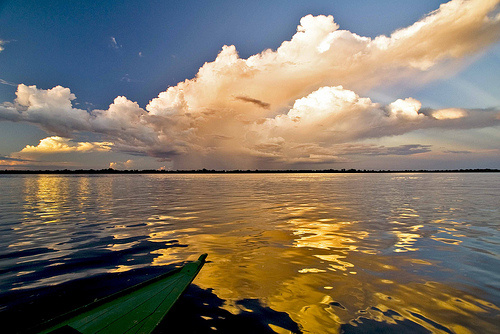 Sometimes all you need is an idea, some cash, and some really experienced friends to launch a business. Oh and let's not forget a hell of a lot of passion. Greg Sullivan, an entrepreneur and former arcade game manufacturer, and business partner Joe Diaz, a former teacher, are going to launch Afar in September, a new travel magazine and website devoted entirely to experiential travel. Greg Sullivan is pouring $10 million dollars of his own money into this venture and though he doesn't have any experience in the publishing industry, he's partnered up with Dwell, the design and shelter magazine, to help lead the way. After watching this video from AdAge, I actually have hope that this magazine will flourish. He talks about traveling as something that people shouldn't escape to, but rather, seek and immerse themselves in, in order to enrich their lives. He uses words like connection and understanding that resonate with me. “The experiential travel trend has been growing for several years,” said Greg Sullivan, CEO and editorial director of Afar Media. “People are looking for more out of their travel experience than just an escapist vacation. I noticed no one in the media was talking to these people and that a lot of community could be built around it.” “The whole thing with the recession and seeing the excesses is hitting peoples' psyches in a way that I think will accelerate this move to looking for meaning and authenticity,” he said. “We're not just building mass,” John Sheehy, president and publisher of Afar, explained. “We want a strong primary core audience for the first couple of years because we are helping to identify a trend. We need strong evangelists to be early adopters.” Looking forward to seeing the 16-page mini-version of Afar that will debut in the September issue of Dwell as well as the website, which promises to be a community hub for readers and experiential travelers, allowing users to interact, post pictures and, eventually, book travel experiences. It's a great idea that, if well executed, could change the way we all look at travel. 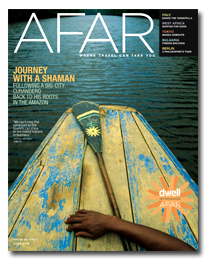