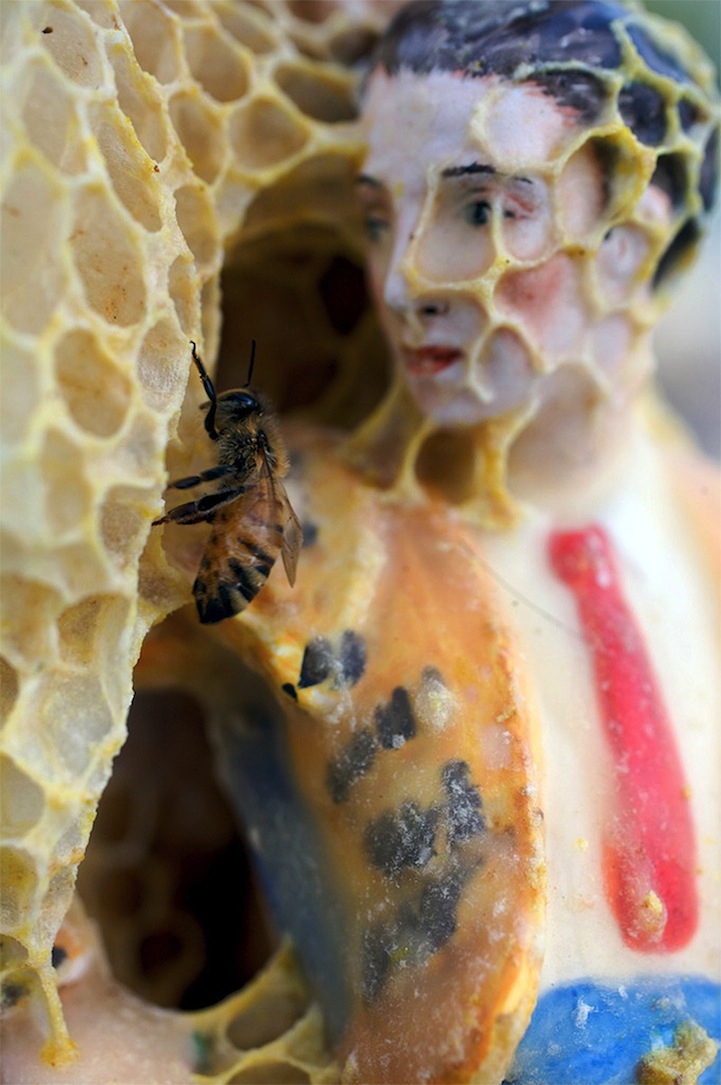 Canadian artist Aganetha Dyck has a grand appreciation for both art and bees. Driven by her innate fondness, she manages to combine the two in an interspecies collaboration that results in porcelain sculptures cloaked in honeycombs. The artist provides her buzzing little friends with custom-designed apiary feeder boards and hive blankets, where she introduces the figurines and allows the bees to transform them with their hexagonal cells of wax.

Through her series of work, Dyck also draws attention to the escalating decline and mysterious disappearance of bees across the globe. The phenomenon known as colony collapse disorder, in which colonies of bees have gone missing, affects everyone, as they are a great source of pollination for crop farmers. In fact, the bee population is said to have decreased by 30-50% in North America. Some bee farmers have even reported an 80% loss of their bees.

The artist, who values the importance of environmental issues, works with honeybees to produce each time-consuming piece, reflecting the power of combined efforts between different species and exhibiting the importance of bees in the world. Dependent on the passage of time, whether it be weeks or months, the figurines are adorned or cloaked in the waxy structures built by the diligent insects.

A selection of Dyck's work will be on display in an exhibition titled Honeybee Alterations at the Ottawa School of Art starting March 3, 2014. 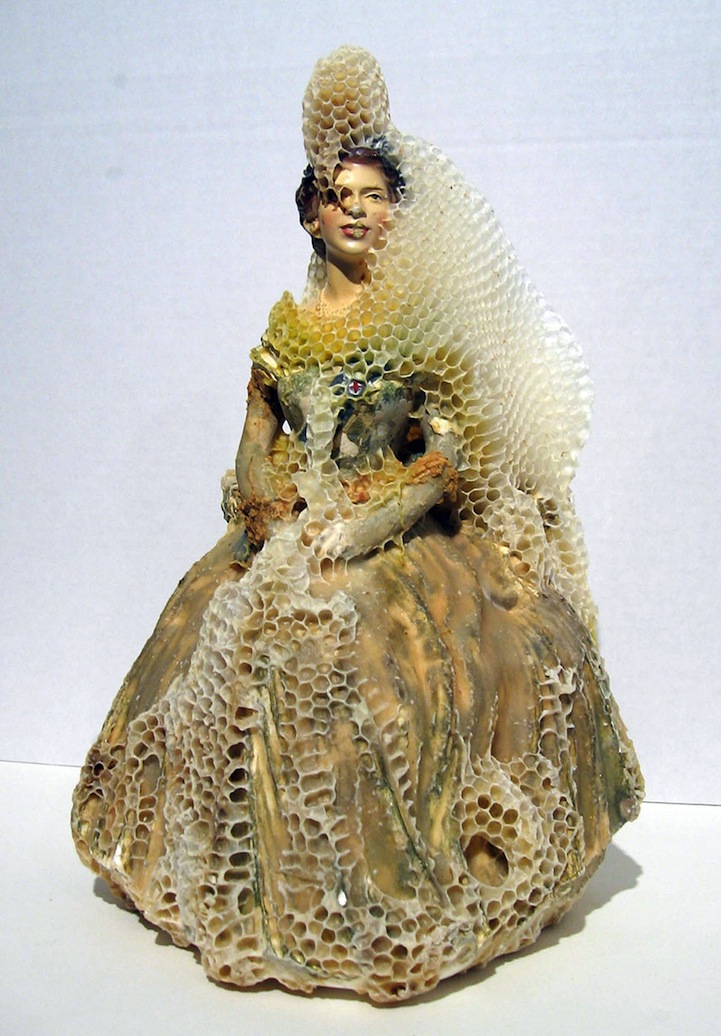 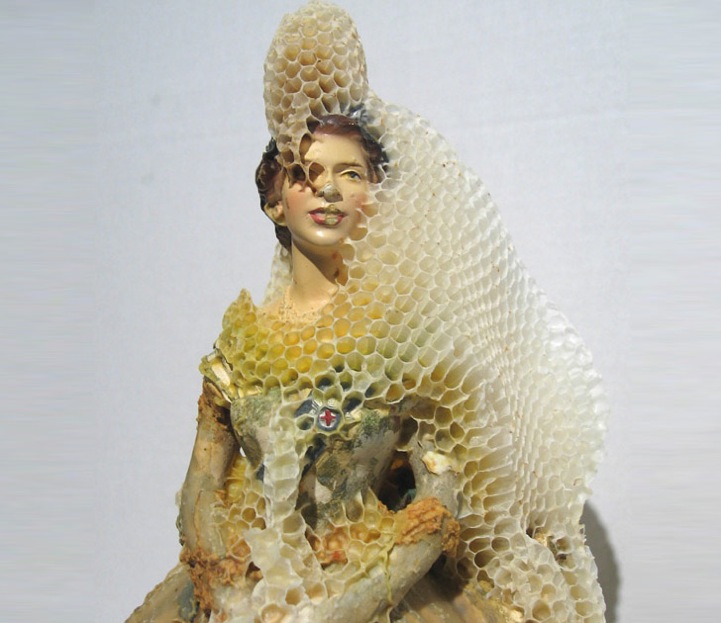 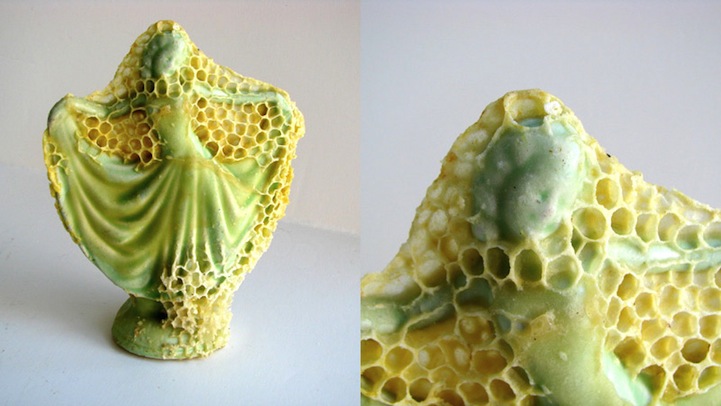 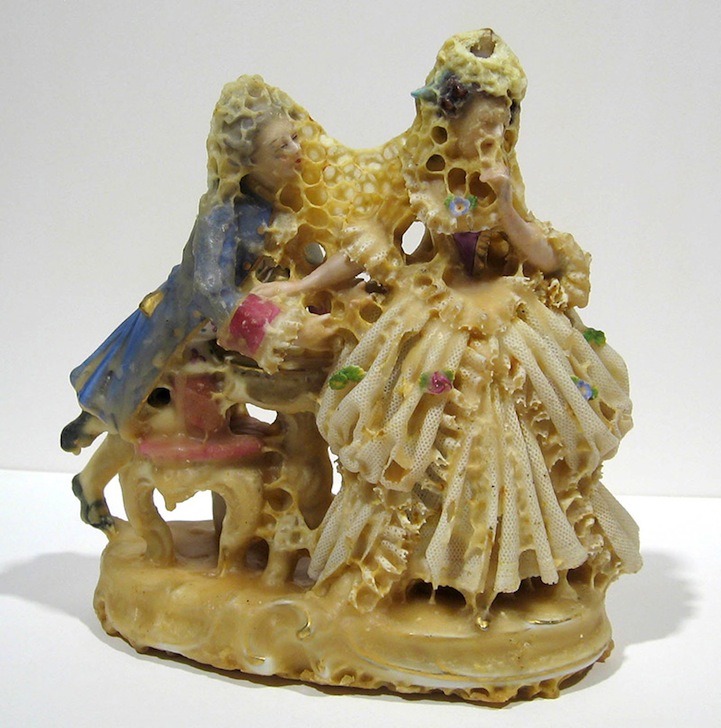 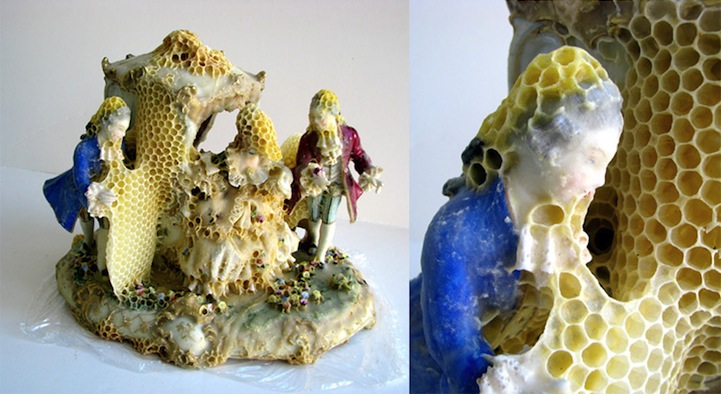 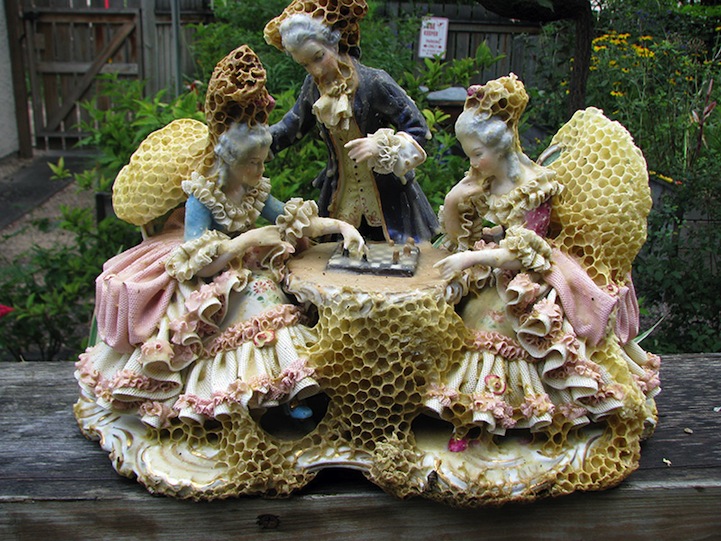 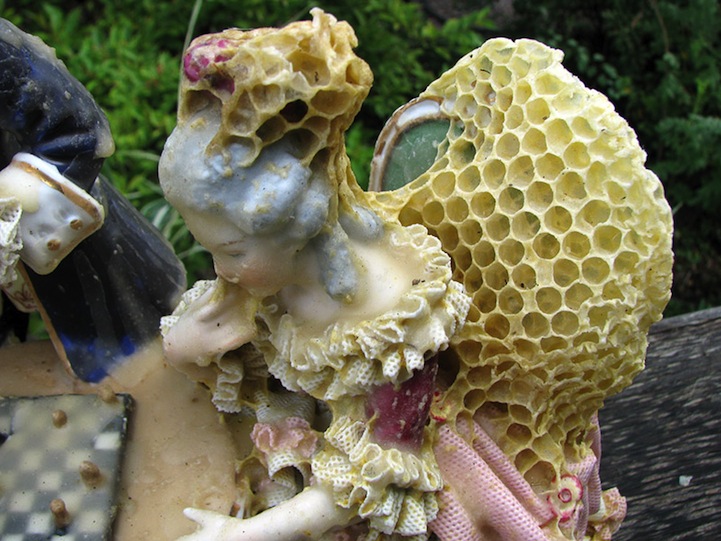 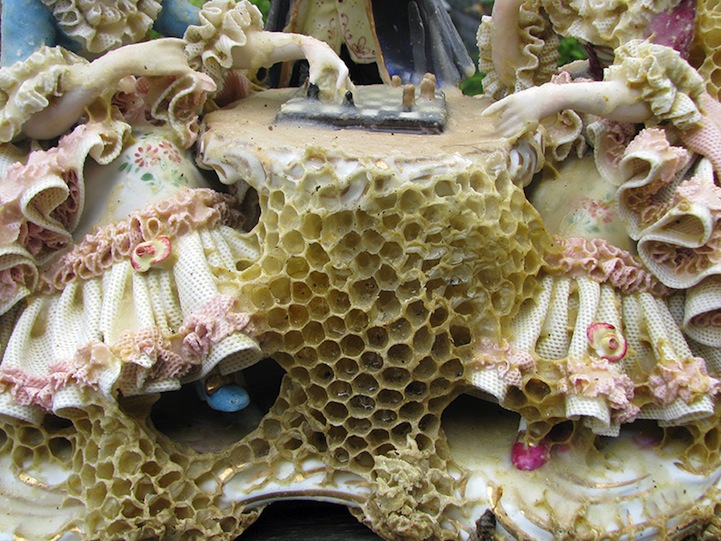 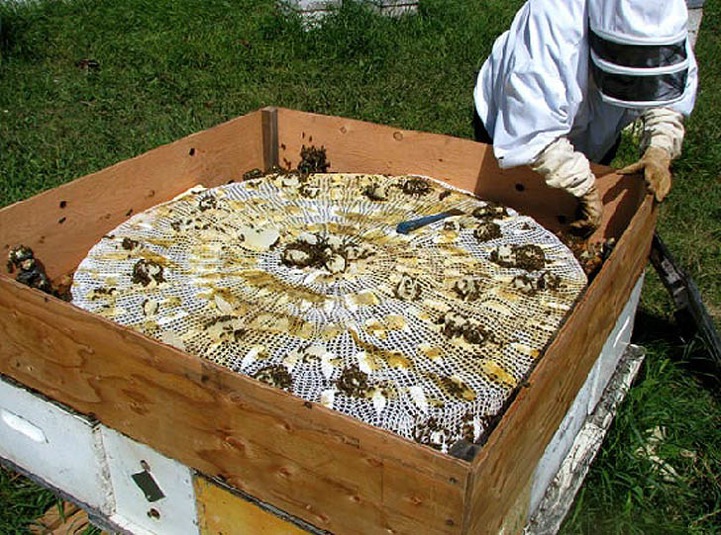