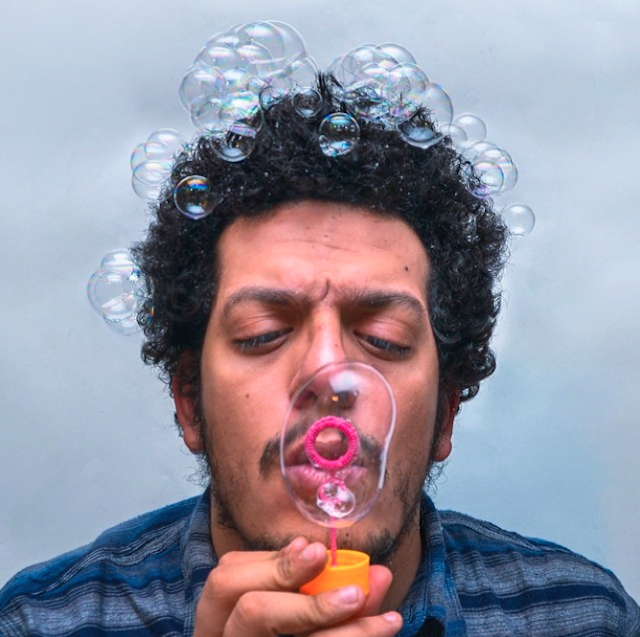 It appears that beards aren't the only thing that can be filled with random objects. Egyptian conceptual photographer Ahmad El-Abi takes the challenge to his head by stuffing his hair full of random objects and then photographing and posting the hilarious results on Instagram (@ahmad_abi) under the hashtag #stuffedhair.

The self-portraits are delightfully fun and quirky, featuring an abundance of colors, extra props, and a clear sense of humor. El-Abi stuffs his hair with objects ranging from dried pasta, Legos, and crazy straws to matches, colorful clothespins, and pinwheels. One image even shows the photographer with his hair full of bubbles, which prompted so many questions of how he made it that he posted a behind-the-scenes image showing the difficult process behind the photo.

El-Abi's first #stuffedhair photo, the image of the photographer with his hair full of rubber ducks, was originally a submission for Instagram's Weekend Hashtag Project on 2014 resolutions (#WHPresolutions2014). The response was so positive that he was inspired to continue posting images of his hair stuffed full of objects, and this amazing new photo series was born. El-Abi says, “I hope to inspire others to open their eyes, to do what they love and to discover more about what they can do, because when I started photography three years ago, I didn't know I would be doing conceptual/creative photography. I really love it when someone says my photos cheer them up because they are colorful and funny.” 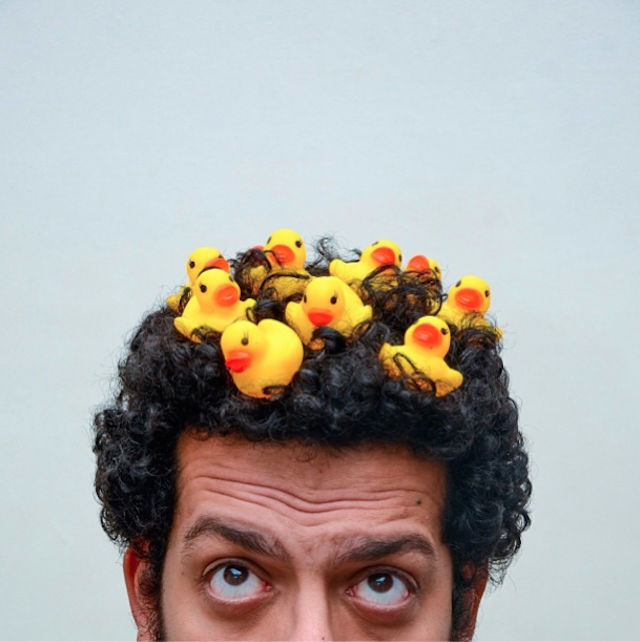 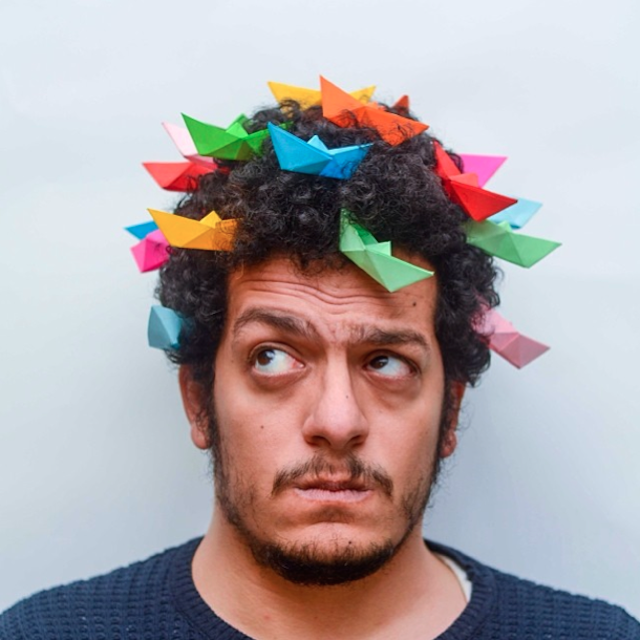 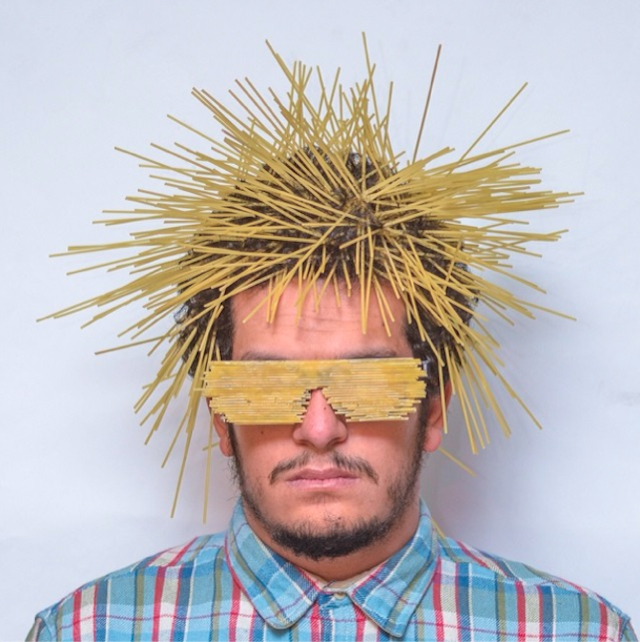 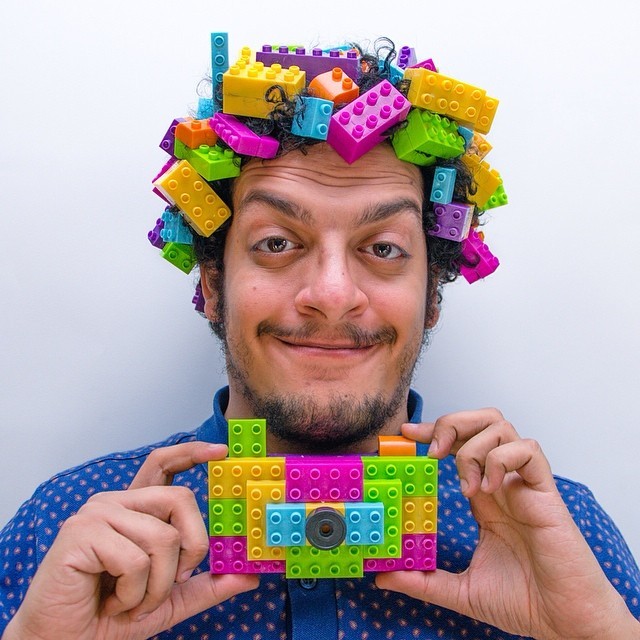 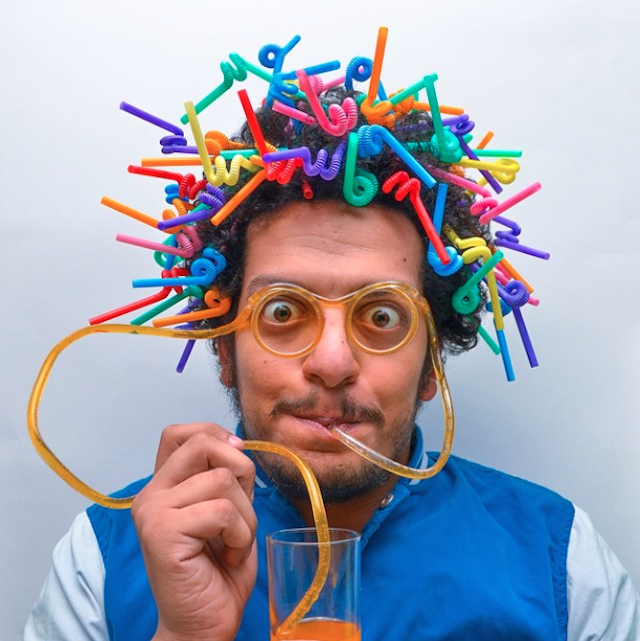 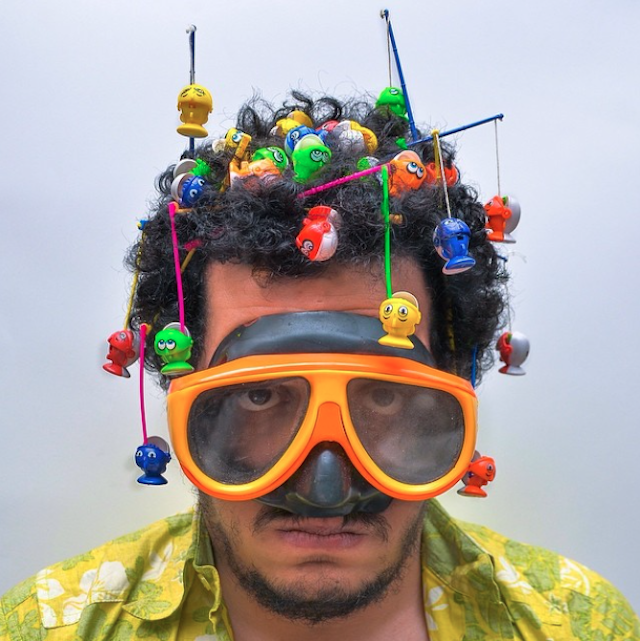 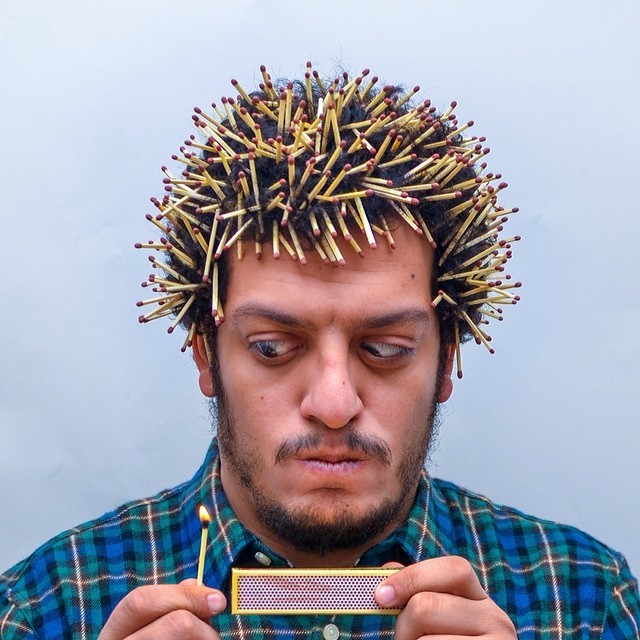 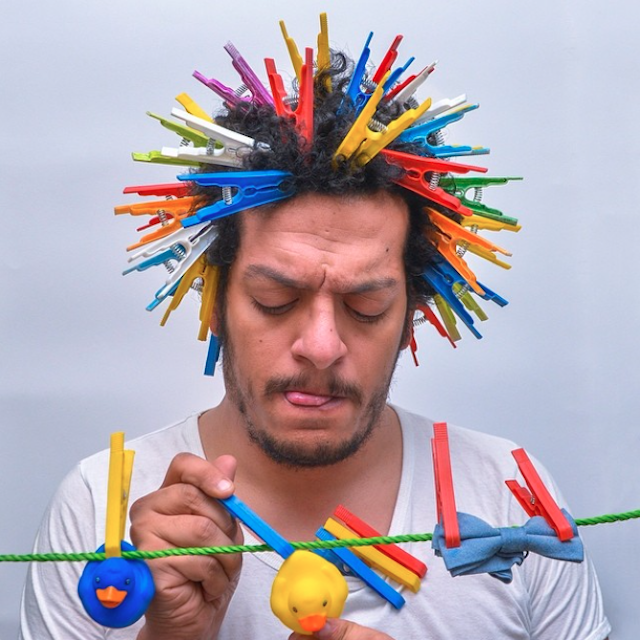 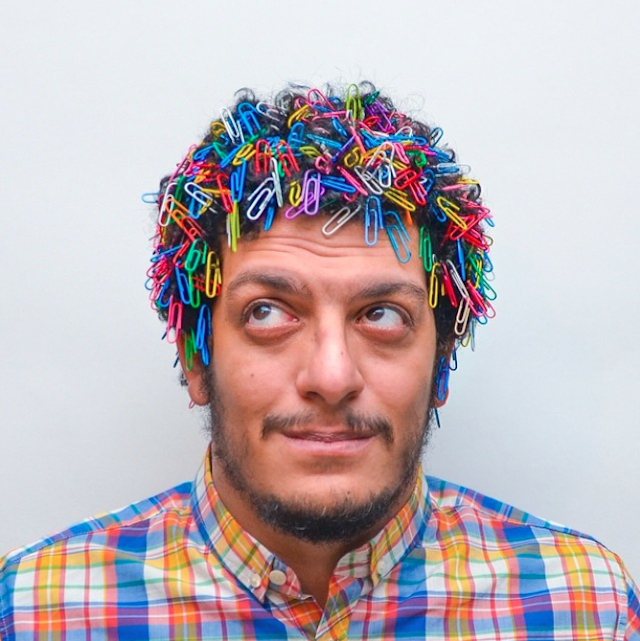 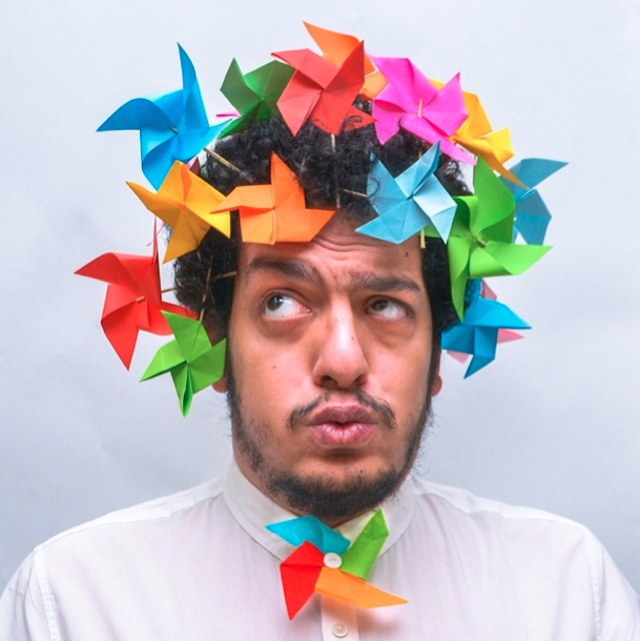