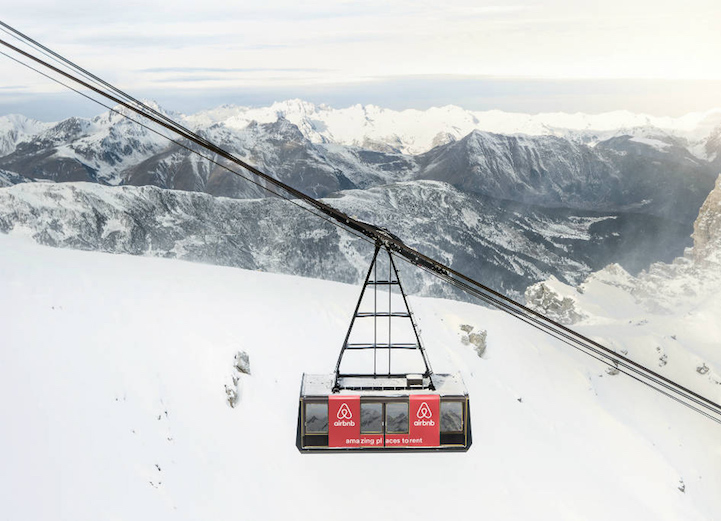 Adventurous travelers can now direct their wanderlust towards Airbnb's daring, redesigned cable car-turned-luxury accommodation. It's suspended in midair above the Courcheval ski resort in the French Alps. But, before you book your plane ticket, know that it's not available for just anyone to rent. The gorgeous room is actually a grand prize in the site's latest competition.

This cable car hangs over 2,700 meters above sea level and is near the top of the Sommet de la Saulire, which is a mountain in the Massif de la Vanoise. Airbnb transformed it into a stunning one bedroom, two bed-apartment that can host up to four guests at a time.

The precarious setting is part of Airbnb's “A Night At” initiative that awards 24-hour getaways to one-of-a-kind locations. Previous destinations included a commercial jet and an IKEA. Here, the winners will be chauffeured up to the mountain on snowmobiles, dine on a Savoyard menu in the car, and later sleep under the stars with amazing alpine views.

Doesn't that sound exciting? You have until February 25 to enter the giveaway and explain, in 100 words, why you should go. Only four winners will be chosen once they open the doors on March 6. 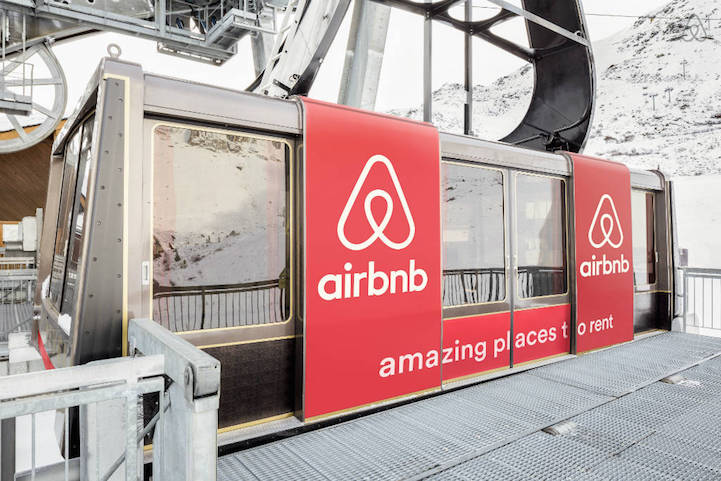 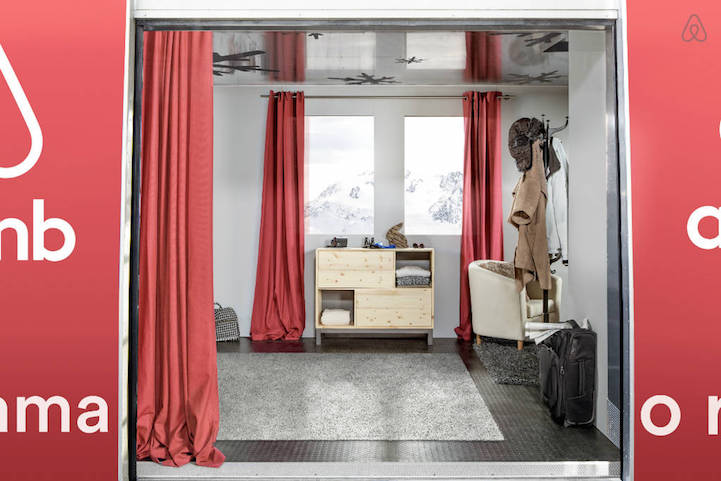 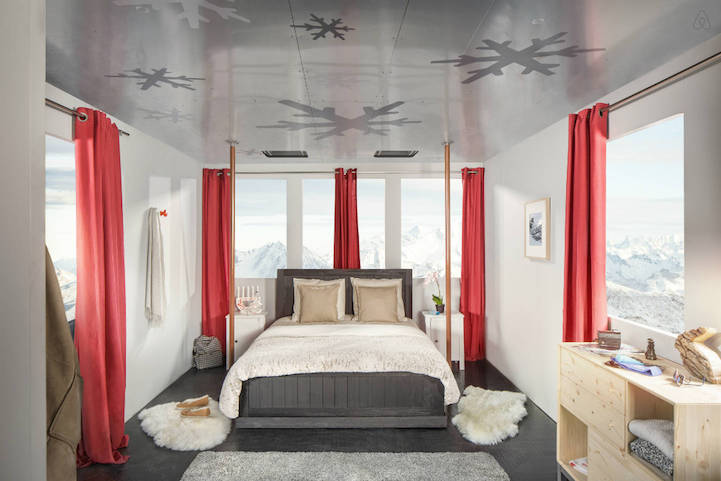 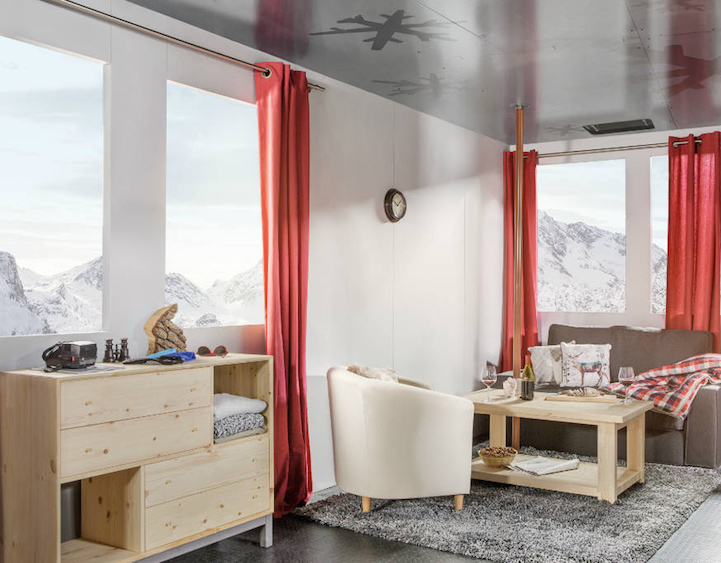 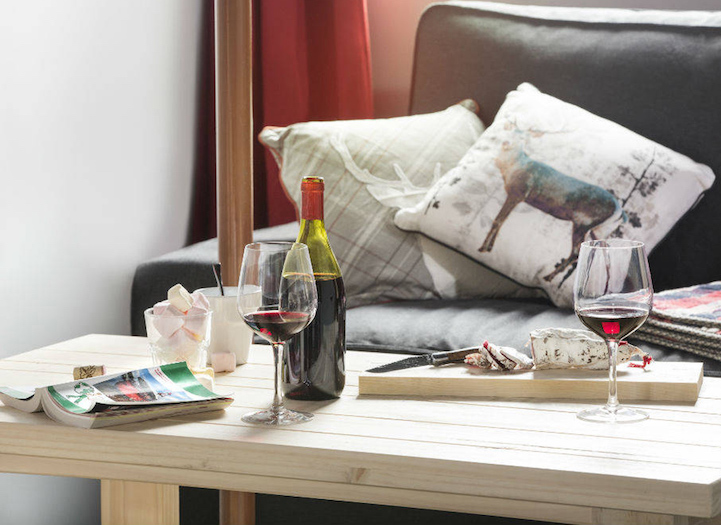 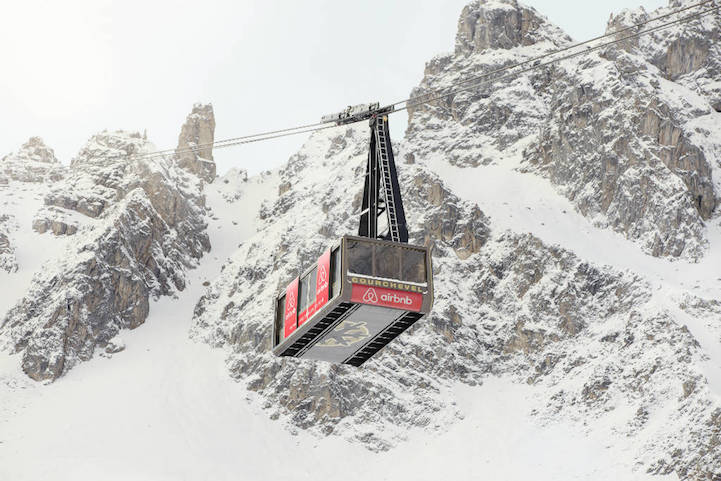 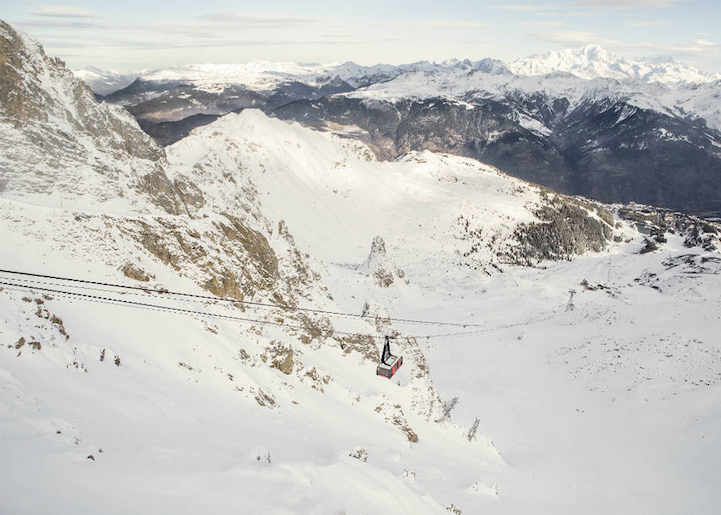