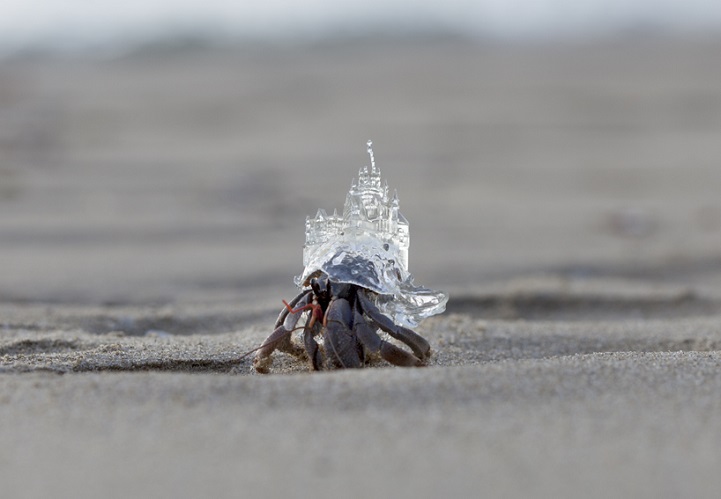 Artist Aki Inomata continues to give hermit crabs a home in her series of 3D-printed, architecturally-influenced shells. While her previous designs featured habitable, miniaturized cityscapes, she's now turned her attention towards nuptials. The latest shell is called White Chapel and modeled after a Japanese wedding building. It's the third installment in her project titled Why Not Hand Over a “Shelter” to Hermit Crabs?

Inomata's small sculptures depict places that are solely meant for marriage (no other worshiping is involved), and they illustrate an interesting religious phenomenon in Japan: only 1% of Japanese people are Christians, but 60% of their weddings are held in these buildings. Typically, they feature an all-white exterior and boast many architectural styles, including Gothic and Romanesque.

To form these transparent shells, Inomata studied the hermit crabs' natural shapes using CT scans and interpreted them using computer software. The shelters were then 3D printed in acrylic, done in such a way that the crabs would instinctively adapt them as their own. Check out the video to see the unusual covering in action. 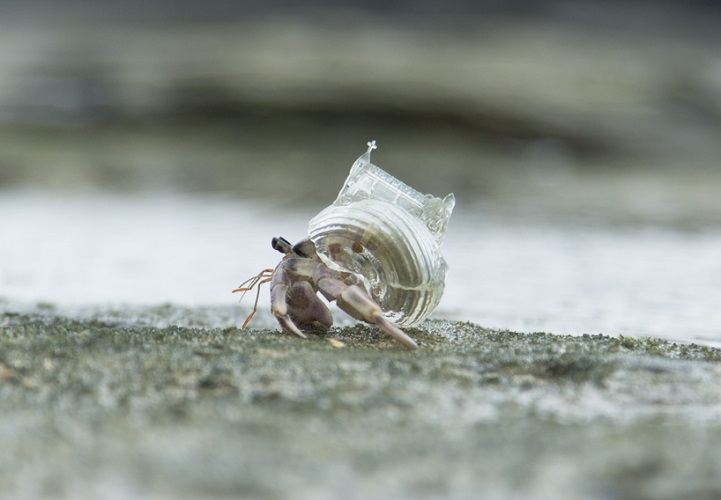 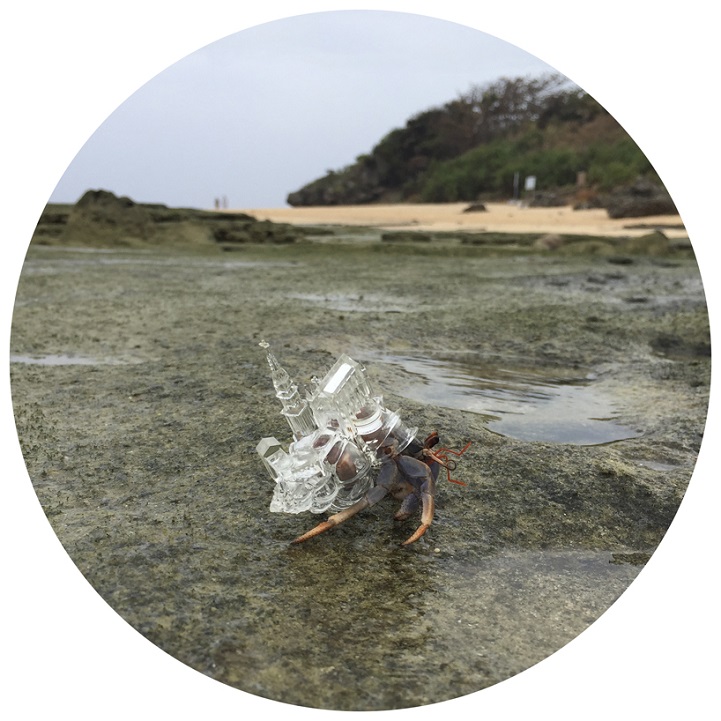 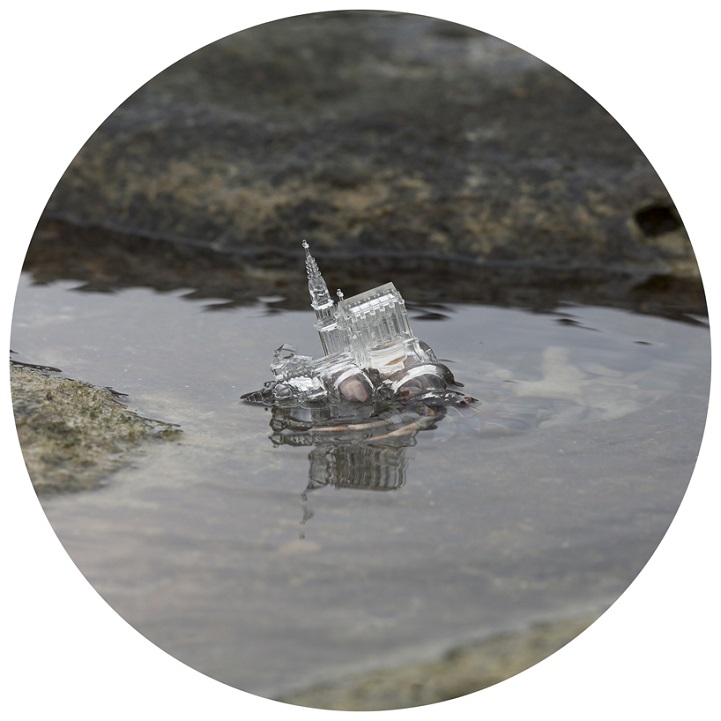 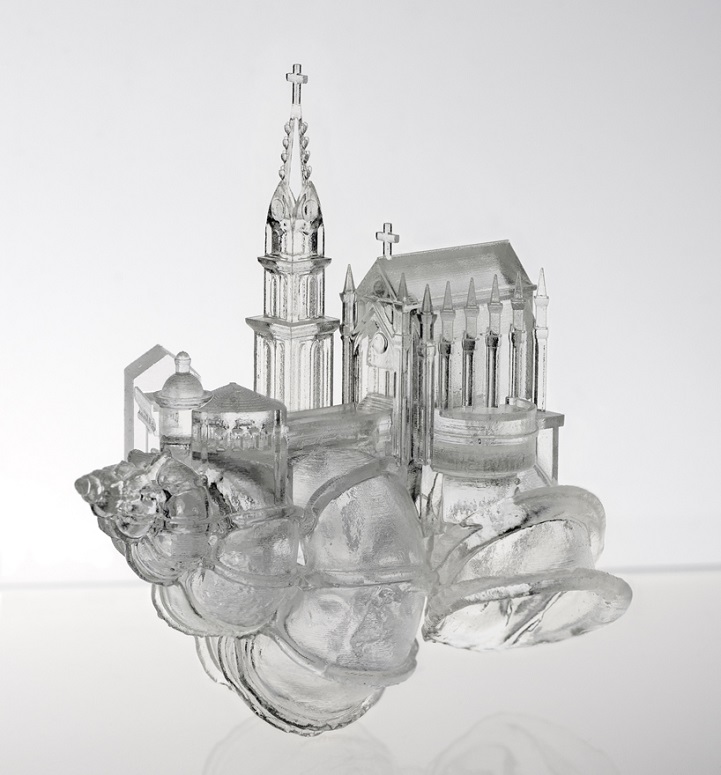