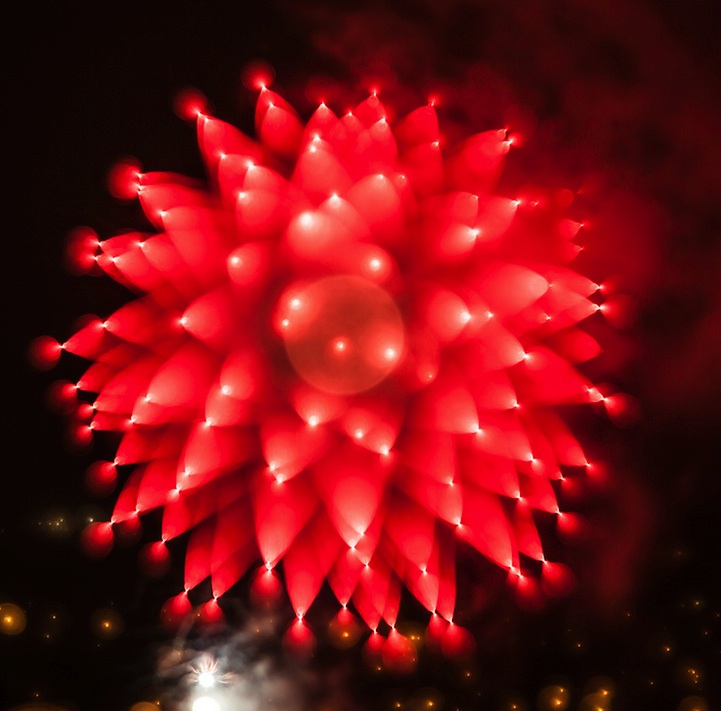 Photographer Alan Sailer is usually known for causing explosions of random things like Christmas ornaments or fruits and vegetables, and then taking high speed photos of them. Yesterday, however, he decided to slow things down a bit by taking long exposures of fireworks exploding in the sky. After seeing “a great idea of firework photography on the web,” (David Johnson), Sailer took these incredibly unusual photos of fireworks that resembled everything from blooming flowers to colorful balloons.

As he states, “It was more difficult than I expected, but with practice I started getting the idea. Basically you pull focus while the the firework is going off. I think it might be easier if I used a lens that didn't have ultrasonic focus. You could then make a home-brew stop to keep the lens in the range of focus that gives best results.”

If you'd like to learn how to capture these yourself, 22-year-old David Johnson has shared a step-by-step tutorial on his website. 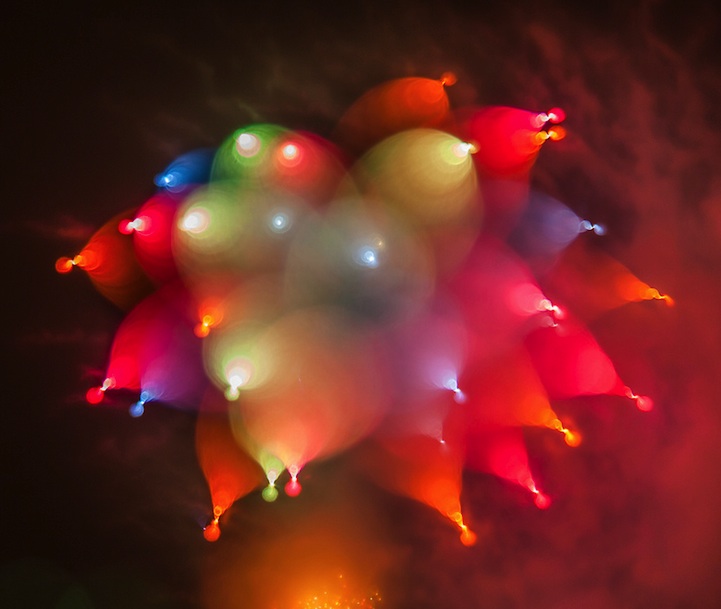 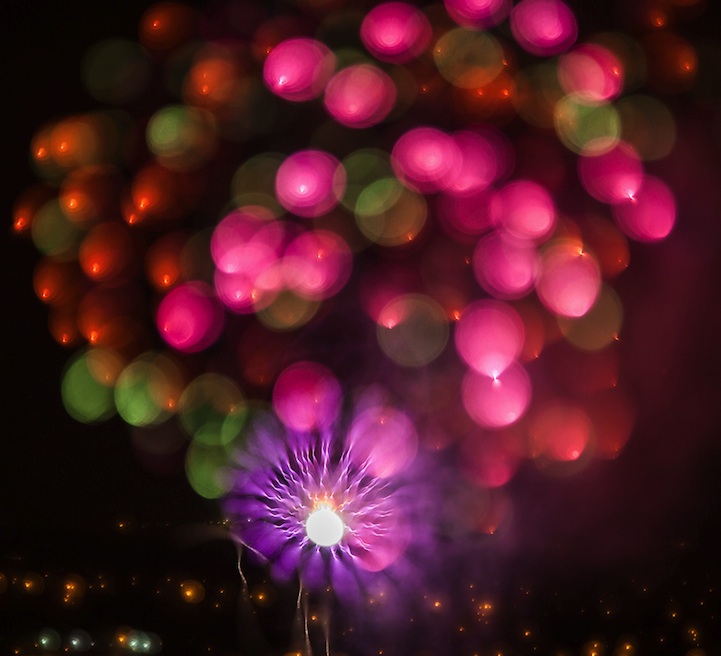 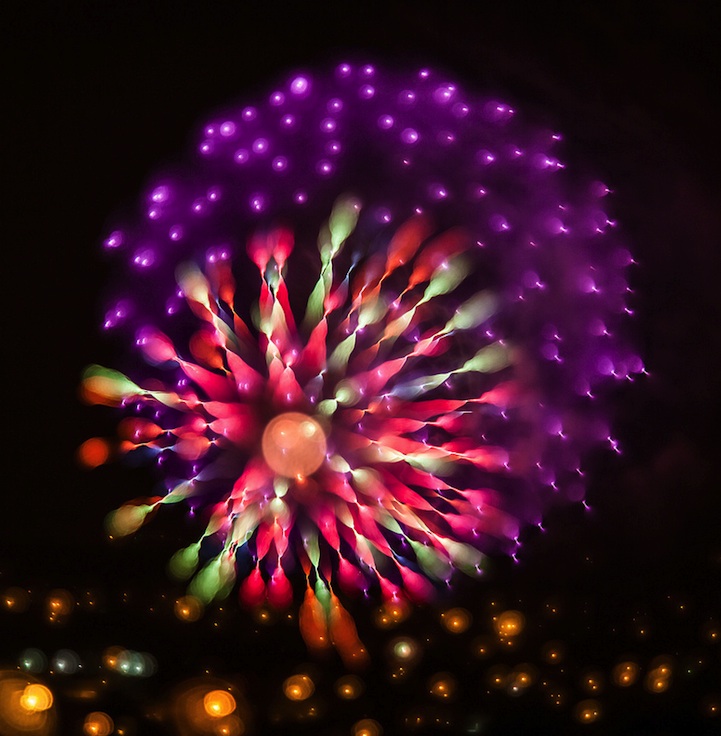