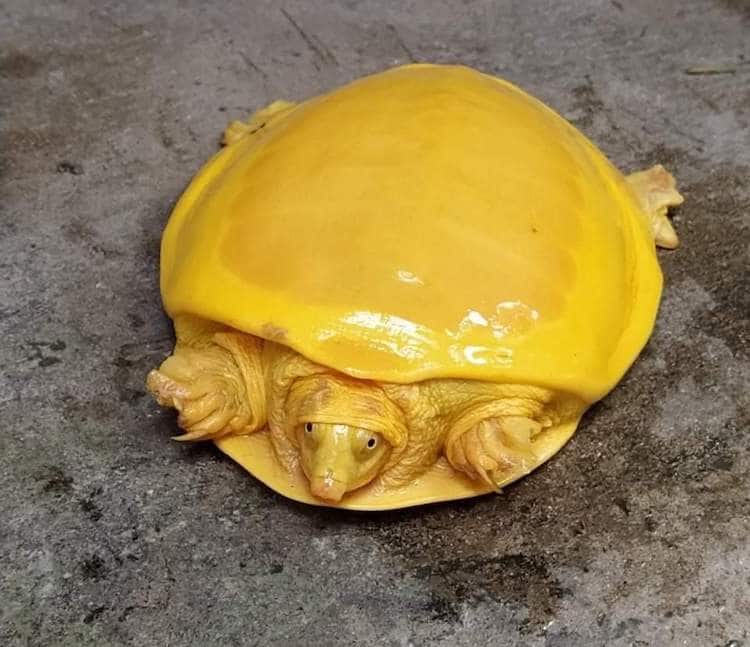 In India, a farmer stumbled upon an unusual turtle that looks a bit different than you might think. The rare turtle has the color of egg yolk or a slice of cheddar cheese, which makes it stand out in a crowd. Once the photo of the turtle was posted online by a member of the Indian Forest Service, it went viral as people marveled over its appearance. So just what kind of turtle are we looking at here? It's actually an albino Indian flapshell turtle.

These freshwater turtles are widespread across South Asian countries like Pakistan, India, Sri Lanka, and Bangladesh. And while typical Indian flapshell turtles are dark green and brown, the example found recently has a decidedly more vibrant appearance. It was discovered by a local farmer while working in his fields in the eastern Indian state of Odisha. The farmer brought the unique creature home and then alerted forest officials, who turned it over to conservationists.

As is often the case, the Indian flapshell turtle's albino appearance is due to genetics. “It is a congenital disorder and it is characterized by complete or partial absence of tyrosine pigment,” shared Siddhartha Pati, executive director at the Association for Biodiversity Conservation. “Also, sometimes a mutation takes place in the gene sequence or there is a deficiency of tyrosine.”

Tyrosine is an amino acid that, among other things, helps make melanin. Melanin, of course, is pigment responsible for the color of skin, eyes, and (in the case of turtles) shells. The fact that the turtle has pink eyes is a clear indicator of albinism, as opposed to leucism, which is only a partial loss of pigmentation.

Believed to be between one and a half and two years old, the albino Indian flapshell turtle has now been released into the wild. Here's hoping that this special turtle will lead a long and happy life. 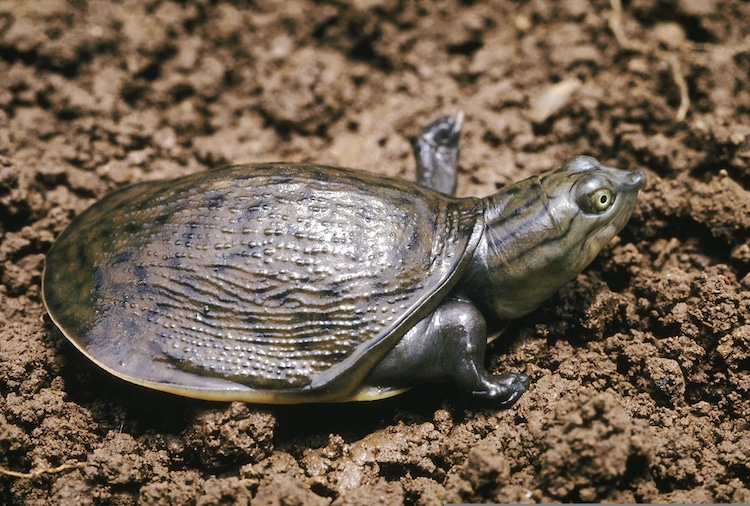 But this albino version spotted in India is quite unusual.

Twitter has been having a lot of fun comparing its bright color to a number of food items.