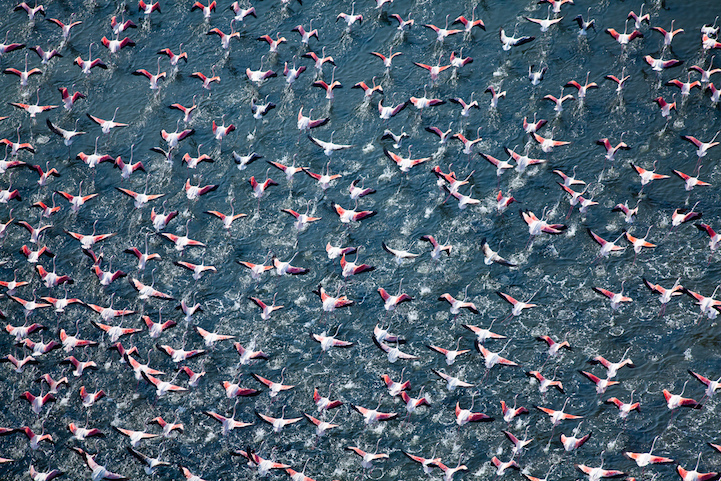 The best part about sitting in the window seat of an airplane is the view. As it makes its final descent, you have a breath-taking vantage point where everything appears miniaturized and almost unreal. Photographer and licensed pilot Alex MacLean has spent years “sticking his camera out the cockpit” of a small Cessna 182, capturing what he sees below. The results are grandiose images that have an incredible amount of tiny details.

MacLean's aerial photographs include amusement parks, shipping containers, and docks, in addition to swimmers, surfers, and flamingos. A lot of this subject matter isn't unusual, but its bird's-eye-view shines a new light on what we're used to seeing. The small scale creates a repetition of colors and textures, forming abstract patterns that you'd only see from above. It reveals the intricate beauty of our world that we don't see when we're at ground level. 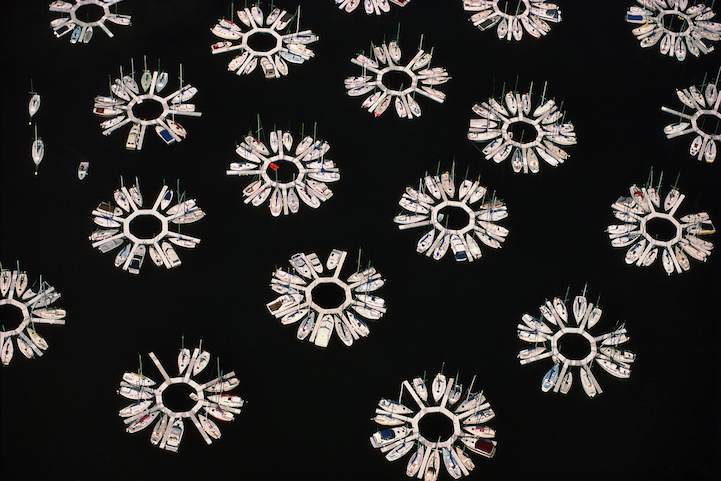 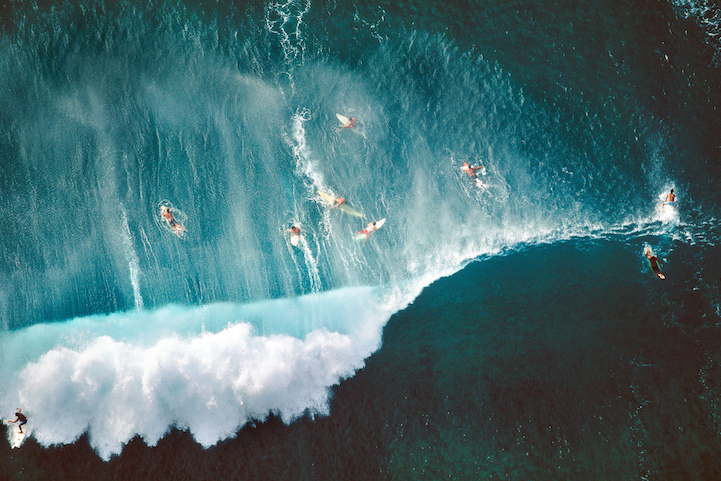 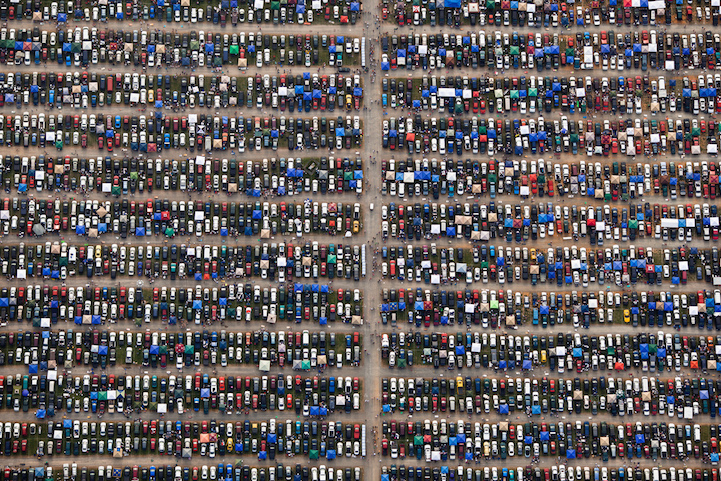 Cars parked at a Nascar event in Richmond, Virginia 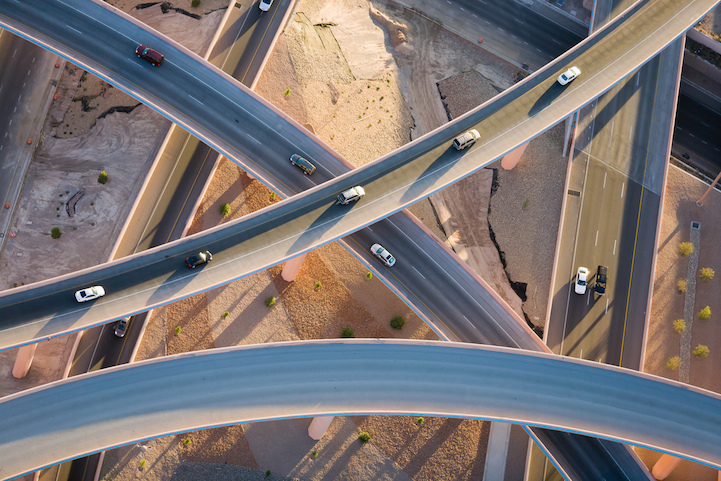 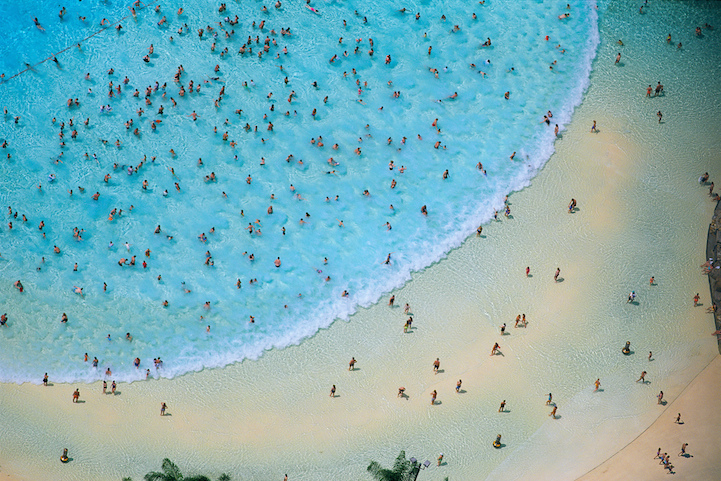 Bathers in an Orlando wave pool 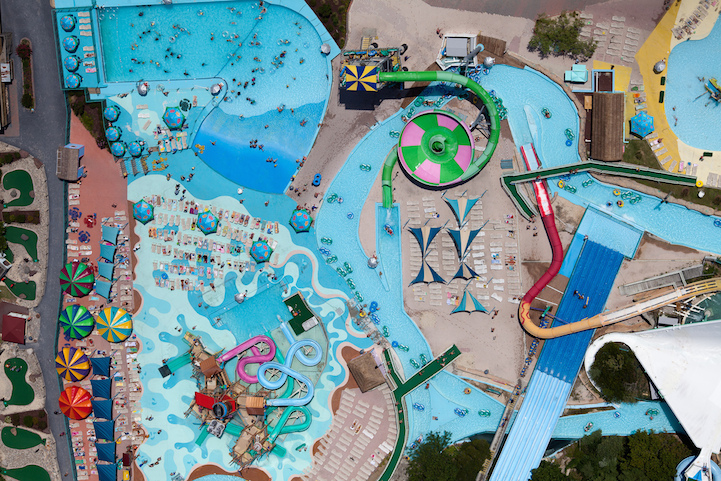 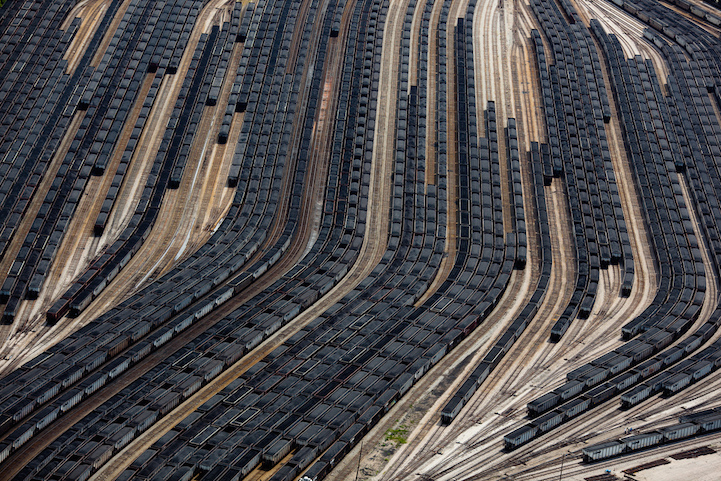 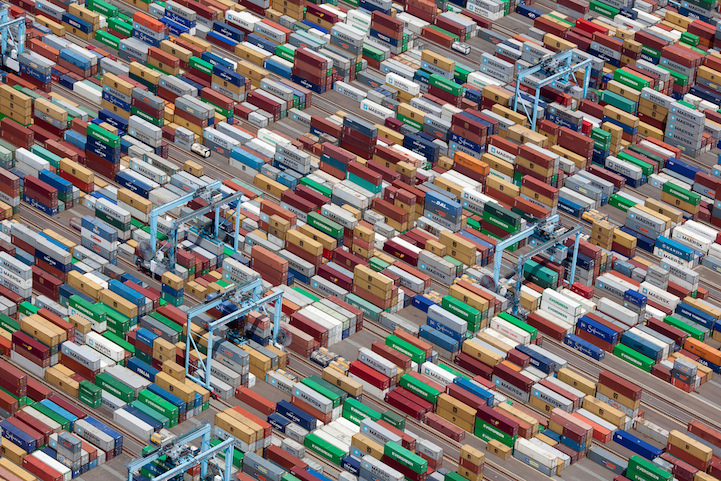 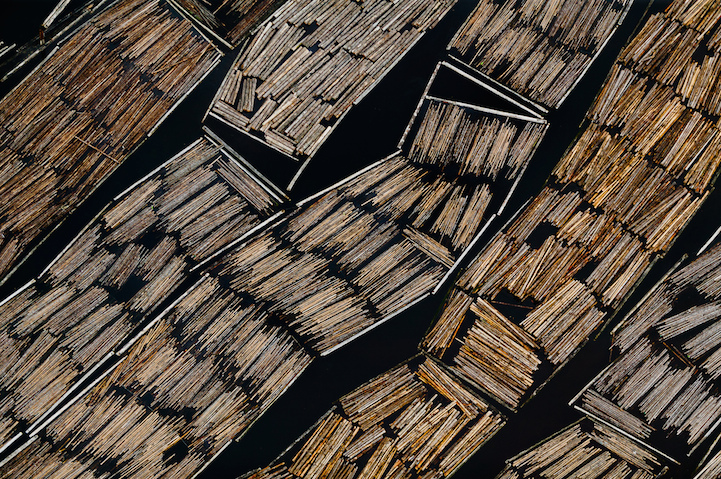