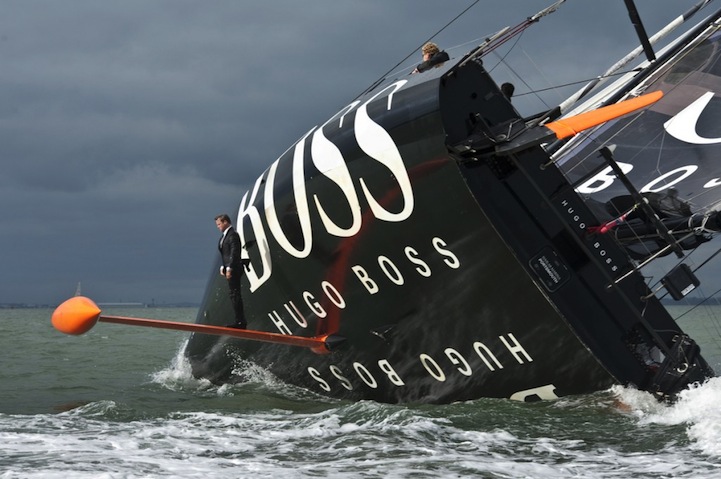 At first glance I was skeptical about this photograph but after further investigation I found this whole story to be completely captivating…and insane! Alex Thomson is a talented sailor from Britain. In this photograph, dressed in his most fashionable Hugo Boss attire, he performed a risky stunt that most people would never dream of doing. If you don't believe it, then check out the video, it's incredible!

Alex Thomson Racing has been sponsored by HUGO BOSS since 2003, making their relationship, “One of the longest and most coveted in sailing and sports sponsorship history.” ‘Why do this!?' is the first question that comes to my mind and Thomson explained: “I've wanted to stand on the keel while sailing for a couple of years, and last week in 17-19 knots of breeze I stood on the keel whilst sailing wearing a HUGO BOSS suit. It was pretty dangerous but a real buzz.”

The conditions for this stunt have to be just right, with winds between 17-19 knots, small waves, and a crew with a combined 45 years of experience. According to the website, the biggest challenge for the skipper is getting the keel out of the water and then keeping the yacht at the necessary 45 degree angle for 45–60 seconds. The high risks are the boat obviously coming down on Thomson and the jet ski driver, the unpredictable waves and wind, and the 4 ton lead keel hitting Thomson, which would be equivalent to being charged by an elephant! 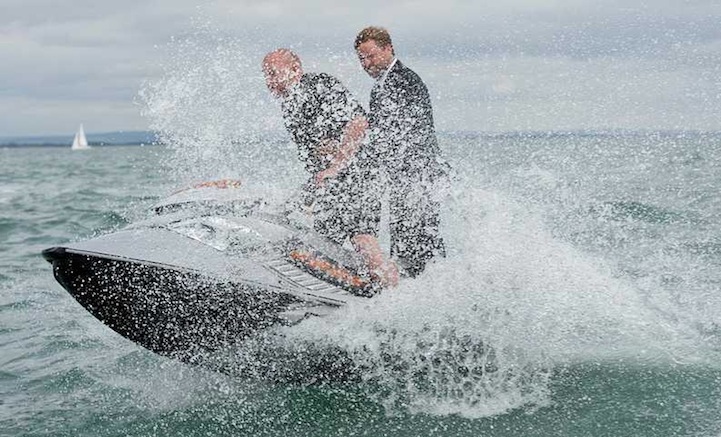 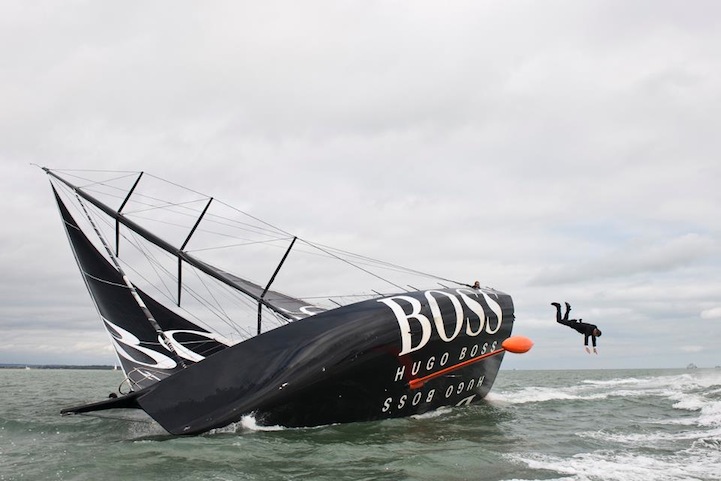