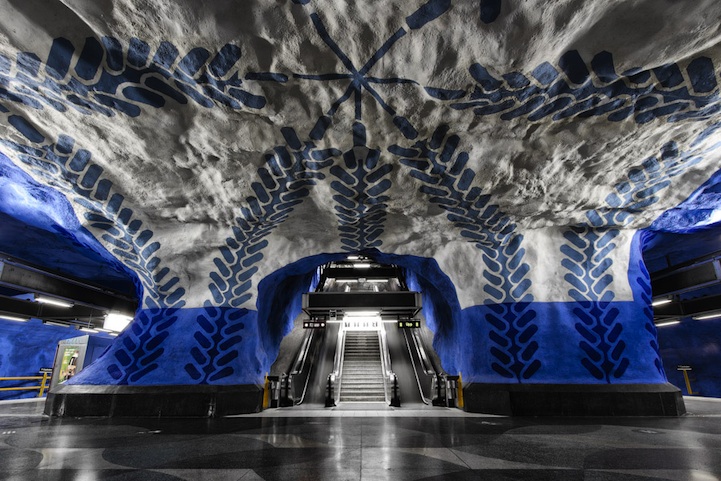 If you love experiencing art in unexpected place, make sure you take a special trip to Stockholm, Sweden to explore its amazing underground world. Started back in the 1950s, Stockholm Metro houses an incredible amount of interesting and unexpected art. So much so, in fact, that it's been called the world's longest art exhibition. Several hundred unique works are currently on display with 90 out of the 100 stations featuring art.

One of the most interesting designs is the cave-like station, called Solna Centrum, by artists Anders Aberg and Karl-Olov Bjork that was inspired by a spruce forest and a dramatic red night sky (see immediately below).

IT architect and Photographer Alexander Dragunov has a passion for subway photography. He captured several of Stockholm's most stunning stations for all of us to enjoy.

Update: We got in touch with Alexander, who was kind enough to answer a few questions for us. Read that interview, below. 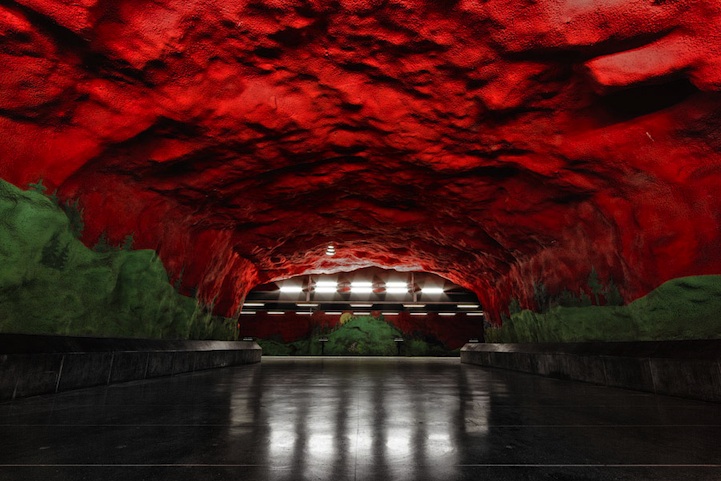 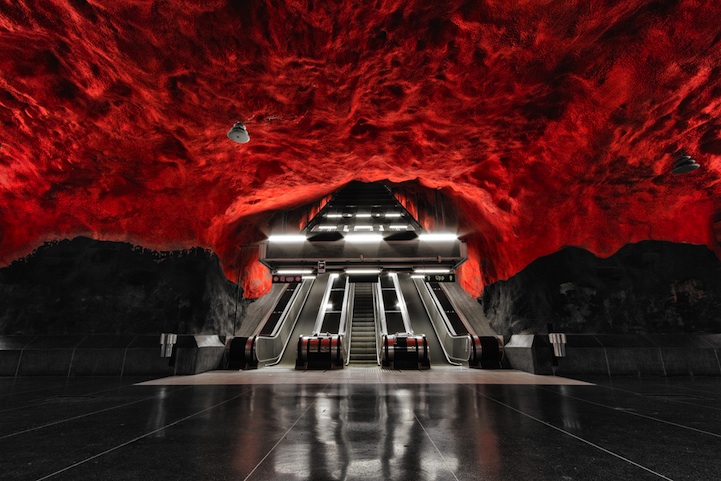 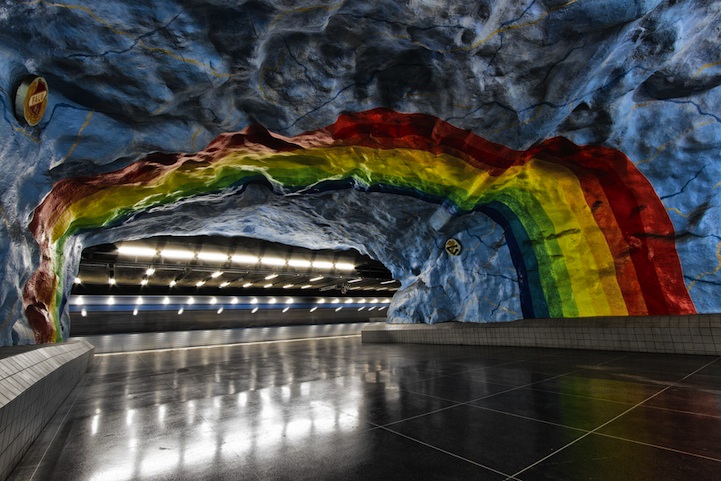 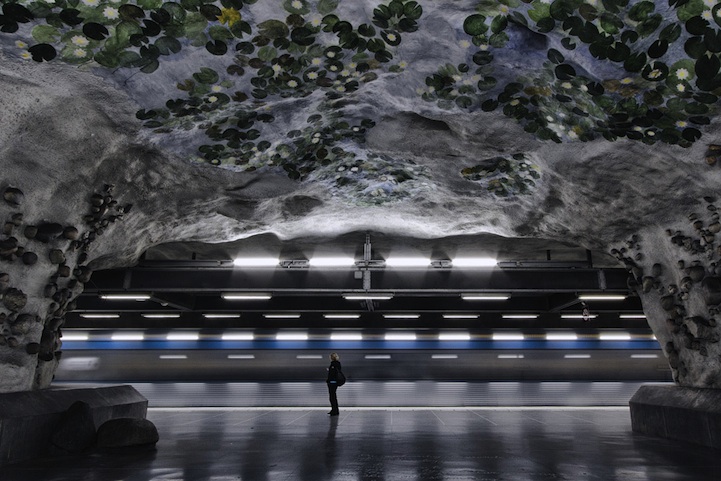 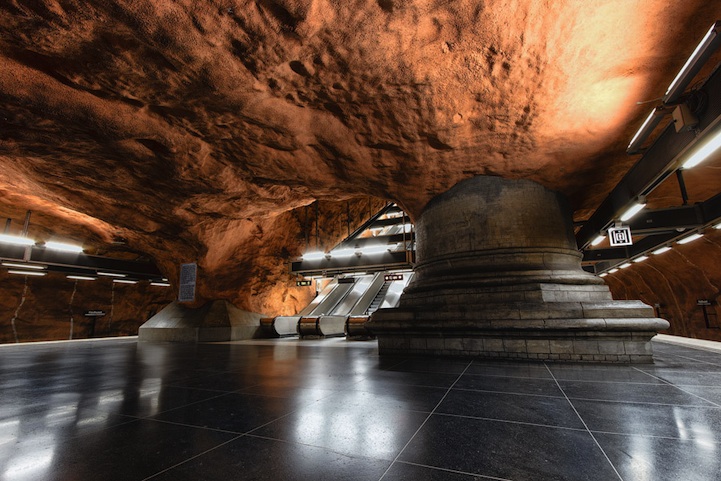 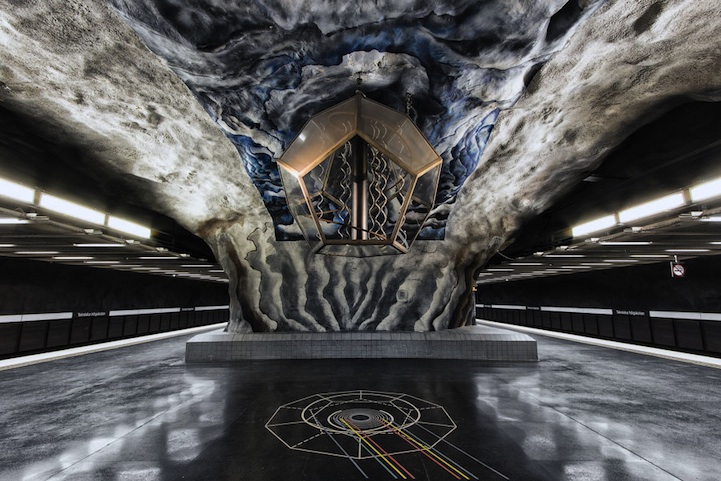 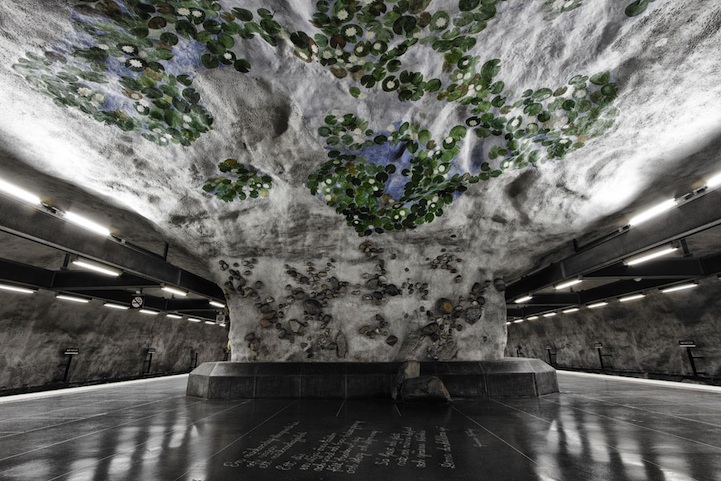 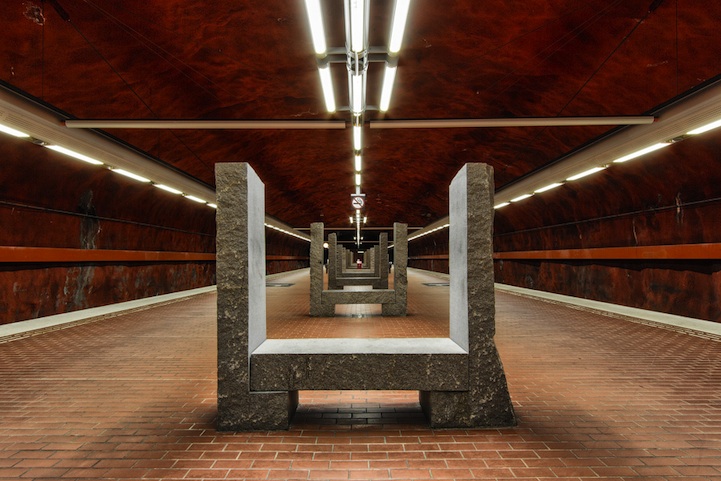 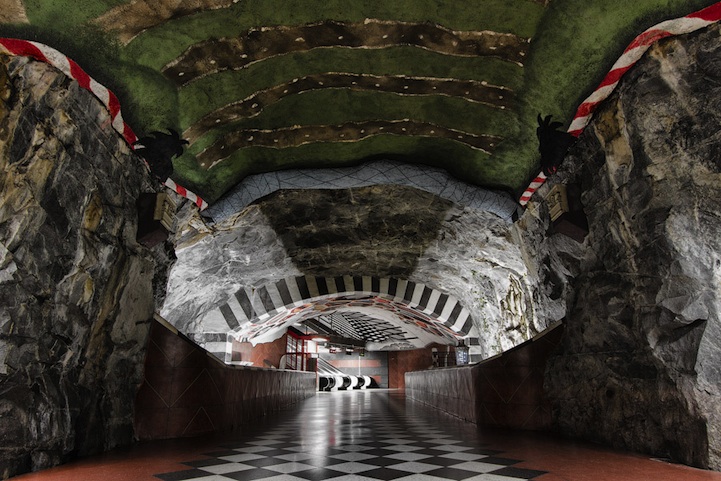 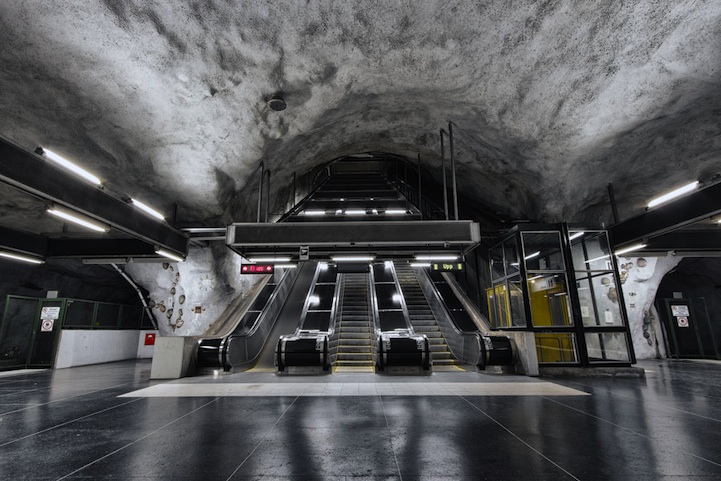 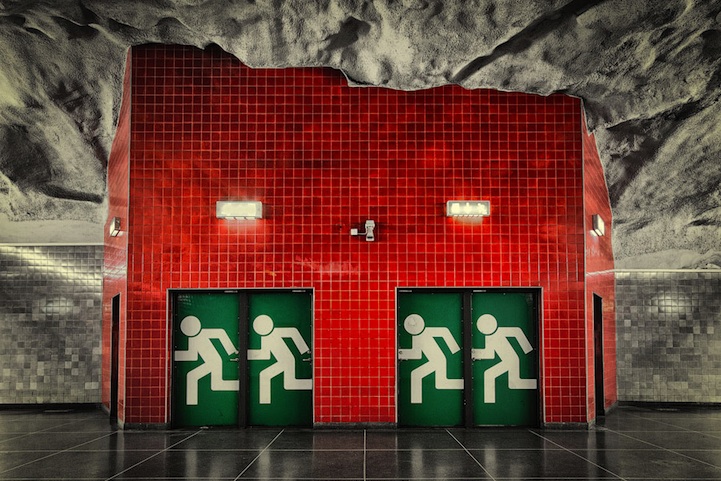 What draws you to the art inside the Stockholm Metro?
I guess everything started about one and a half years ago when I joined the 500px website. Two photographers really captured my attention: Roland Shainidze, who showed the beauty of Toronto subway and Aaron Yeoman with his stunning photos of London subway. They showed that there was beauty in empty underground stations and I realized that the Stockholm subway could be even more stunning when it is presented in the right way. I made many attempts, taking shots with different gear and at different angles before I came to the current set of photos you see today.

Which artwork do you enjoy photographing the most?
The most exiting is the blue line of the Stockholm subway where the stations are designed like caves. It is a very powerful mix of natural and artificial. And I'm lucky that the most stunning station is the one where I live – Solna Centrum.

What's it like walking through it?
When you see it for the first time, there is definitely that “wow” effect for everyone. But when you travel through it everyday, you get used to it. Luckily, I still manage to get that “wow” effect by continuously searching for new angles and new ways to present its beauty and uniqueness. Even after I visited all 100 stations, several times, I still want to revisit some of them to take new photos. So more works are definitely in the works.

What do you hope others get out of your shots?
I hope that others will see that beauty is all around us, we just have to raise our heads and look around. And according to the feedback that I receive from the people living in Stockholm, I've accomplished that. Comments like “A scene I experience every day but never really appreciate as much as when seeing your images” inspires me even more.