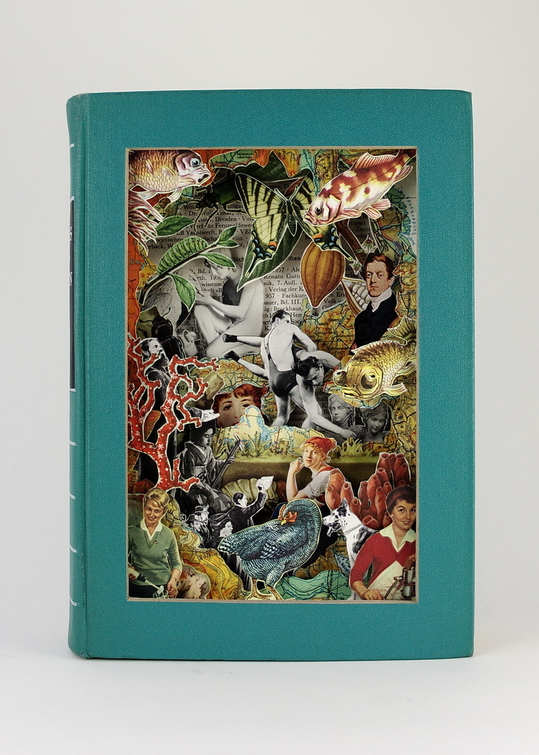 England-based artist Alexander Korzer-Robinson carves into antiquated books to create eclectic book sculptures rich with narrative. We've seen plenty of book sculptures over the past few years, but what separates Korzer-Robinson's work is that he constructs a wild medley of images all found within their respective books, composed in their original position. Working primarily with encyclopedias, the artist is given the a wide variety of subjects in any given book.

Korzer-Robinson slices the bountiful pages of knowledge, carefully choosing the images to keep and which of the various pictures to discard in his layered collages. The artist says, “By using pre-existing media as a starting point, certain boundaries are set by the material, which I aim to transform through my process. Thus, an encyclopedia can become a window into an alternate world, much like lived reality becomes its alternate in remembered experience. These books, having been stripped of their utilitarian value by the passage of time, regain new purpose. They are no longer tools to learn about the world, but rather a means to gain insight about oneself.” 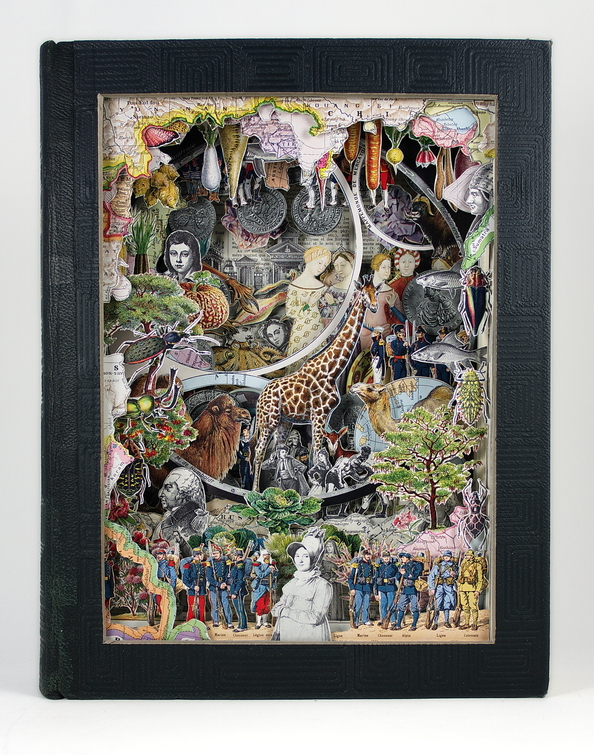 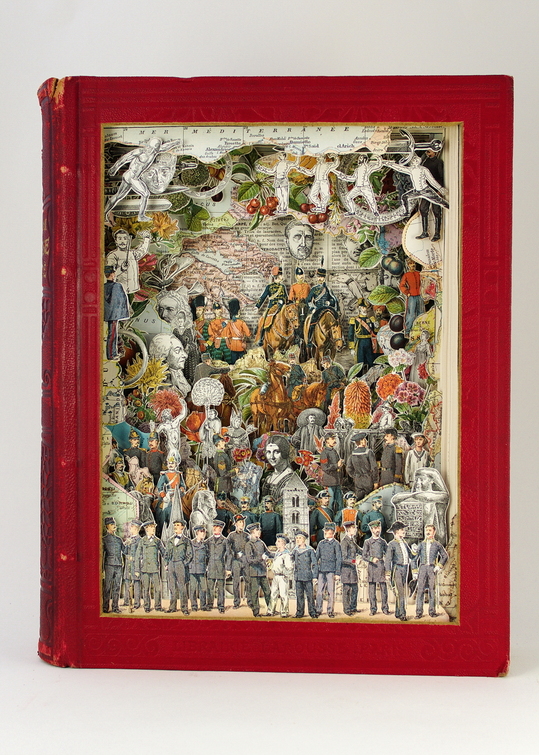 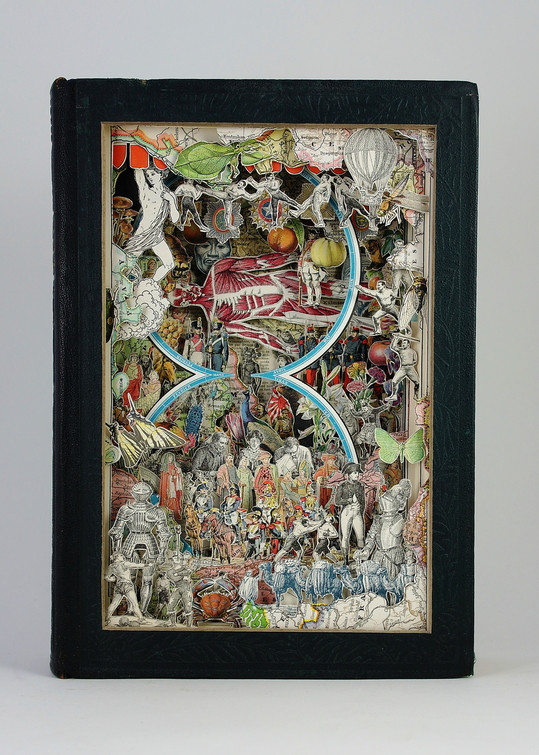 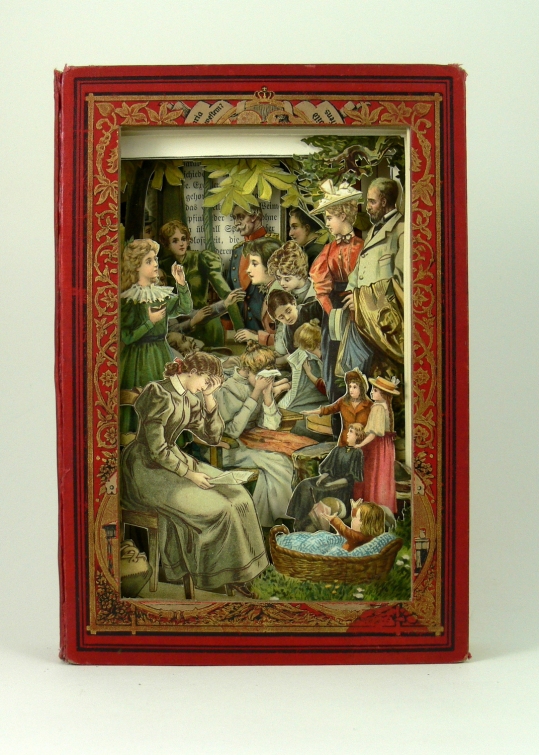 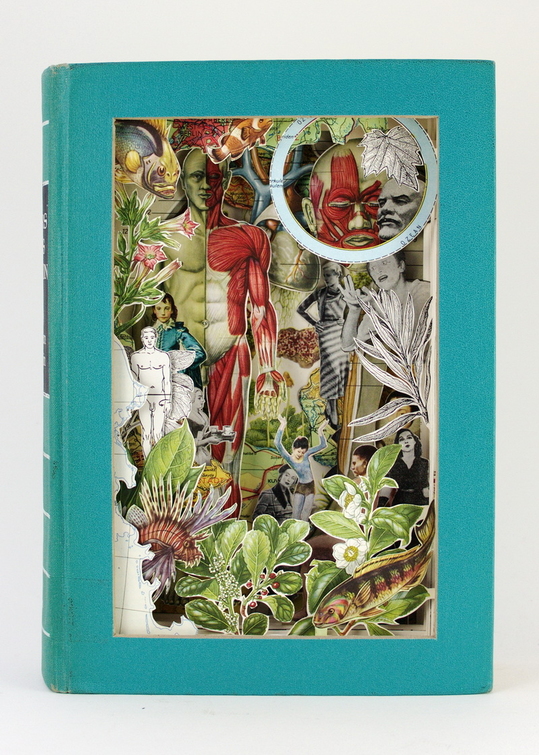 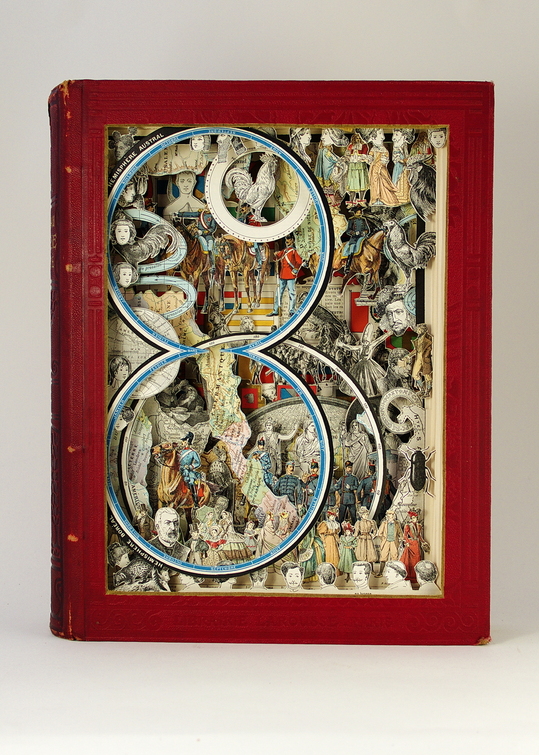 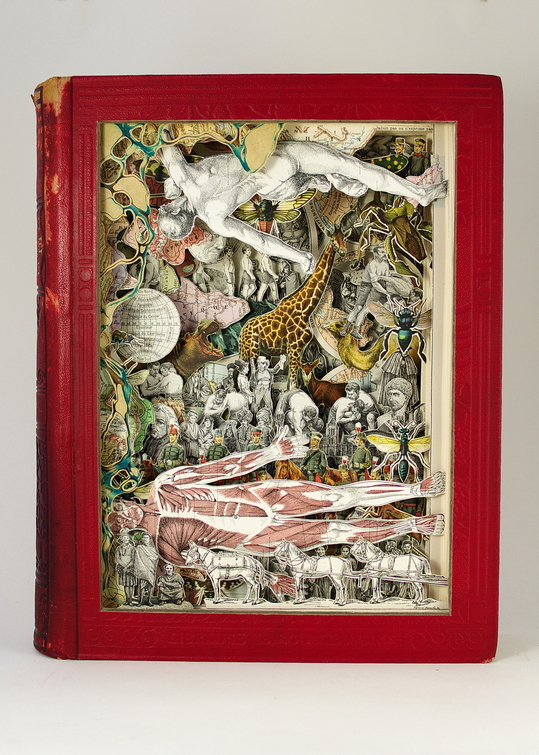 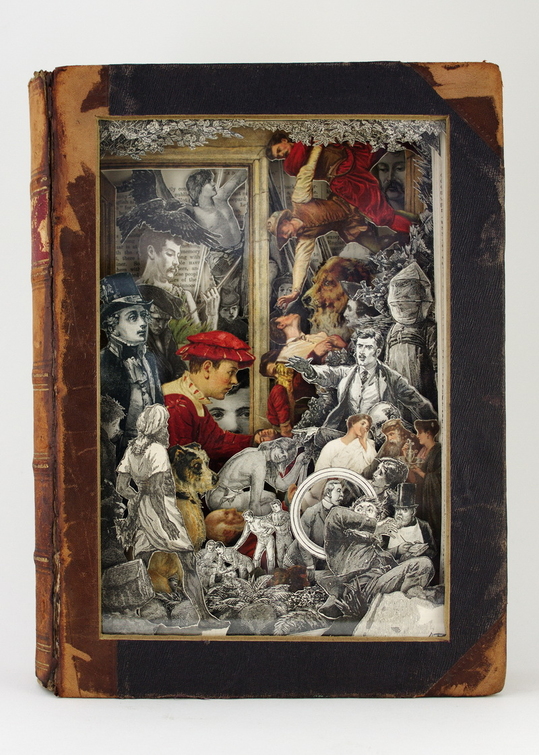 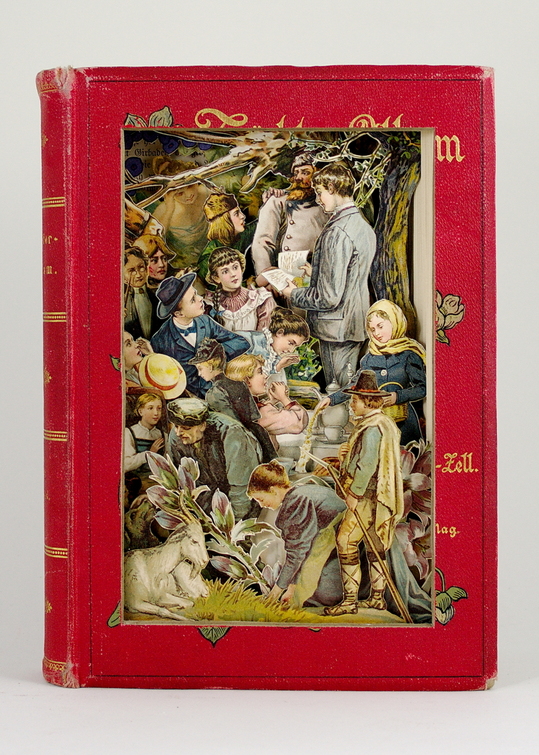 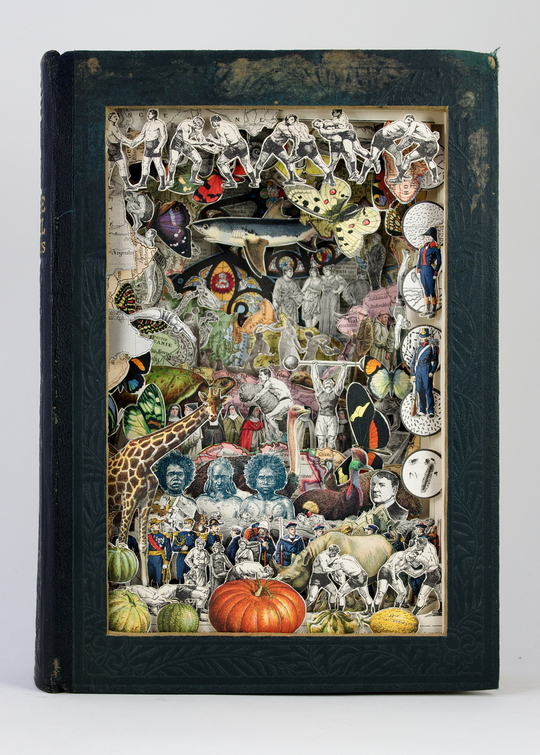 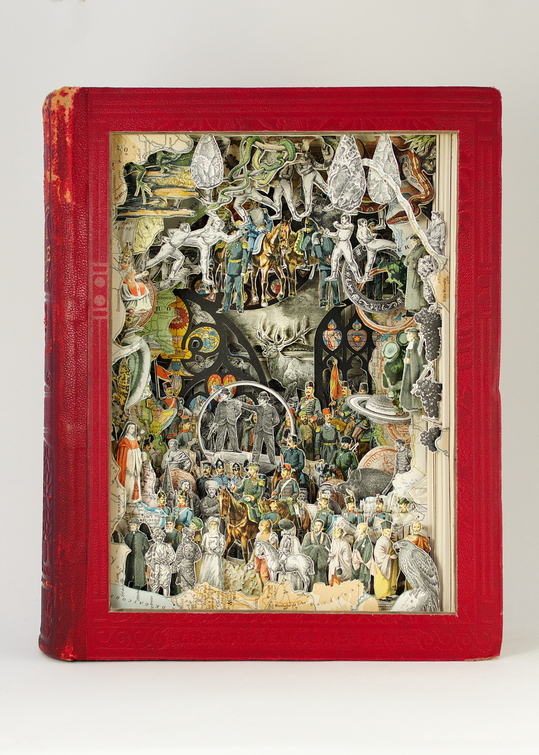