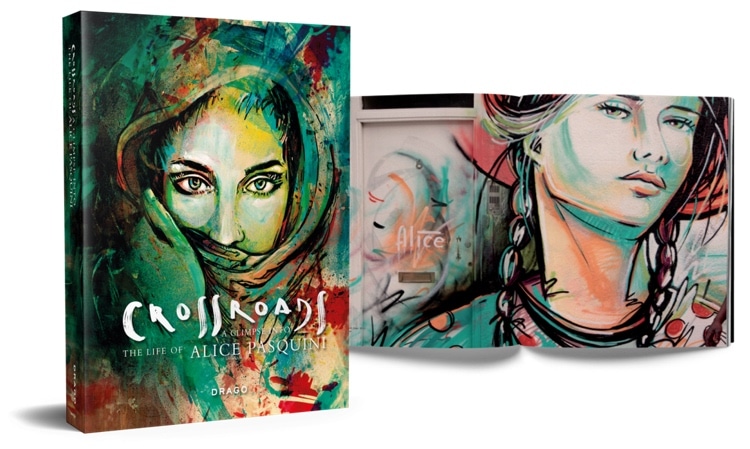 Street art is a dynamic movement that has risen from an underground scene to an art form that has broken barriers and shaken up the mainstream art world.  Over the past ten years, Italian street artist Alice Pasquini has helped push the art movement forward as one of the few women to enjoy international success. With her traditional training as an illustrator, Pasquini has cultivated a trademark style that can be viewed on over 2,000 walls around the world.

Now, her story is being told with her first anthology, Crossroads: A Glimpse Into the Life of Alice Pasquini. Published by DRAGO, the book unfolds across over 300 pages that trace her career from a young artist looking to express herself on the streets to an acclaimed veteran tackling large-scale murals and organizing community projects. As an avid street photographer, and now her studio manager, it's been my pleasure to see Alice's career evolve and to help document her work on trips to cities such as Singapore, Vietnam, New York City, and Berlin.

My photographs and words sit alongside text by Brooklyn Street Art and images by renowned photographers Martha Cooper and Ian Cox, among others. The imagery is intercut with Alice's sketches, which form the basis of her street work, as well as commentary by the artist herself, which gives insight into her evolution. Starting with her hometown of Rome and moving around the globe, Crossroads takes readers on a journey of growth and artistic passion.

“My idea was to tell the behind-the-scenes story of working in the street,” she shares with My Modern Met. “I didn't want it to just be a photography book. I thought about it more like a travelogue that tells the experiences of a traveler who paints while immersed in different cultures and places, visiting cities differently than a regular tourist.”

To celebrate the release of Crossroads, DRAGO and My Modern Met are teaming up for a giveaway. 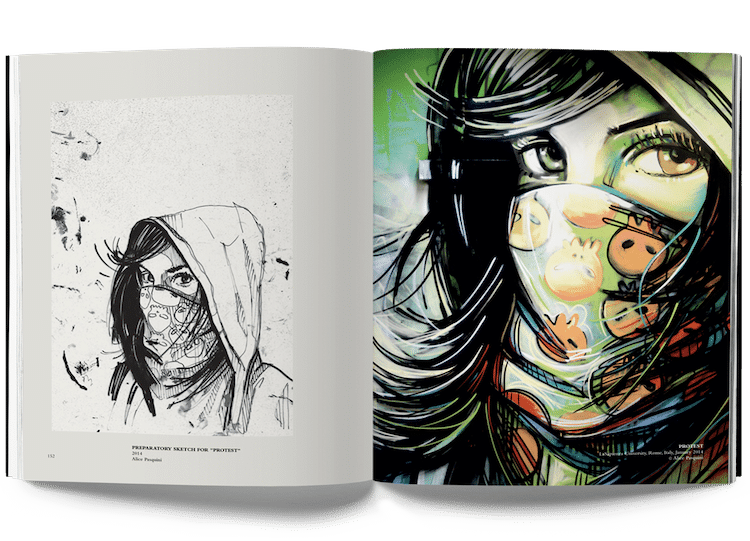 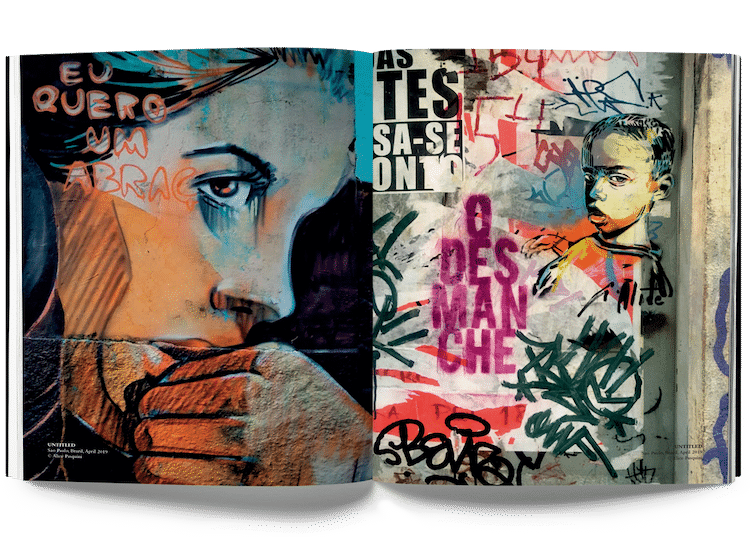 Enter for a chance to win a signed copy of Crossroads: A Glimpse Into the Life of Alice Pasquini and a special edition limited print. Two lucky winners will be chosen! 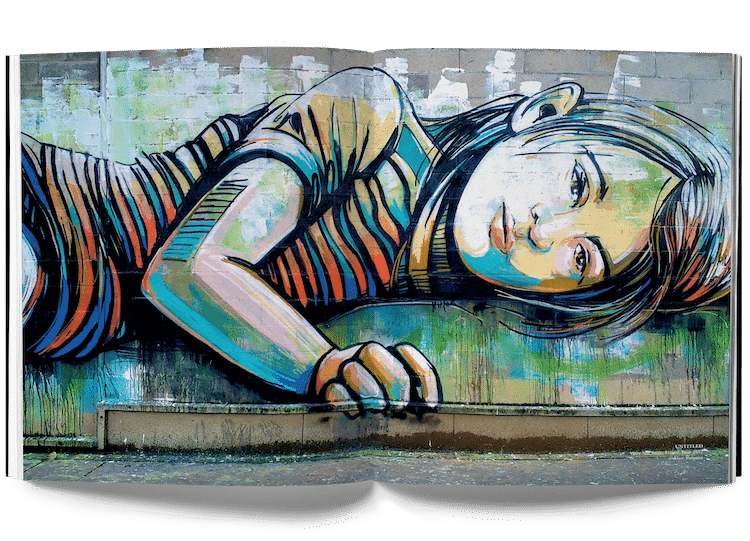 Fill out the form below for your chance to win. You have until December 23, 2019 at 11:59 PM PDT to enter.  This contest is open to U.S. entrants only and limited to one entry per person.