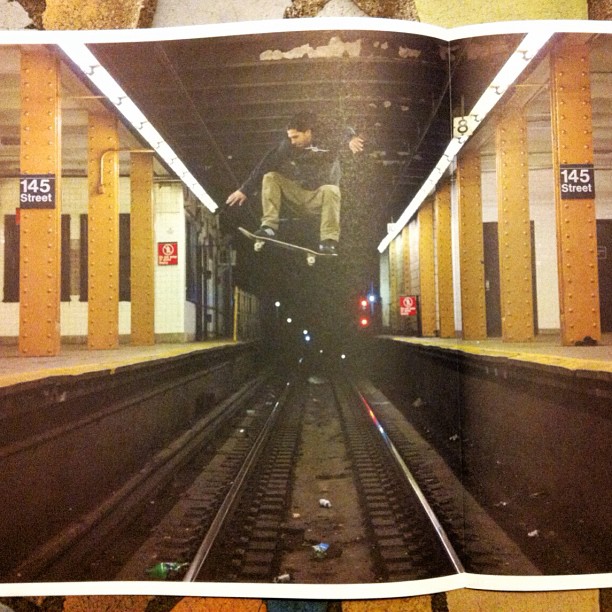 Have you heard about the crazy skateboarding shot that just went viral? Photographer Allen Ying is behind this heart-racing photo of a daredevil skateboarder doing an ollile over the train tracks of New York City's 145th Street subway station. Some have called it fake while others have called it stupid, especially in light of the recent subway deaths.

The photo is actually real and was taken in January for a skateboarding magazine called 43, which Ying launched in October 2011. “I knew I was facing where the train was going to come from,” he told Daily Intelligencer. “There weren't a lot of tries.”

The 43 article, in Issue 003, focuses on skateboarders who go on covert missions throughout NYC's public transportation system. At 4am, Ying captured this incredible shot of skateboarder “Koki,” who launched off the platform without any use of ramps. This particular photo, that just went viral, is a cropped cellphone photo.

Issue 003 will officially be released to the public at a photography show on March 26 at The Burgundy Room in Los Angeles Can't wait to see the other shots.