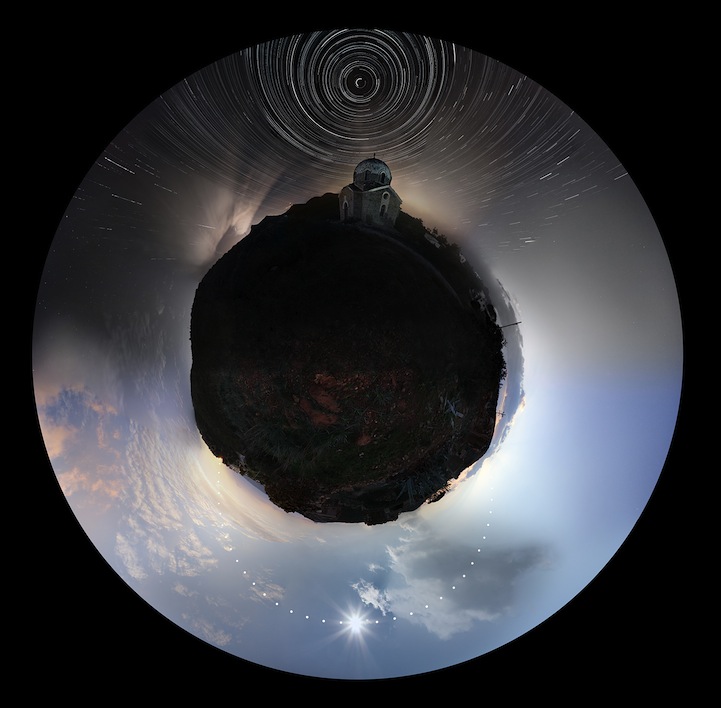 Chris Kotsiopoulos is a Greek astronomer who takes amazing 360 degree panoramas of the sky. The perspective he gives us is incredible! For some of these photos, Kotsiopoulos shoots for an entire 24 hour period just to capture one scene. With so many historic sites, Greece is the perfect backdrop for this kind of photography.

“I hope and trust you will enjoy the photos,” says Kotsiopoulos. “And, perhaps, they will motivate you to take a moment to reflect upon the richness of the overhead sky which has intrigued and fascinated man ever since he became aware of his humble existence.”

Update: We caught up with Chris, asking him how he creates these amazing 360 degree panoramas. You can catch that exclusive interview, here. 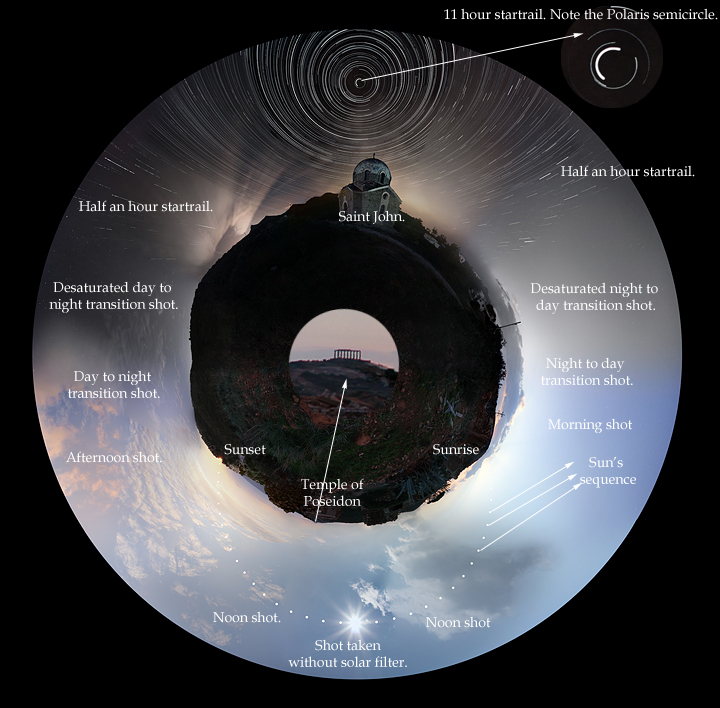 “This is a 24 hour picture. I was wondering if it is possible to visualize on a photo a full day, from the morning to the next morning. I finally decided to give it a try! The shooting began the morning of December 30, 2010. I started taking photos with the camera on a tripod facing east. The ‘day part' is composed of a dozen of shots covering the landscape from east to west and the Sun's course from sunrise to sunset. The Sun's position was recorded exactly every 15 minutes using an intervalometer, with an astrosolar filter adjusted to the camera lens.” 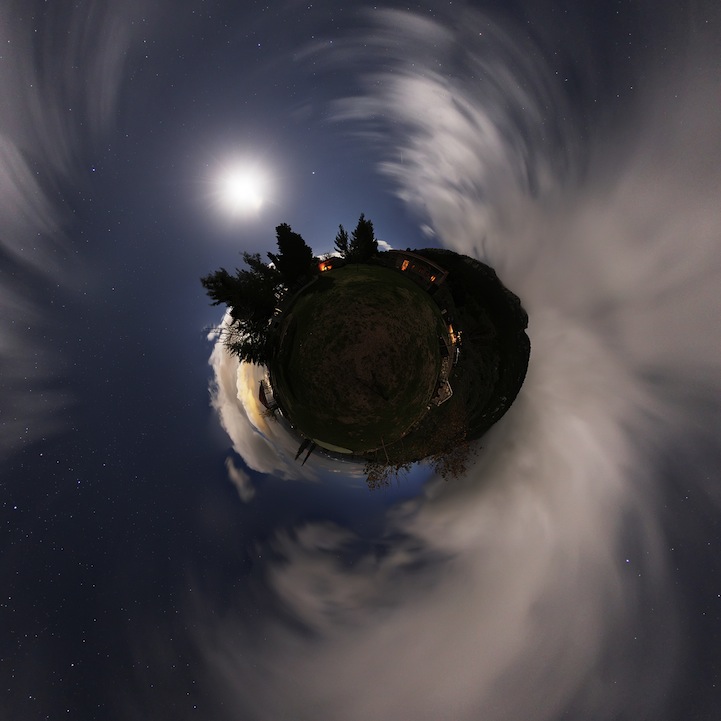 “This is a ‘little planet' 360 degree panorama. Moon, Jupiter, stars and clouds and at the foreground, St George, a small church, compose this surrealistic scene. The photo was taken near Livadia, Viotia.” 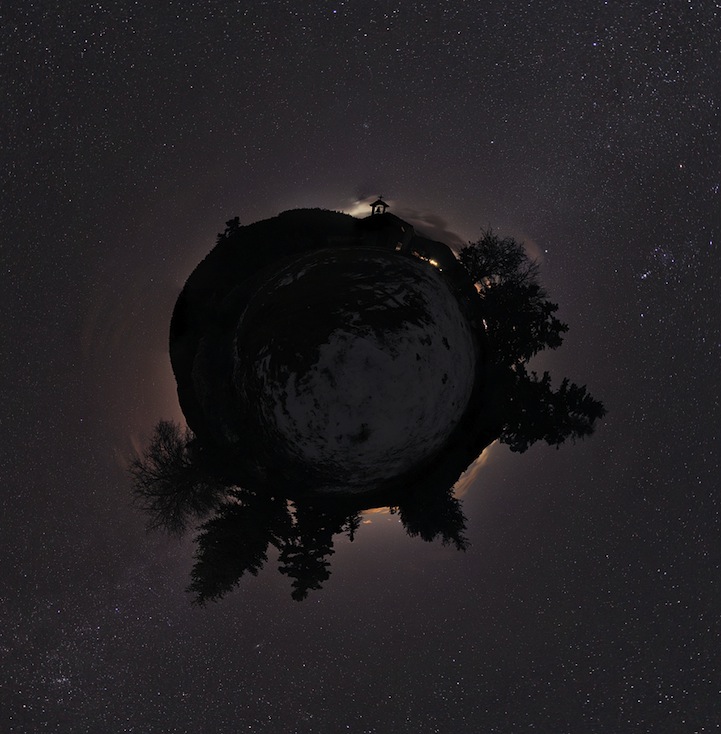 “A ‘little planet' panorama taken at Parnassos mountain. The temperature during the shooting was -17 C.” 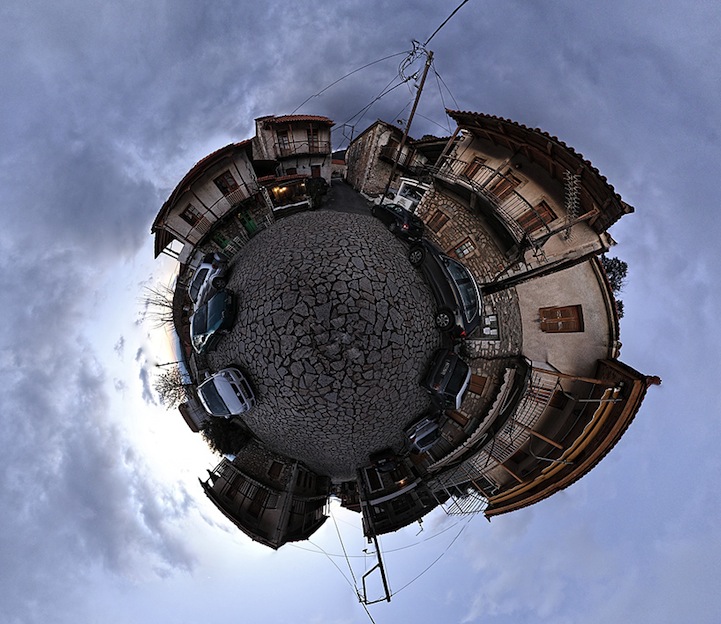 “A nice little village near Dimitsana at Peloponnisos.” 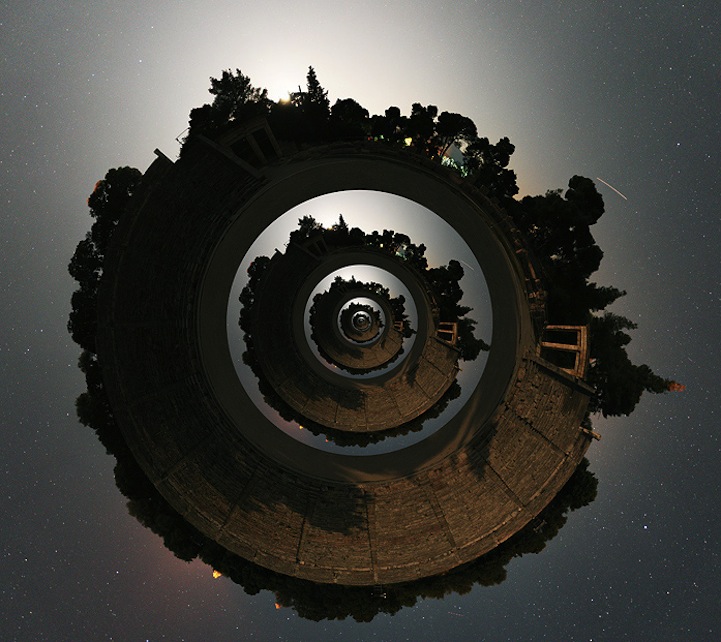 “Epidaurus little planet! A 360 degree panorama taken from the center of the most famous Greek ancient theatre.” 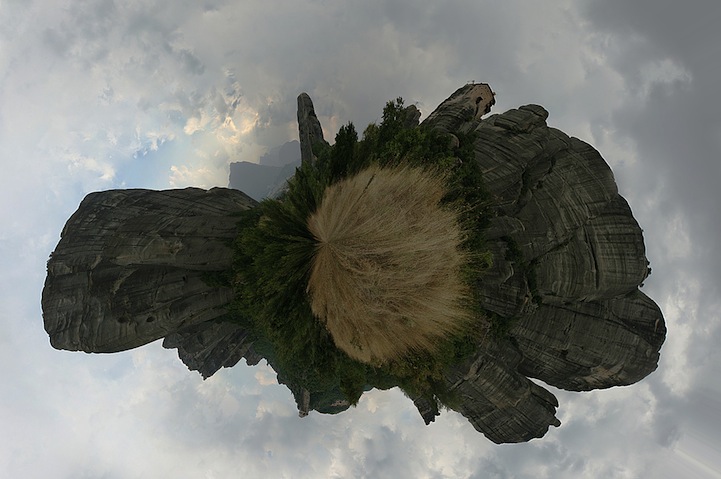 “This is a 360 degree panorama taken at Meteora. Meteora means ‘suspended in the air' and it is one of the most impressive Greek landmarks. It is a complex of strangely shaped sandstone mountains located near Kalabaka in central Greece. Apart from their geological significance, Meteora is one of the most important Greek Orthodox Church centers as many monasteries dating from centuries ago are located on top of these gigantic rock pillars.” 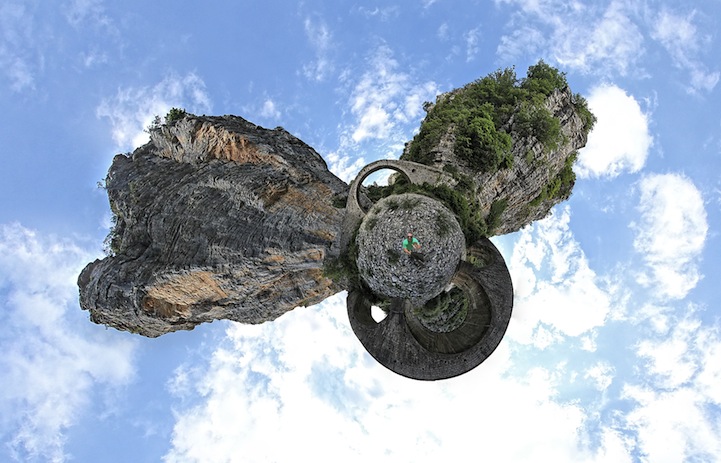 “360 degree panorama at Kokoros bridge near Loannina, Greece. This is a remarkable landscape composed of a beautiful old stone bridge, two vertical mountains and a modern bridge.” 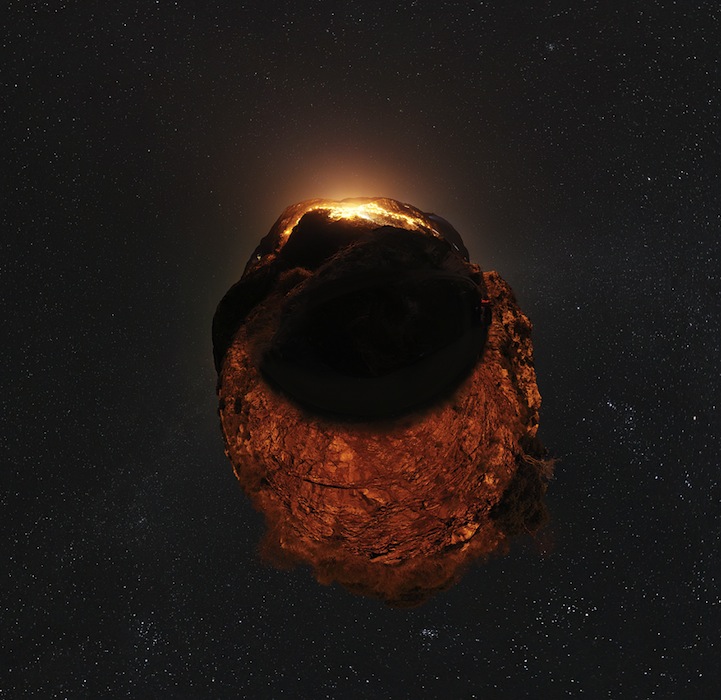 “Dimitsana, Peloponnisos. This is a 360 degree ‘little planet' panorama.”