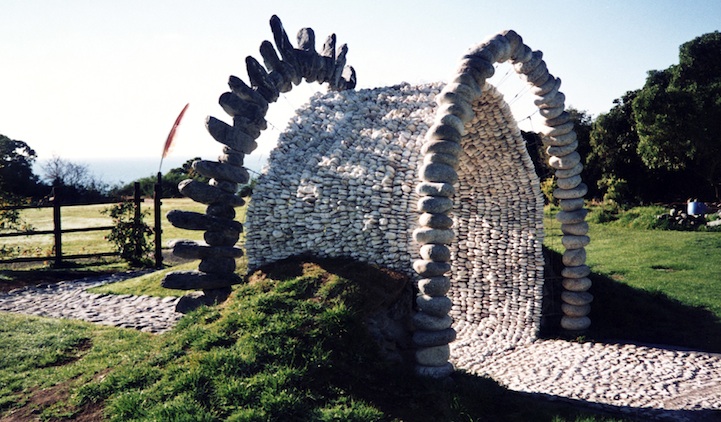 While most of us would pick up a smooth stone and quietly appreciate it for its simple beauty, artist Chris Booth sees it for its incredible potential. This famous New Zealand sculptor weaves together stones until he creates impressive, large-scale sculptures that look like tunnels and blankets.

To Booth, this isn't just about neatly stacking stones. It's about giving reverence to the land's local indigenous culture or acknowledging the “spirit of place.” For instance, the Cave (pictured above), which is comprised of 5,000 white limestone pebbles, was created as an entranceway to the Takahanga Marae, a sacred gathering place for the Maori, the native population of New Zealand. It's safe to say, however, that he could never have imagined what a significant place it would ultimately become. As he says, “Many important events have taken place at this marae, including the final signing of land settlements between representatives of Ngai Tahu and the government after 200 years of grievances and injustices since colonization.”

Below are some other examples of Booth's stone works. 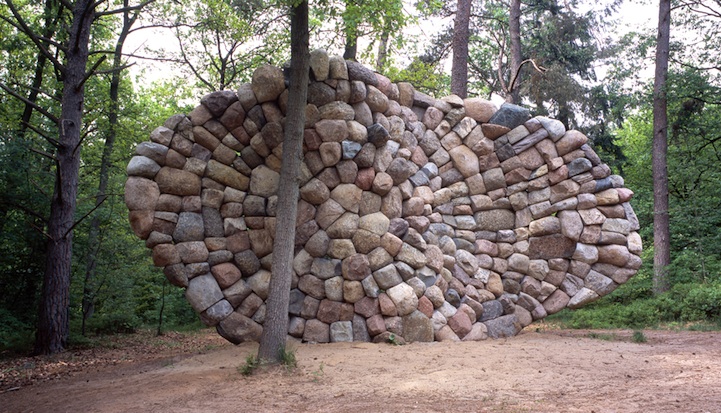 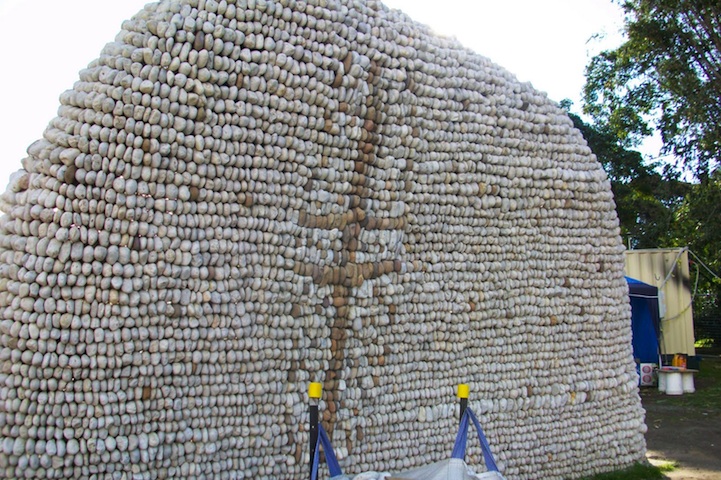 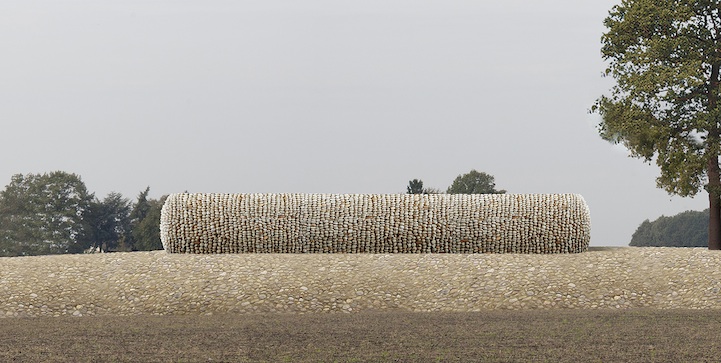 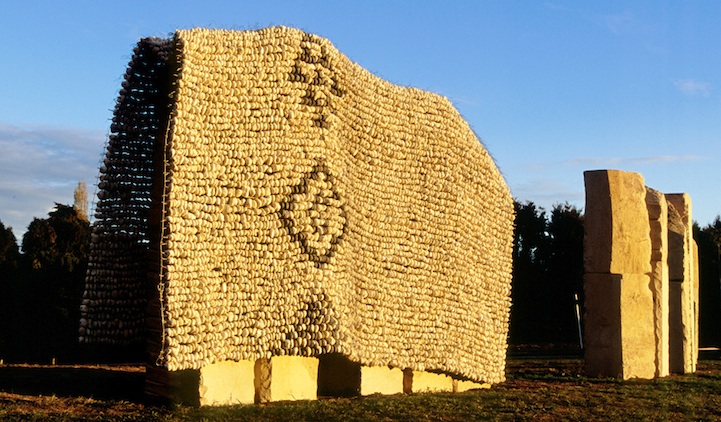 According to the Vancouver Sun, Booth, along with four other acclaimed international “earth artists” will be showing brand new sculptural works in an exciting exhibition starting August 2. Simply called Earth Art, it will take place at VanDusen Botanical Garden in Vancouver. Appropriately, the 55-acre garden is where they will find all of their raw materials and is also where the works will naturally decay over time.

“By its very nature, Earth Art is meant to be ephemeral, drawing the viewer's attention to the beauty of the sculptural art, and the landscape in which it sits, through all its stages of existence,” explains Nancy Wong, VanDusen's information and marketing director.