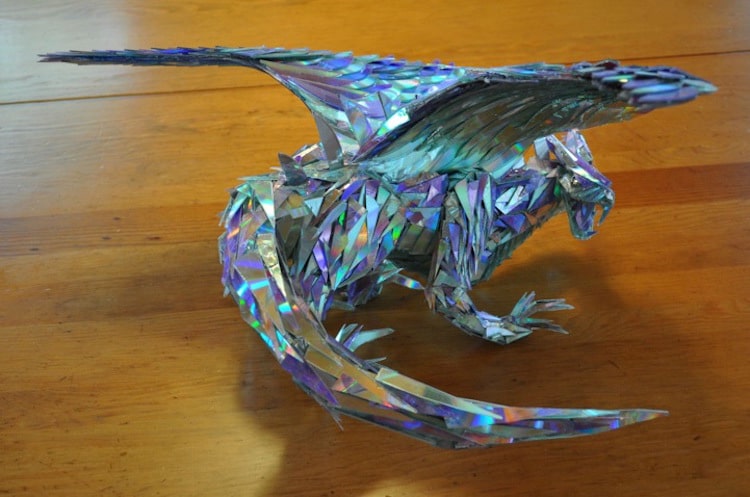 If you like the work of animal sculptor Sean Avery, you'll get a kick out of this similarly constructed sculpture of a dragon by Redditor Amon-a-boat. According to the artist, who has described herself as a “17 year old girl with a 4.0 GPA that decided to make an art project out of some old blank CDs,” the enchanting figure is comprised of 136 CDs and took 80 hours to complete.

The impressive piece is assembled in its entirety atop a handcrafted wire mesh frame with the skilled maneuvering of a thin bandsaw blade to administer careful, clean cuts to the easily cracked CDs and the handy use of a hot glue gun to meticulously paste each broken CD shard into place. The razor-sharp edges coupled with its reflective surface make for one eye-catching mythical creature that is inspired by the video game Skyrim, which features a dragon called Alduin the World Eater. Wittily, Amon-a-boat calls her creation Alduin the Data Eater.

Since sharing a few pictures of the sculpture on Reddit, the artist has received several requests to purchase the folkloric figurine. She is currently debating the prospect of putting it up for sale on eBay, but don't expect it to be cheap because numbers in the three- and four-digit range are already being proposed.

Check out some other shots of the remarkable sculpture, below, including one with a golf ball and quarter to see its comparative size and scale. 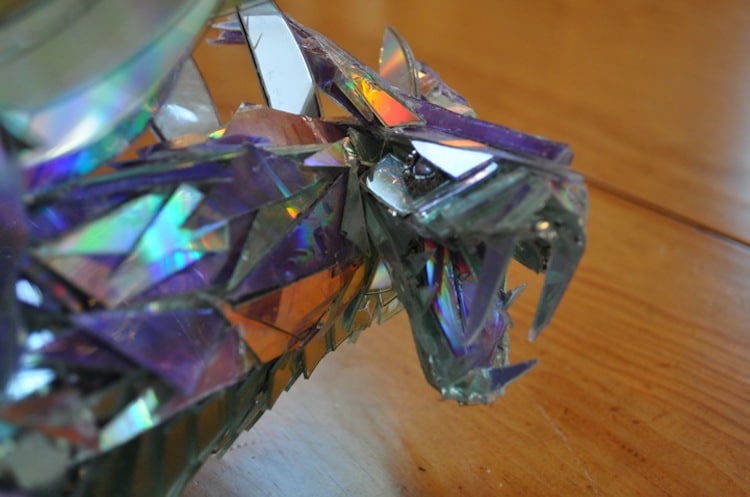 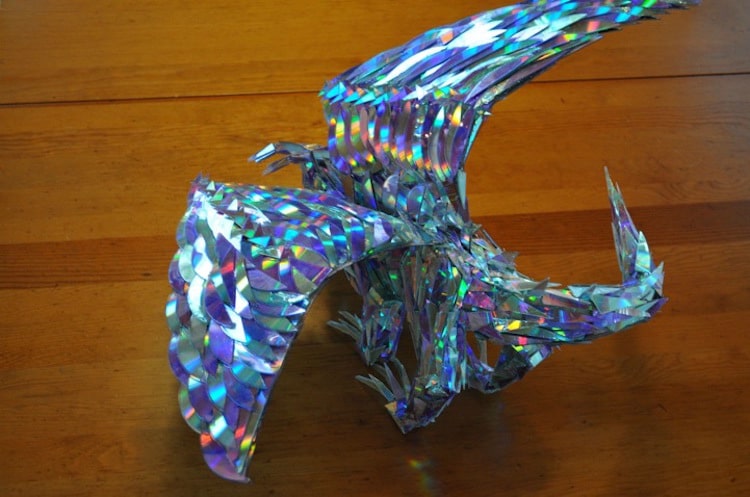 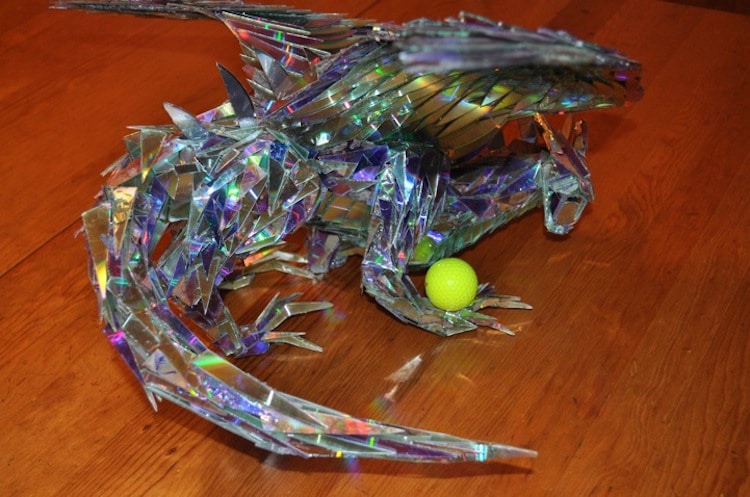