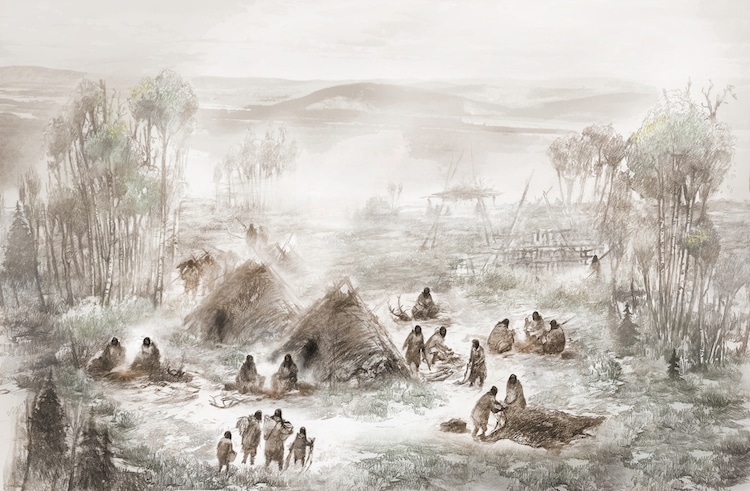 A scientific illustration of the Upward Sun River camp in what is now Interior Alaska. (Illustration: Eric S. Carlson in collaboration with Ben A. Potter)

Thanks to the ancient DNA of a six-week-old infant, scientists have a whole new understanding of how—and who—populated North America. In an article published in Nature, researchers revealed surprising new information, which has spawned different theories about how the New World was populated. In fact, they've named a whole new population of previously unknown people—the Ancient Beringians.

“We didn’t know this population existed,” shared Ben Potter, one of the lead authors of the study and a professor of anthropology at the University of Alaska Fairbanks. “These data also provide the first direct evidence of the initial founding Native American population, which sheds new light on how these early populations were migrating and settling throughout North America.”

In 2013, Potter and his students discovered the remains of two human infants, thought to be related, at the Upward Sun River (USR) in interior Alaska. Potter's team had been working at the site for over a decade and expected the DNA to match that of the other northern Native American populations, but they were in for a surprise. The older infant, named Xach'itee'aanenh T'eede Gaay (Sunrise Girl-Child) by the local indigenous community, provided an unprecedented view into the genetics of these ancient settlers and oldest complete genetic profile of a New World human.

Scientists were able to examine her ancient DNA and draw connections between ancient peoples and how they are related to one another. As she lived about 11,500 years ago, her DNA is a highly valuable tool for understanding the ancient tribes modern North Americans come from. 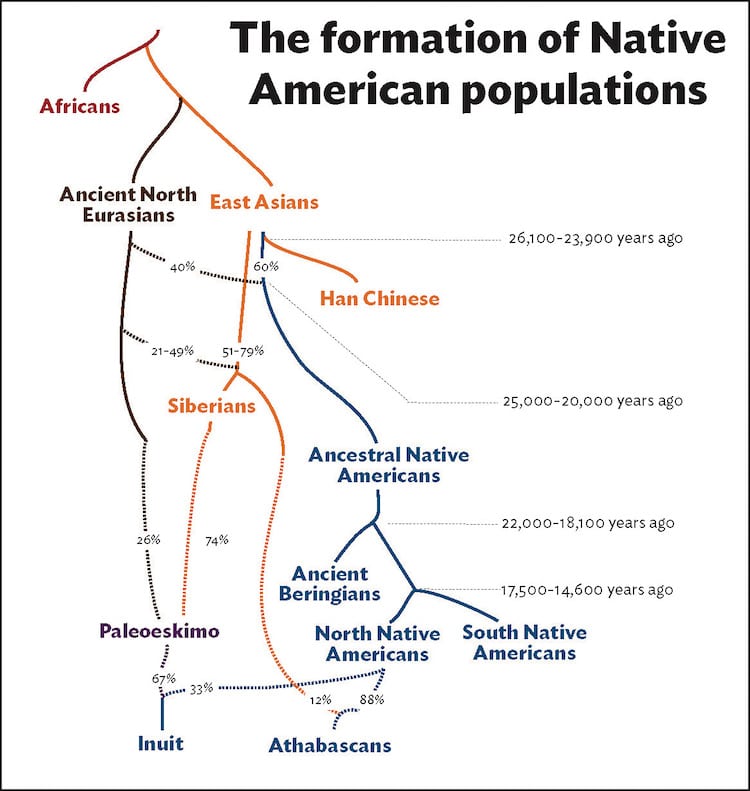 While it's commonly known that people from Siberia crossed over a land bridge known as Beringia at the end of the last Ice Age and were the first to settle in North America, scientists were never sure if it was one migration of a single population or multiple peoples who came in waves. This is what makes Sunrise Girl-Child's DNA so incredible. The genetic analysis demonstrates that a single ancestral Native American group split from East Asians around 35,000 years ago. This group then split again in two about 20,000 years ago—one population being the Ancient Beringians and the other being the ancestors of all Native Americans.

And while they can't pinpoint whether or not the split occurred just prior to or just after entering into North America, it's clear that the ancestral Native Americans continued south, leaving the Ancient Beringians behind.

“It would be difficult to overstate the importance of this newly revealed people to our understanding of how ancient populations came to inhabit the Americas,” Potter said. “This new information will allow us a more accurate picture of Native American prehistory. It is markedly more complex than we thought.” 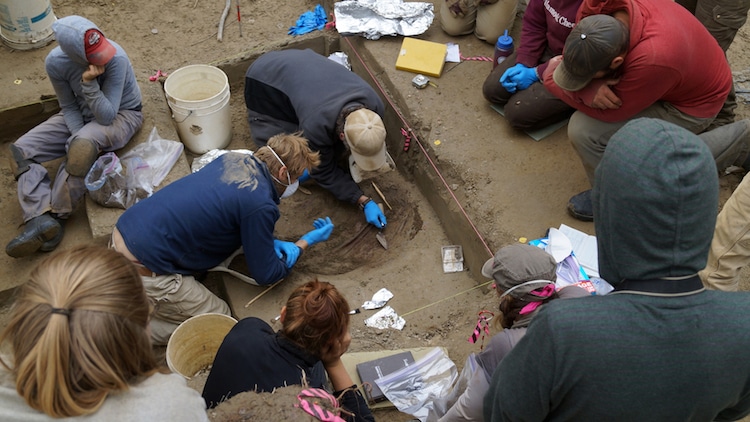