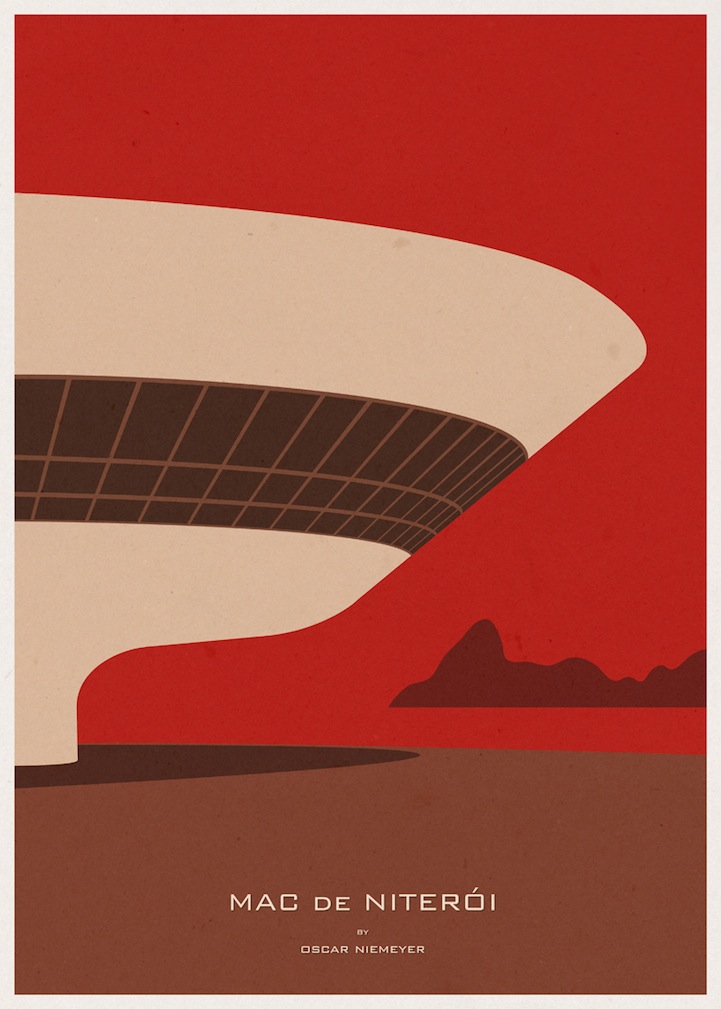 Based in Portugal, architect and illustrator Andr Chiote combined his two skills to develop this collection of intriguing minimalist posters. The series is an architectural study of famous museums around the world, including the Whitney in New York, the Alsia Museum in France, and the Museum of Islamic Art in Qatar.

In Chiote's expressive compositions, he focused on key features of the buildings in order to instantly reveal the essence of each structure. Light and form are the basic visual elements used to convey the cultural aesthetics of each building. The landmarks are recognizable by the suggestive shapes and the distinct architectural features built from simple lines, geometry, and solid color. By combining his knowledge of architecture and illustration, Chiote provides his viewers with a rich simplicity of these many complicated and well-known structures. If you are interested, you can also check out the wide variety of prints on his website. 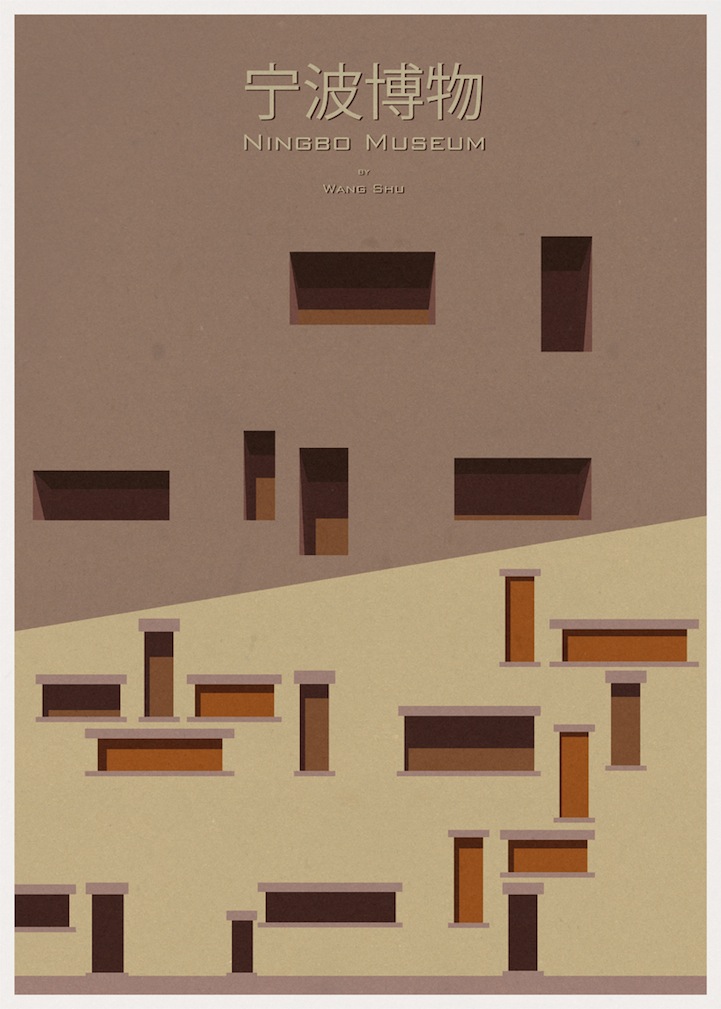 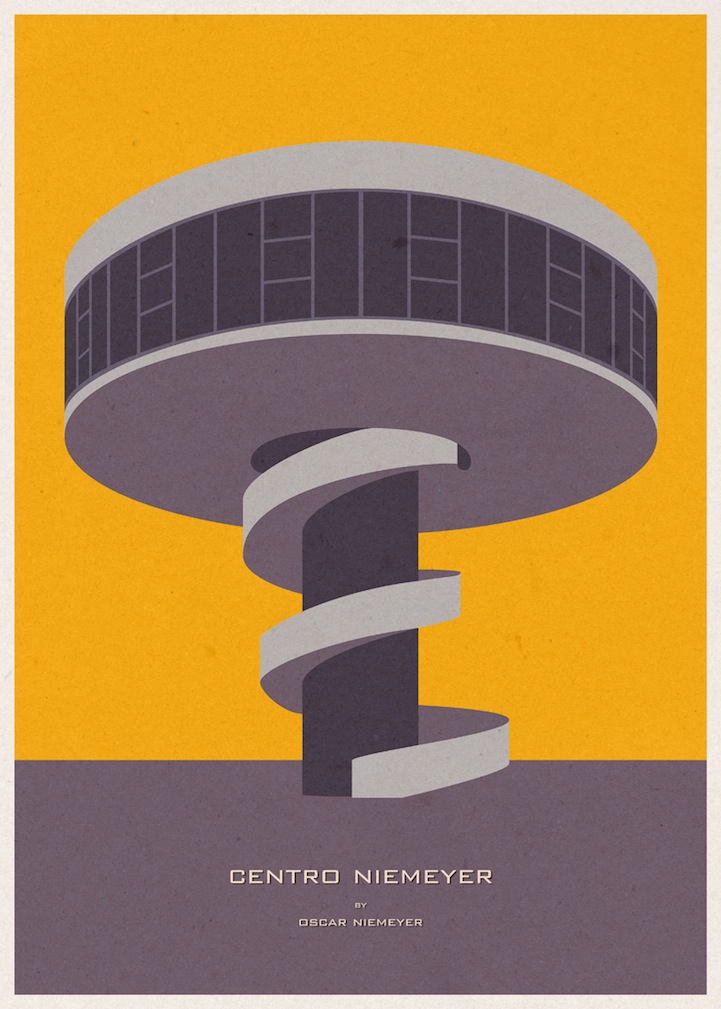 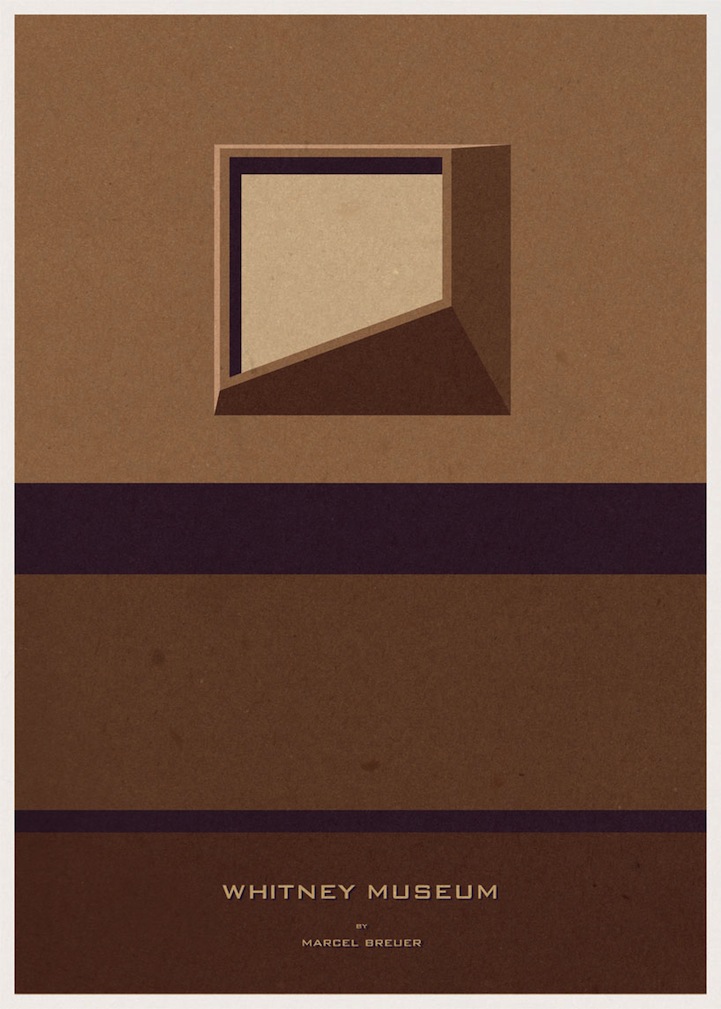 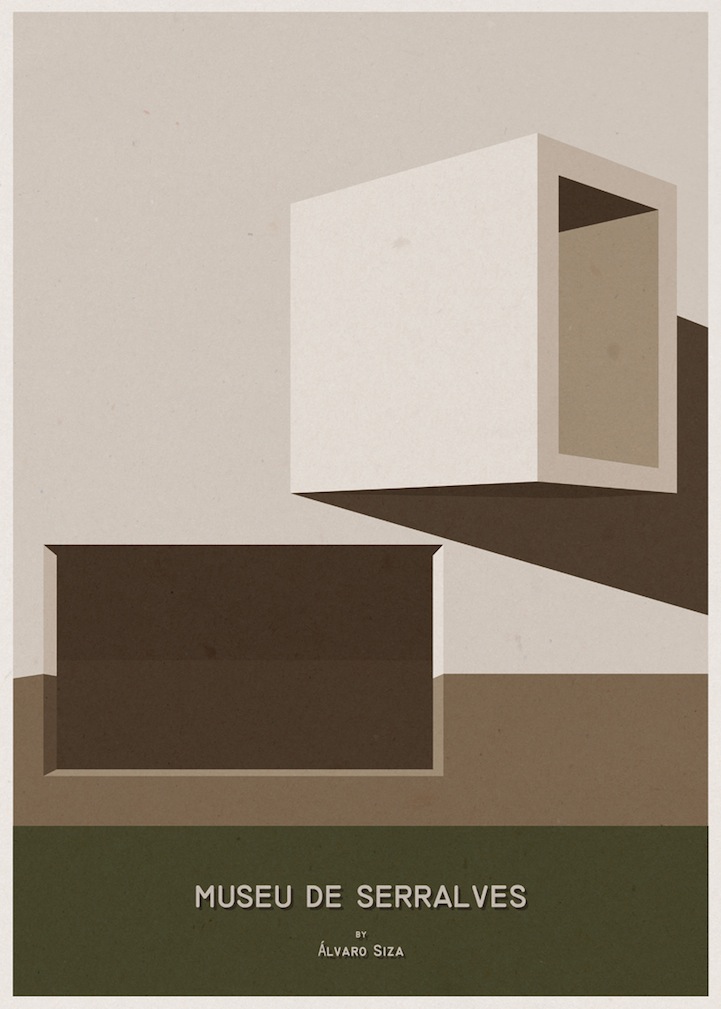 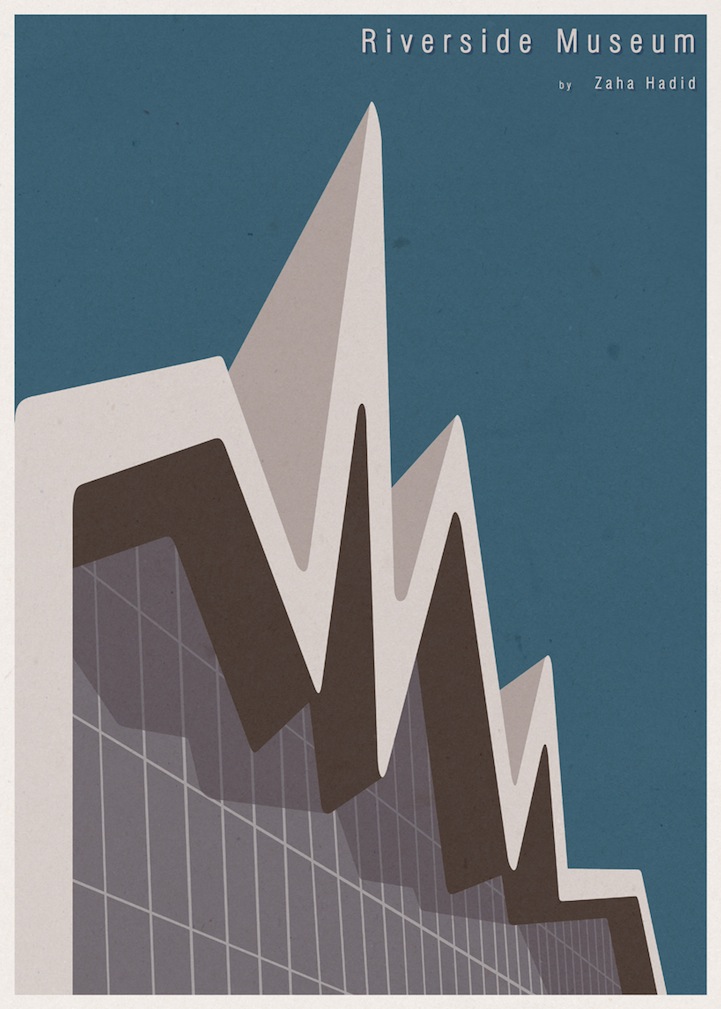 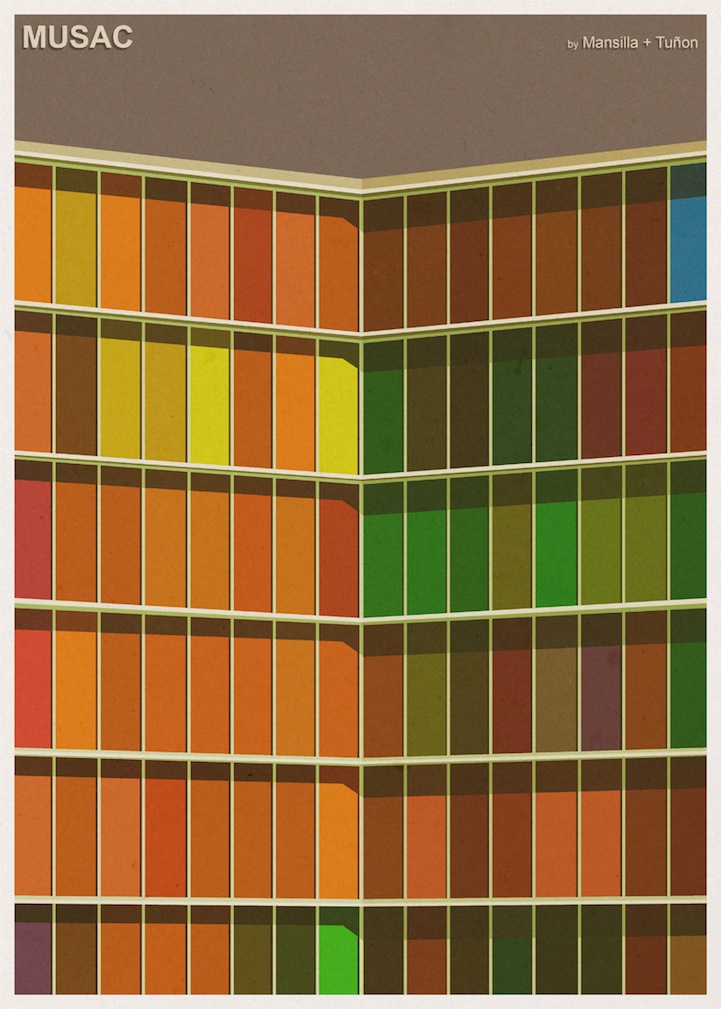 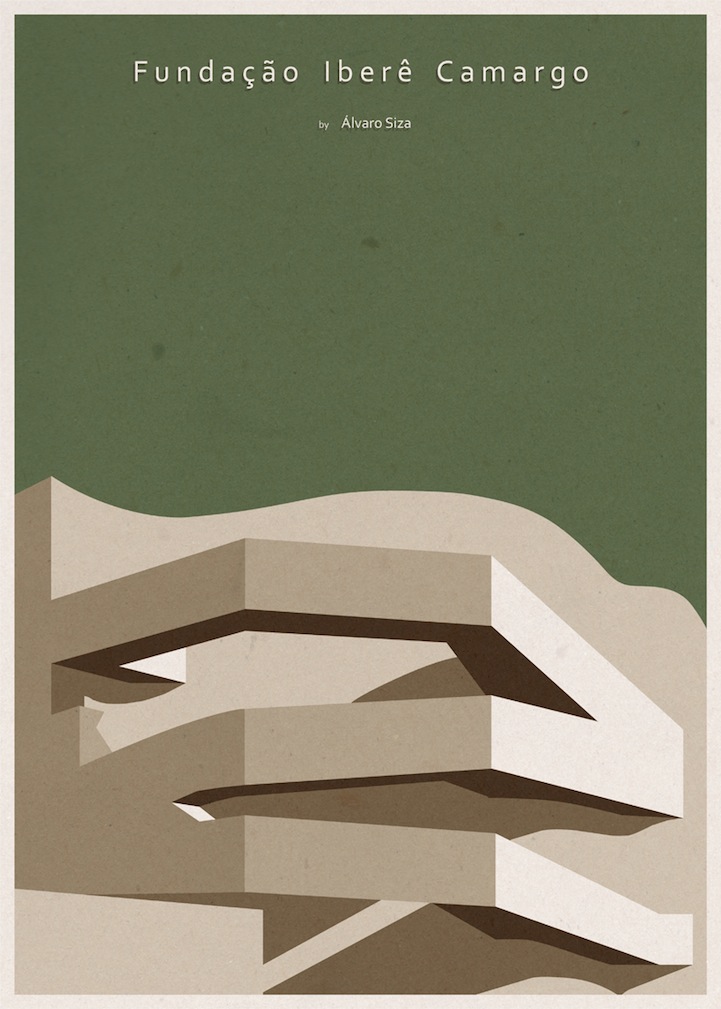 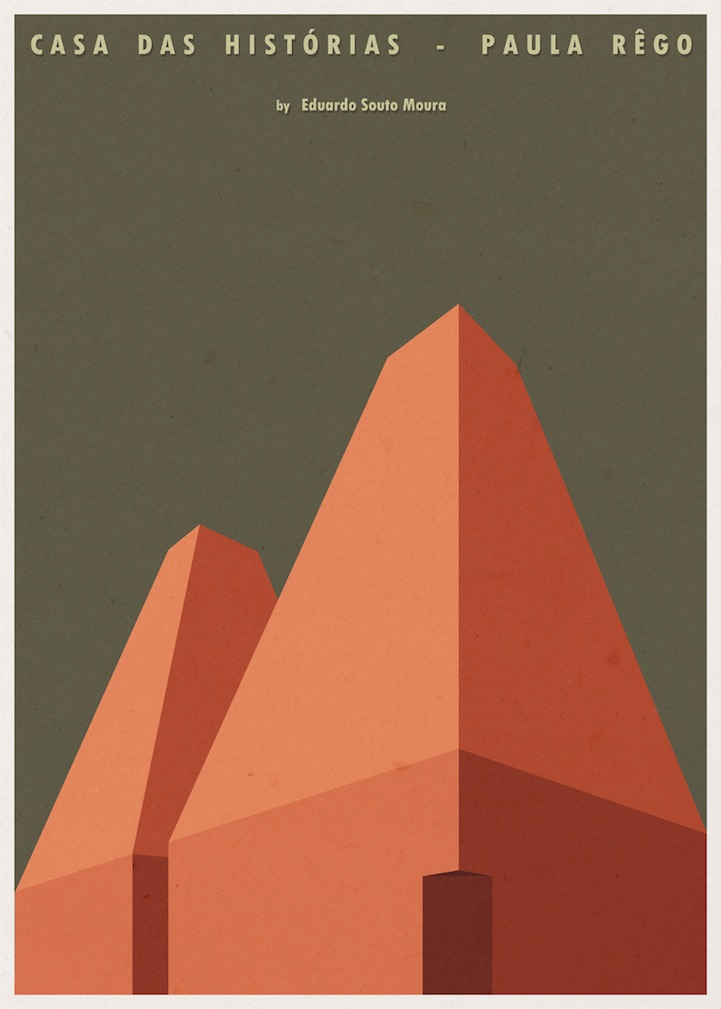 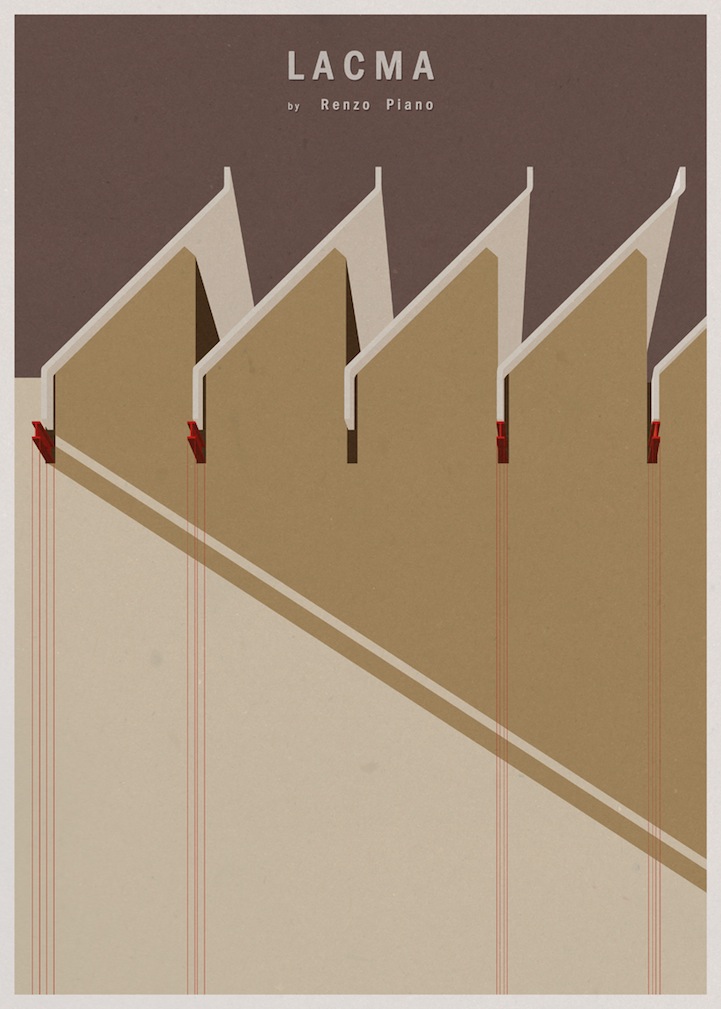 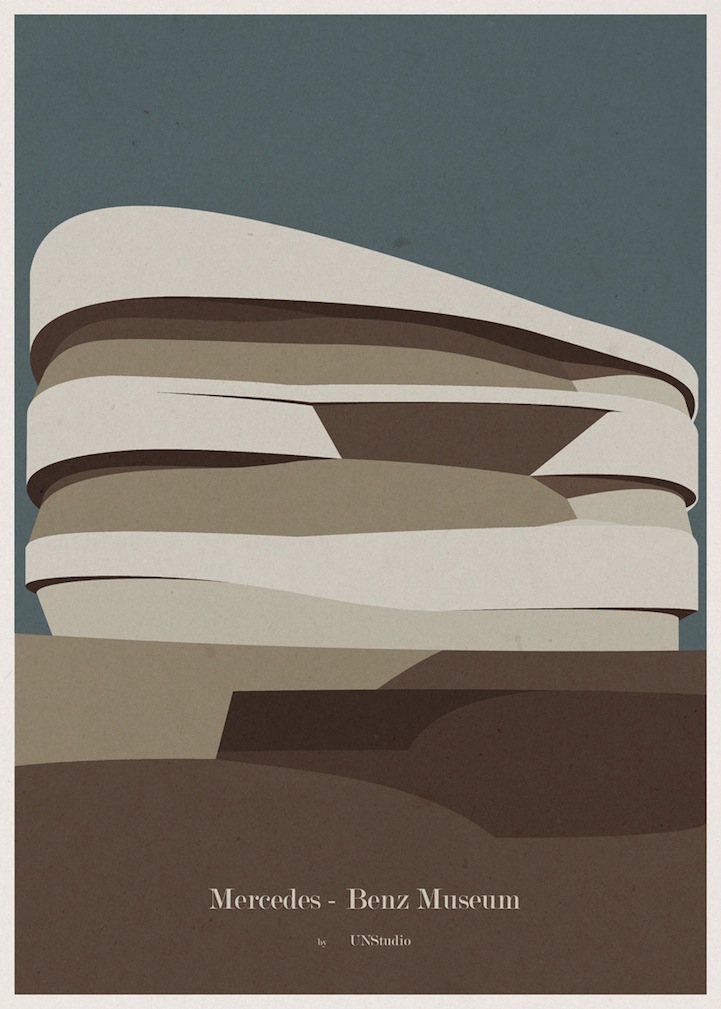