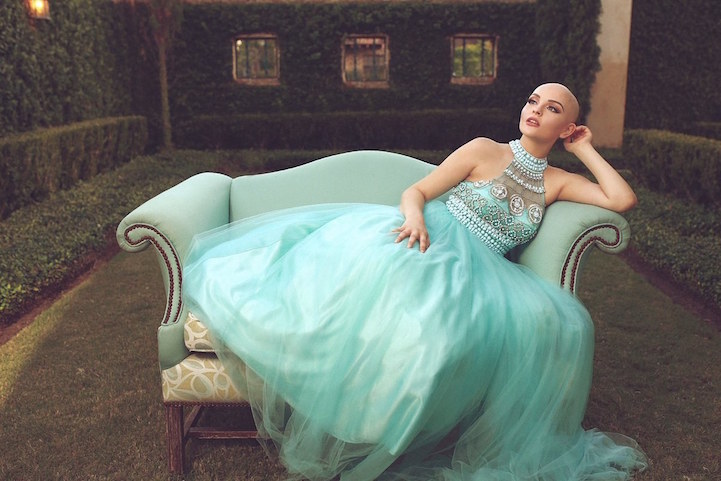 A tweet on August 10th by 17-year-old Andrea Sierra Salazar says it all: “Cancer doesn't stop me from being a princess.” Interested in modeling since age 13, her latest fairytale-inspired photo shoot shows her without hair and still as strikingly beautiful as ever. However, the confidence you see before you wasn't always there.

Salazar first discovered she had cancer when she felt a lump on the back of her neck. She told Buzzfeed: “There were no side effects, I wouldn’t have known [I had cancer] until one day I felt like I slept wrong, and my neck hurt. I patted my neck and I felt a really big ball.” Doctors quickly diagnosed her with stage two lymphoma. Having to take time off of school for treatment, her mother suggested she do some modeling gigs.

For a while, she did just that. Then, she began to lose her hair…and her confidence. “Before chemotherapy I had always been a confident person,” Salazar shares with The Independent. “So when my hair started to fall out I would look in the mirror and I wouldn’t feel that confident about myself.”

She experimented with wigs, but none felt like her.

And then she did a photo shoot with Gerardo Garmendia…without a wig. Salazar speaks about how at first she was scared to show her bare-skinned head beneath the wig. “But then I realized that I had no reason to be ashamed of the way I looked,” she admitted. “I should be proud. It’s not only about my outside beauty, it’s about the inside. That’s what really inspired the photoshoot without the wig.”

Her radiant and powerful photos have been shared over social media almost 100,000 times, but it's her inspiring message for the young girls battling cancer, just like her, that has really resonated with people. She encourages her fellow fighters: “Your hair or your physical attributes doesn’t define who you are – what really matters is your inner beauty, the way you treat others, and if you’re a kind person, that shows through.” 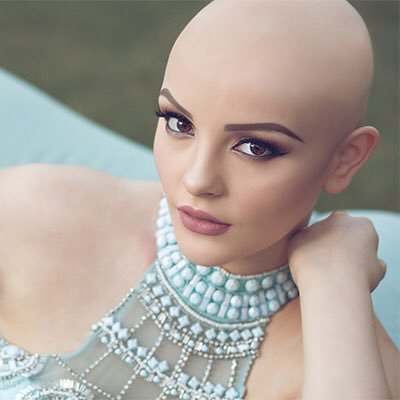 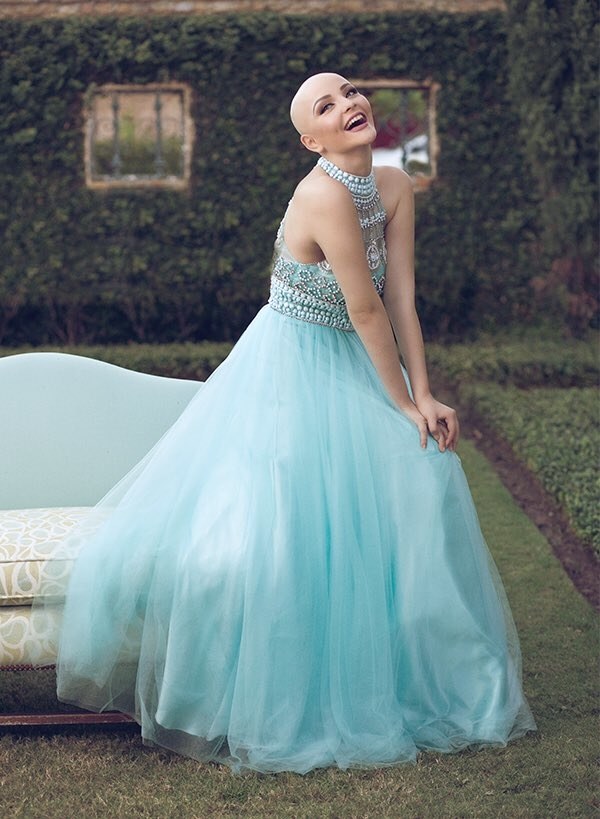 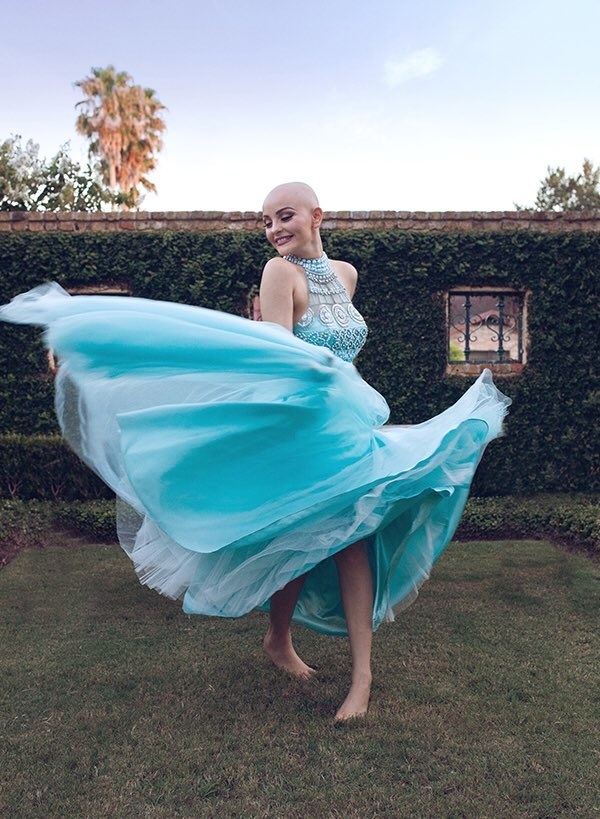 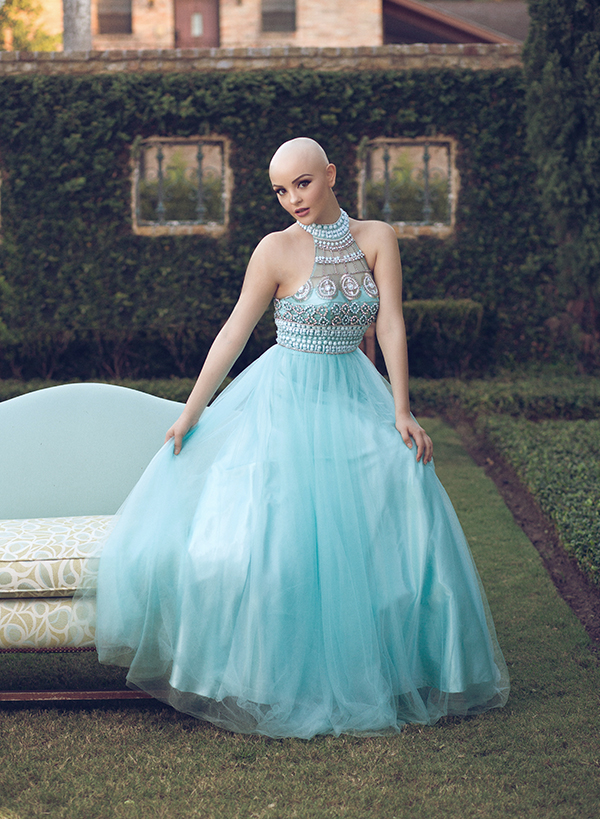 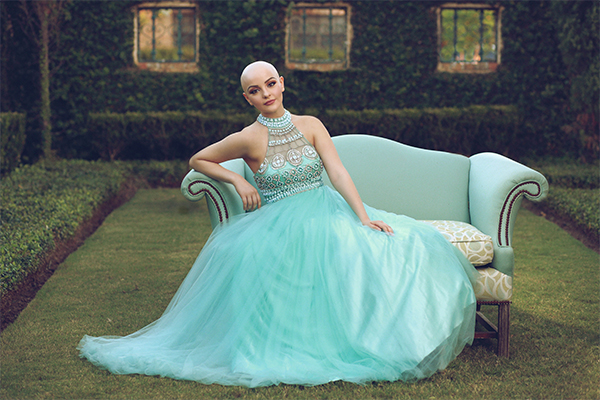 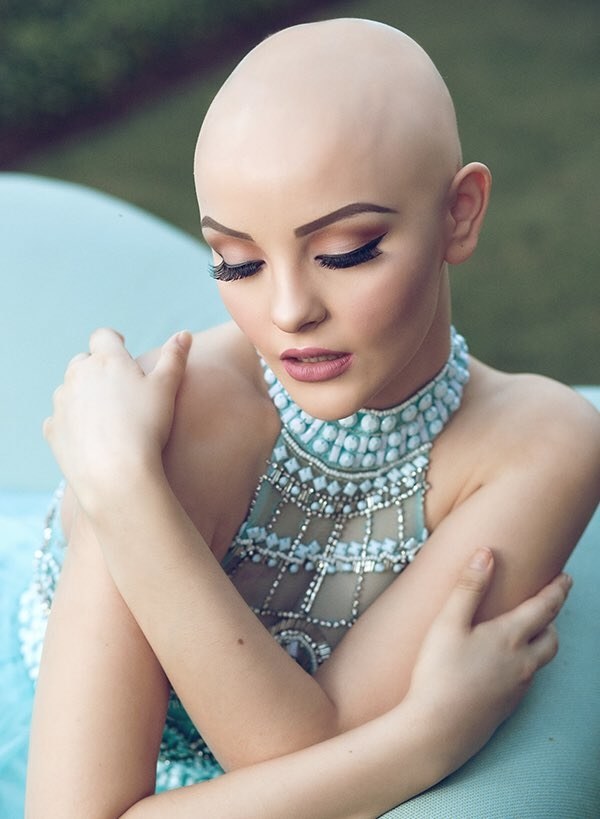 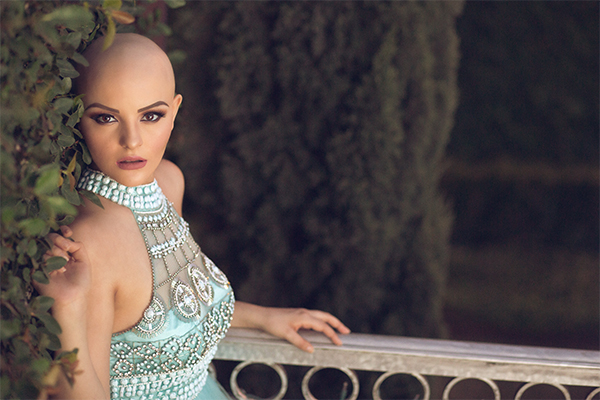 All images via Gerardo Garmendia Photography.