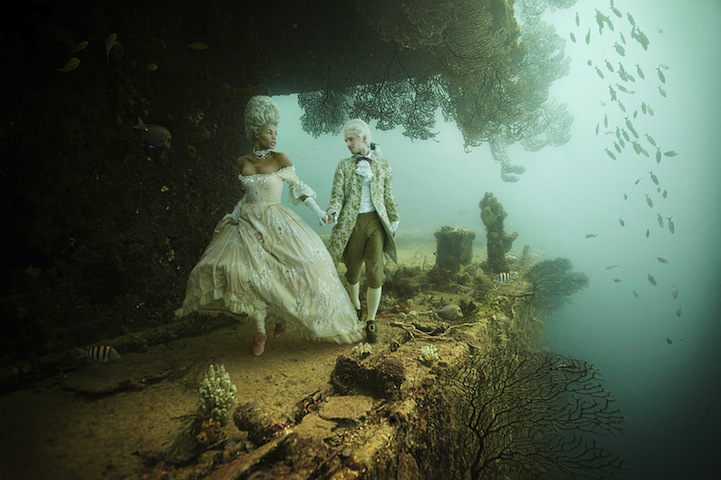 Austrian photographer and deep sea diving enthusiast Andreas Franke has released a new series titled Stavronikita Project: The Life Above Refined Below being exhibited deep at the bottom of the Caribbean right off the coast of Barbados. It was less than two years ago that the adventurous photographer first introduced his idea of an underwater gallery, at 130 ft. deep, with his photography affixed to the sunken USS General Hoyt S. Vandenberg ship. This new exhibit, though similar in its approach, offers a new set of surreal images to view by diving undersea.

Franke's latest project explores the decadent lifestyle of the wealthy during the Rococo era as it is juxtaposed with the decaying freight ship and swarming marine life as its backdrop. The Viennese artist uses images of his models imitating the period of opulent abundance as a contrasting visual to his deep sea captures of the SS Stavronikita, creating an intriguing image rich with interpretation. Like his previous work, Stavronikita is on display underwater, behind a plane of plexiglas, sealed in with silicone and a steel frame and attached to the ship with strong magnets. The exhibit can currently be seen, at a depth of 80 ft., through April 2013. 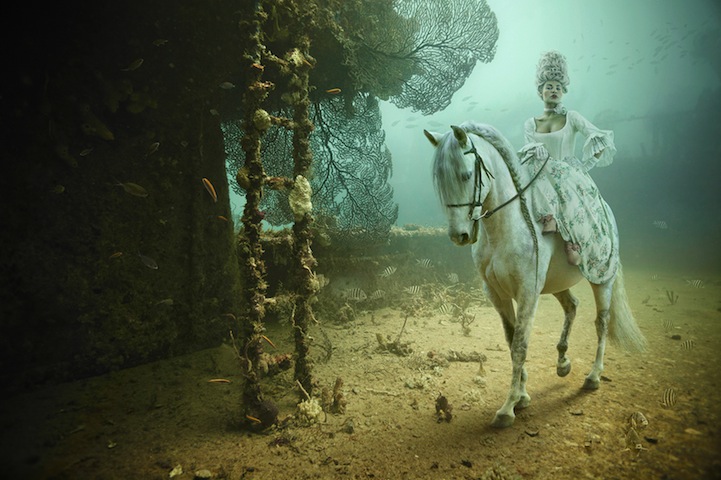 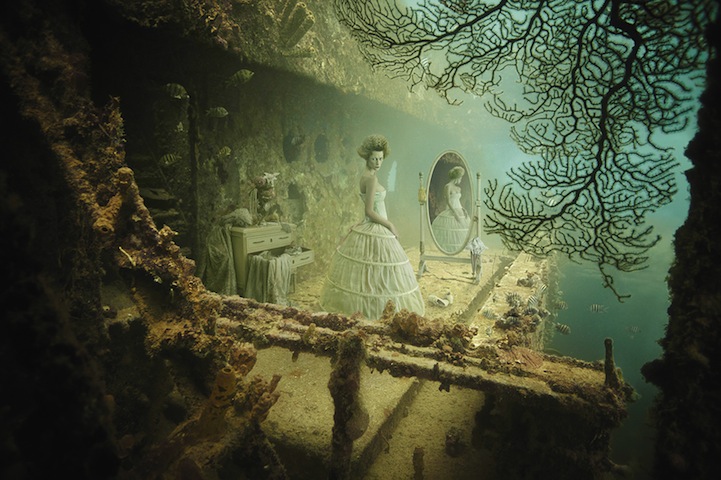 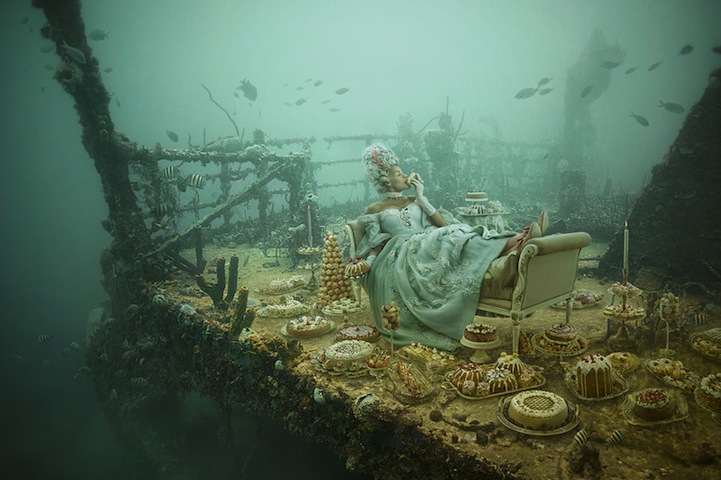 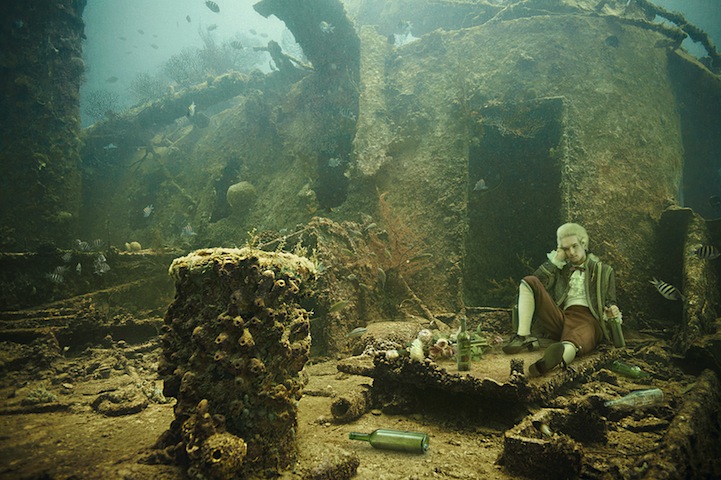 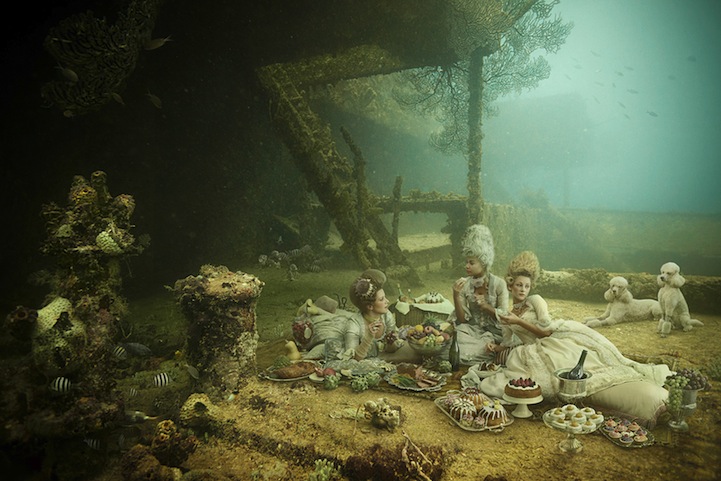 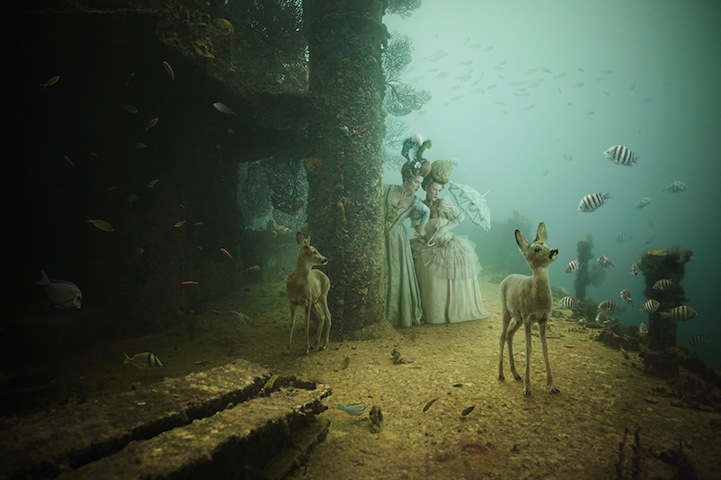 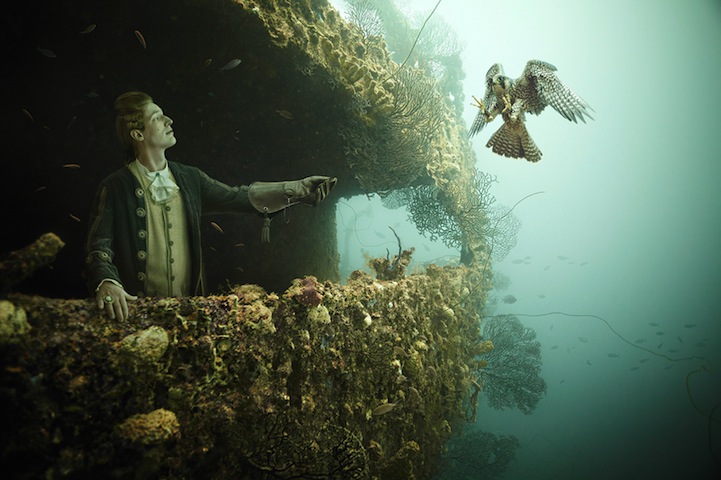 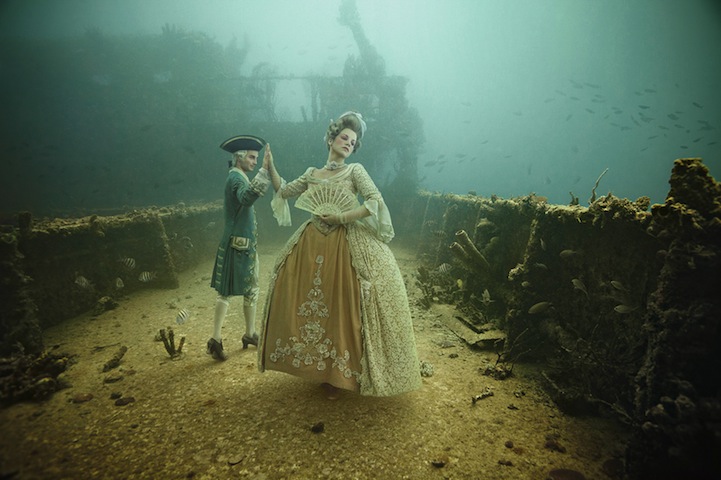 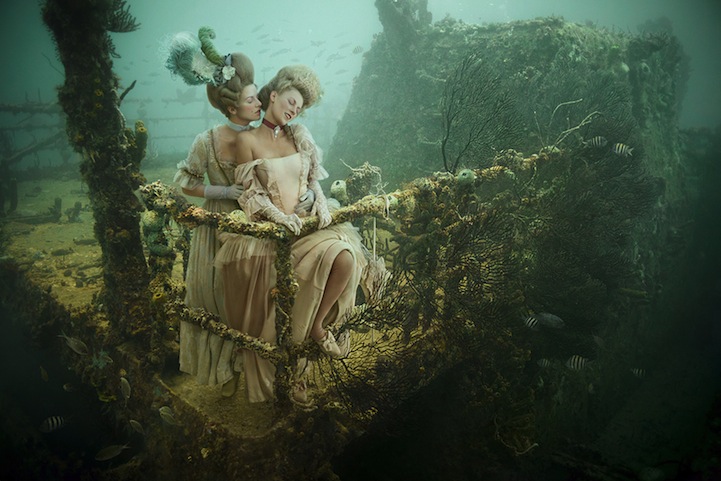 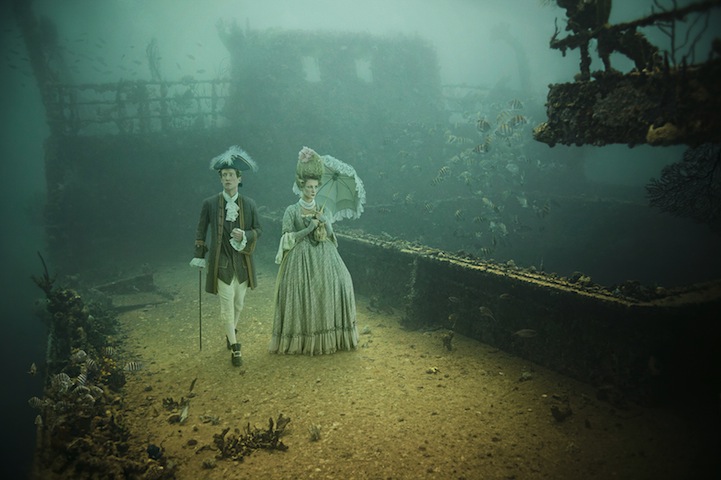 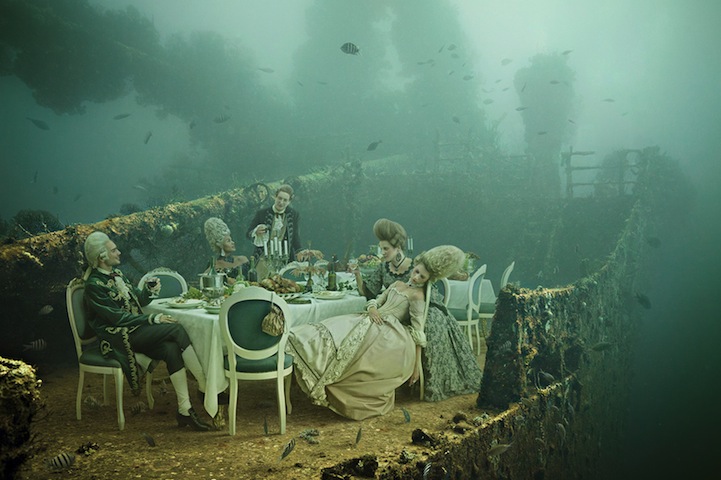