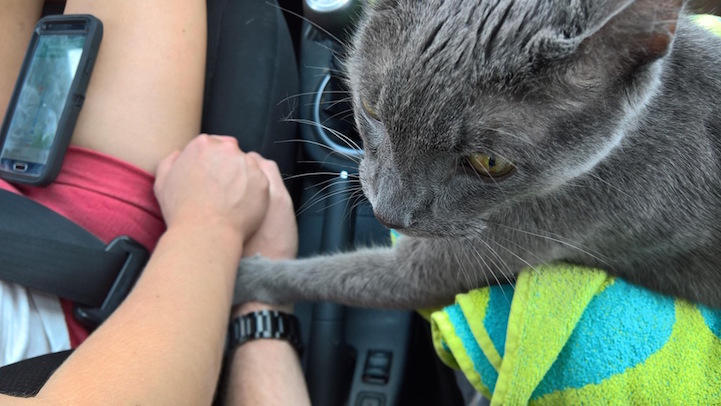 There's nothing quite as comforting as holding the soft, fuzzy paw of a beloved pet—especially in times of sadness. In this memory-making photograph taken by Redditor Andrew Bernhard, the eponymous cat, Little Andrew, rests his paw upon his human as they drive in the car together for the last time. After 15 1/2 years of being together, Little Andrew had grown old and Bernhard was forced to make the difficult journey to the vet. As if the cat knew what was coming, he reached out a paw and reassured his humans that everything would be alright. Bernhard captioned his Reddit post with “He held our hands on his last trip to the vet. Little Andrew was much stronger than his mom and I.”

Putting his cat to sleep, Bernard says, was the only fair thing they could do. He told Buzzfeed, “He wasn’t eating or drinking, stopped purring, and just wasn’t himself. It would’ve been selfish to keep him just because I didn’t want to lose him.” Although there can never be enough time spent with a pet, Bernhard and Little Andrew spent quite a wonderfully long and eventful time in one another's company. Little Andrew was there, all through Bernhard's years in high school, college, podiatric medical school, residency, and well into his new married life. The next few months will be hard, as Bernhard and his wife make this transition. But by sharing this post and hearing other people's compassionate stories of love and loss, they hope to gain and provide the support to many of those facing similar situations.

In regards to life without Little Andrew, Bernhard shares, “I knew Andrew was special, but didn't expect others to experience that. He's now touched a lot of people and it makes me real happy…I hope everyone has the chance to have an Andrew cat in their life at some point.” 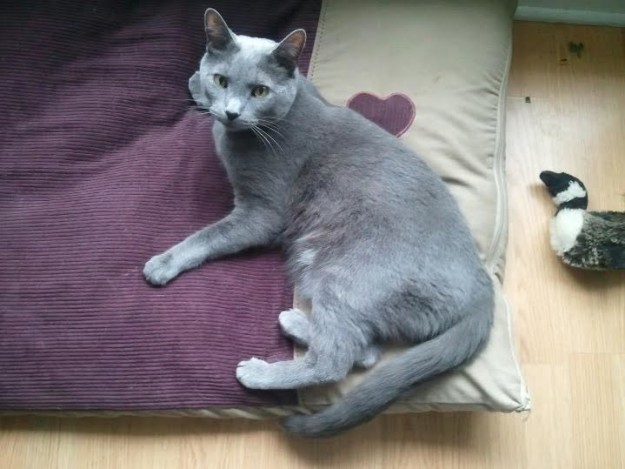 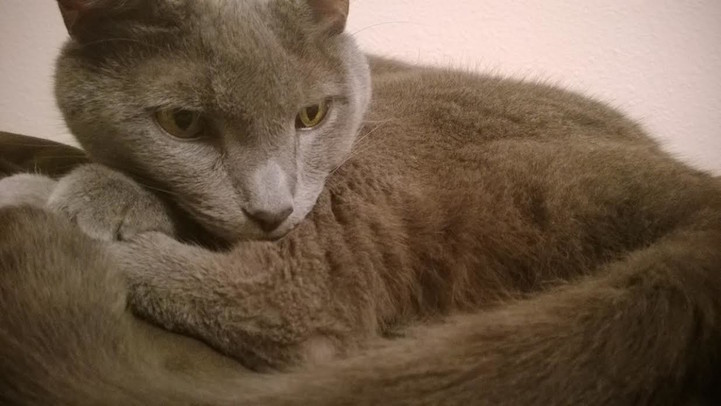 All images via Andrew Bernhard.