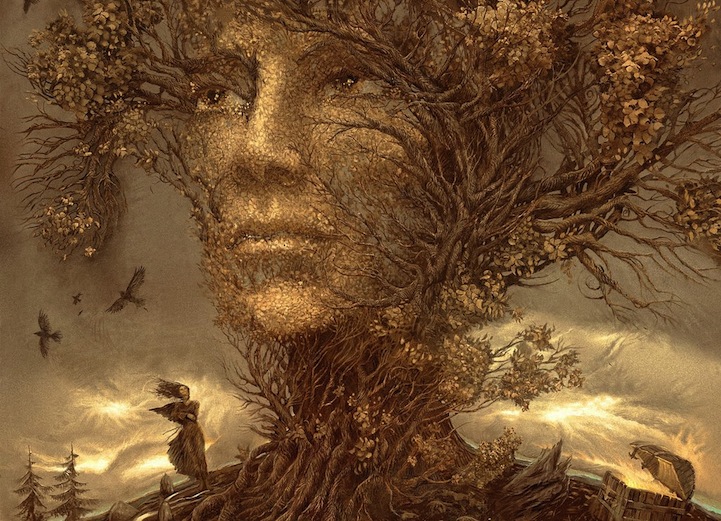 Moscow-based Russian illustrator Andrew Ferez, aka 25kartinok, creates surreal scenes, each with their own fantastical narratives, that seamlessly merge various opposing elements. Digitally drawing his elaborate renderings, Ferez's work has a dark, fantasy-driven appeal. The digital artist manages to incorporate the human face into several areas of his works in creative ways.

Whether multiple faces are fused with a crumbling city, facial features are protruding from urban architecture, or a woman's contemplative expression is formed out of the branches and leaves of a golden tree, Ferez does a brilliant job of fusing two normally separate entities. Even a giant typewriter integrated into a cathedral is in one of the artist's illustrations, making for a unique perspective of each component. Though they clearly don't belong to one another in the real world, there's something visually appealing about their combination that, for a second, looks right. 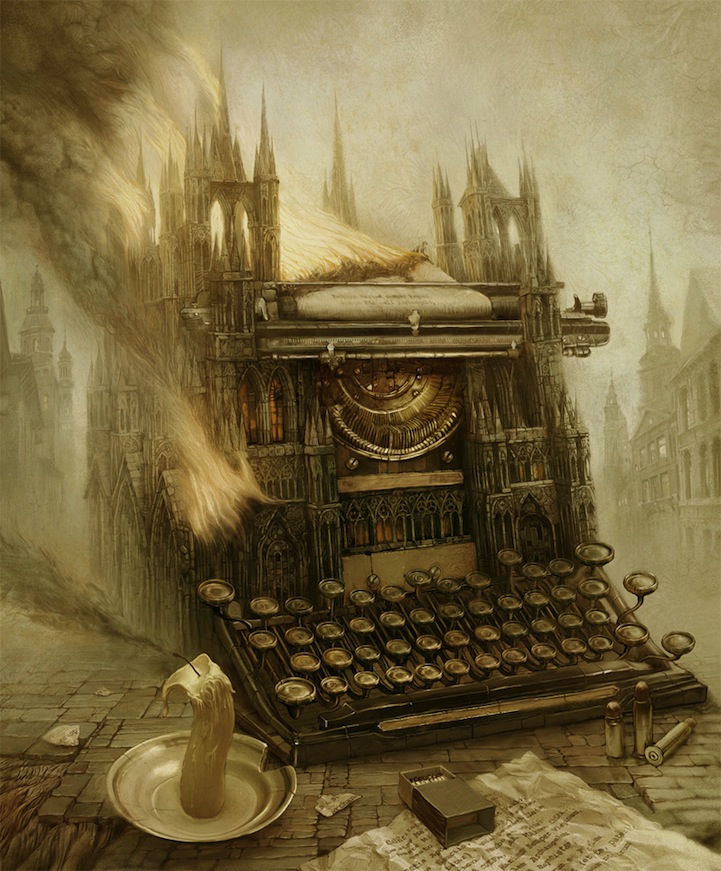 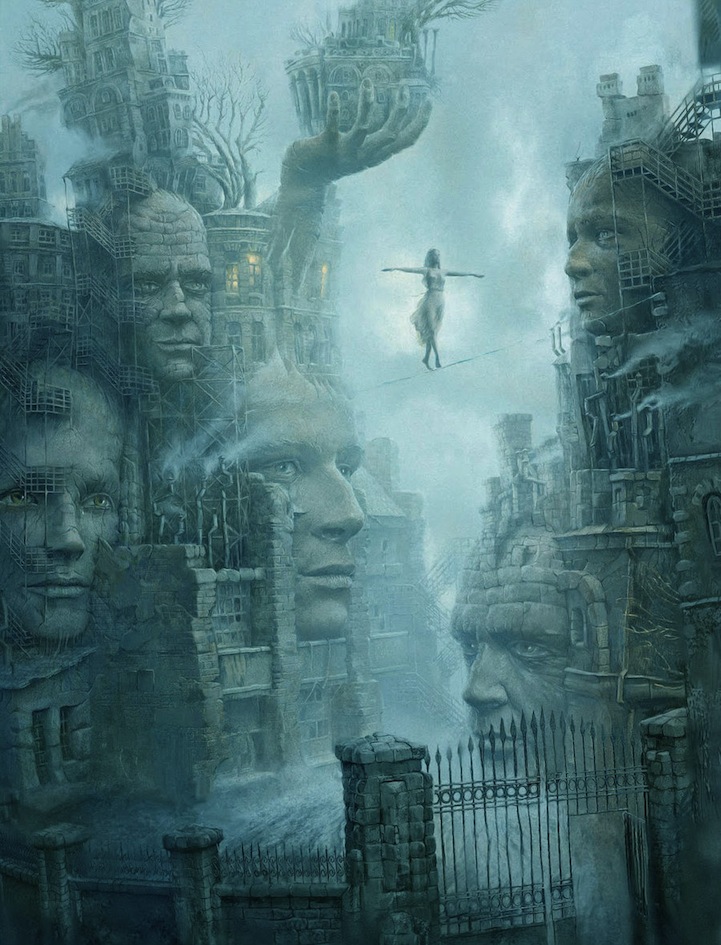 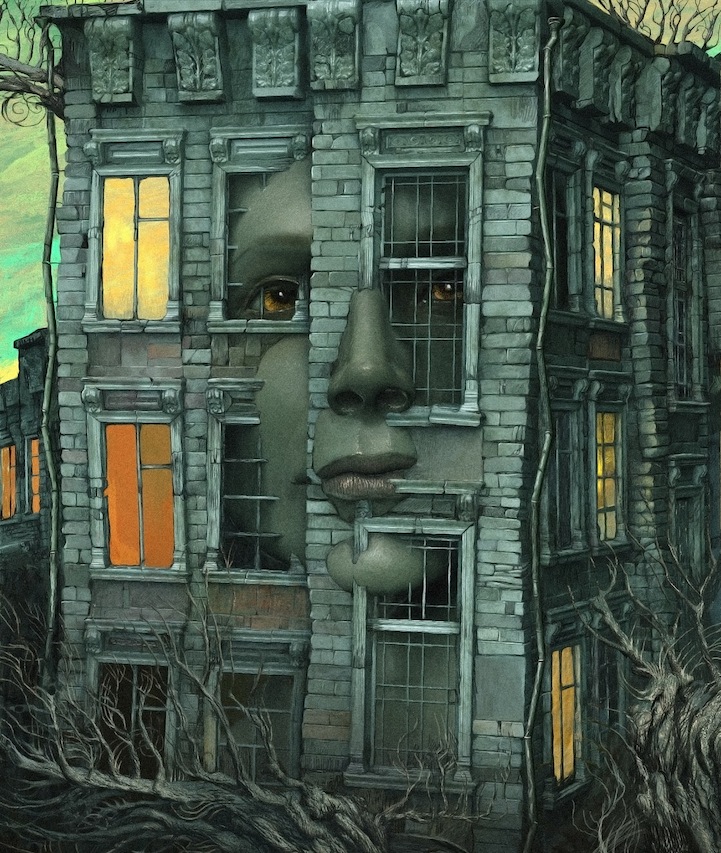 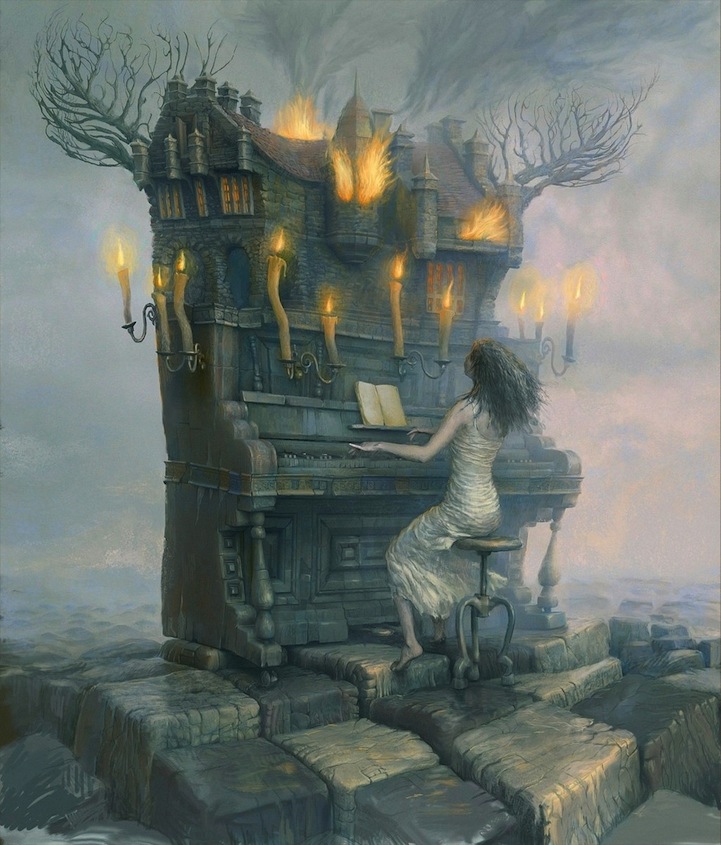 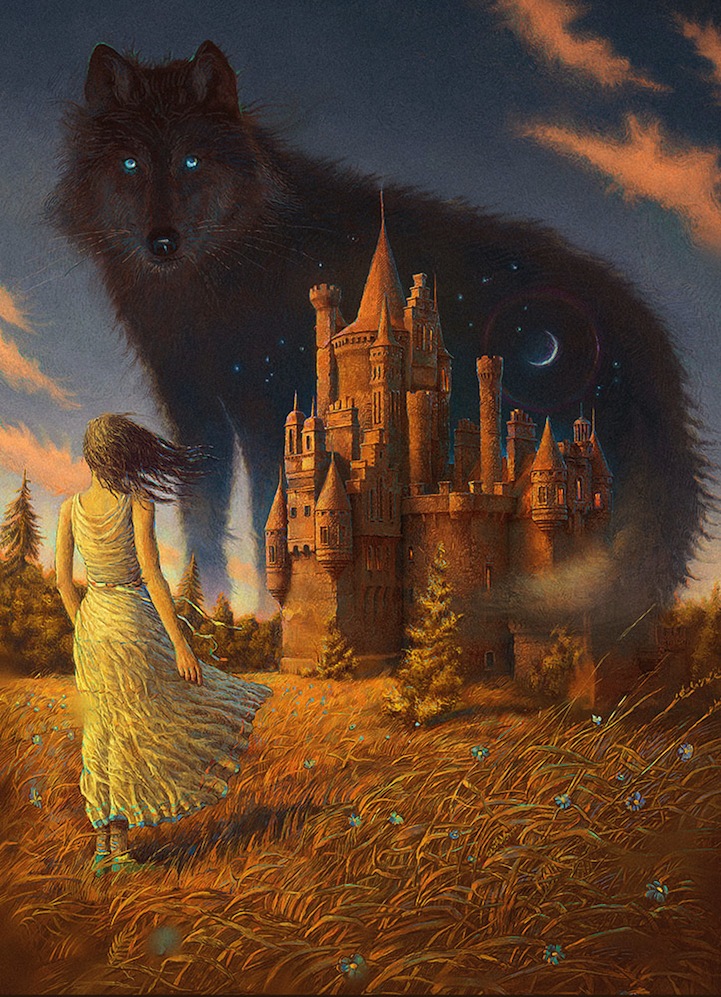 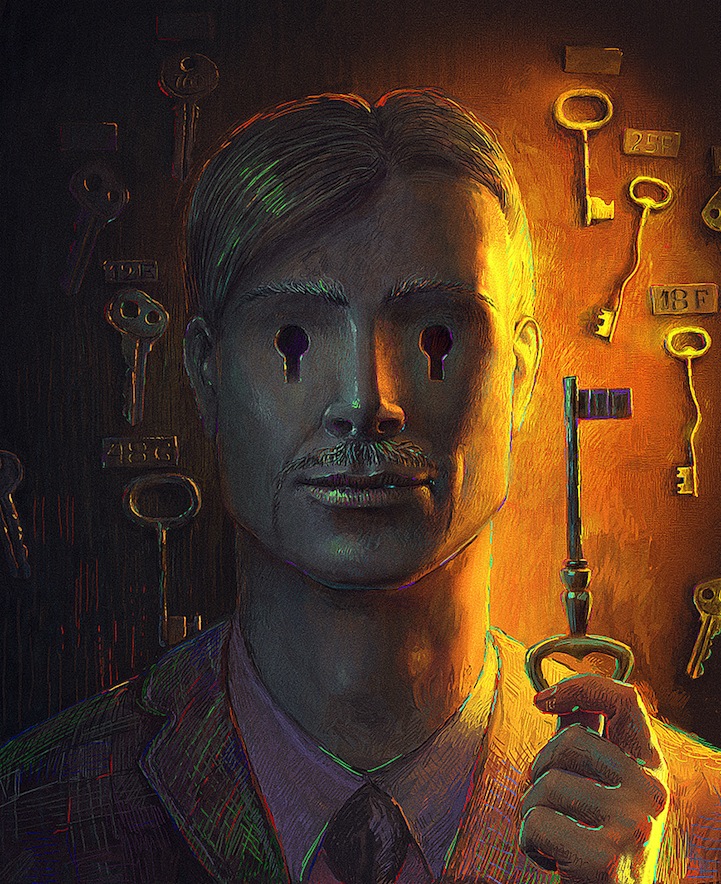 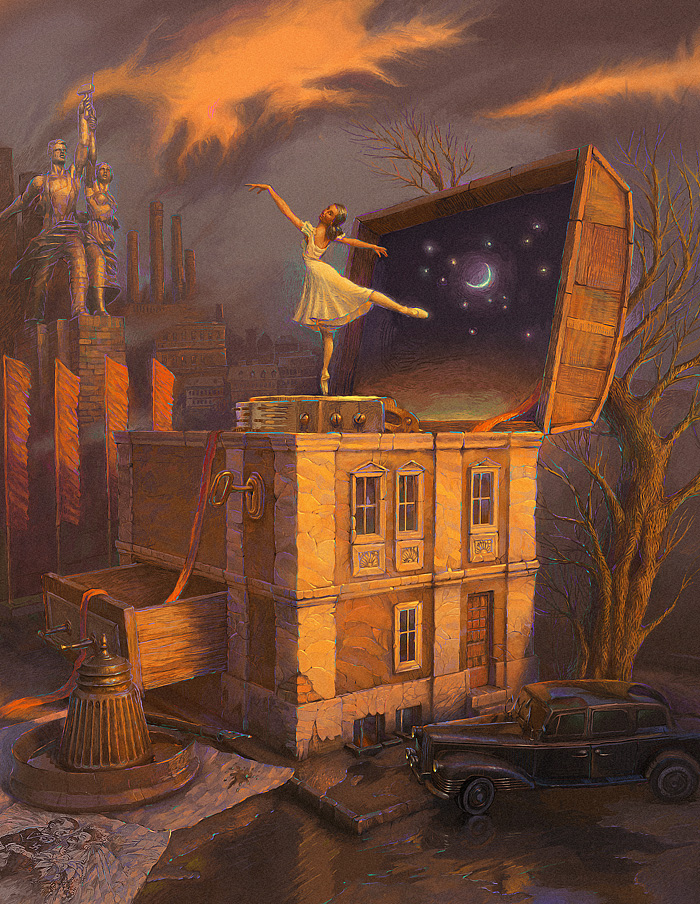