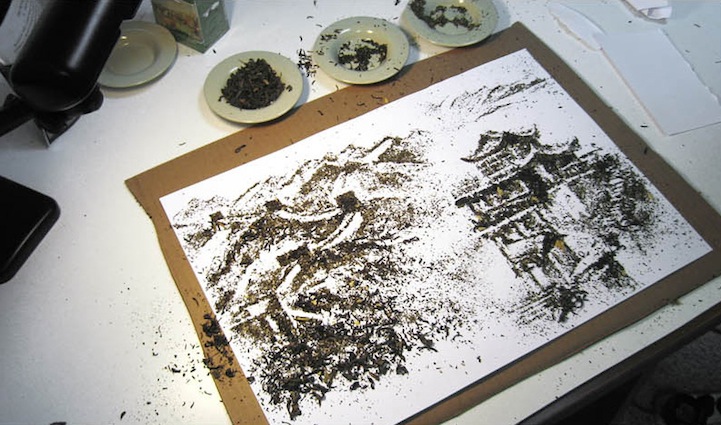 As children, we are often taught not to play with our food, but artist Andrew Gorkovenko purposely chose to break that rule with his Illustrations of Tea. Based in Moscow, the advertising designer created this collection as an assignment for branding the product TripTea.

According to Gorkovenko's website, “At the heart of brand communication is the idea of ??traveling to exotic countries of the world, which gives us TripTea tea, and opens up a new world of flavor with each new package.” Using varieties of tea, the artist pieced together the dried leaves into these detailed illustrations. Using what must be an incredibly steady hand, Gorkovenko has quite the knack for moving the prepared product around on the canvas until tiny palm trees, boats, giraffes, and elephants are revealed before our eyes.

Remarkably, each landscape represents the country from which the tea was produced, and is formed directly from the tea variety in the corresponding package. Gorkovenko says, “As a result, we managed to capture the spirit of adventure of tea, the flavor of traveling, and show an exotic and unforgettable world of tea in all its colors.” 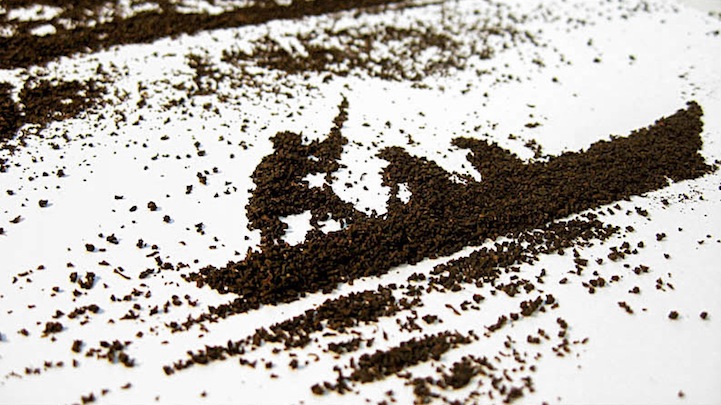 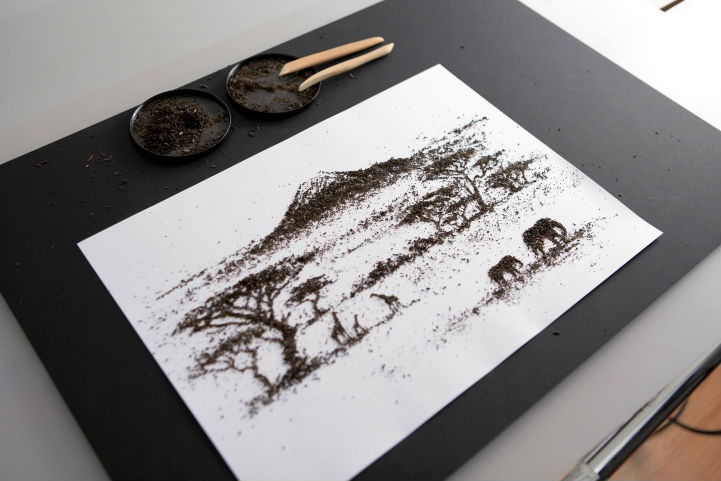 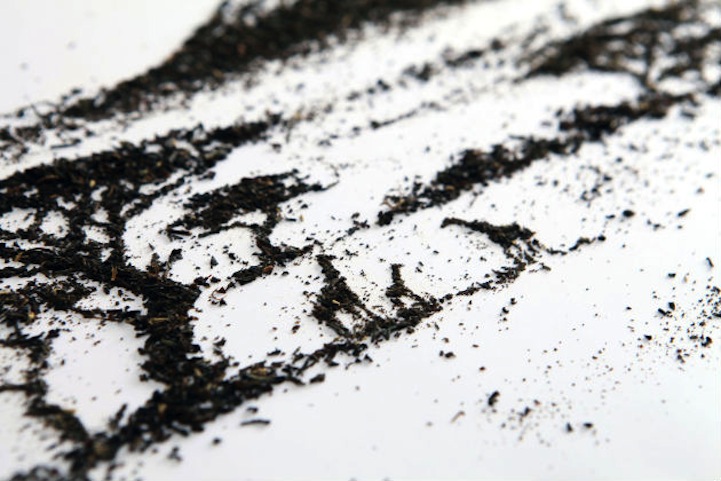 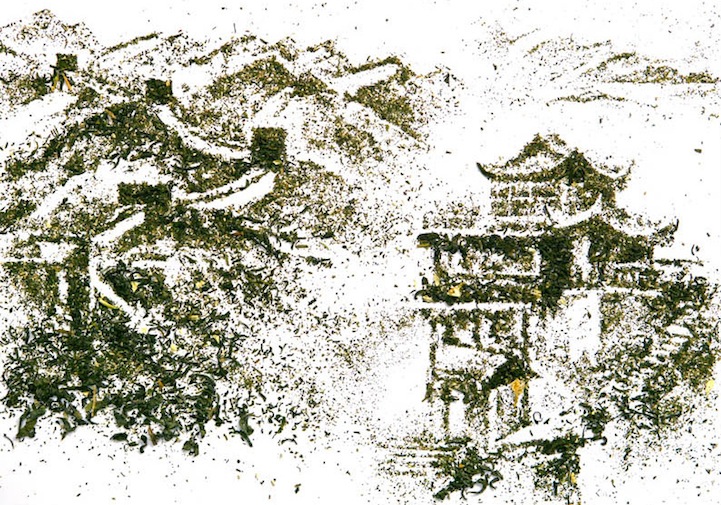 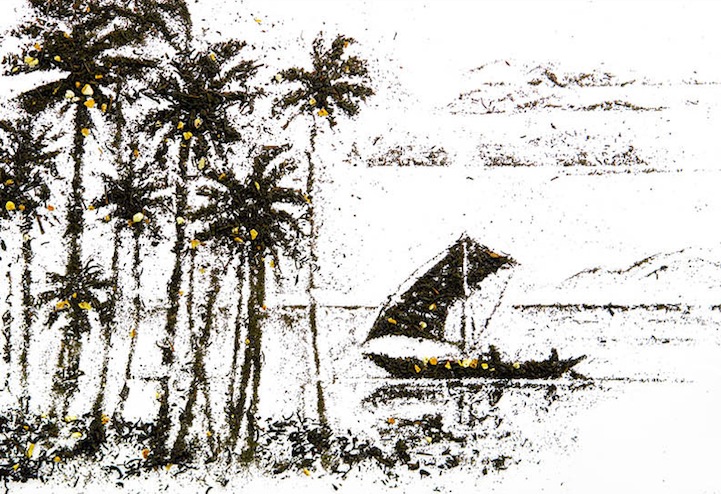 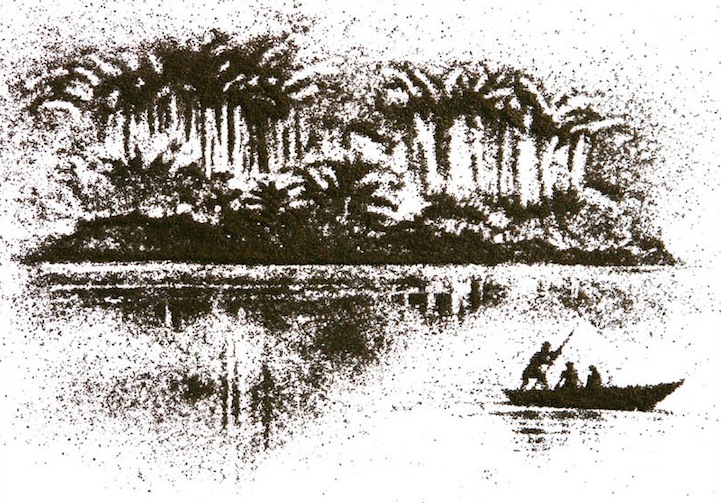 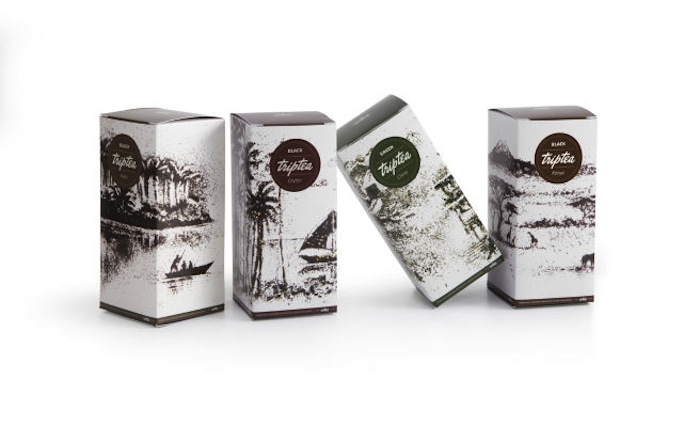 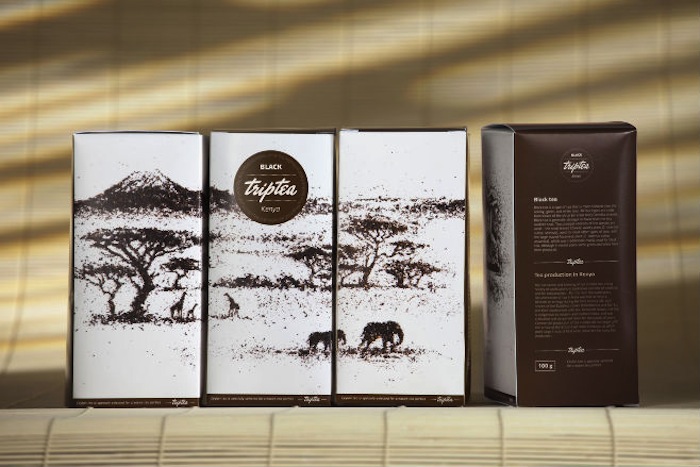