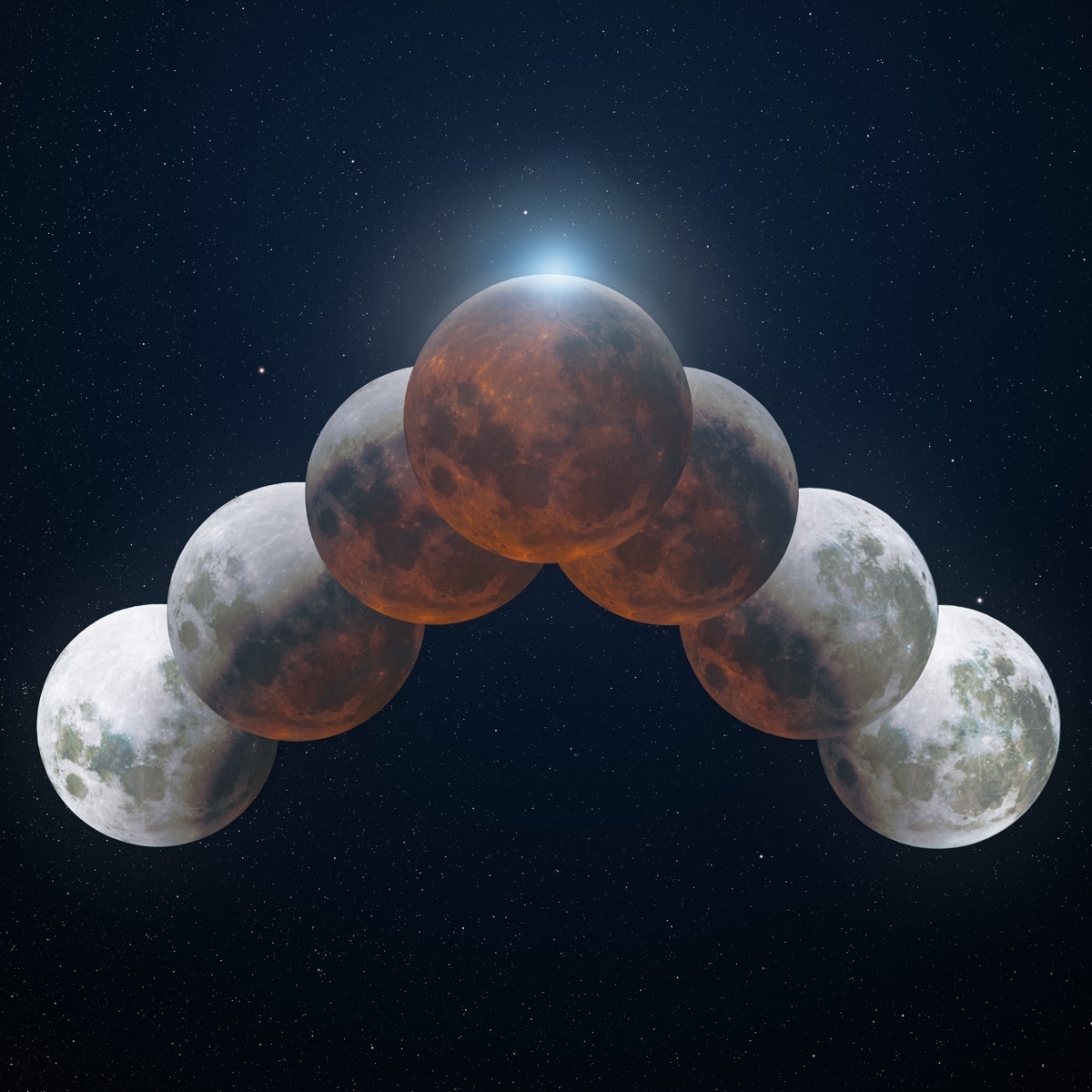 Astrophotographer Andrew McCarthy has once again wowed us with his incredible work. His latest photograph was taken during the longest partial lunar eclipse of the century. As usual, he went the extra mile and stayed up until 4 a.m. in order to shoot thousands of images, which he then transformed into a stunning composite photo.

The final result is a rich, detailed look at the entire sequence of the lunar eclipse. It's a beautifully artistic photo that was months in the making, as McCarthy first came up with the idea for May's total lunar eclipse. Geography limited his ability to make the shot happen during that event, so when the partial eclipse came around, he knew that he'd need to be ready.

“For this image, due to the time of the eclipse starting and its position in the sky, I was able to capture the entire sequence from start to finish. That enabled me to get a detailed shot during every stage of the eclipse,” he shares with My Modern Met. “At first, I had a vision that each image would overlap just enough to create a round shadow- showing the circular shape of Earth's shadow. However, that has been done many times before and I wanted to try something unique. By positioning each image in these positions, I felt it gave the composition a greater sense of depth, and really helped illustrate what we are looking at, which is a shadowed sphere.”

In order to ensure that he'd capture every detail, McCarthy had a three-camera setup in his backyard in Arizona. Though high-altitude clouds threatened to ruin the moment, he was able to overcome that challenge using HDR techniques. Of course, the actual photoshoot is just the first step in the process of putting together an image of this magnitude.

McCarthy composited together thousands of photos taken during the event to ensure that each moon was rich with detail on both the light and shadow side. By having three cameras, he was able to get a wide range of images from different angles that allow for an incredibly crisp, clear view of the moon.

As always, McCarthy enjoys sharing his process with his followers, so he published a behind-the-scenes video of the photoshoot on Instagram. Prints of this image are also available on his website and the high-resolution photo is available on Patreon.

Wowed by the photo? Share
Like My Modern Met on Facebook
Get Our Weekly Newsletter
Become a
My Modern Met Member
As a member, you'll join us in our effort to support the arts.
Become a Member
Explore member benefits