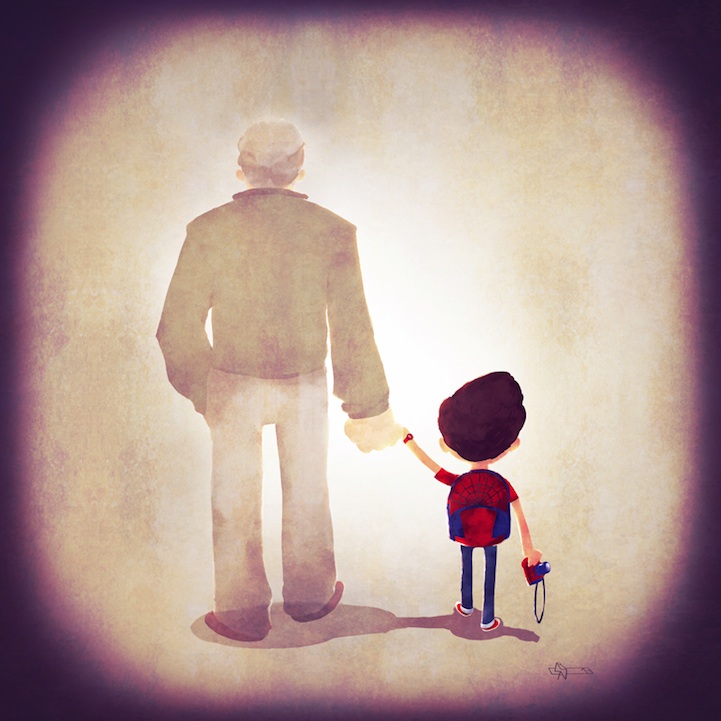 Paris, France-based designer Andry “Shango” Rajoelina has created an incredibly adorable set of illustrations called Super Families that show superheroes and their families on their way to school. The first part of his series, Justice Families, debuted back in May and in July he released part two, Marvel Families. Each of the illustrations shows superheroes we all know and love as either young children or as grown-up parents with children of their own. With their backs turned, we don't see their faces. Each character is easily identified, however, with their unmistakable outfits.

Limited edition prints are available on the Geek-Art store. (Love the one, above, of a young Peter Parker walking hand in hand with his uncle.) 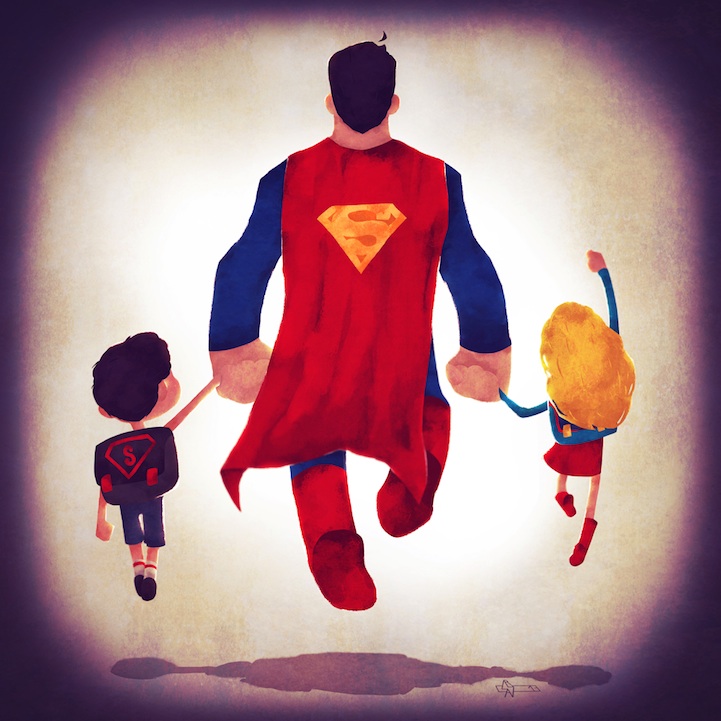 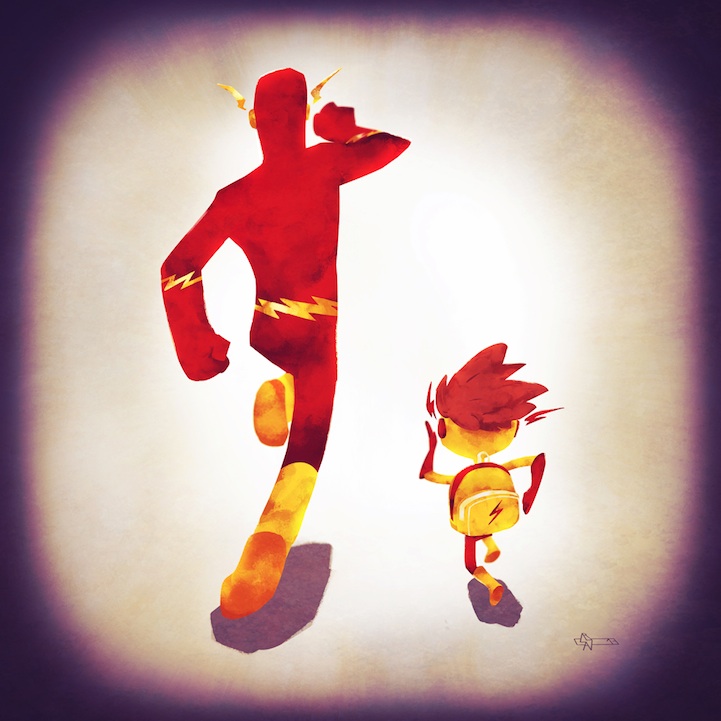 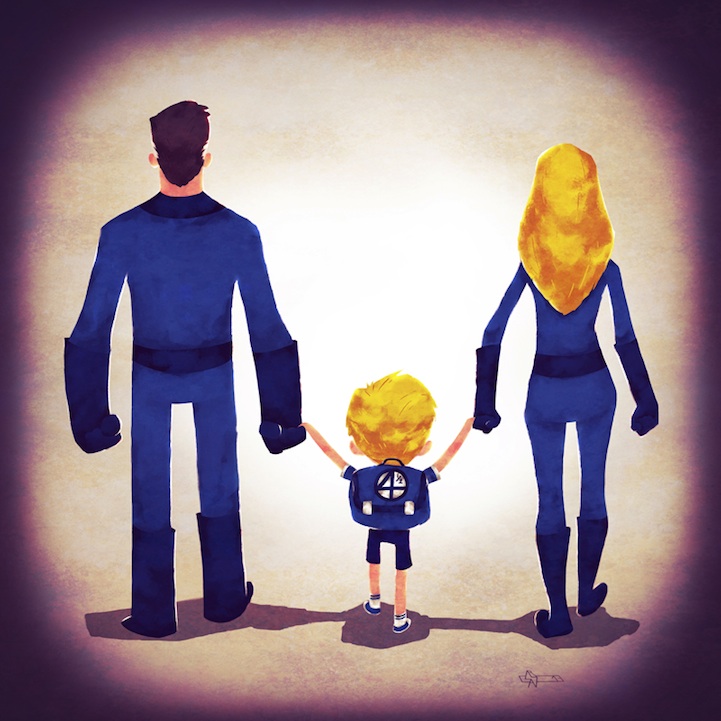 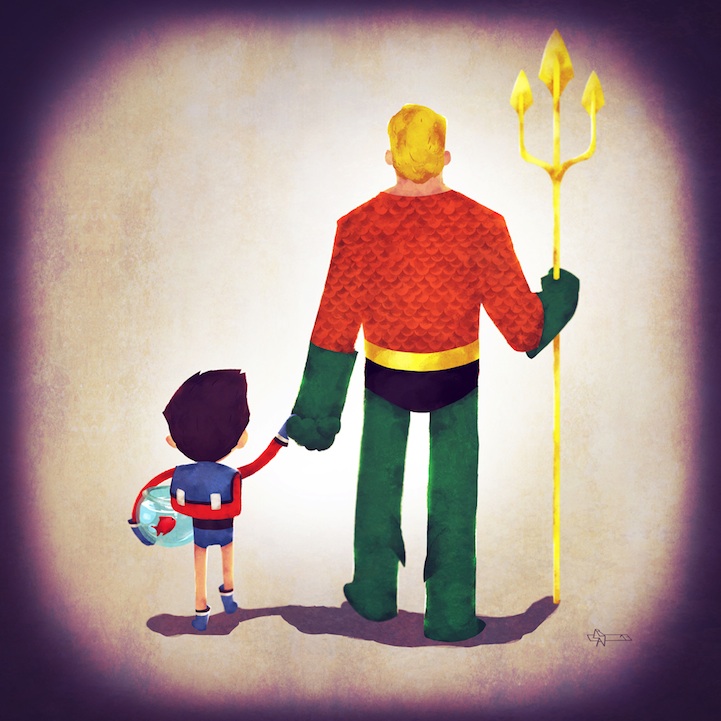 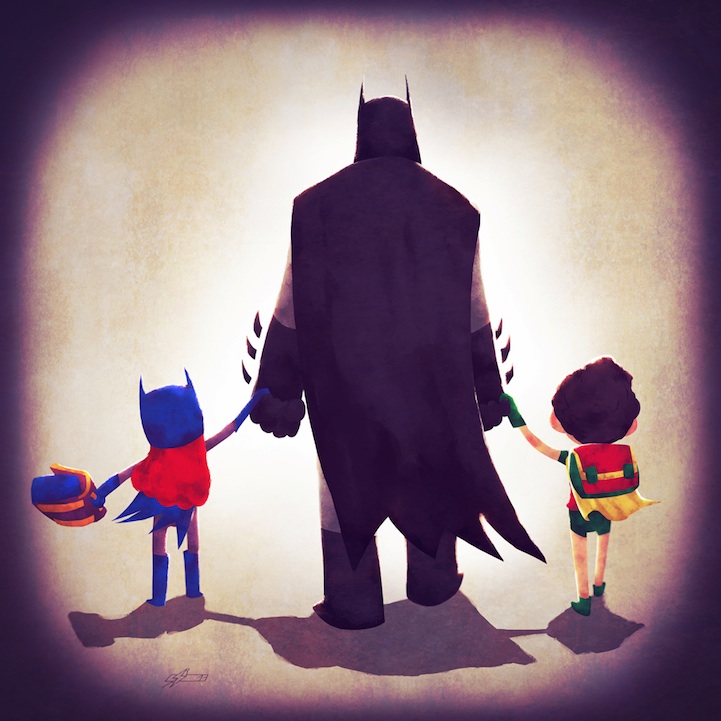 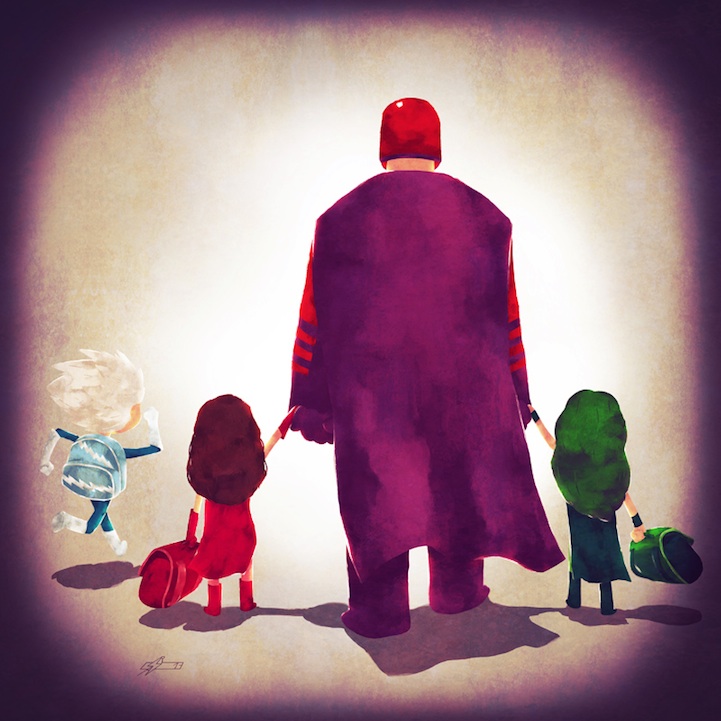 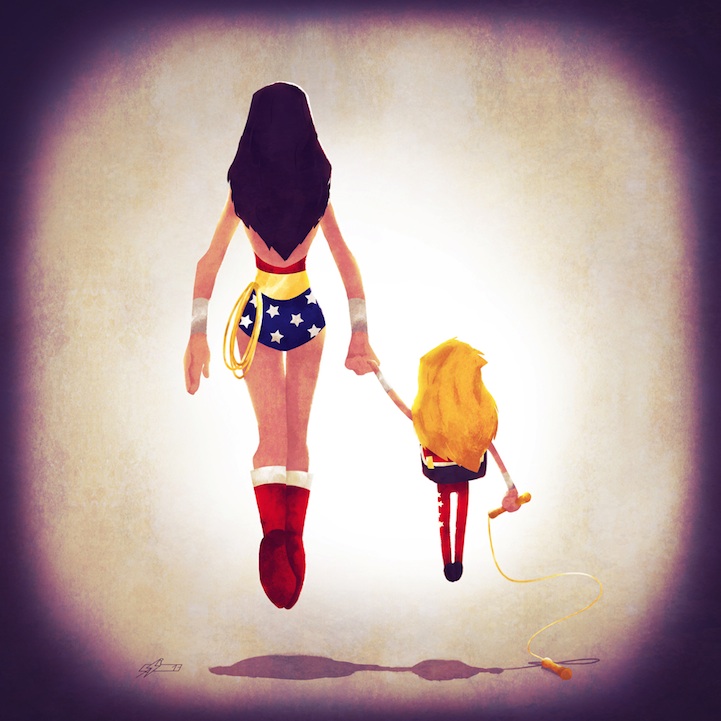 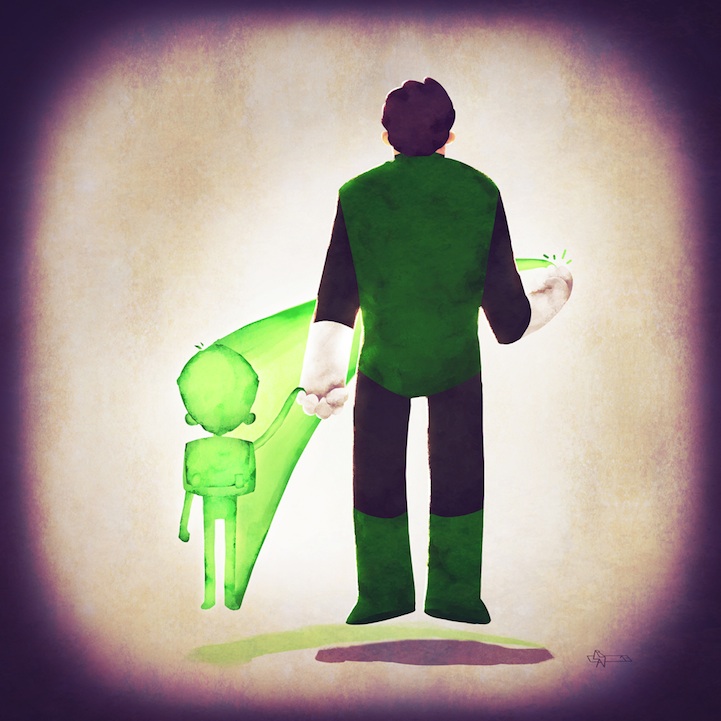 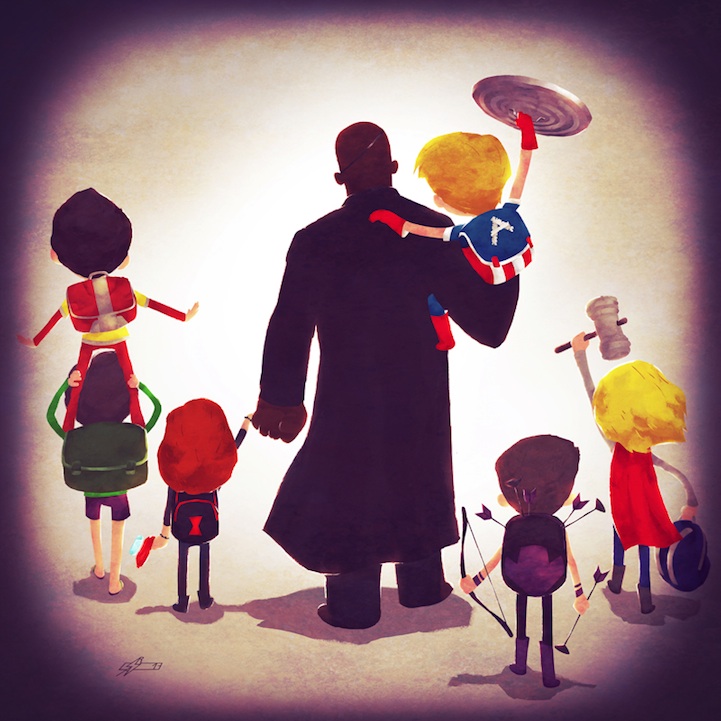 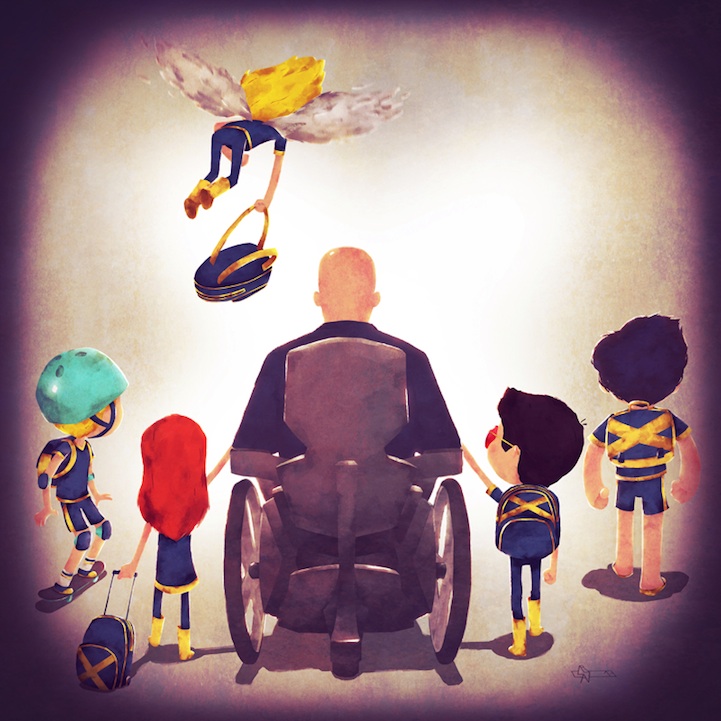