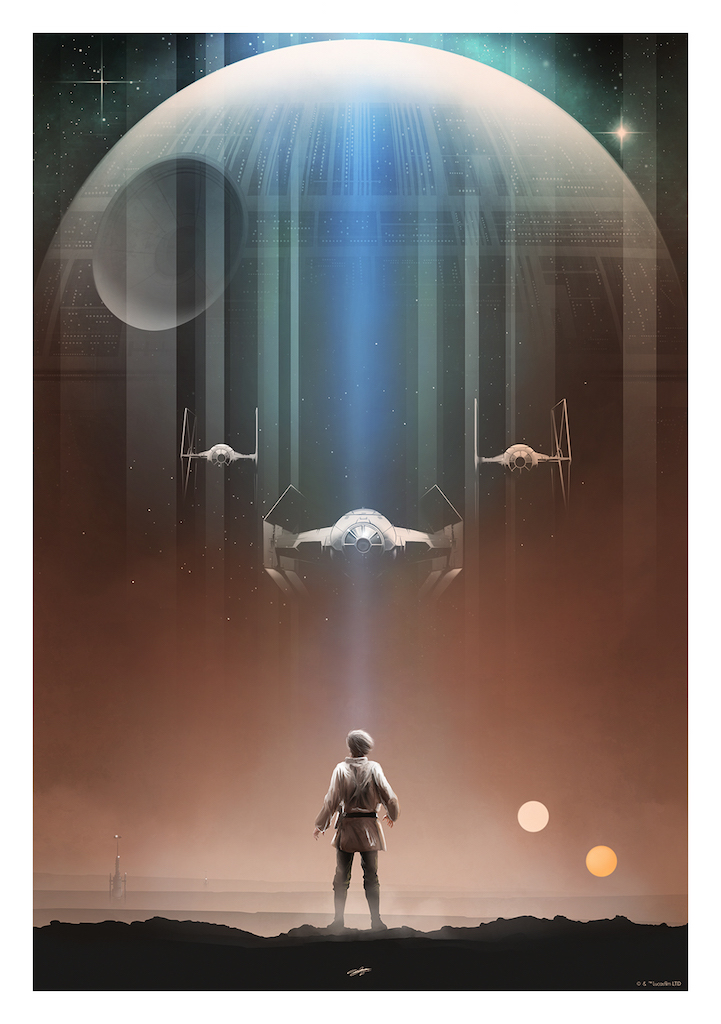 While the world waits with bated breath for the release of Star Wars: Episode VII The Force Awakens, artist Andy Fairhurst is paying tribute to the original trilogy that started it all. He recently collaborated with Bottleneck Gallery in creating these official Star Wars posters featuring Luke Skywalker, Yoda and Darth Vader. Each storytelling illustration shows a character standing with his back faced toward the viewer, gazing upon the story that is about to unfold around him. As the artist told us, “I chose to have the the main characters of the original series in reflective poses. The calm before the storms so to speak.”

The North Wales-based artist used Photoshop and a Wacom Intuos tablet to create these. How did the idea come about? “I'd done stuff with Bottleneck Gallery before and they recently got the license to produce Star Wars limited edition prints, so I was stoked to be asked to do official Star Wars posters,” he told us. “Any excuse for me to do anything regarding Star Wars.”

Each 13 x 19 giclee print was numbered and made to an edition of 175. They cost $35 each or $100 for the set. On April 21, the posters went on sale on Bottleneck Gallery's website and they quickly sold old. Fairhurst was surprised by this. “Believe it or not I am always surprised if my work sells out,” he said. “I'm not a very confident artist and always expect that not many people will like my stuff. I need to get more positive. But, no, I didn't and I especially didn't expect them to sell out so quickly! That was crazy.”

The release came on the heels of Star Wars Celebration, the epic fan gathering that celebrates the Star Wars franchise. This year the convention was held from April 16 to April 19 at the Anaheim Convention Center. The next one is slated for July 15 to July 16 in London at the ExCeL London Exhibition Centre. “Like the Rebel Alliance, Star Wars Celebration doesn't have a permanent home,” states the Star War Celebration website. “Instead, it travels around the world to avoid Imperial detection – and to bring Star Wars to as many fans as possible.” 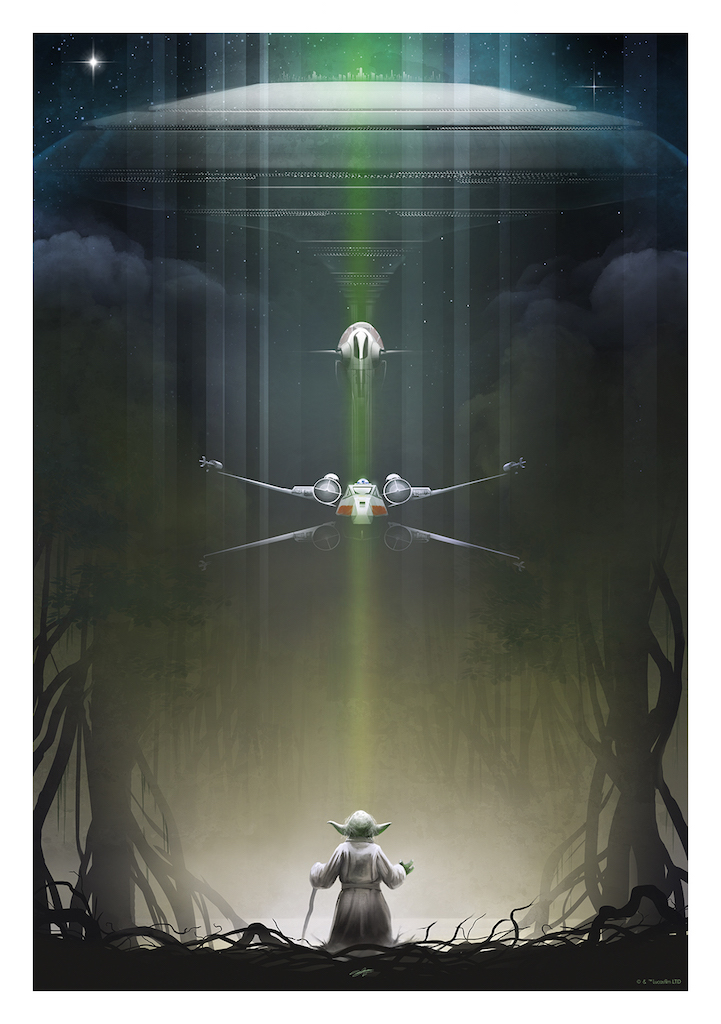 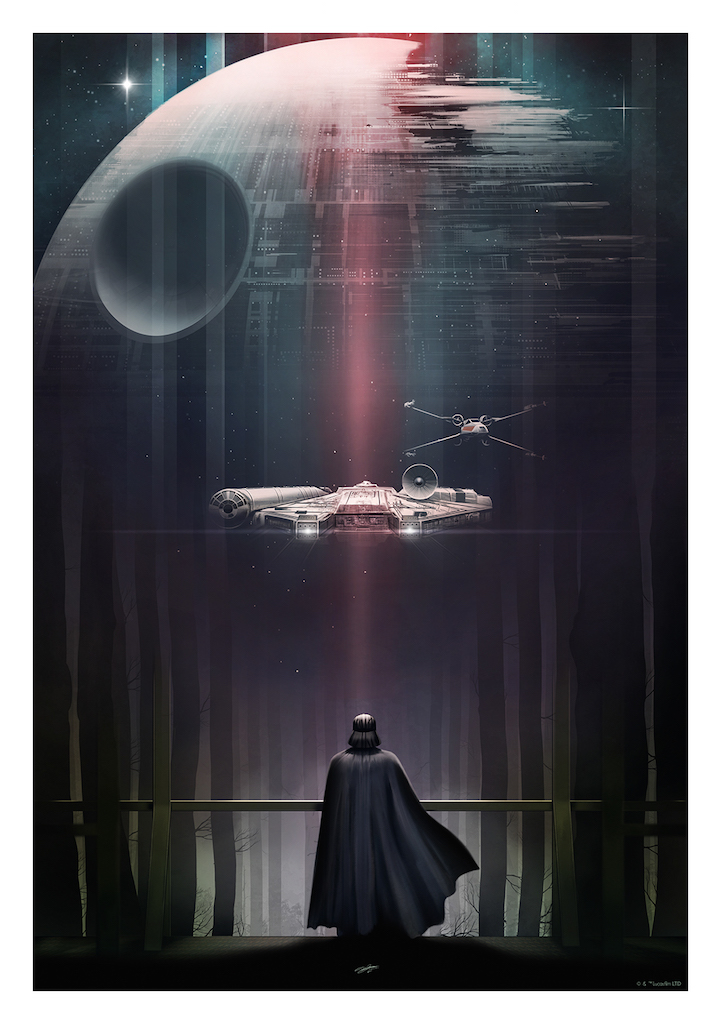