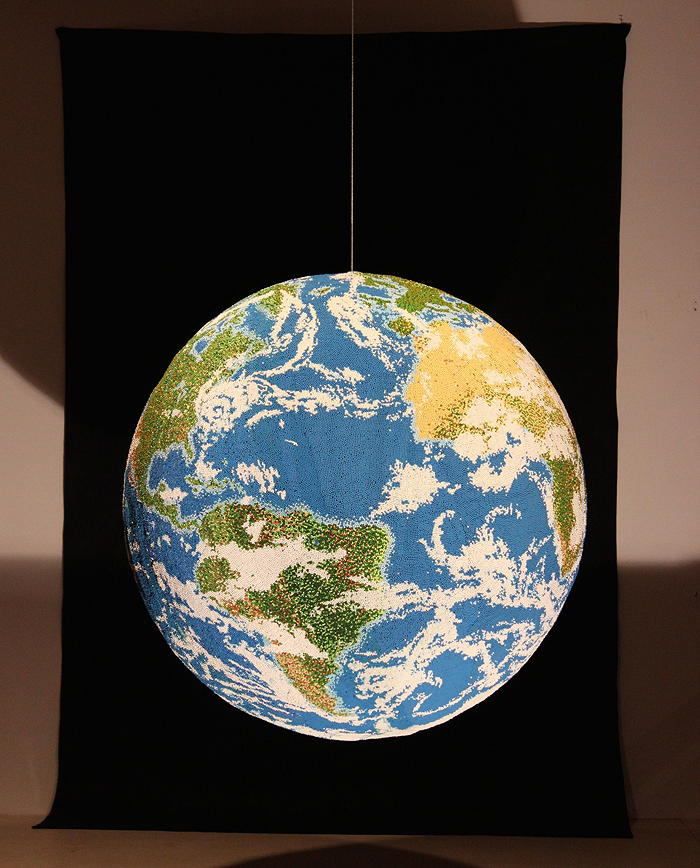 It took sculptor Andy Yoder two years to reproduce the world. He did so in the form of a large globe that's made from individually-painted matchsticks. It's an understatement to say that this was a tedious endeavor, and the results are amazing. Detail shots of Yoder's work showcase the thought and consideration that went into the placement of every match. There's no uniform blue that dots the ocean. Instead, he uses a variety of hues that adds to the richness of the overall piece.

Yoder's son, Reddit user yoderaustin, posted about his dad's handiwork on the site. He explains that the frame is a mixture of foam, cardboard, and plywood. After the artist hand-painted each matchstick, he attached them to the skeleton form with wood glue. The final step was to douse the entire piece in flame retardant (which is both a precautionary and ironic move).

As clouds wrap around the giant sphere, we see that Hurricane Sandy is descending upon the United States' east coast (visible in the last photograph). This distinctive touch is a personal one for the artist, who is based in Brooklyn New York and had to endure Sandy's wrath. 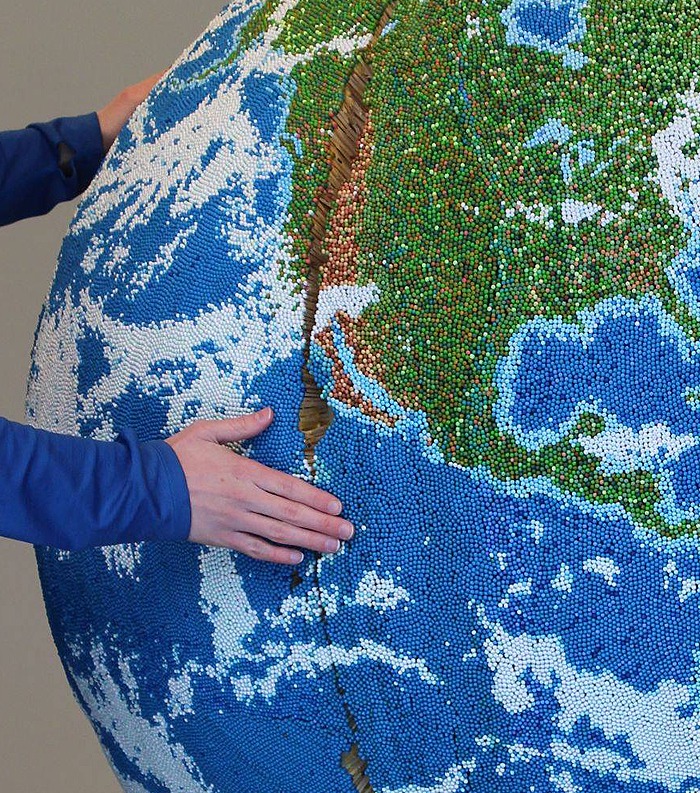 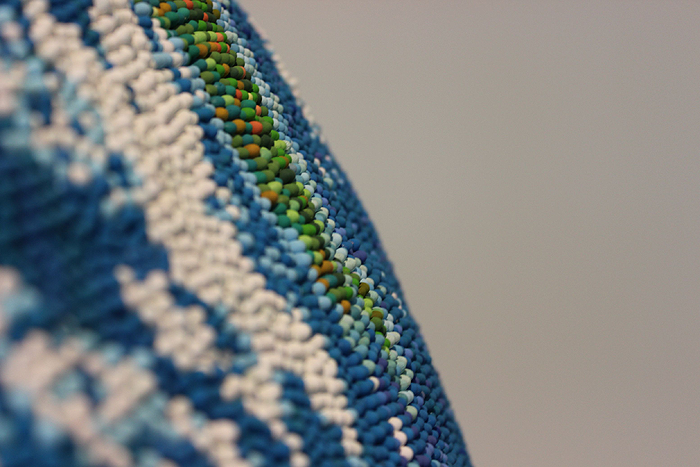 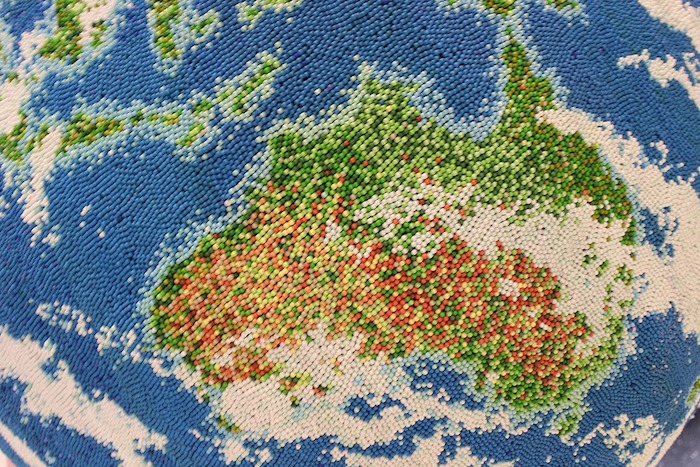 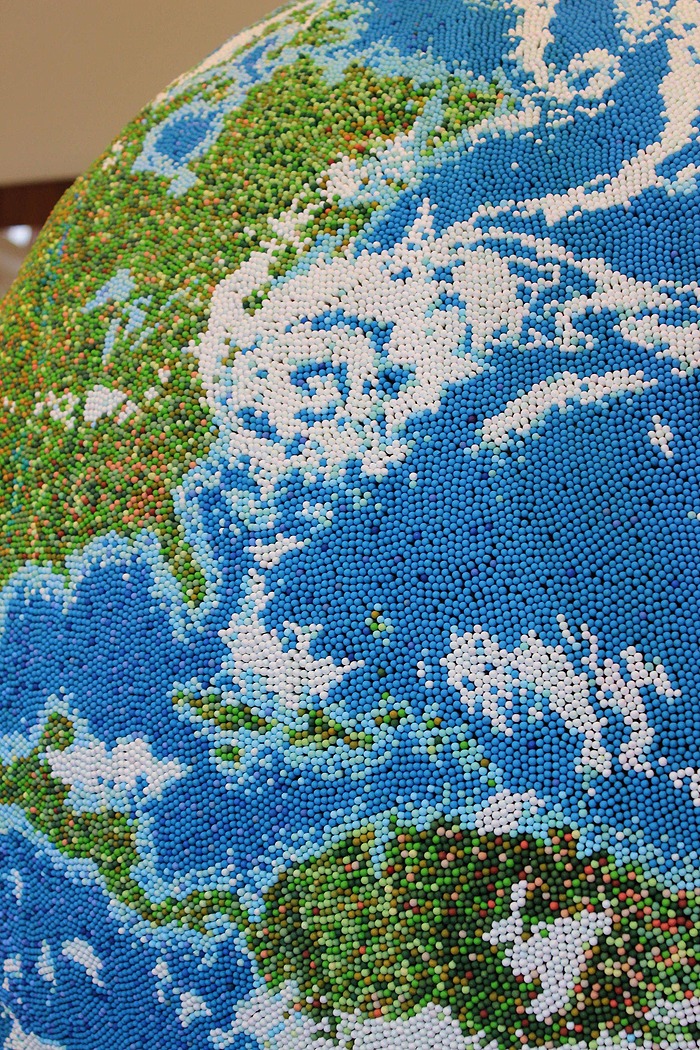