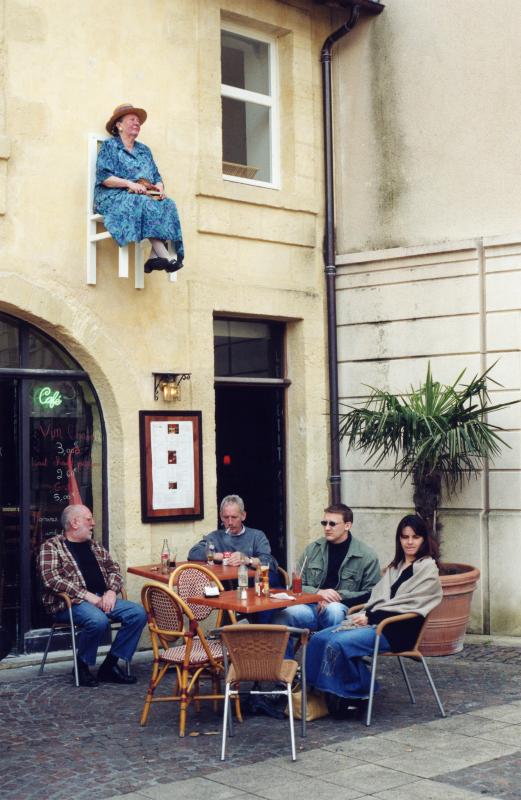 X-Fois Gens Chaise, or X-Times People Chair, is a site-specific piece created by German artist Angie Hiesl. During each performance, selected people between the ages of 60 and 70 float overhead on metal white chairs attached to the faade of various buildings. As the performers sit, perched in the air, they conduct normal, everyday activities such as reading the newspaper, folding clothes, knitting, and having a snack–they just happen to be doing these activities from 20 feet off the ground!

The project is hilarious and passers-by can't help but pause to take a look at the incredibly surprising display overhead. Hiesl's intentions are to transform a recognizable place into what she describes as a “rearrangement of reality,” encouraging viewers to take a new look at what we once believed to be a familiar space.

During the piece, the performers ignore the crowds who stop to stare. When time is up, they simply climb down a ladder and walk away, stunning the crowds who have congregated below. Hiesl is well known for producing art in public spaces and has shown this installation piece all over Europe as well as in South America.

You can also check out a video of some live reactions to the public displays here on YouTube. 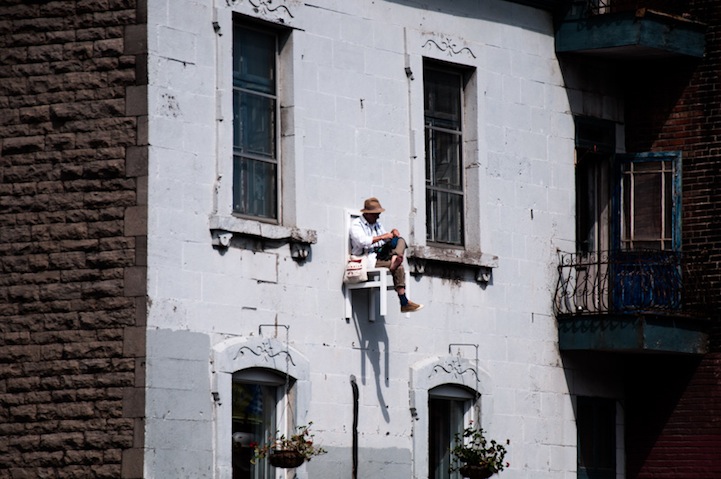 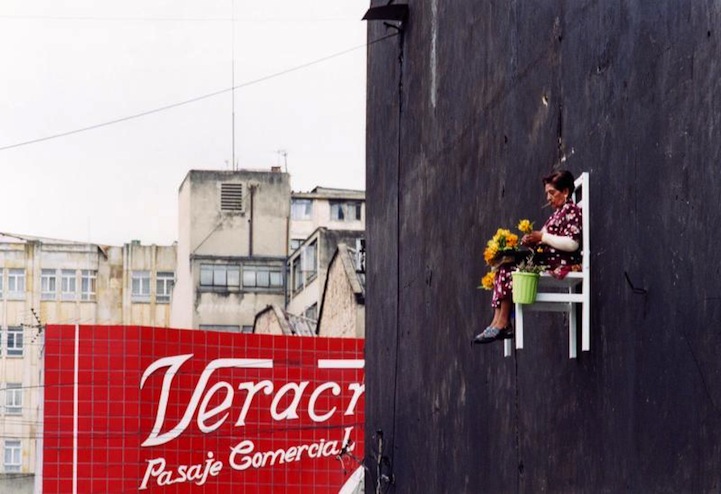 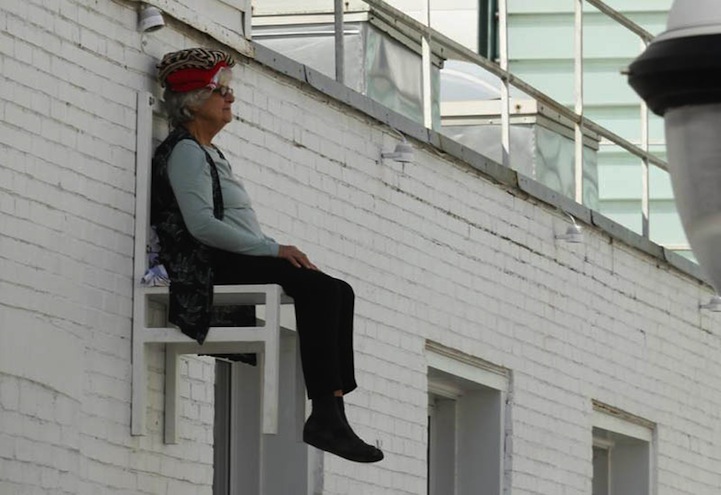 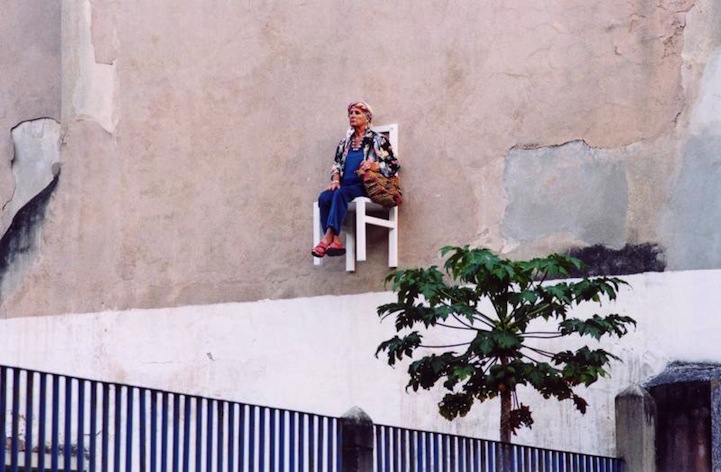 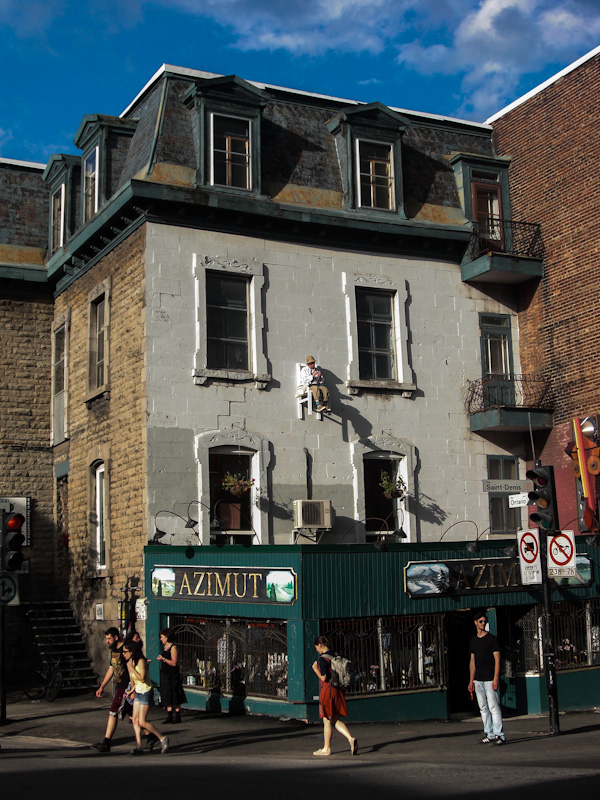 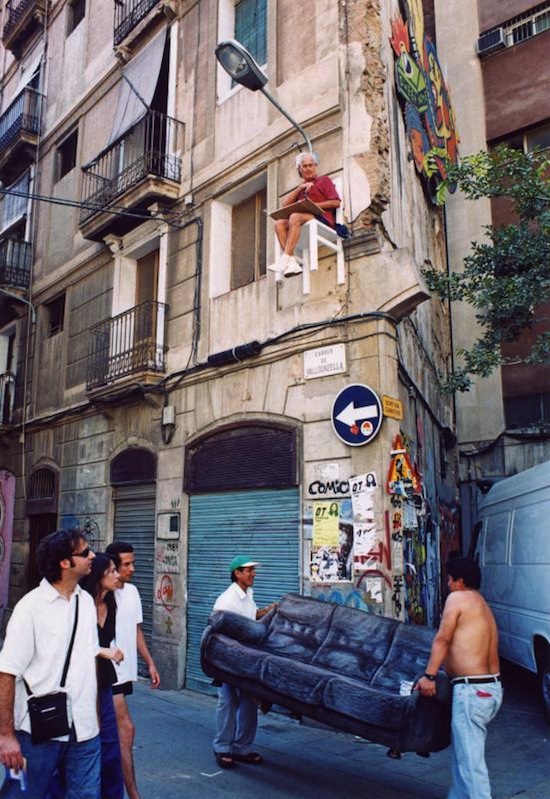 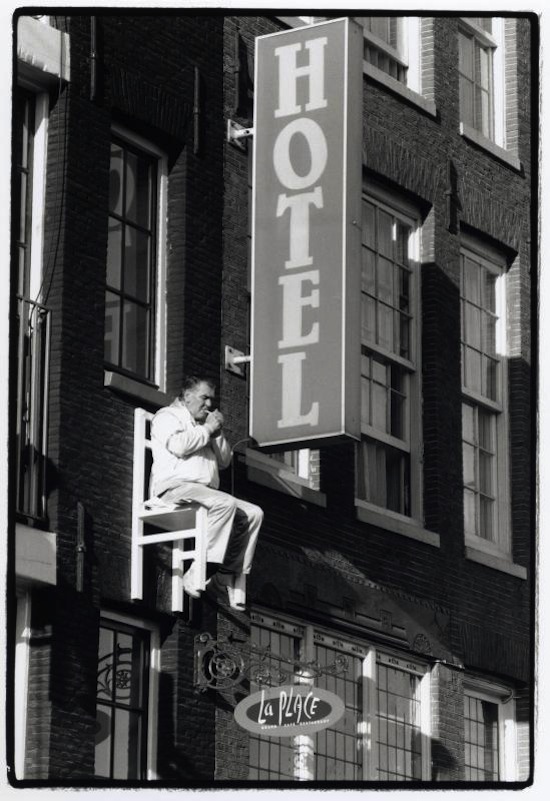 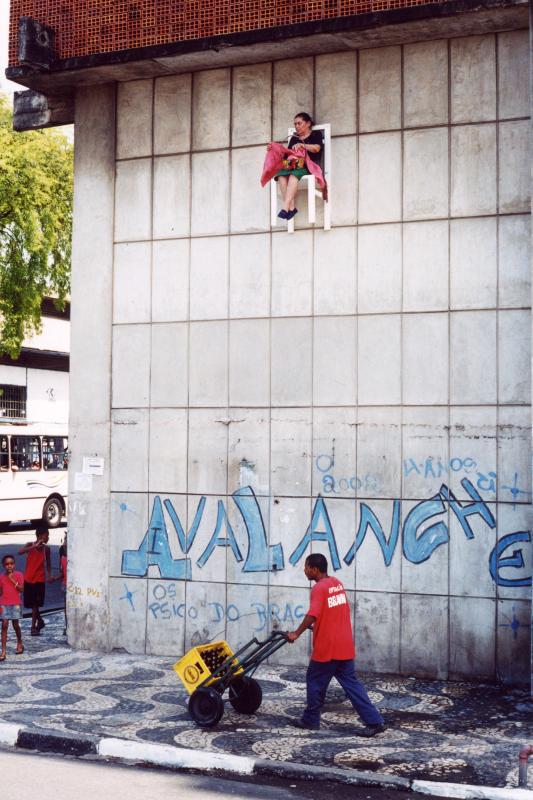 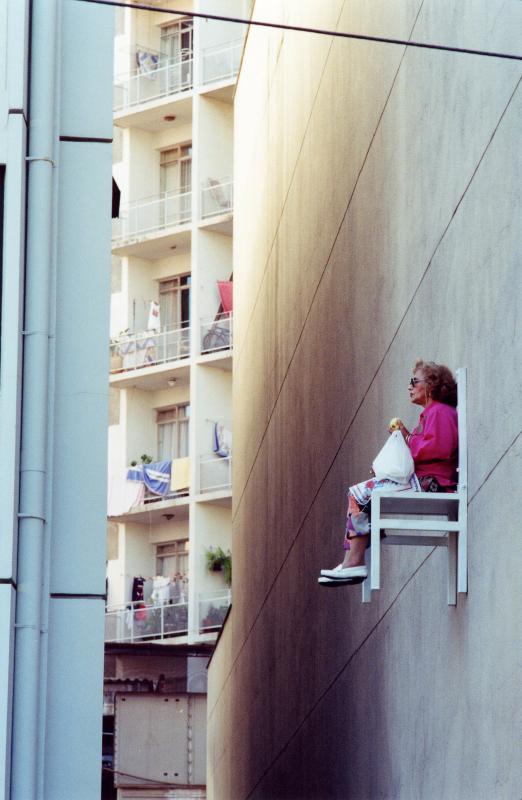 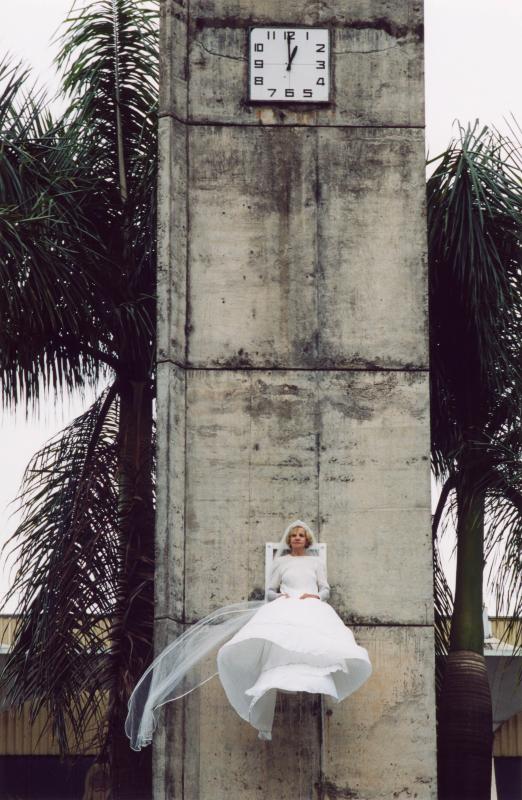 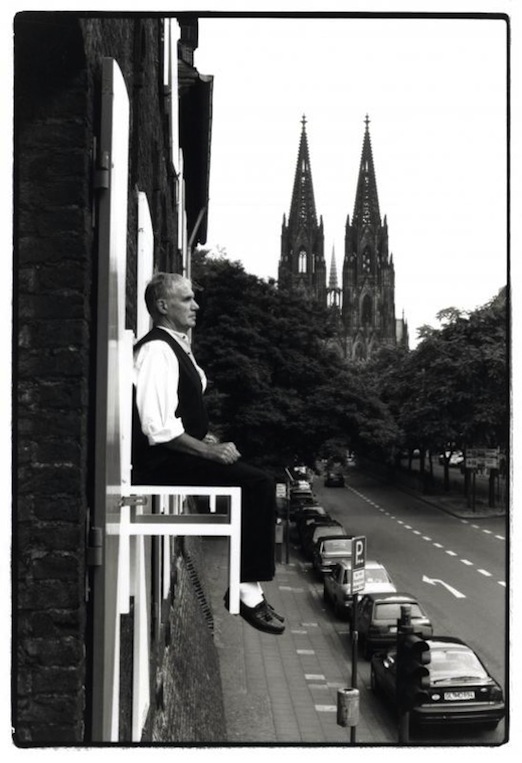