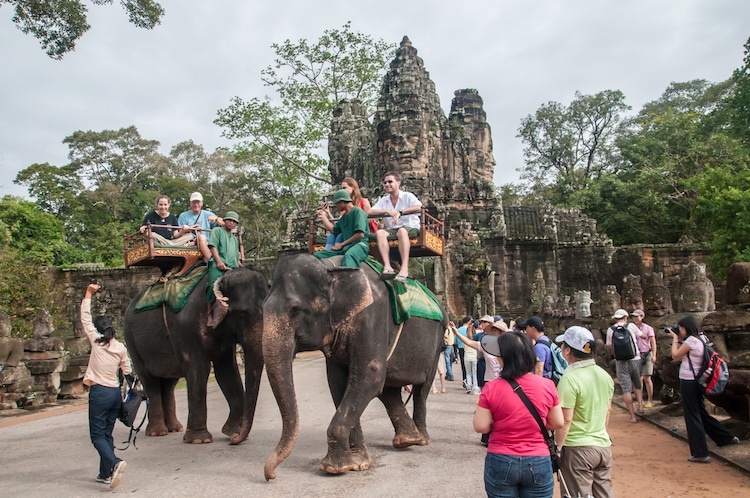 Every year, over 2.5 million people make the journey to visit Angkor Wat, Cambodia's enormous temple complex. Its role as the most popular tourist attraction in the country means that a host of other tourism services have sprung up to support travelers. One of the most controversial parts of this destination is the elephant rides offered at Siem Reap's Angkor Archaeological Park. But now, thanks to pressure from activists, the park is instituting a ban on elephant rides starting in 2020.

It's a big step for the park's management company Apsara, which announced the new policy in June 2019. At the time, it said that two of the fourteen elephants located in the park had already been relocated to a nearby forest and that the others would make the move early next year. At that point, they will be allowed to live naturally under the care of the Elephant Management Association.

“The elephant is a big animal, but it is also gentle and we don't want to see the animals being used for tourism activities anymore,” says Long Kosal, a press representative for Apsara. “We want them to live in their natural surroundings.” 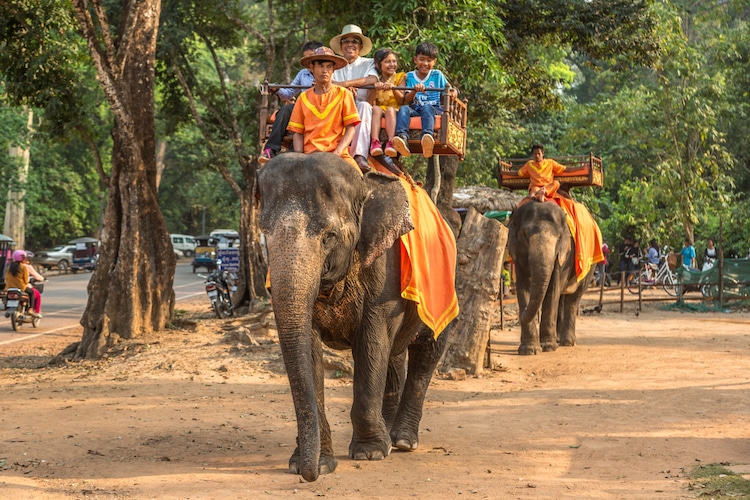 Elephant rides at Angkor Wat first came under international fire in 2016, when an elephant named Sambo died from what was thought to be a mix of heatstroke and exhaustion. Used to ferry tourists around the park and to climb mountains on a daily basis, the elephants were put under stressful and exhausting situations, which is why many in the local community are happy about the change.

“I support the decision to transfer them,” says Ly Huoch, a resident of Siem Reap province, “because the elephants are working so hard and should be free. I feel sorry for the elephants.”

Their decision also comes after TripAdvisor enstated a strict animal welfare policy banning the sale of tickets to many types of animal attractions, leading the way for better treatment of animals used for tourism. And the change can't come soon enough. According to the World Wildlife Foundation, the population of Asian elephants has plummeted by at least 50% since the beginning of the 20th century. With Angkor Wat taking such a firm stance, it's certainly possible that other services will follow suit to help give these endangered animals a better life.

You Can Visit This Japanese Island Overrun with Friendly Bunnies