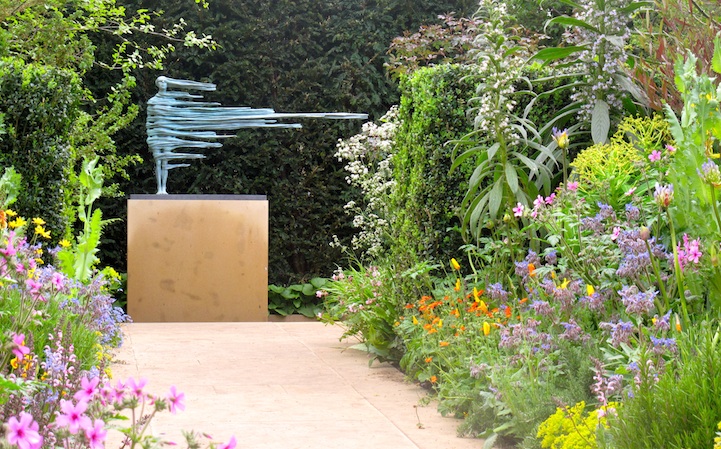 Anna Gillespie's wind-blown bronze sculpture, called To the Limit, was recently showcased in Chris Beardshaw's award-winning garden in Chelsea. Beardshaw, a U.K. gardener who's best known for his work on the BBC's television series Gardeners' World, invited the sculptor to show her work there to aid in Arthritis Research. As Gillespie told us, “It's a disease which he has suffered from since his late teens and yet which he has overcome through keeping active in an intelligent, non-impact, way. He wanted to convey a range of feelings from the depression which can be felt upon first diagnosis through to a coming to terms with the disease and then living a full life.

“I thought he used the sculptures beautifully and, although I am not a gardener myself, I was absolutely blown away by the planting. I just felt incredibly privileged to have my work shown in such a beautiful environment. I was also delighted by the reaction, which is that the public voted Chris' garden as the People's Choice [at this year's RHS Chelsea Flower Show].”

In addition to To the Limit, Chris also displayed Gillespie's hunched over bronze sculpture called Homage, which can be seen below. In such a vibrant setting, Gillespie's sculptures truly come alive. 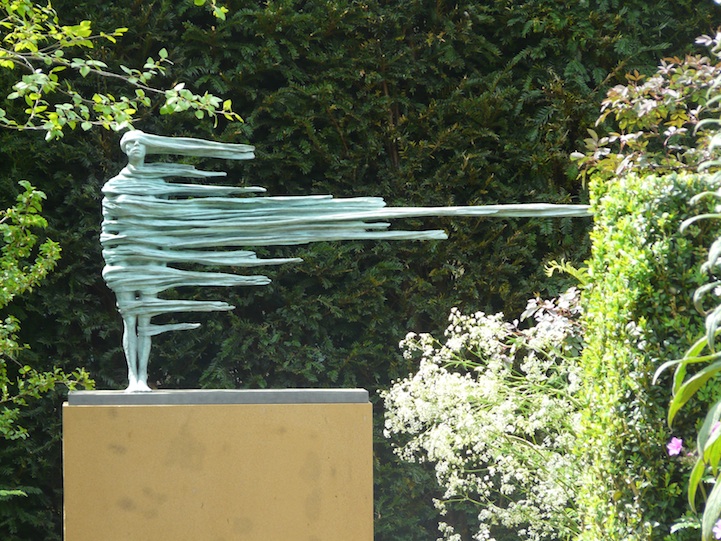 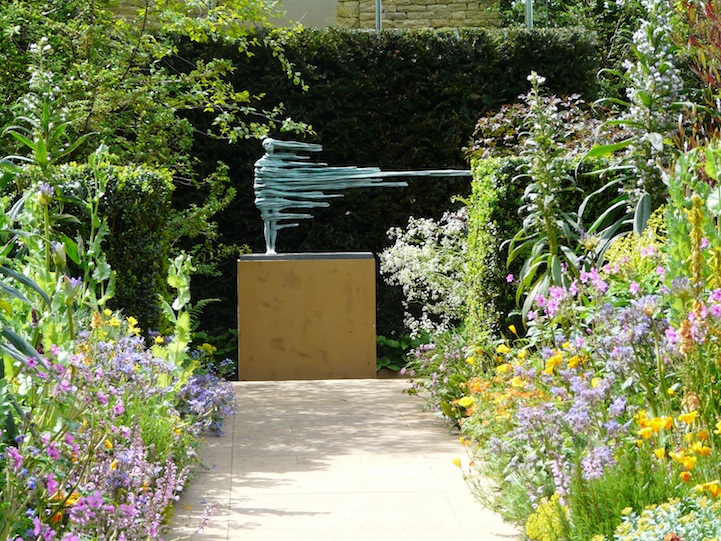 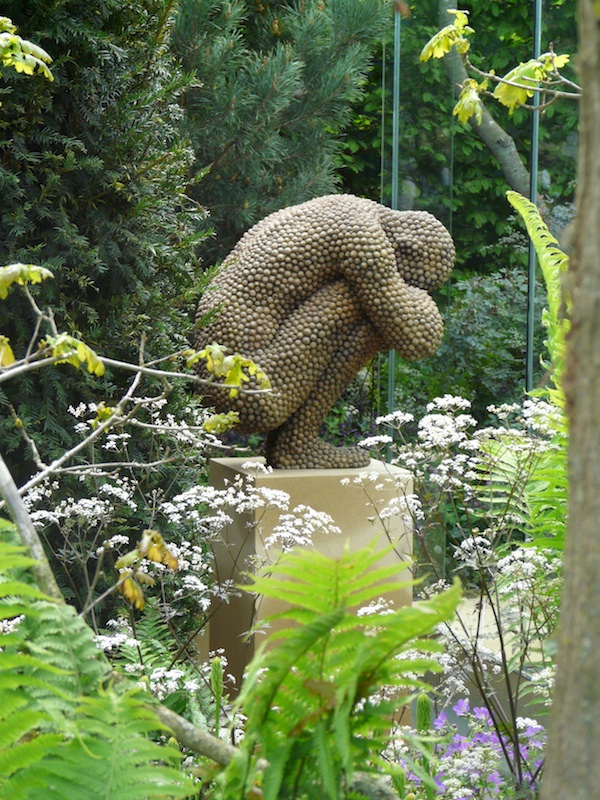