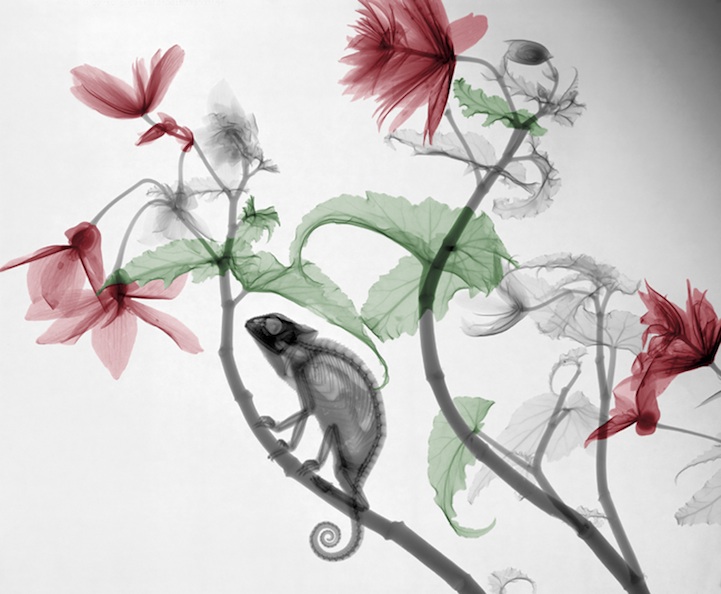 In late October, at the TEDx event in Groningen, Netherlands, one man stood on the stage and gave a fascinating talk about how his life's work had taken him on a journey to becoming an artist. Arie van't Riet studied radiation physics at Delft University of Technology and obtained his PhD from Utrecht University. As a registered medical physicist, he saw first-hand at the hospital, the amazing progress in image quality x-rays had achieved.

One day, his colleague asked him to take an x-ray of one of his art paintings. It was a thin object and van't Riet had never done something like this before, but as he said, “it worked.” This got him thinking about what other kinds of thin objects he could x-ray and flowers came to mind. He started with a bouquet of tulips. The analog image, or the silver bromide x-ray film, resembled a black and white negative. It was digitized, inverted, and then selectively colorized in Photoshop. “And then some people told me that's art,” he humorously states, “and I became an artist.”

van't Riet went on to x-ray insects and then complete natural scenes that included animals like lizards, turtles, cats and monkeys. He calls these beautiful works “bioramas.” As he states on his website, “I prefer [to] X-ray objects of ordinary scenes like a butterfly nearby a flower, a fish in the ocean, a mouse in the field, a heron along the riverside, a bird in a tree and so on. Each time it is challenging me to arrive at an X-ray photograph that represents the sentiment of the scene, to raise questions and excite curiosity. I hope, in most of the images presented here, I succeeded.” 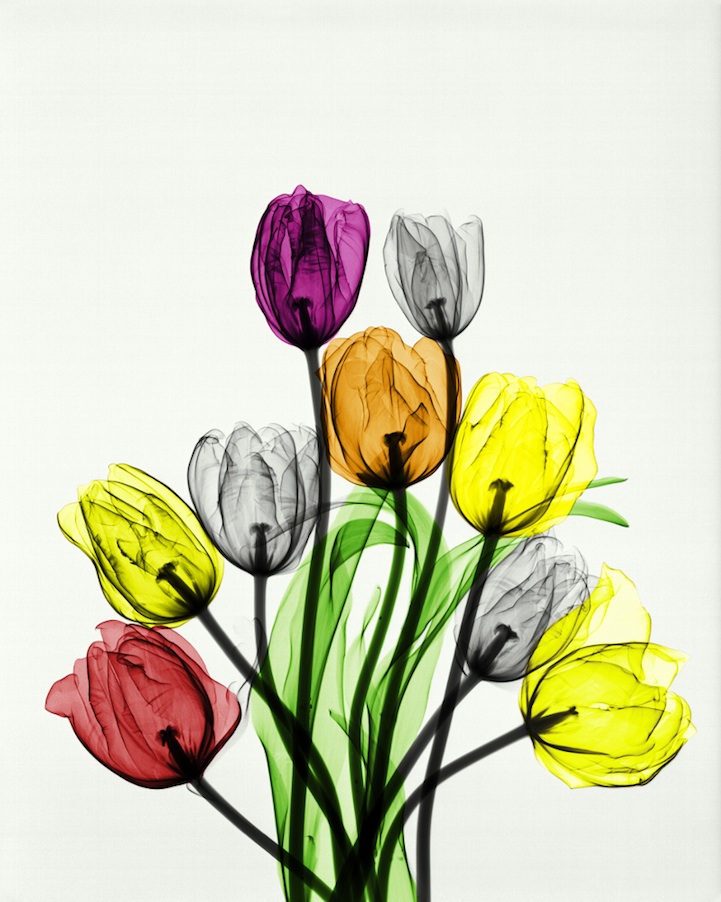 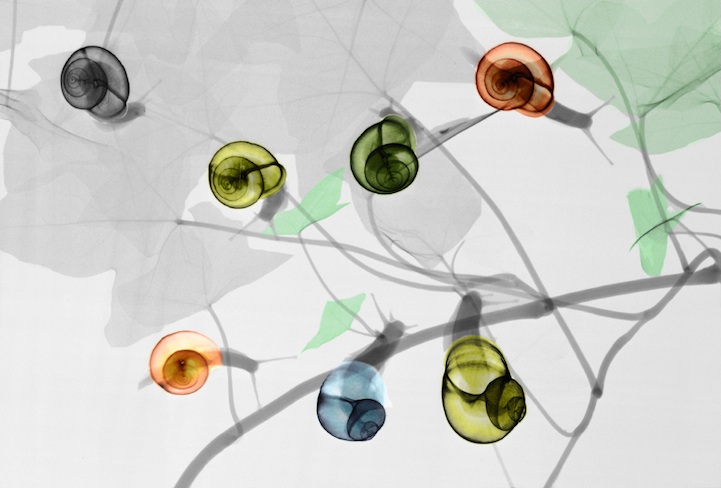 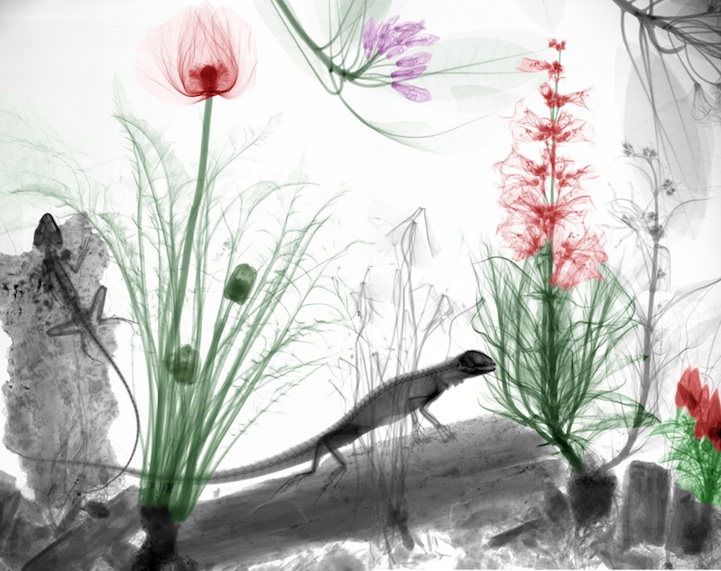 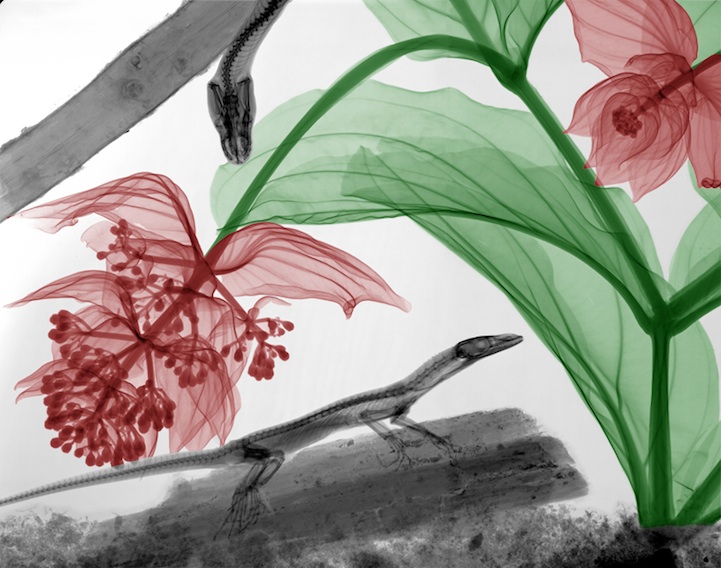 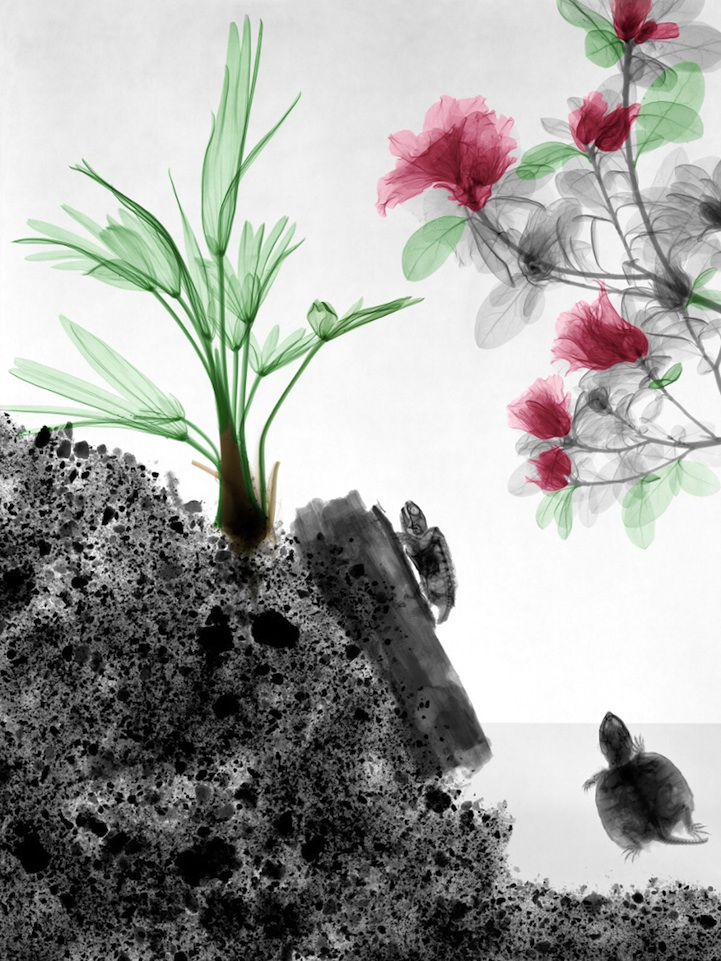 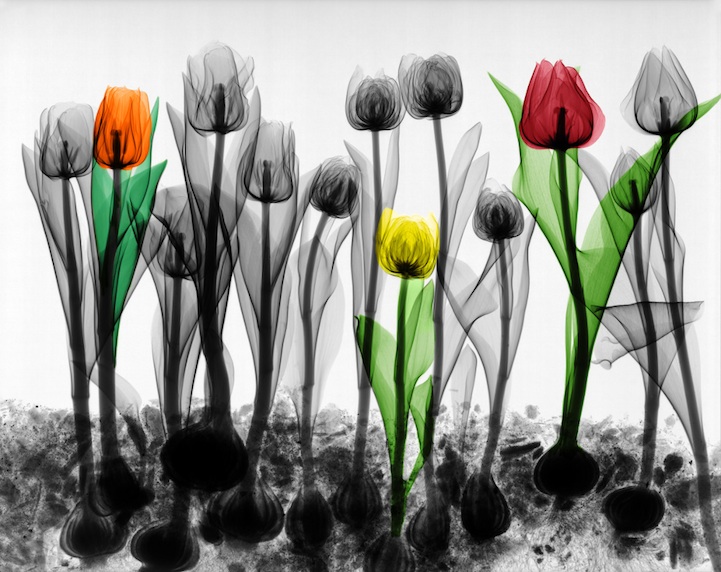 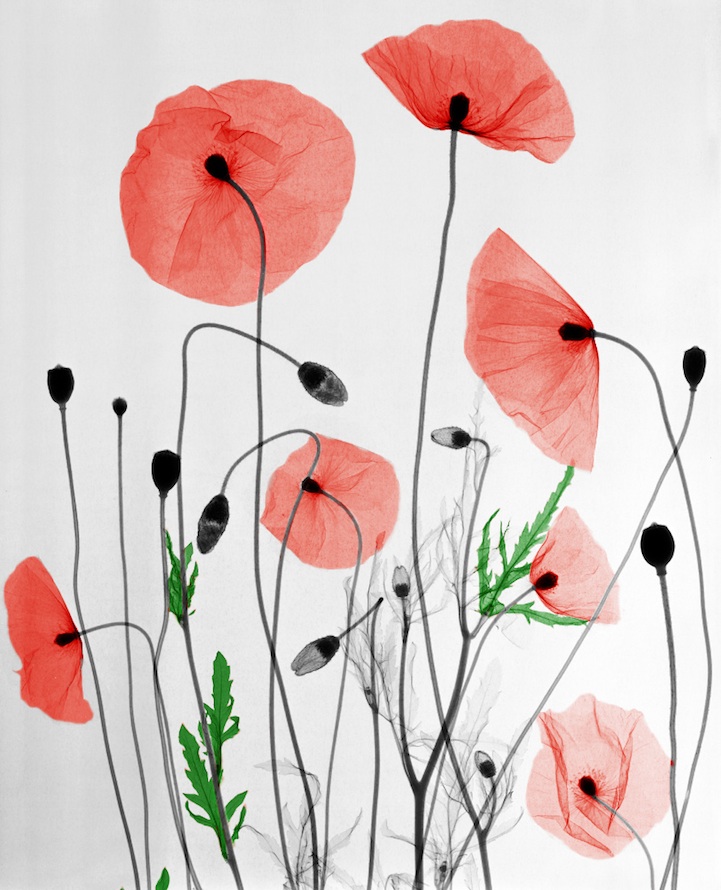 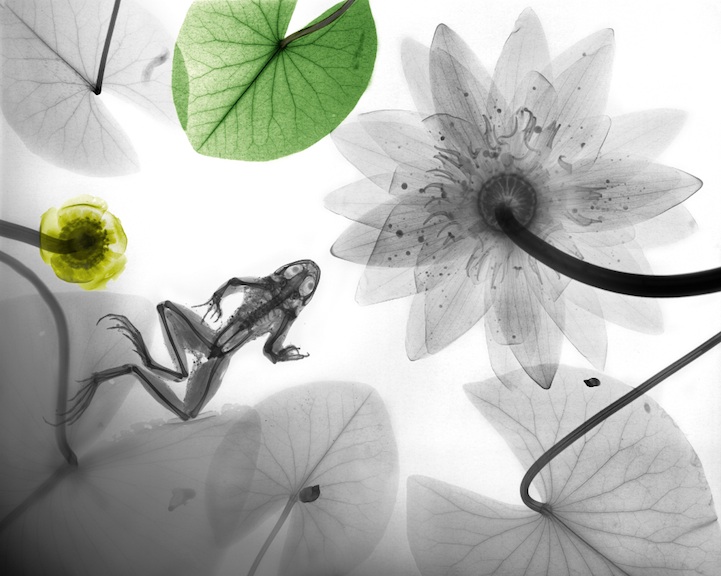 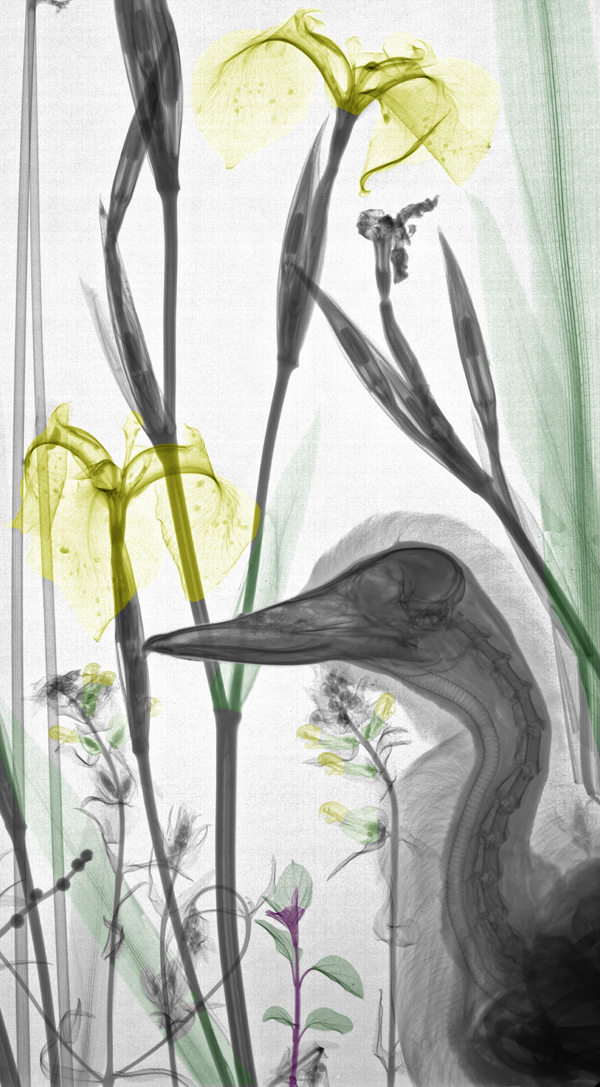 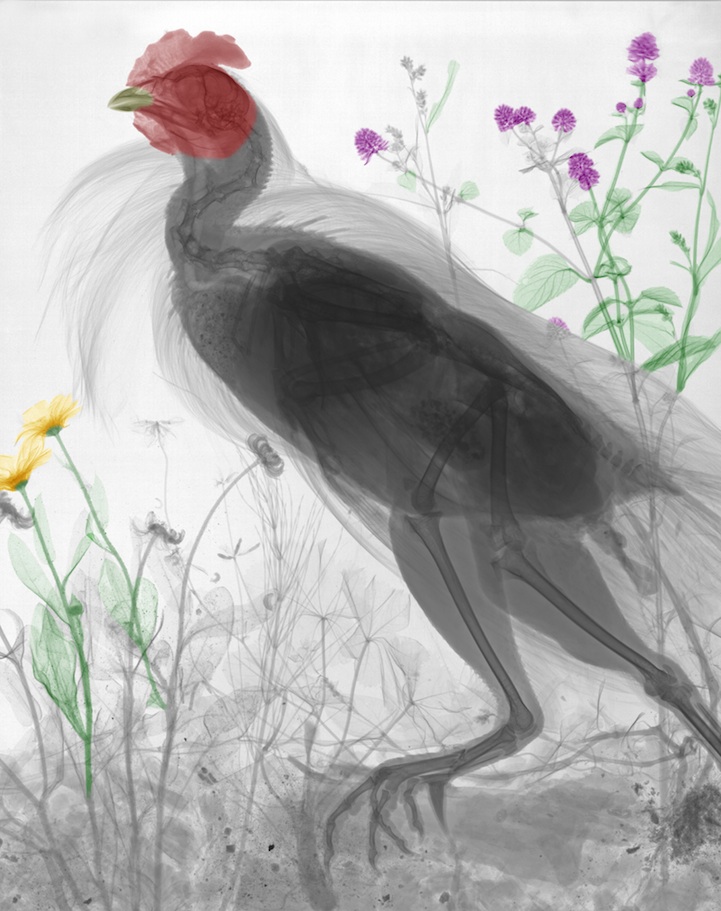 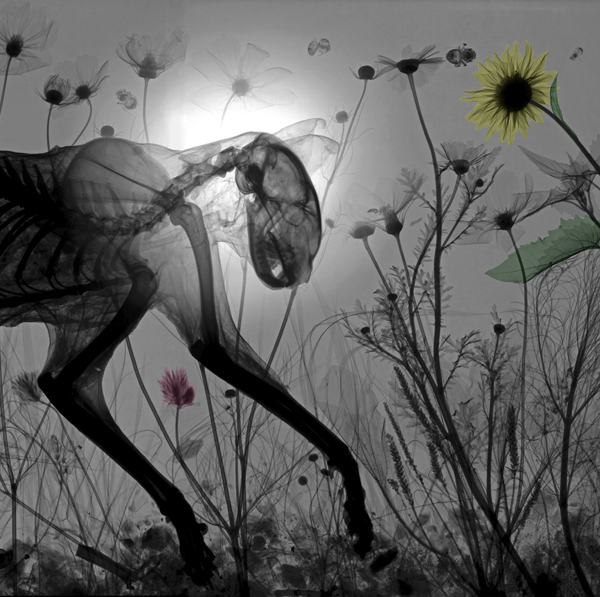 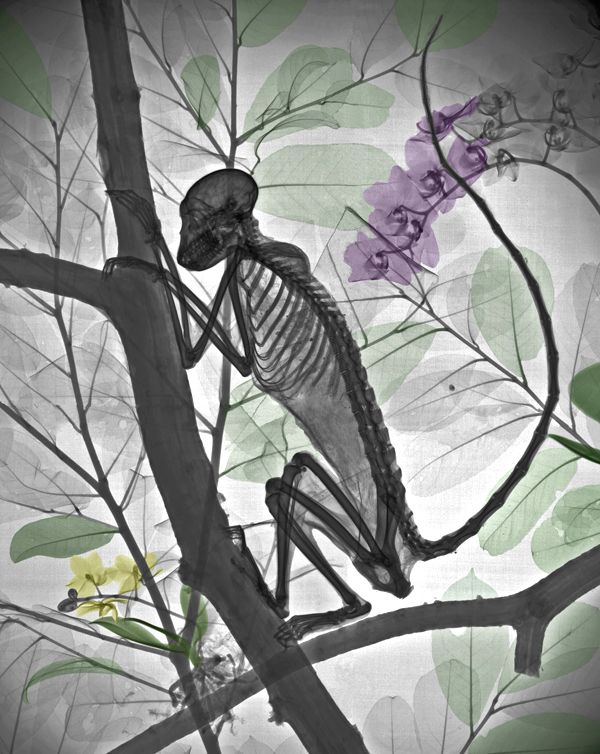 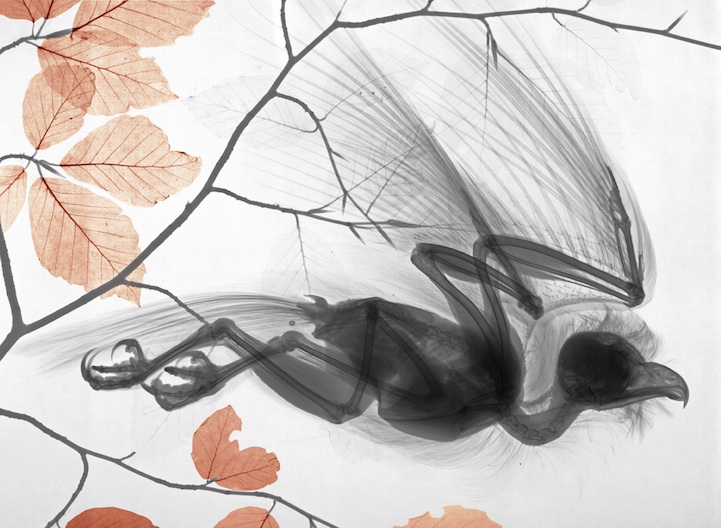