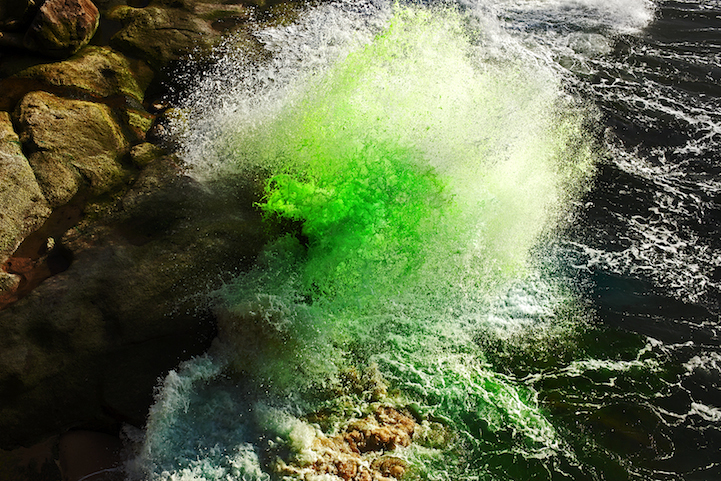 The stunning images are filled with a feeling of gentle violence, as the colorful waves crash forcefully into rocks and then recede back into the sea. The unnatural-looking sprays of water evoke the imagery of chemical pollution or spills of blood that are washed away by the ocean. Arnaud's photos challenge perceptions, forcing the viewer to reconsider the relationship between humans and nature.

“I rely on the camera as a device with technical features that can give tangible shapes to ever-moving fluxes, in this case the waves,” the photographer explains. “The high shutter speed transcends the human reflex of persistence of vision: it reveals existing shapes that the ‘mortal eye' cannot perceive on its own. Here, colour is seen as a raw material, as are the waves and the rocks. Colour adds density and thickness to transparent water, thus enhancing the flux fixation process.” 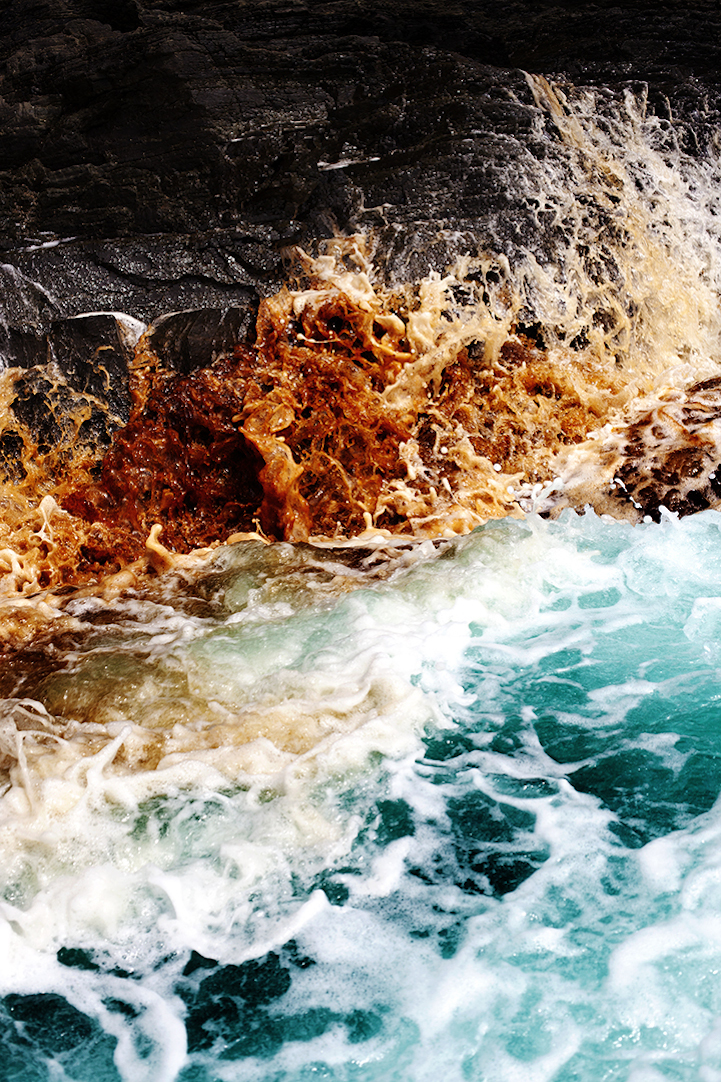 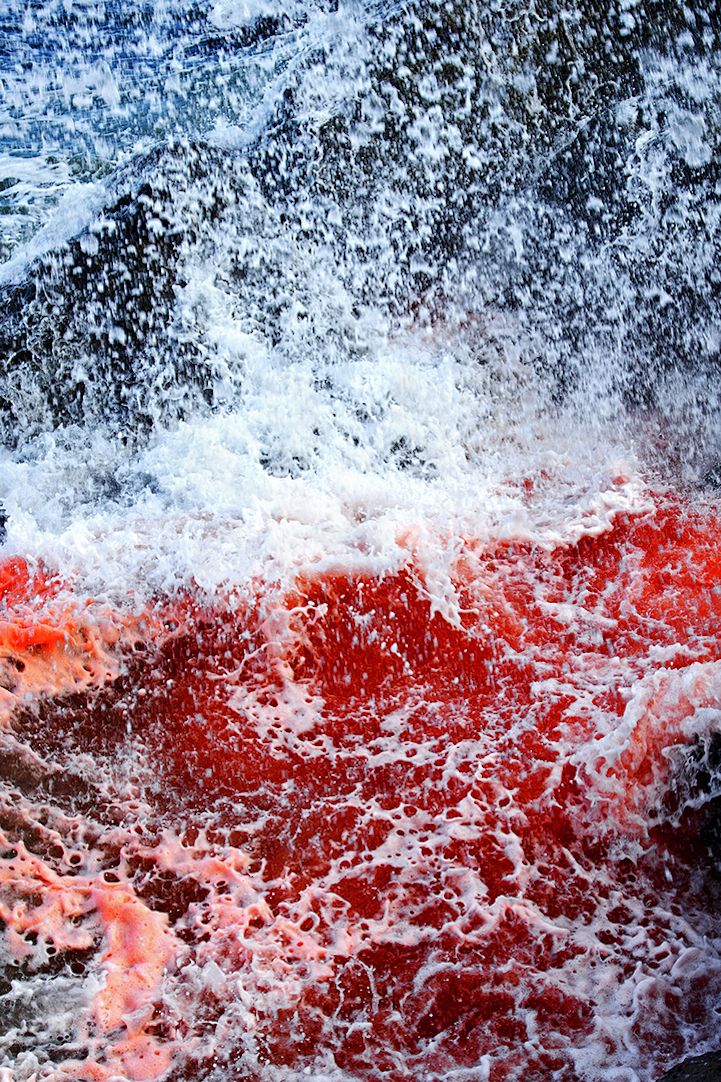 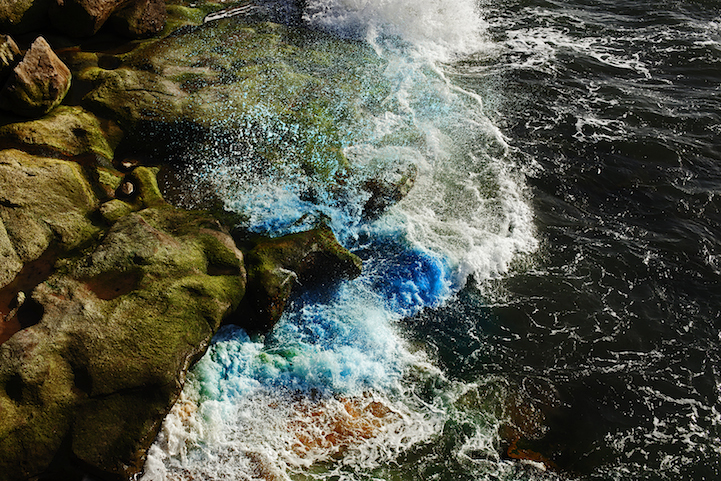 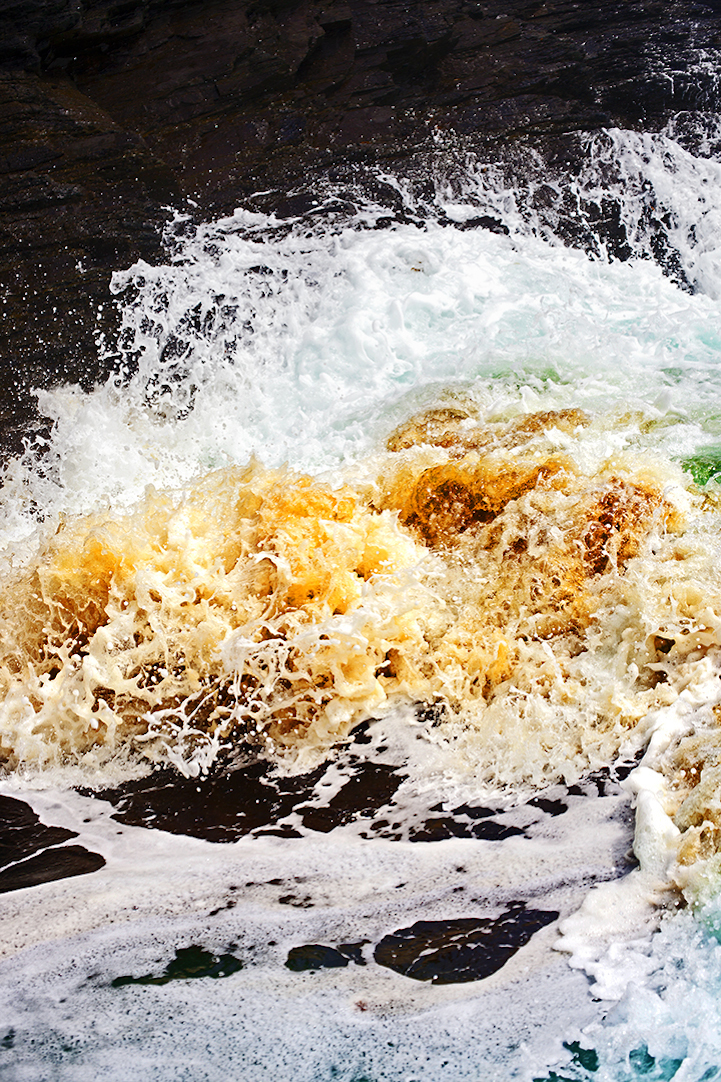 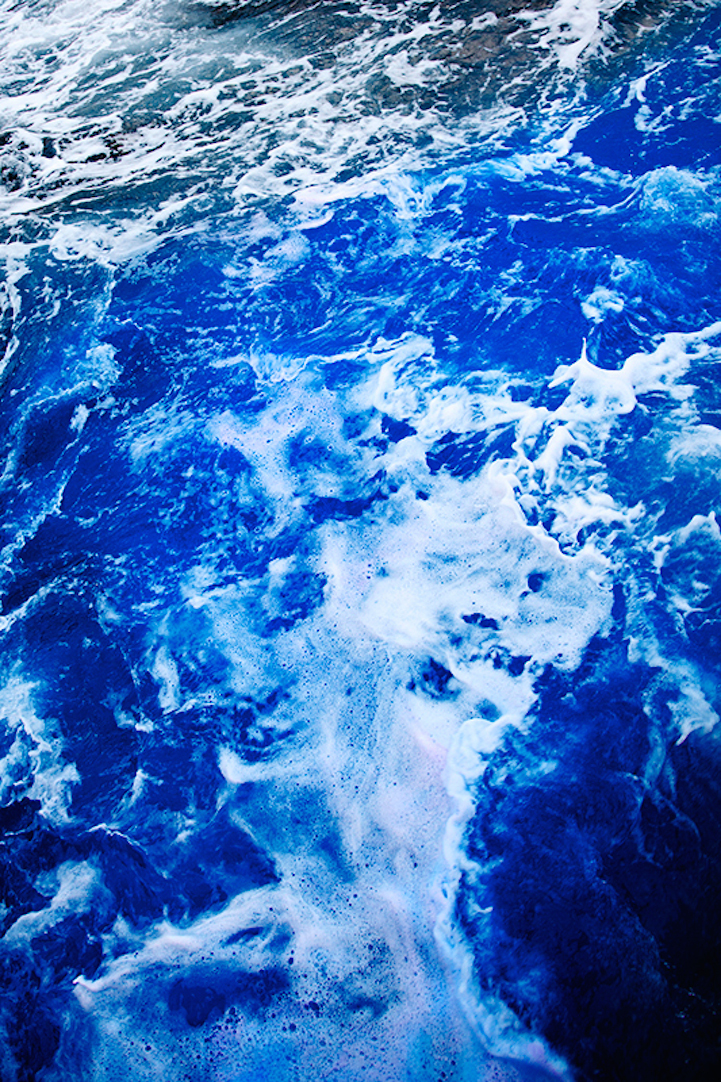 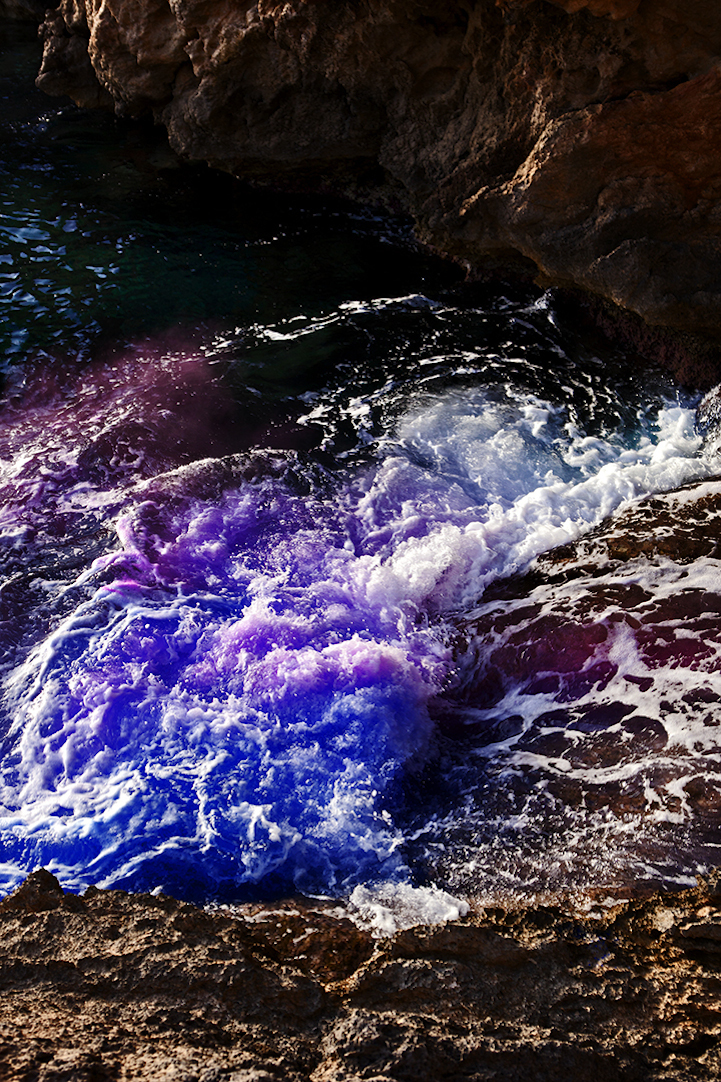 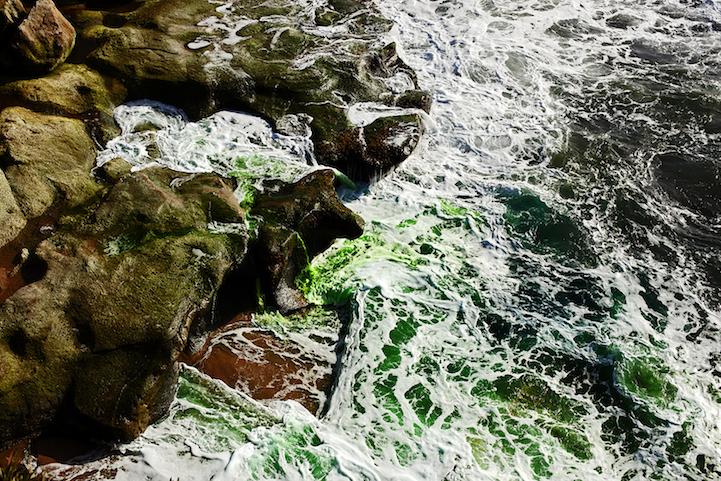 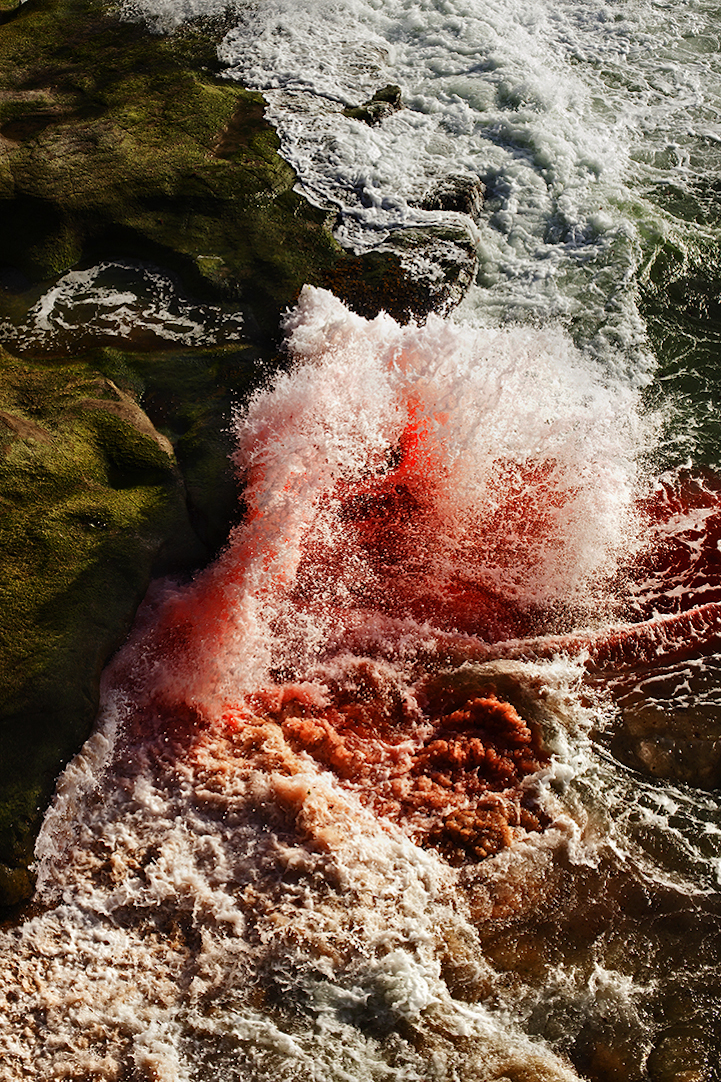 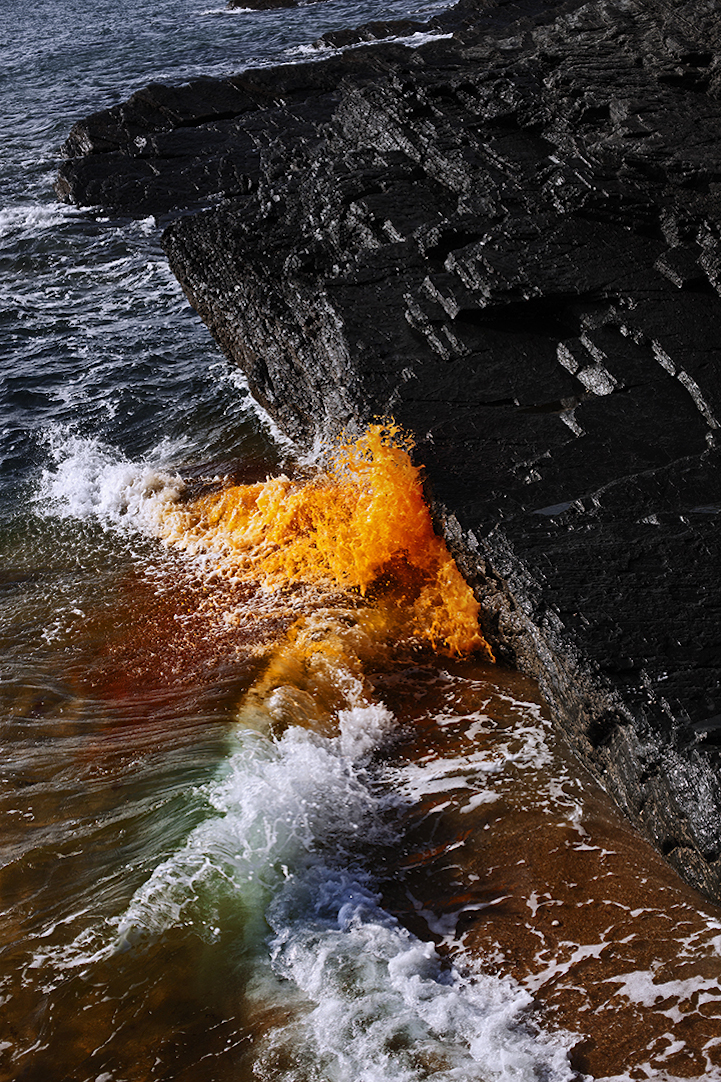 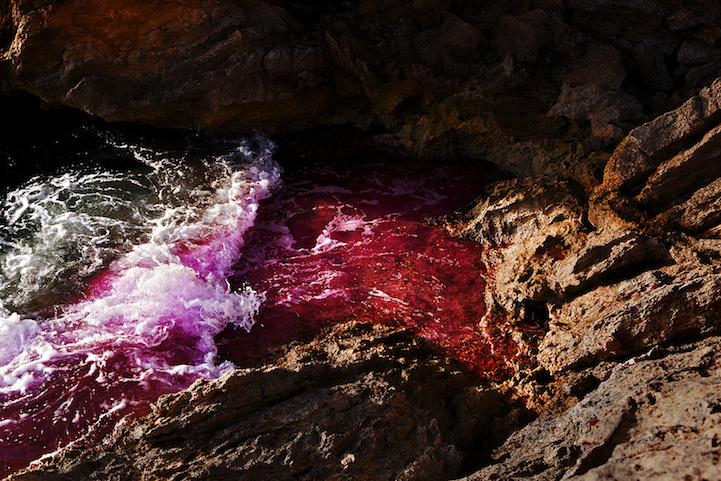 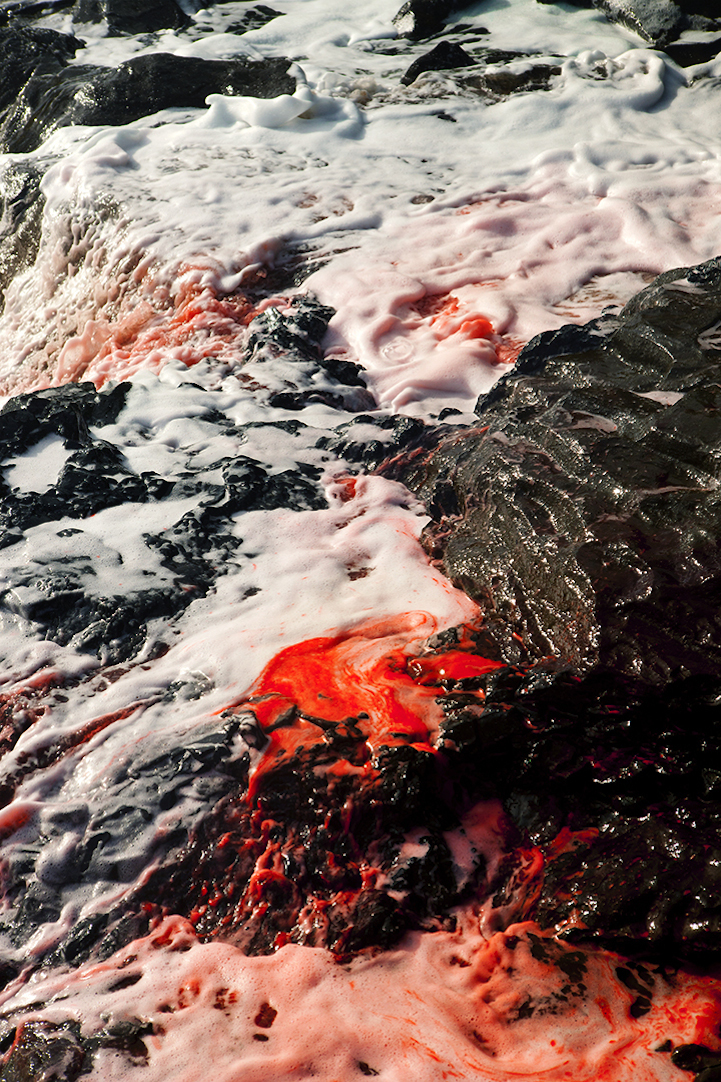 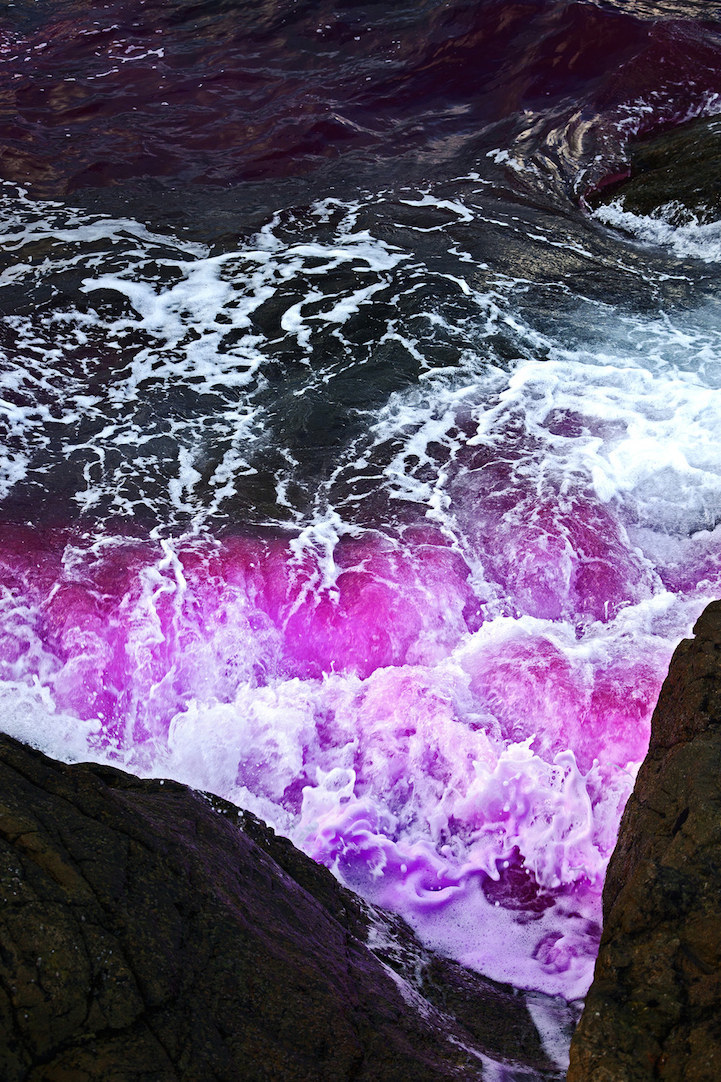